A rendering of what a Nigeria Air aircraft could look like. (Photo: Nigeria Air)

Nigeria’s much anticipated Nigeria Air will finally launch in 2023, according to the West African country’s Infrastructure Concession Regulatory Commission (ICRC). The office of the country’s president officially agreed to the extended deadline, according to ICRC Director General Michael Ohiani.

“I want to assure the Nigerian public that we are working round the clock to get it operational. We are working with the Ministry of Aviation and we have just gotten a presidential approval,” Ohiani said in a statement. He believes that Nigeria Air will begin operations before the current presidential administration ends. To launch, the Nigerian government has begun talks with Airbus and Boeing to purchase the first three narrow-body planes for Nigeria Air.

Since the project’s inception, Nigeria has frequently postponed the debut of the national airline. The airline was a campaign pledge for President Muhammadu Buhari years ago, and Nigerians have been waiting for its opening since 2018. Hadi Sirika, the nation’s Minister of Aviation, stated in November 2021 that the airline would be operational in April 2022. It may not come as a surprise to many people if the new date eventually gets pushed back as well.

As a result, it’s critical for Nigeria’s airline to get up and operating as quickly as possible in order to keep up with the competition.

Emirates Airlines, the national carrier of the United Arab Emirates, and Qatar Airways, its Qatari counterpart, have rallied behind Nigeria’s new national carrier initiative, which is set to start off next quarter. While Qatar Airways is one of the legacy carriers asking for a technical collaboration, Emirates has only agreed to help Nigeria if invited by the government.

The Ministry of Aviation has also requested an air operator’s certificate and an air transport licence from the Nigerian Civil Aviation Authority, in addition to forming an interim staff to supervise the incubation phase.

When asked if Emirates would get involved in Nigeria Air, during a panel discussion at the World Government Summit 2022 in Dubai on March 28, CEO of Emirates Airlines, Tim Clark said, “If the Nigerian government and the Minister need some assistance in how they go about – perhaps a blueprint – we are very happy to help them, but I would say that they have the wherewithal. They are clearly understanding what needs to be done and they are doing it; and probably within the next year, they will have a very good carrier flying.”

Clark stated he believed there was a viable business case for Nigeria Air as Nigeria was “the powerhouse of Africa.”

“There is an enormously compelling business case for it, and quite honestly, we’re all very interested in flying there, as it’s a very rich nation in terms of demand for services and the Nigerians are seeking to travel all over the world,” he. He also said he like to see Air Nigeria offer service to Dubai due to the high demand it offers. While not addressed by Clark, any investment by Emirates would likely lead to a formal partnership between the two carriers to provide services to travelers connecting beyond their respective hubs. 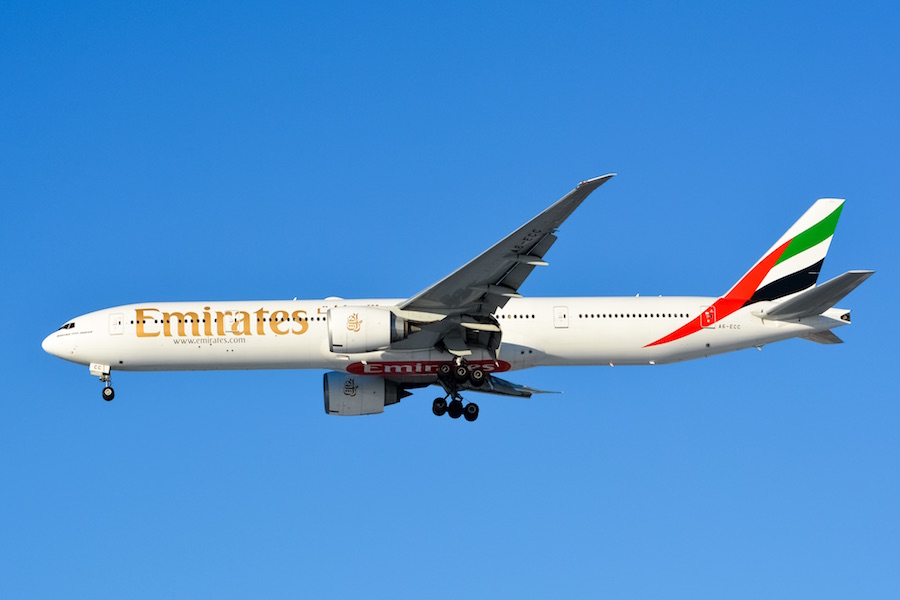 Nigeria Air invited interested private businesses to make ideas for the takeover and development of the new carrier last month. At the ongoing World Development Summit in Dubai, Sirika said that the process to establish the new airline was in full effect and that it would be delivered before the conclusion of this administration. (Nigeria’s next election is in February 2023.) According to Sirika, Nigeria’s potential is too big for the country to be without a national carrier.

“Nigeria is situated at the centre of Africa; equidistant from all locations in Africa of about 30.4 million square kilometres miles, 1.5 billion people and very green land,” he said at the time. “If Central and Eastern Africa are the belt of the continent, then Nigeria is the buckle. We have 200 million people and a rising middle-class with a high propensity to fly. So, Nigeria is a candidate for a national carrier.”

The minister emphasized that the government will only have a 5% investment in the private sector enterprise, with no government control or board involvement. He told the world that Nigeria had recovered from the devastation of the Covid-19 outbreak to become a stronger aviation center that benefits everyone.

“What we said we would do, as a government, has happened since 2015,” Sirika said. “That is why Tim Clark’s Emirates, Qatar Airways and all of them are looking to go into Nigeria at multiple frequencies and multiple landing points because Nigeria is the right place for airline business.”

Luis Felipe de Oliveira, Director-General of Airports Council International, has said a new airline has a lot of promise.

“The potential is huge not only in Nigeria but in Africa,” he said. “But we need to find a way to reduce the restriction inside and outside of Africa, to have more passengers flying.”

Nigeria Airways, which discontinued operations in 2003, will be replaced by Nigeria Air. The replacement was conceived as a public-private partnership project, with the federal government holding only a 5% interest. Nigerian financial and institutional investors would hold 46% of the company, with international partner airlines and technical partners owning the remaining 49%.

John Ojikutu, Secretary-General of the Aviation Safety Round Table Initiative, encouraged the federal and state governments not to take more than a 10% interest in the airline to make it a flag-carrier rather than a national airline. By extension, Ojikutu stated that 40% should go to international technical/investor partners, while 20% and 30%, respectively, should go to “respectable” Nigerian investors and the general public. He, on the other hand, was wary of working with airlines that currently compete with Nigeria on its Bilateral Air Service Agreement routes.

“Using Qatar, Turkish or any Middle East country, E.U. and U.S. airlines that are on our BASA routes, in any partnership, cannot profit the airline. Get technical partners from Australia, New Zealand, Canada and so on,” Ojikutu said at a press conference.