An Aeroflot A321 in London (Photo: AirlineGeeks | William Derrickson)

Aeroflot restarted its once-weekly service to China between Moscow and Guangzhou on June 6, 2022. The service resumption follows the flight resumptions to India and Turkey in May.

Since early March 2022, many western countries have banned Russian carriers from their airspace following Russia’s invasion of Ukraine. The Moscow-based airline suspended all international flights citing “unfavorable conditions” on March 8 before restarting international services to friendly countries on April 9. In May, the airline further expanded its global service to include India and Turkey.

The airline initially planned to resume its China service between Moscow and Shanghai simultaneously with New Delhi and Istanbul flights. Despite selling flights to Shanghai through travel agencies in April, they did not materialize due to the COVID lockdown in China. The airline hasn’t revealed any revamped plans to resume service to Shanghai yet.

Russian airlines have minimal choices when it comes to international flying. Besides the airspace restrictions and export control on spare parts, almost the entire country’s planes saw their flight certificate suspended by the Bermuda Civil Aviation Authority.

The suspension prompted Putin to enact new laws for nationalizing foreign aircraft. Most Russian airlines followed suit to re-register the country’s fleet to retain airworthiness. As a countermeasure, the U.S. Department of Commerce identified a list of U.S.-made airplanes to further prevent those airplanes from flying illegally.

However, the sanctions did not deter Russian operators from continuing to fly these airplanes and, in some cases, internationally. China has been a popular international destination for the western jets. According to data from FlightRadar24, all five of Aviastar-TU’s Boeing 757-200 cargo airplanes on the sanction list have flown to Zhengzhou, China in May. They have likely refueled in China to complete the 5900 miles flight from Moscow to Novosibirsk, Russia, with a cargo stop in Zhengzhou. The refueling service would have been a clear violation of the U.S. sanctions on the Chinese part.

However, the situation will change as pressure tightens on the sanctions. Russian media RBK reports the Chinese Aviation Authority has closed its airspace to the dual-registered airplanes. The Chinese Foreign Minister denied any knowledge of this matter as the policy is not publicized. However, Aviastar-TU has swapped the 757s with the Russian-made Tupolev Tu-204 jets, indicating the news might be authentic. According to the report, Turkey also issued a similar policy around the same time.

The latest bans from the Chinese and Turkish regulators are the countries’ way to avoid picking sides. Both countries would like to stay in good standing with the international aviation community by not rejecting a lessor’s bid to repossess stolen airplanes. Therefore, it is easier to ban the stolen assets from flying into their territories.

Apart from challenges generated by the sanctions, the heavily-sanctioned airline also faces potential repossession of leased airplanes under the Cape Town Convention. According to Aeroflot’s 2020 annual report, the company’s entire fleet is on lease as of 2020. 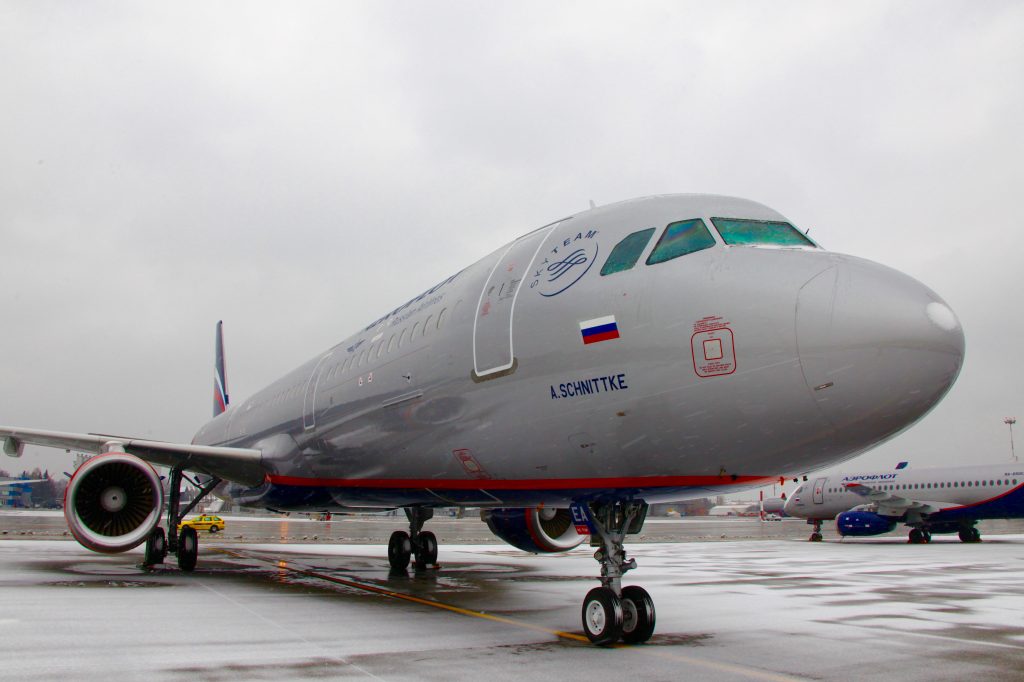 An Aeroflot A321 (Photo: Aeroflot)

The company uses the Airbus A320 family for narrowbody international operations exclusively. This predominancy is likely a result of the U.S. sanction. Twenty-one of the carrier’s 37 Boeing 737 family jets are on the sanction list, and none of the 737 has flown internationally since April. The A320 family jets operate Belarus, Iran, and Kyrgyzstan flights.

Kyrgyzstanis a signatory of the Cape Town Convention, and it is obligatory to assist lessors in repossessing aircraft when necessary. Therefore, Aeroflot has only sent aircraft owned by either Russian or Chinese lessors to the country. It is unlikely that lessors from either country will impound the planes due to the close ties.

On the other hand, both Belarus and Iran are under heavy sanctions by western countries. Therefore the risk of them seizing Russian airplanes is even lower. Hence the Russian flag carrier has been liberal about its airplane usage on those routes.

Like the narrowbodies, widebody international routes are confined to Airbus jets, specifically the Airbus A330-300.

Nineteen out of the carrier’s 22 Boeing 777-300ER are on the sanction list on the Boeing side. Therefore the entire fleet is only flying domestic routes. The Russian flagship carrier also has 12 A330-300s and 7 Airbus A350-900s in its fleet. The A330s operate international flights exclusively, while the A350s are on domestic routes.

The state-owned carrier purchased 8 of the A330s off finance leases after the EU created exemptions to remedy the sanctions’ impact on European lessors. The remaining four are on operating leases which will return to the lessor after contract conclusion. Two of these four airplanes are owned by Dublin-based AerCap, while the other two belong to Russian lessor VTB leasing and Hong Kong investor-owned Goshawk Aviation.

The two AerCap A330s fly the Moscow to Colombo, Sri Lanka route. Aeroflot was not afraid of its airplane getting impounded here because Sri Lanka did not partake in the Cape Town Convention. However, the Colombo High Court detained one of the airplanes on Jun 2 after receiving a complaint filed by Irish company Celestial Aviation Trading Limited, which is affiliated with aircraft lessor AerCap – the owner of the detained aircraft. The court initially scheduled a hearing for June 8. However, the Russian government summoned the Sri Lankan ambassador on June 4 and forced the airplane’s release on June 6. In the meantime, the airline announced it had suspended the flight until further notice.

Goshawk Aviation’s headquarter is in Dublin, but its investors are from Hong Kong. Its sole A330 in the Russian carrier’s fleet only flies to Kyrgyzstan, similar to operations of the Chinese and Russian-owned A320s.

The eight A330s now owned by the airline fly to Turkey, Uzbekistan, Maldives and India. The first flight to China was on RA-73782, which is within this group of aircraft.