In an interview with AirlineGeeks, Pacific Airshow Gold Coast event organiser Kevin Elliott said that the event aims to be “more than just an air show. It will be a total experience,” with the exact setup yet to be announced.

Following April’s announcement that Pacific Airshow would be expanding to Australia, Elliott said there was substantial interest in what the event could look like. As such, the event will seek to cater toward a variety of attendees, from professionals to more casual visitors.

Offering a glimpse into what those in attendance can expect, Elliott said, “There will be hospitality options for everyone – ranging from show-centre General Admission on the beach to ‘money can’t buy’ VIP experiences, corporate chalets, private cabanas and more! The hospitality build-out on the beach is going to be truly extraordinary and when combined with our highly curated cuisine offerings — we’re taking hospitality on the beach to a whole new level.”

In addition to the culinary culture to be experienced, Elliott said attendees can expect “something for everyone throughout the event precinct stretching for several kilometres along the esplanade,” adding that spectators “can expect the whole of Surfers Paradise, land, sea and sky to be transformed into the world’s biggest stage.”

Explaining why Pacific Airshow Gold Coast stands out as unique among other Australian air shows, Elliott said the event will “be an absolutely epic air show, with the air displays set to flow non-stop and fluently.” Although finer details are yet to be released, including the specifics of which display teams will be performing, Elliott’s position on the International Council of Air Shows means the world’s best talent will be attracted to the event. In a statement, Pacific Airshow said that “spectators are set to be thrilled by world-class aerobatics and jets with adrenaline-pumping speed and thunderous power as well as the latest in Urban Air Mobility technology.” 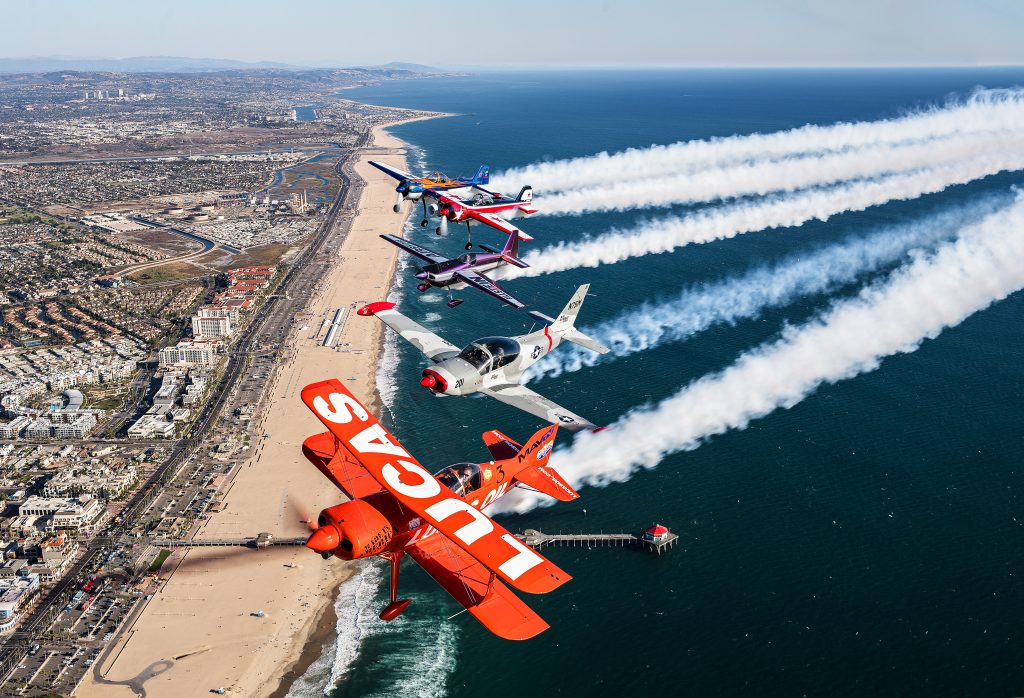 Elliott reinforced that despite the size and scale of Pacific Airshow Gold Coast – with the event already utilising several full time operations teams – the entire experience will be family-friendly. Speaking on the matter of safety, Elliott told AirlineGeeks that “all stakeholders have been engaged” so as to ensure a safe atmosphere for all in attendance to enjoy. He also said that “during the history of Pacific Airshow, not a single arrest has been made.”

A Boost For Tourism

Given the losses experienced by Australia’s tourism industry throughout the pandemic, Pacific Airshow Gold Coast is expected to bring a welcome increase of both national and international tourists to Australia’s most popular holiday destination.

“The Pacific Airshow Gold Coast will be a game-changer for our city and I’ve no doubt that now the 2023 dates are announced, the media and marketing exposure across Australia is sure to result in strong accommodation bookings giving our tourism sector a welcome boost though the traditionally quieter August period,” Major Events Gold Coast CEO Jan McCormick said.

According to Elliott, Pacific Airshow Huntington Beach already attracts 3 million visitors each year and has become a national sensation in the United States – a positive sign for Pacific Airshow Gold Coast, which aims to become an annual and integral element of the Gold Coast’s tourism sector. Speaking on the location and its importance to the event, Elliott told AirlineGeeks that event will be “the biggest spectacle on the coast”, adding “what better place to be than on the Gold Coast – an ideal place to combine a holiday with an incredible air show.”