Today, Boeing Business Jets launched the BBJ Max 7 into the lucrative long-range market. The aircraft is a longer-range version of the 2012 Max 7. The exact range that the aircraft will travel is yet to be confirmed however, it is expected to be in the region of 7,000 nautical miles. It would go an extra 800nm than the standard BBJ, which will cease production in 2019.

“We saw what Gulfstream has done with the G650 and the ER variant, and we knew that we could offer a BBJ with a similar range to compete in that segment,” says Boeing Business Jets President David Longridge in regards to the long-range market.. “This aircraft has been a huge success.” Gulfstream have delivered 170 G650/ERs, a figure Boeing thinks they can out-perform.”In the 1990s, Boeing was asked it they could offer a VIP aircraft with the 6,000nm range of the GV. We responded with the BBJ. Today, we are responding to calls from customers looking to fly even further in a (narrowbody) airliner-size aircraft.”

Synergy Group, which owns Colombian airline Avianca has finalized a previous memorandum of understanding signed at the 2015 Paris Air Show by purchasing 62 A320neos, in a deal which takes Airbus past 1,000 aircraft to be sold in Latin America.

Airbus Chief Operating Officer for Customers John Leahy notes: “Domestic traffic in Brazil is projected to nearly triple by 2034, placing it among the world’s top 10 fastest-growing traffic flows in the world.”

“These A320neo will allow Avianca Brazil to capitalise on this growth and deliver enhanced performance capabilities in challenging airports such as Rio de Janeiro’s Santos Dumont.”

This isn’t the first time for the two companies to cross paths in terms of purchasing aircraft. In 2007, Synergy ordered 10 A350 XWBs which are due to enter service in 2018.

The central European budget carrier placed the largest financial order of the week so far by signing a $2.5 billion deal to purchase 432 Pratt & Whitney PW100G engines. According to the Chief Executive Officer,  Jozsef Varadi, the deal to power the Budapest-based airline’s 110 Airbus A321neos on order also includes purchase rights on engines for another 90 of the aircraft if Wizz exercises all of its options. The airline expects deliveries of the A321neos to start in 2019. The airline has the right to convert half of the 90 options from A321neos to the A320neo variant, with the CEO noting: “We’ll see how it goes.”

It was disclosed at Farnborough today that the Spanish carrier Air Europa was the customer behind a previous order for 20 Boeing 737 Max 8 jets. Powered by CFM international Leap-1B engines, the parent company Globalia’s President Juan Jose Hidalgo saying the type is “perfect” for the short-haul European operations. 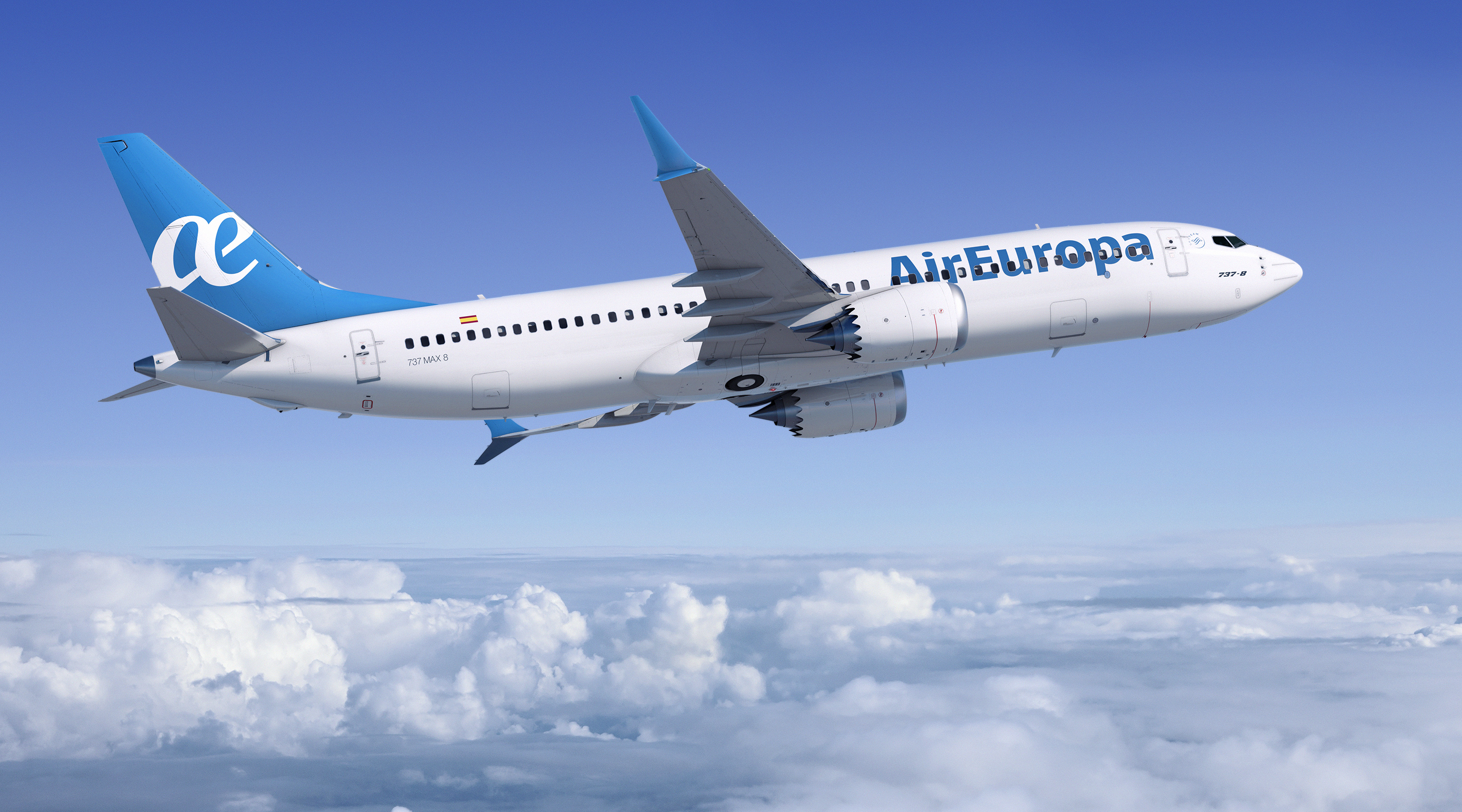 Subject to approval from the Chinese Government, all commercial aspects of a deal to purchase six 787-9 Dreamliners have been completed by the two companies, becoming the first widebodies for the Chinese carrier. With the first delivery expected in 2021, Ruili chairman Ma Zhanwei says:”With our base in Yunnan province, Ruili Airlines is positioned to help build Yunnan as the gateway between southwest China and the rest of the world.” 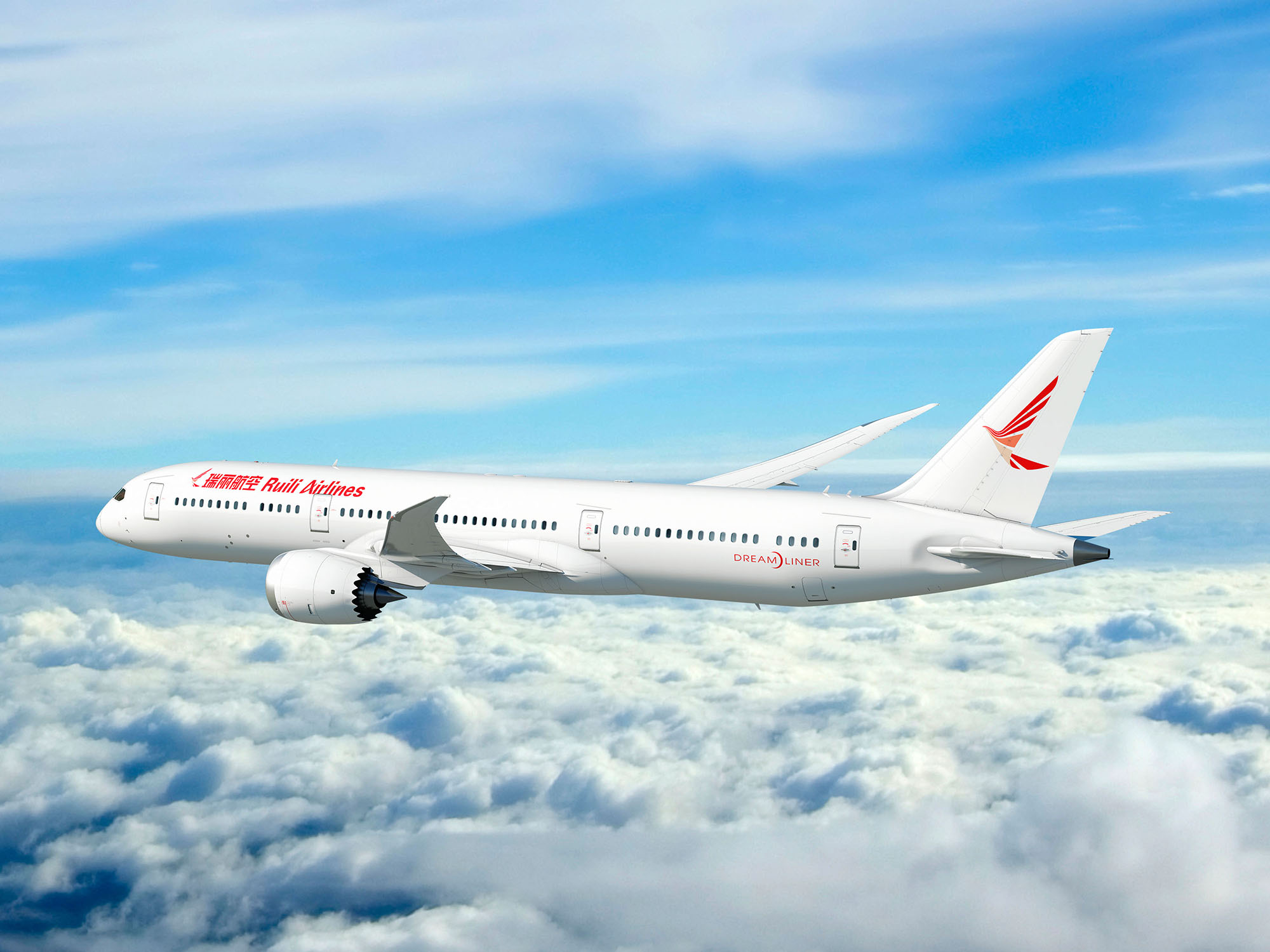 Nine more 737-800s will join the Egyptian airline’s 20 737-800s that are already in service, given the airline a mixture of Airbus and Boeing in their fleet of 53 aircraft. “The addition of several more of this airplane will definitely enable us to continue with our plans to introduce modern, efficient aircraft on our short-to-medium-haul destination network,” says Chief Executive Officer of EgyptAir’s holding company, Safwat Musallam.