Technology in relation to the aviation industry has morphed into something that has never previously existed.  In just a decade, flight tracking technology has evolved into something that isn’t just seen by controllers and airline employees, but is accessible to the general public as well. What was once only available to the few is now at the disposal of the many, for free. As one of the major flight tracking companies in existence, FlightAware is leading the charge in a high-demand industry. Part two of our series details a recent visit to FlightAware’s Headquarters in Houston goes into the explanation of how FlightAware is able to make what they do possible. Click here to check out part one of the series.

Along with its dependence on different radar facilities, FlightAware’s tracking system relies on its extensive network of ADS-B (Automatic Dependent Surveillance-Broadcast) ground receivers.

The company currently has over 14,000 receivers in over 160 countries, allowing it to make flight tracking more accurate and comprehensive than ever before. These ADS-B receivers are accurate to three meters, a significant improvement over previous technology such as radar.

Eric Carlson, FlightAware’s ADS-B Program Manager, gave a basic explanation of how ADS-B system works. Newer aircraft have newer model transponders that transmit actively their position based on GPS. Historically, transponders needed radar to determine the location of the plane.

With today’s technology, the aircraft can actively tell the ground receivers where it is. FlightAware uses these signals and decodes them using a radio. From this data, FlightAware is able to obtain aircraft information for the flight and merge that information with the data the company receives from other sources.

“The cool thing about that is that it’s real time. It’s only limited by the speed of our hardware and Internet to get that data back to us, processed and integrated with all the other information. It’s also not encumbered with restrictions,” said Carlson. “Some of the data sources are restricted because they’re private, confidential sources, so we can’t necessarily share that data with everyone on the website. ADS-B information can be available to everyone, which provides a lot of transparency for flight tracking.”

Such transparency is particularly available for commercial flights, which is what most of the public is interested in. The ADS-B team is responsible for deploying the radio receivers into the field.  The radio receivers then listen to the 1090 MHz radio signals that ADS-B transponders emit and sends the data back to FlightAware’s systems over the Internet.

Carlson went on to explain how FlightAware effectively spread all these materials around the globe, with one popular method being the ability for anyone to build their own receiver. The device is typically very inexpensive, usually costing less than $100, while the data collected by the receiver is yours to keep and will be sent back to FlightAware to help strengthen the accuracy of its tracking.

“A lot of AvGeeks and planespotters and different aviation enthusiasts are interested in seeing what’s flying in their area, so we can show that to them in real time as we can provide some software that allows them to do that,” said Carlson.

One of the most popular items for purchase is the Pro Stick, which acts as a receiver for the ADS-B signals. While you can purchase materials to build your own receiver, one of the most common ways of gaining coverage is by FlightAware giving away equipment, called a FlightFeeder, to people in areas where FlightAware needs coverage. Applicants can apply online, and if they meet certain criteria, FlightAware will send the equipment to them for free.

FlightFeeders have been shipped to over 160 countries, and include a relatively straightforward process of assembly. Once the company gets all the parts, it takes team members a matter of minutes to put one together. After testing overnight, the FlightFeeders are shipped out to wherever they are needed.

In terms of coverage, FlightAware has a strong blanket over North America and Western Europe. However, areas such as Africa, the Middle East, Western China, Southeast Asia, and some remote areas in South America, like the Amazon, are priority locations for FlightAware to gain more coverage.

While these are priority regions, they do pose major problems for the company. Each region has a lack of people, power, and internet, which are requirements for the technology to track aircraft. The company is slowly chipping away at it, little by little, finding people who are willing to host the company’s equipment.

Carlson continued by saying “If you look at our coverage maps sort of as a time lapse, you can see it month by month growing and growing, with more and more coverage, filling in the gaps. A year or two ago, we would have a lot of gaps, but now we’re seeing a lot less of these gaps. If you look at Siberia on our map, you can see a lot of our intercontinental routes, almost continuous across areas like Siberia.”

FlightAware has also seen some issues with shipping their equipment out of the country. The FlightFeeder or the system you build yourself is essentially a radio receiver, and radio technology tends to be regulated by the government, and it can vary significantly depending on where you live.

Regulation in the U.S. is relatively insignificant compared to other countries. Some countries require the radio receiver to be approved by the government, which becomes a challenge that FlightAware’s ADS-B team encounters quite often.

It’s important to note that the equipment is not a transmitter, but only a receiver, or a passive device.

“It’s relatively benign in terms of the technology and what it’s doing. However, there are still governments that don’t like it because they don’t like it in general and they really want to tightly control that,” said Carlson.

This is seen frequently in the Middle East and North Africa, but it varies in each country.

“We have a lot of challenges with things getting held up in customs for various reasons because there are questions about what the device is. It’s obviously an unusual device, not something that the customs inspectors usually see on a daily basis,” Carlson stated.

For most countries, it’s not an issue, but for those that are, FlightAware has the appropriate documentation and paperwork that explains what the device is and how it works.

The Aftermath of Malaysia Flight 370

When discussing with CEO Daniel Baker the implications of MH370 on FlightAware, he explained that “the aviation industry prides itself on trying to learn lessons and not repeat those sorts of tragedies.” 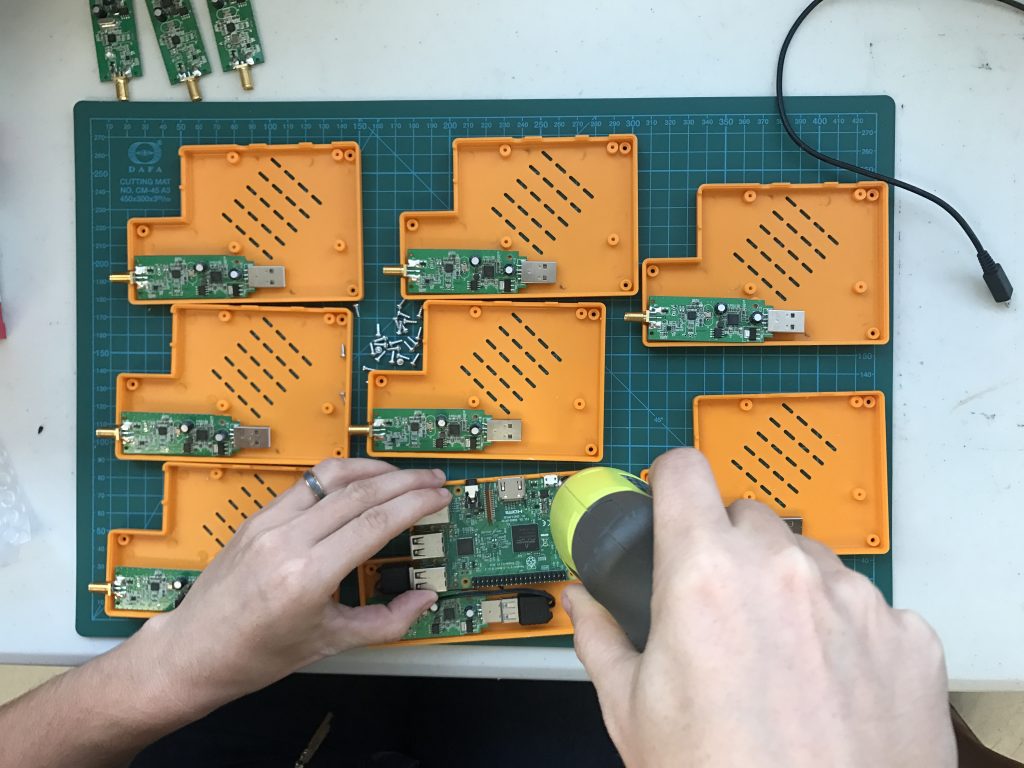 FlightAware, fortunately, had already been investing in technology years before MH370 vanished in 2014, which would ultimately help the industry respond to this situation following the event.

Following MH370, as well as Air France 447, which crashed in the Atlantic Ocean in 2009, the ICAO (International Civil Airline Organization) put out a recommendation that airlines have flight tracking that meet certain criteria.

However, this is something that is hard to achieve, as Baker pointed out: “everyone would agree that this is a good idea, but the devil is in the details, and it would be difficult to actually implement, if you were operating, for example, a narrowbody from Singapore to Australia.”

Enter FlightAware’s recent partnership with Aireon, which was created with the goal of providing 100 percent coverage around the globe. With this partnership, FlightAware is able to obtain data from Aireon, which has placed ADS-B receivers on Iridium Communication satellites.

By combining satellite ADS-B coverage with FlightAware’s terrestrial coverage, airlines can obtain unprecedented global coverage that is cost effective. Due to the high cost of satellite data, it makes economic sense for airlines to use terrestrial data whenever possible and only pay for satellite data when aircraft are in areas outside of ground coverage. This is exactly what the Aireon/FlightAware partnership allows them to do.

“We’ve seen a real uptick in airline interest in flight tracking and alerting since that tragedy, particularly in Asia, where flight tracking was not necessarily as mandated as it was in the U.S.,”said Baker.

Malaysia Airlines is a customer of FlightAware’s through SITA, and was one of the first to adopt the Aireon space based ADS-B solution. The partnership with Aireon comes at an appropriate time, providing airlines with a solution to the problem of it being difficult to track flights over oceans.

Baker stated that “It can provide one position per minute anywhere in the world, it can alert you if we don’t receive a position for some period of time. It allows airlines to have more operational control over their fleet and respond more quickly in the event of an emergency.”

FlightAware is growing in its ability to provide constant coverage to consumers across the globe. The space-based satellite technology is still relatively new, and there will likely will be bumps along the road during its full implementation in the years to come.

Ultimately, global coverage will make air travel safer and will support optimization and reliability across the aviation industry. FlightAware has the opportunity to lead the way, and make a lasting impact for the years to come. 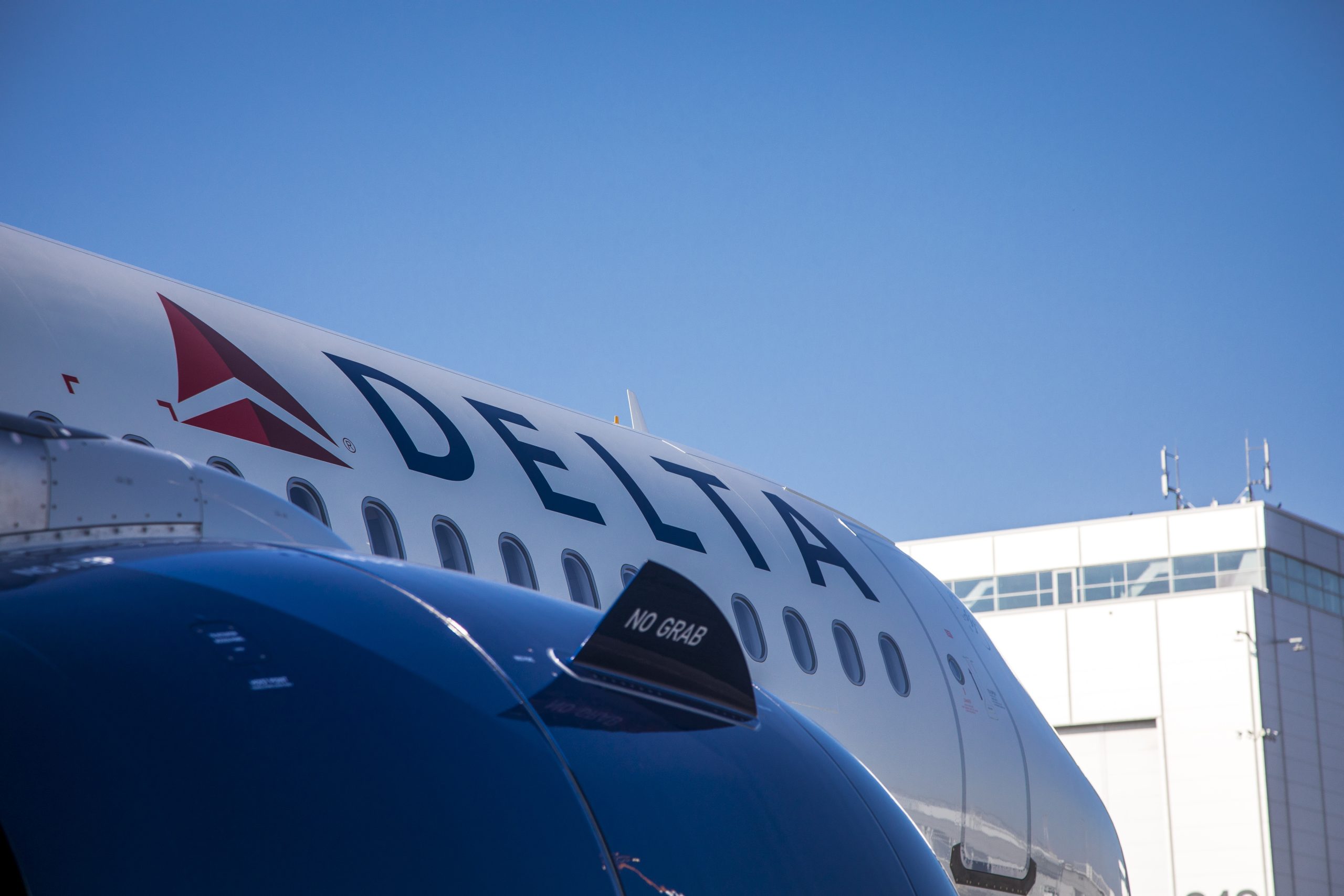