Nostalgic: A Look Inside the TWA Lounge at One World Trade Center in NYC

MCR Development is the company behind the construction of the TWA Hotel at the Trans World Flight Center, also known as the TWA Terminal, at New York’s JFK Airport and corresponding lounge on the 86th floor of One World Trade Center. AirlineGeeks was graciously invited to tour the lounge and learn about the plans for the hotel and inspiration behind it.

The lounge at One World Trade serves as a teaser for the TWA Hotel that is slated to open in the first quarter of 2019. It features many similar themes that will be seen in the hotel. Upon first walking in passed the glass sliding doors, we were greeted by a large reception desk which is based off of actual former TWA ticket counters. 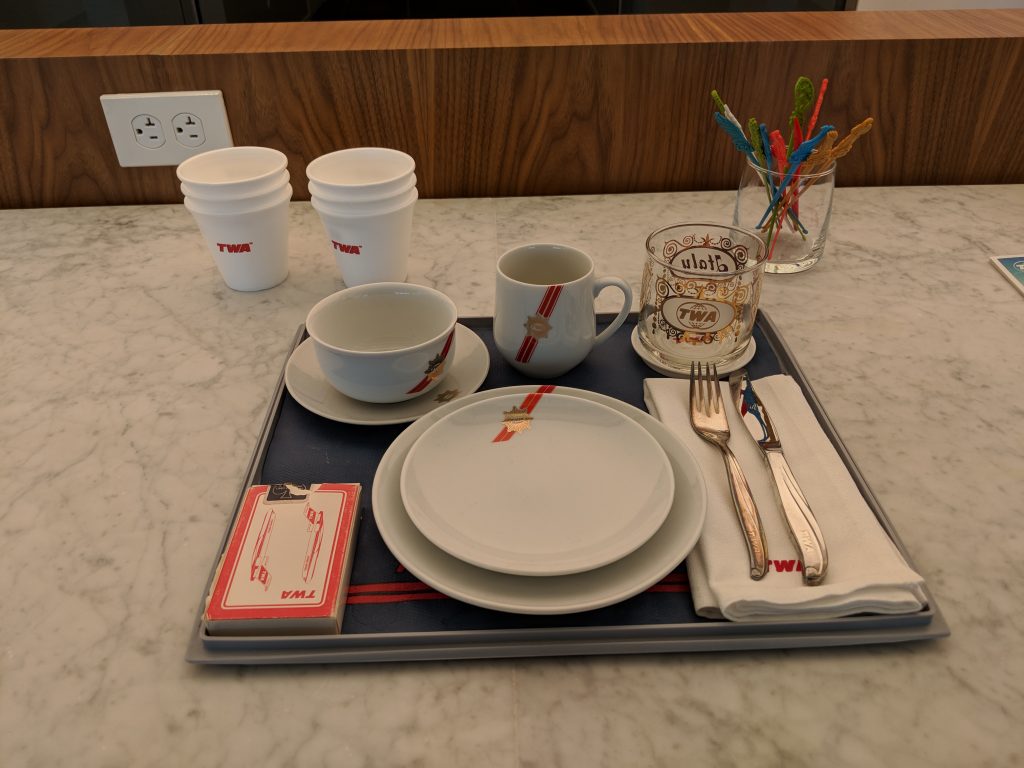 This is followed by a stunning sunken lounge design that will be found at the TWA Hotel. The lounge area features a stunning view of Manhattan with an aptly placed telescope in the corner providing close up views of JFK departures 12 miles away. A telescope with a view of LaGuardia Airport can be found in one of the side rooms as well. On a clear day as we had, the view seems to be endless. 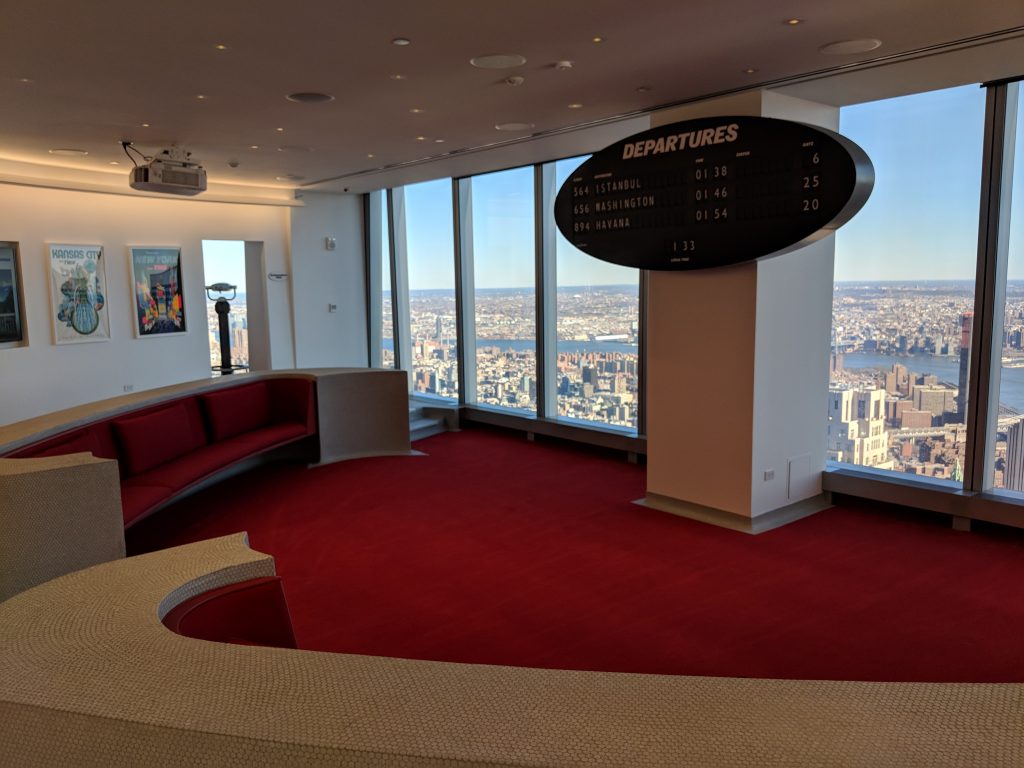 However, the main attraction here is not the lounge itself, but the functioning Solari split-flap departure board that updates every few minutes. The creators of the lounge have done their best to maintain authenticity with the board as best as possible by using real flight numbers. As we were told, some TWA historians and former employees helped contribute by providing information about former flight schedules and numbers. 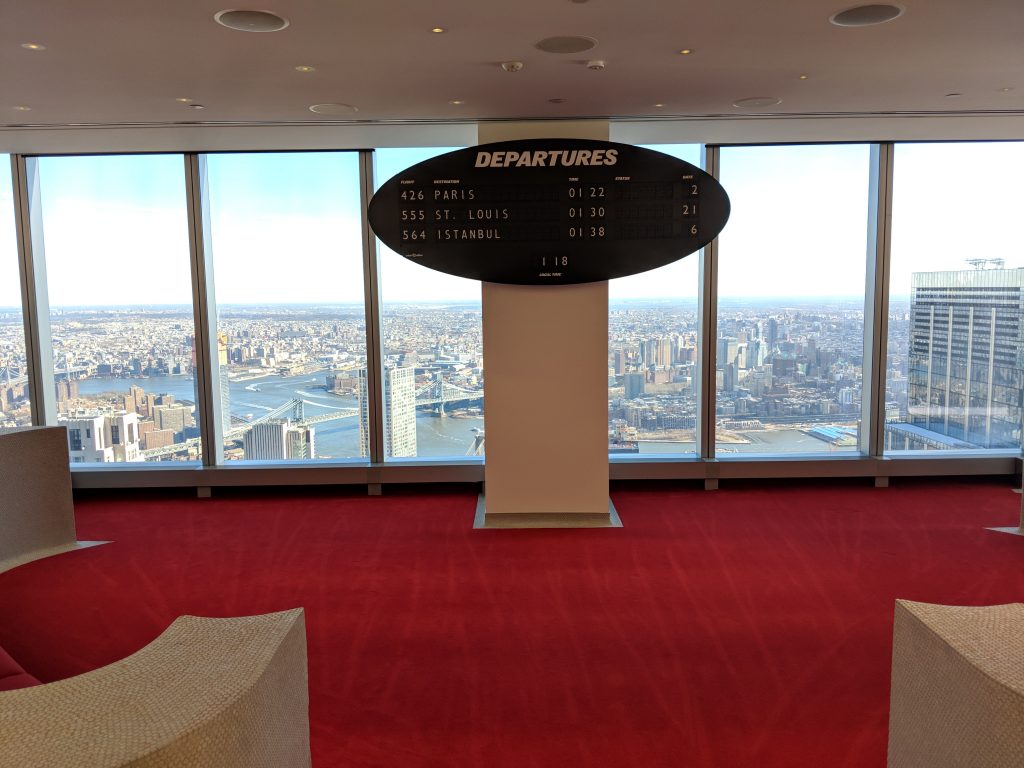 This lounge features many original TWA memorabilia either salvaged from the terminal or donated by former TWA employees. Even flight attendants donated old uniforms to ensure their legacy would live on. Every piece of memorabilia from toiletries to pocket calculators was emblazoned with the TWA name and logo. 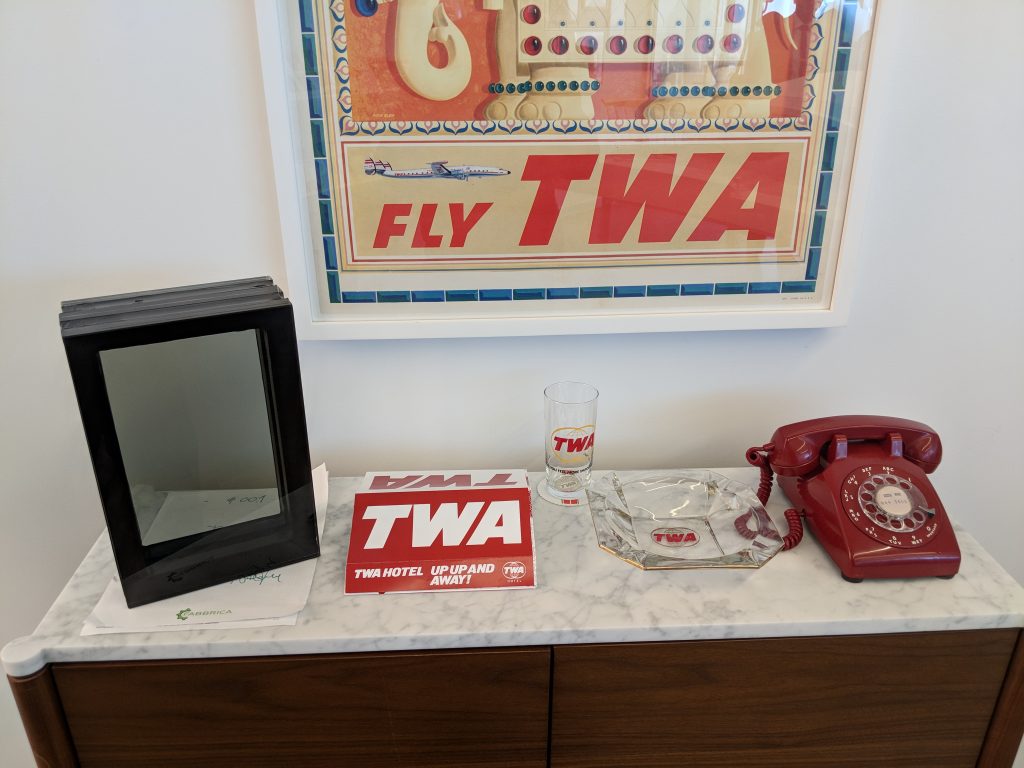 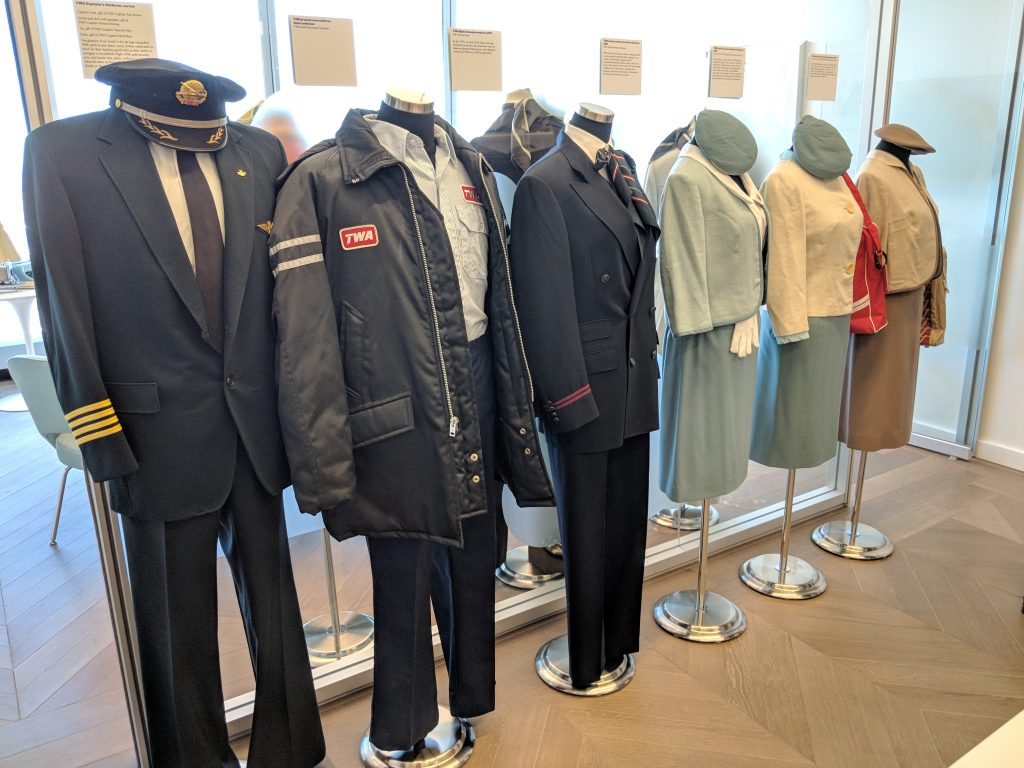 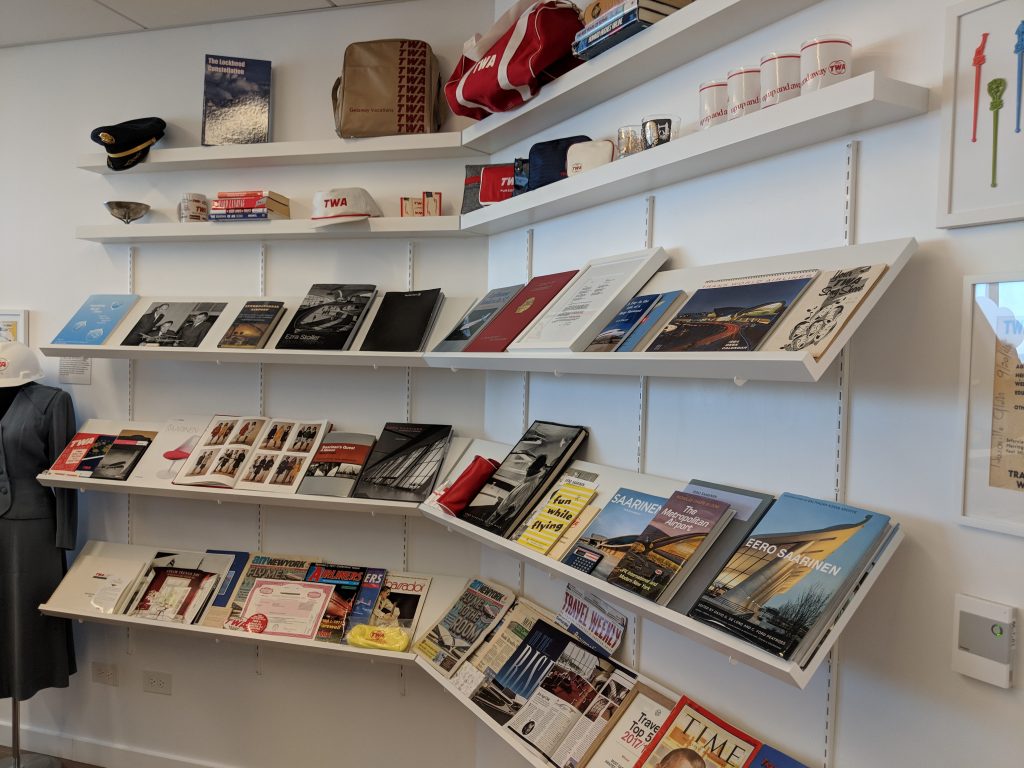 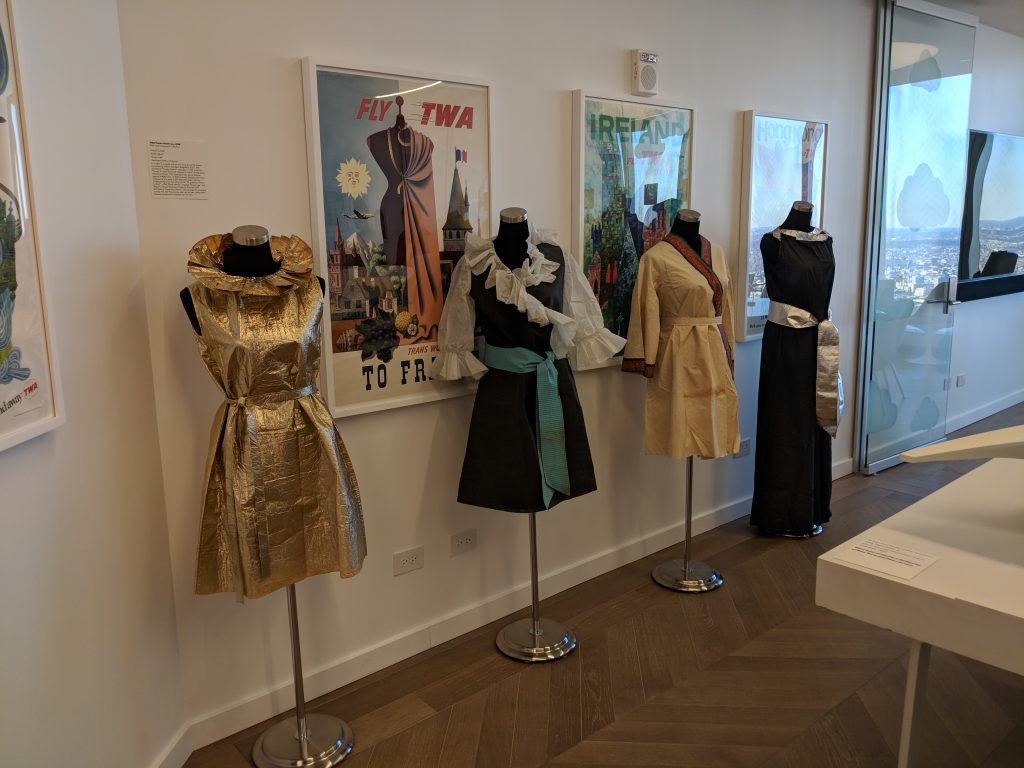 Our guide for the tour of the lounge was very knowledgeable about every item in the lounge, showing the level of dedication put into the lounge by the company. Every item had a fascinating story behind it that ignited our nostalgia for a time that we longed to have experienced. The amount of effort put into designing this lounge is amazing and the same level of effort and dedication is expected to be transferred to the building of the hotel. 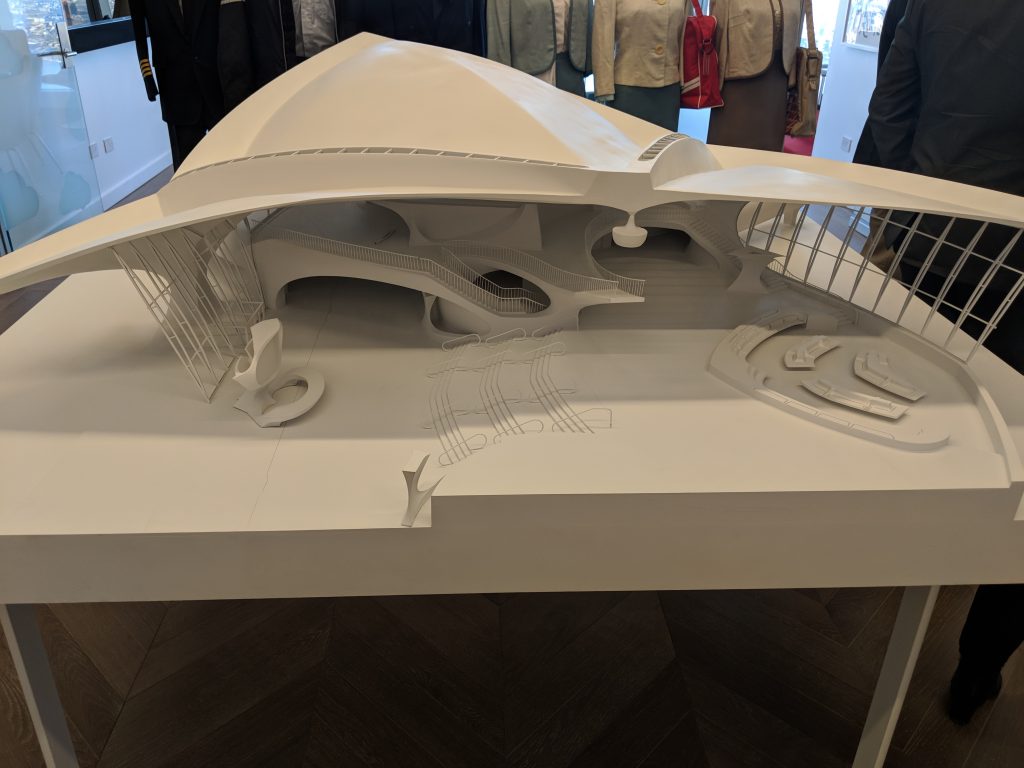 The hotel will feature over 500 rooms along with an underground convention space and numerous restaurants and bars. It will be the only hotel directly connected to a terminal at JFK, in this case, terminal 5 which is primarily operated by JetBlue Airlines but also several other airlines such as TAP Portugal, Hawaiian Airlines and Aer Lingus. JetBlue is also a minority shareholder in the hotel.

Another feature that aviation enthusiasts will be sure to enjoy is the planned rooftop infinity pool. The pool will overlook the airport, allowing guests and aviation enthusiasts alike to gaze in awe as countless aircraft depart and land at JFK Airport while swimming in the pool.

There is no doubt that the TWA Hotel will be a great success. It fills the void at JFK by being a hotel at the airport and also will embody the nostalgia of flying TWA and during the Golden Age of Aviation.

Indian conglomerate TATA Group has announced it is merging Indian flag carrier Air India with the Singapore Airlines joint-venture airline, Vistara. The move looks to bolster Air India’s presence in Asia and provide a facelift to an Air India that in the last few years has been hanging on by…