The Boeing 747’s final days at Qantas is quickly looming after the carrier announced an official retirement for the remaining aircraft in its fleet. Right now, the airline is still flying four 747-400s and six 747-400ERs. With plans to have all 10 of the aircraft retired by the end of 2020, Qantas will begin the final fleet retiring process from this July, beginning with the non-extended range aircraft.

Qantas Group CEO Alan Joyce said this was an important moment for Australia’s national carrier and stated: “This really is the end of one era and the start of another. The jumbo has been the backbone of Qantas International for more than 40 years and we’ve flown almost every type that Boeing built. It’s fitting that its retirement is going to coincide with our centenary in 2020.”

After 25 years of service, the famous City of Canberra was also the first of the airline’s 747-400 aircraft to be retired in January 2015. Luckily, this aircraft was not scrapped and donated to the Historical Aircraft Restoration Society which is run by a group of aviation enthusiasts who work to preserve Australia’s aviation history. The aircraft made its final landing at Illawarra Regional Airport, 80 minutes from Sydney Airport on March 8, 2015.

Since then, the airline’s 747 fleet has quickly been shrinking. While it was expected that the 747-400s would soon be retired, the 747-400ER fleet is relatively young when compared to other 747 fleets, with the aircraft having an average age of 15 to 16 years. 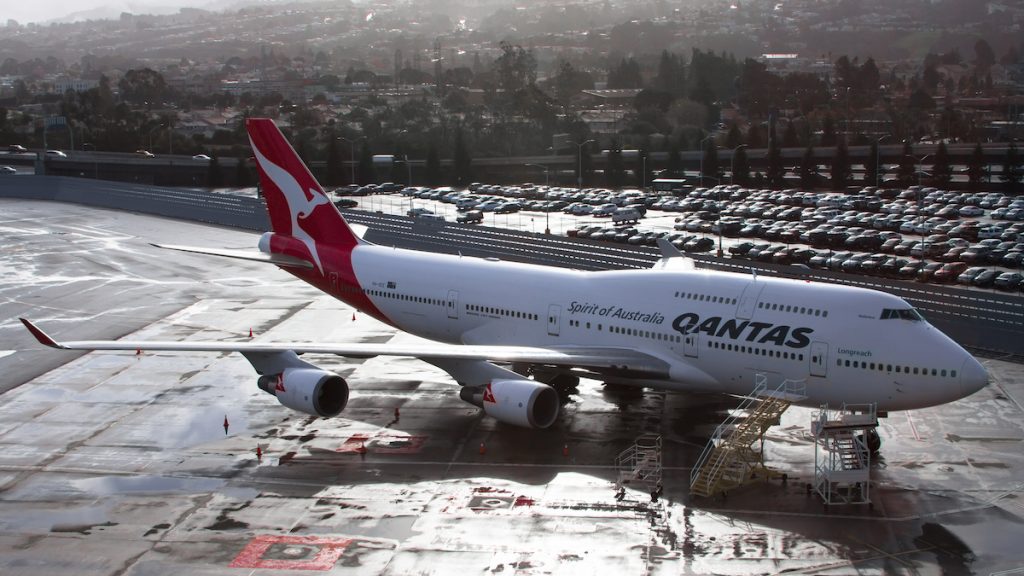 While being a key part of the airline, the 747s will no longer be needed as the airline continues receiving the 787-9. Joyce added, “Over the years, each new version of the 747 allowed Qantas to fly further and improve what we offered passengers. The Dreamliners are now doing the same thing.”

The airline received its first GEnx-1B powered Boeing 787-9 in 2017 and has since taken delivery of three more. In an effort to accelerate the final 747 retirement, the carrier announced an order for six additional 787-9 Dreamliners on Tuesday, valued at over $2 billion. The airline now has a total of ten 787s on order.

Qantas expects to take delivery of the ten remaining jets by the end of 2020, with four being added to the fleet by the end 2018.

Interior cabins of the additional 787s will be the same as the airline’s current Dreamliners, featuring 42 business class seats, 28 premium economy seats, and 166 economy seats. With a total of 236 seats, the aircraft flies 128 fewer passengers than the airline’s 747s. However, the 787 requires fewer maintenance needs compared to the 747 and has reduced payload restrictions on long-haul routes. But the aircraft’s biggest advantage is the 20 percent less fuel burn compared to its predecessor.

The new 787s will also replace the 747 on flights between Brisbane to Los Angeles and Los Angeles to New York-JFK by the end of 2018. As the Dreamliner takes over for the Queen of the Skies, Qantas expects to add new destinations throughout the Americas, Asia, South Africa, and Europe with Boeing’s latest long-haul jet.

Latest posts by Mateen Kontoravdis (see all)
747787AustraliaBoeingdreamlinerFeaturedQantasQueen of the Skies

In a positive strategic move, Ryanair announced that the airline’s fourth base in France would open at Paris Beauvais (BVA),…