This Saturday will see Emirates test its largest aircraft, the Airbus A380-800, at Boston’s Logan International Airport, according to One Mile at a Time. Currently, the Gulf carrier serves Boston with its largest Boeing long-haul aircraft, the Boeing 777-300ER, with daily service to its hub in Dubai. Although still speculation, the flight may lead to Emirates bumping up its current service to its flagship aircraft.

The first and last time the super jet visited Boston’s main airport wearing Emirates colors was in January 2017, when the airline flew a one-off flight for a test of the airport’s newly built infrastructure at the time. Although the airport proved capable of handling the A380, including offering multi-level jetways at Terminal E for the aircraft’s two floors, the airline continued sending its Boeing 777 aircraft.

While not immediately beginning A380 service following the test flight, Emirates did not rule out the possibility of flying the aircraft to Boston. According to Matthias Schmidt, Emirates’ vice president of U.S. sales, A380 service is the pinnacle for a route, stating, “If you look at the normal route development, then the end objective is usually that we would start to operate an A380.”

It wasn’t until later that year in March that the airport saw daily A380 service. However, it was British Airways that offered the service on the quad-engine aircraft, not Emirates. During its tenure on the Boston-London route, which sees British Airways operating the A380 three-times-weekly alongside the Boeing 747-400 and Boeing 777-200, it has been the only A380 to serve Boston, with the exception of unscheduled diversions.

The move also comes a year after Emirates cut its service to Boston by half, following President Trump’s enforcement of a travel ban affecting Middle East countries and the ban of large electronic items, known as the “laptop ban,” which caused controversy as many flyers on the affected routes were business travelers. Cities across the U.S. including Boston, Seattle, Fort Lauderdale, Orlando and Los Angeles were affected and saw service reduced. Since then, the airline has only maintained once daily service to Boston.

The arrival of the A380 on Saturday may mean that Emirates will be increasing its frequency to Boston to two daily flights, adding the A380 and keeping the existing Boeing 777-300ER service, or keep the once daily service with the A380, which can seat nearly 1.5 times the number of passengers the 777 can in its largest configuration.

Should Boston receive the service, it will become one of a handful of U.S. cities to see Emirates A380 service, a list that includes New York, Washington, Houston and Los Angeles. The past few years have seen Boston receive some of the world’s newest passenger aircraft, including the Airbus A350-900 operated by Lufthansa to Munich and Qatar Airways to Doha. Adding an additional A380 to the list would boost the airport’s growing prestige.

As of now, the easiest way for Bostonians to hitch a ride on an Emirates A380 is to fly on the Dubai-based airline’s U.S. codeshare partner JetBlue Airways to either New York-JFK or Washington-Dulles and continue onward to Dubai or Milan on the A380, known for its extravagant premium cabins and in-flight showers. Through the agreement, customers can book JetBlue and Emirates connecting flights on a single ticket.

Emirates, already the largest operator of the Airbus A380 with over 100 currently in service, recently placed a $16 billion order for 36 more A380s, effectively saving the program that was on the brink of collapse due to low demand. With more aircraft coming in, Emirates is looking for cities to fly them to; and Boston may just be one of them. 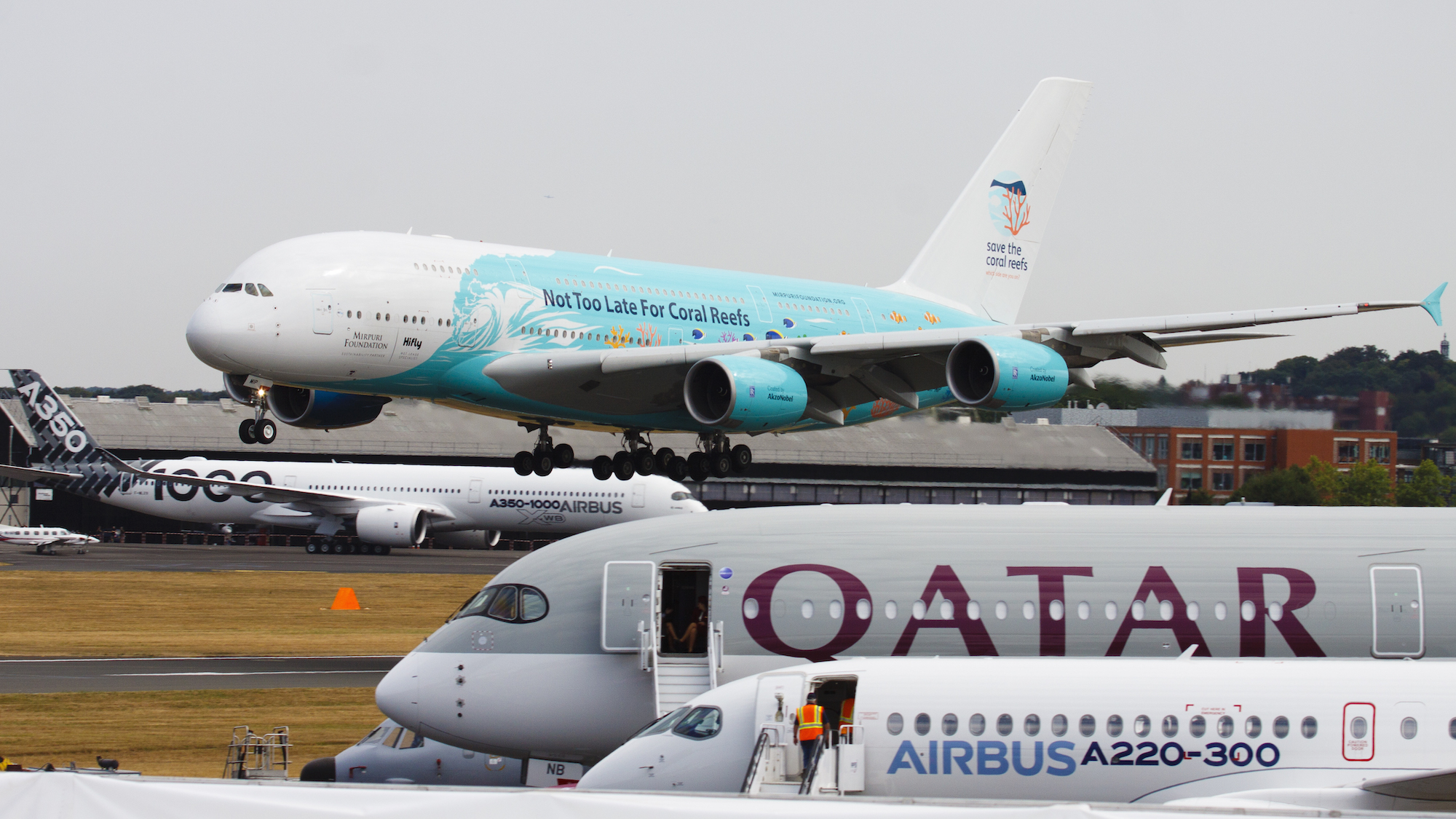 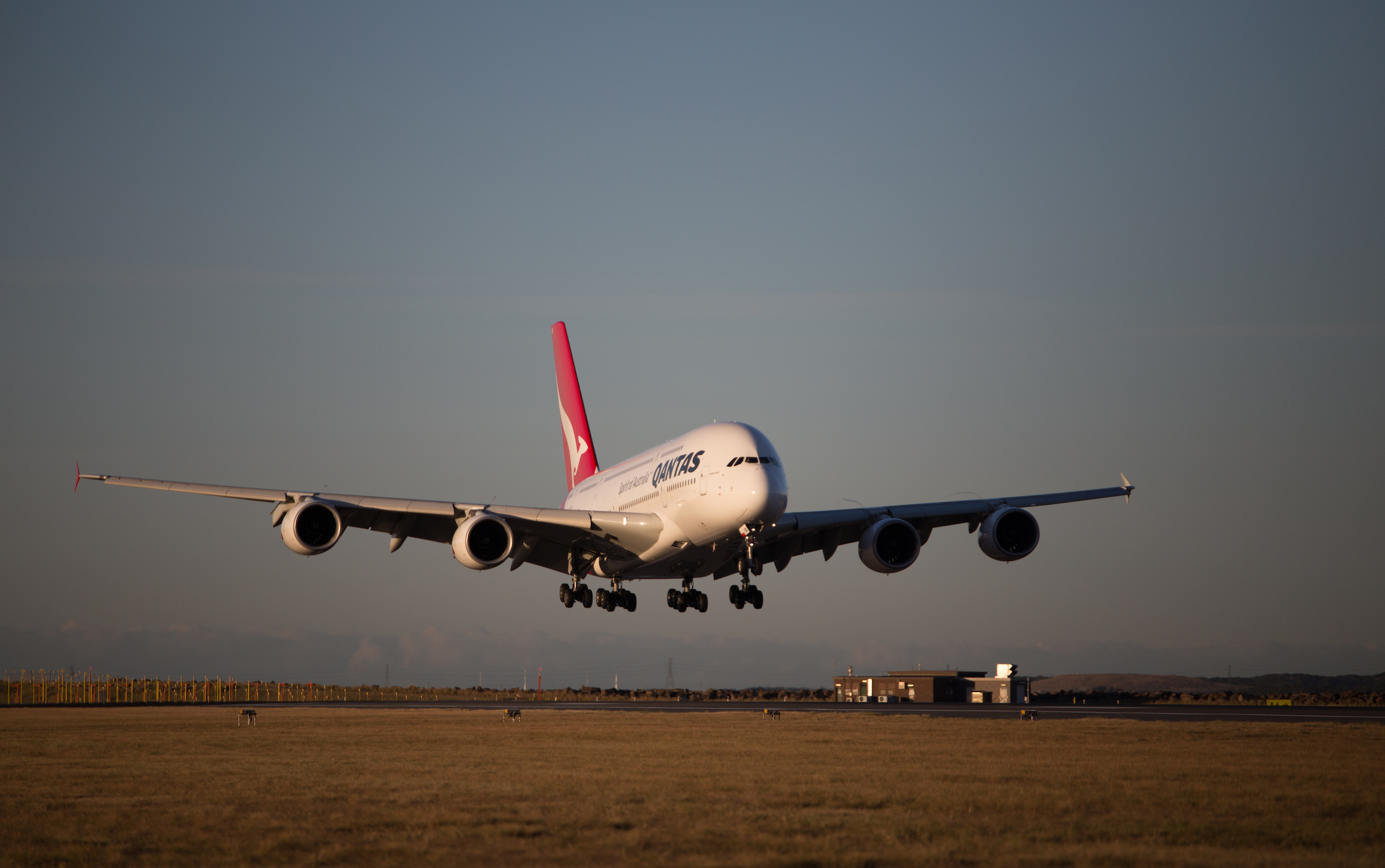