Flybondi’s Founder Steps Down From Airline After Leaked Political Message

Argentina’s political and economic situation has been boiling in recent months, bringing uncertainty to the recently-opened domestic aviation market of the South American country. What should have been a joyful week for Flybondi, Argentina’s first ultra-low-cost carrier that just celebrated its two millionth passenger, turned into a media nightmare as Julian Cook, founder of the airline and current member of the board, stepped down from his role after a political comment he sent through WhatsApp was leaked.

The message – initially shared with “Empresarios por el cambio” or Businesspeople for change, a group of businesspeople in Argentina favorable to the current government – served as a farewell from the group to Cook, who is moving back to London in December. In the text, he openly attacked the part of Argentinian President-elect Alberto Fernández, which has already spoken against the low-cost industry during his political campaign. 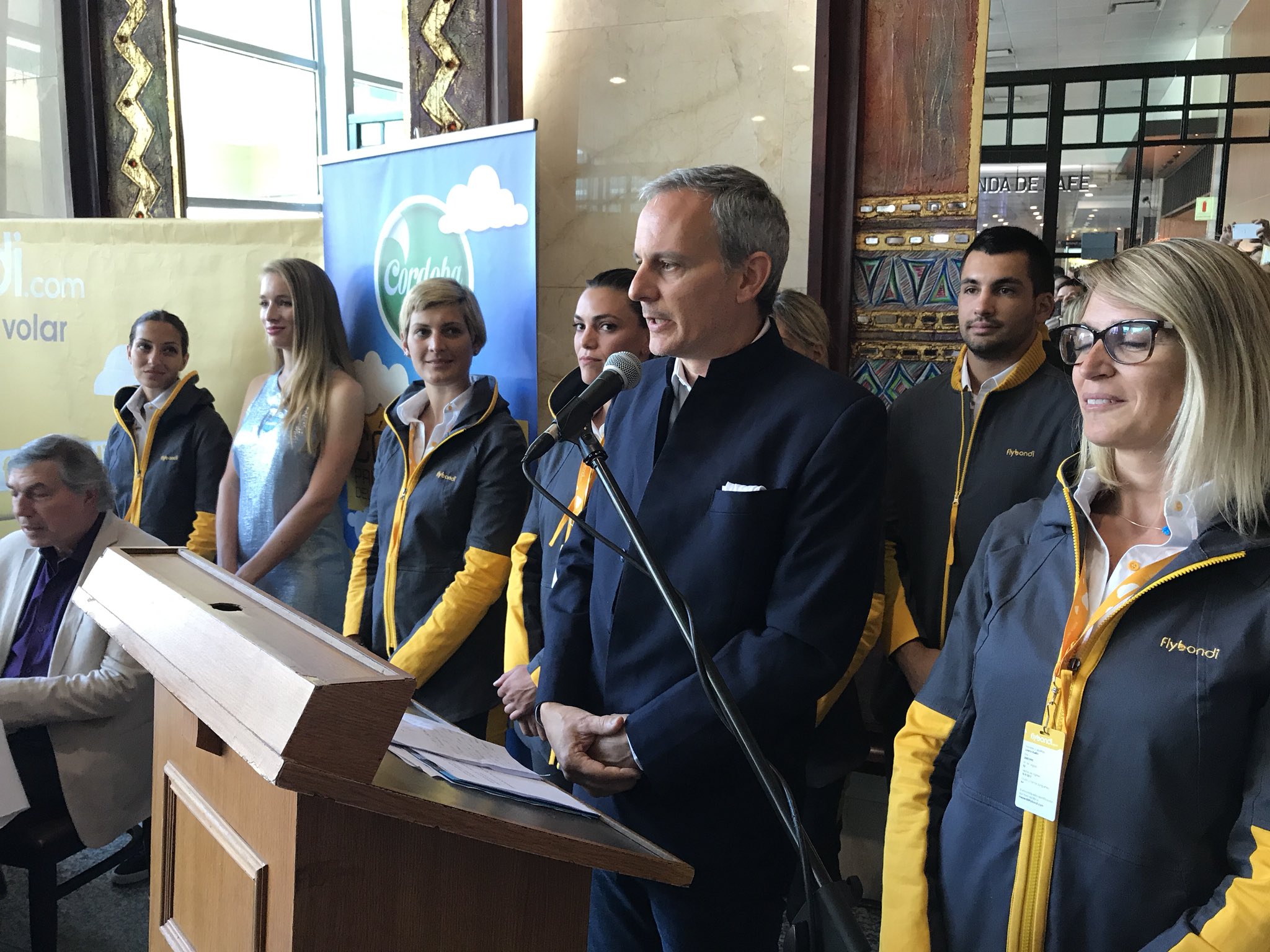 According to La Nación, which firstly published the texts, Cook claimed to be “sad with the result [of the election] and can’t believe that Cristina [Kirchner] is back.”

Mauricio Macri, the current president of Argentina, failed to be re-elected, initially taking office in December 2015 promising a liberalization of the Argentine economy, including the aviation market. The opening of the sector to other players, the so-called “Revolución de los aviones” or airplane revolution, forced the overprotected, state-owned, Aerolíneas Argentinas to be more exposed to competitors, which let thousands of unionized workers unrest.

Cook did, however, also criticize some aspects of Macri’s administration.

“Unfortunately, [Mauricio Macri’s] government has fallen by the wayside in many aspects, didn’t restructure Aerolíneas Argentinas, which lost $680 million in 2018. A vexation, when the country has 30% of poverty.”

The past few months have very difficult overall to airlines in Argentina, notwithstanding Cook’s resignation. With political uncertainty plaguing the country, the Argentinean peso was massively devalued in relation to the dollar. If one dollar was worth less than 20 pesos when the airline started, it is now worth almost 60 pesos. This brings a whole new challenge to the airline. As mentioned by Cook in the same message, 70 percent of the airline’s costs are dollarized.

“Now I don’t know how will Flybondi will continue with this [Kirchner] government,” continued Cook. “I already stepped down from my CEO role [in December 2018] and will return to London on December.”

The most controversial part of Cook’s message read: “I wish you the best, I love Argentina and I hope one day it leaves [Peronism], a cancer which destroys the country little by little since decades.”

Although Cook stated in the same WhatsApp message that he would stay as a member of Flybondi’s board, airline shareholders asked Julian to resign from his position in the company. In a public statement, the airline claimed: “Julian Cook’s opinions are of personal character and do not reflect nor represent the interests of the company.”

In the same communication, Peter Yu, managing partner of Cartesian Capital Group, the biggest shareholder of Flybondi, stated: “I read with dismay and disappointment the recent personal declarations of Julian Cook against the authorities of the current government and the next.”

“Flybondi is nos a political organization. Our loyalty is to our passengers and on offering convenient, safe and accessible air trips to every Argentinean.”

Sebastián Pereira, the current CEO of the airline, also poured oil on troubled waters. “[Flybondi’s] results are a product of a joint work with all governments — national and provincials — aiming at the country’s connectivity. And we will follow the same line with the new authorities.”

Even though the new government may be more favorable to Aerolíneas Argentinas than to the new entrants, it is unlikely that Fernández will disrupt even more the market by cutting the wings of the competitors, causing more unemployment and bringing down the air connectivity of Argentina. After all, while Flybondi celebrates its second millionth passenger, Aerolíneas is also celebrating an all-time high on traffic numbers.