With the retirement of Delta’s McDonnell-Douglas MD-88s, the chapter for the MD-80 series in North America and the world closes for major airlines. However, it is more than just the metal fuselage that will see service decrease as the engine that once powered numerous aircraft types is falling silently into the history books.

Coming off the militarily successful J-52, the JT8D was Pratt & Whitney’s response to the increasing demand for the smaller sizes requested for commercial jets. The Boeing 707 had already found success under Pratt & Whitney’s JT3D engines, but the engine type’s fuel heavy needs and super small bypass ratio of 1.42:1 resulted in the American engine maker creating a new engine that was of similar structure but of better performance for smaller aircraft sizes.

What Pratt & Whitney would come up with was the JT8D, which would be smaller than the older engine with performance numbers which were slightly down from the 707’s powerplant. The bypass ratio and length would be down from the JT3D’s benchmark, landing the new model at 1.07 and 124 inches, respectively.

Air intake into the jet engine was created by a 13-stake compressor section. The six-stage low-pressure and seven-stage high-pressure axial flow section of the engine helped compress the air from its low-pressure entrance to the high-pressure center of the powerplant. This high-pressure air was combined with a type 1 fuel distributed by nine chambers organized in a cannular form, each with its own spray nozzle and liners to keep each combustion to its own section. Now at its hottest, air would pass through a four-stage turbine section before being dumped out the rear of the jet. The fan pressure ratio for the JT8D would range between 1.9 and 2.2 while the overall pressure ratio through the entire original engine was 15.4.

The overall performance varied by year, with Pratt & Whitney making improvements on the base design as time progressed. The original 1960 version of the JT8D produced only 14,000 lbf at most, with later iterations resulting in the JT8D-219 which could produce 21,700 lbf at maximum thrust. The engine ran a moderate for the time thrust specific fuel consumption of 0.73 lb/lbf/hr. The engine’s JT8D-219 would also have a 14-inch longer fan diameter, higher overall pressure ratio of 19.4, and a longer length of 168.6 inches. The JT8D would also utilize the standard-for-the-time clamshell thrust reverser as the upper and lower surfaces of the rear of the engine would peel back from the engine into a wide V-formation to push airflow from the engine forward to slow the aircraft down upon landing. 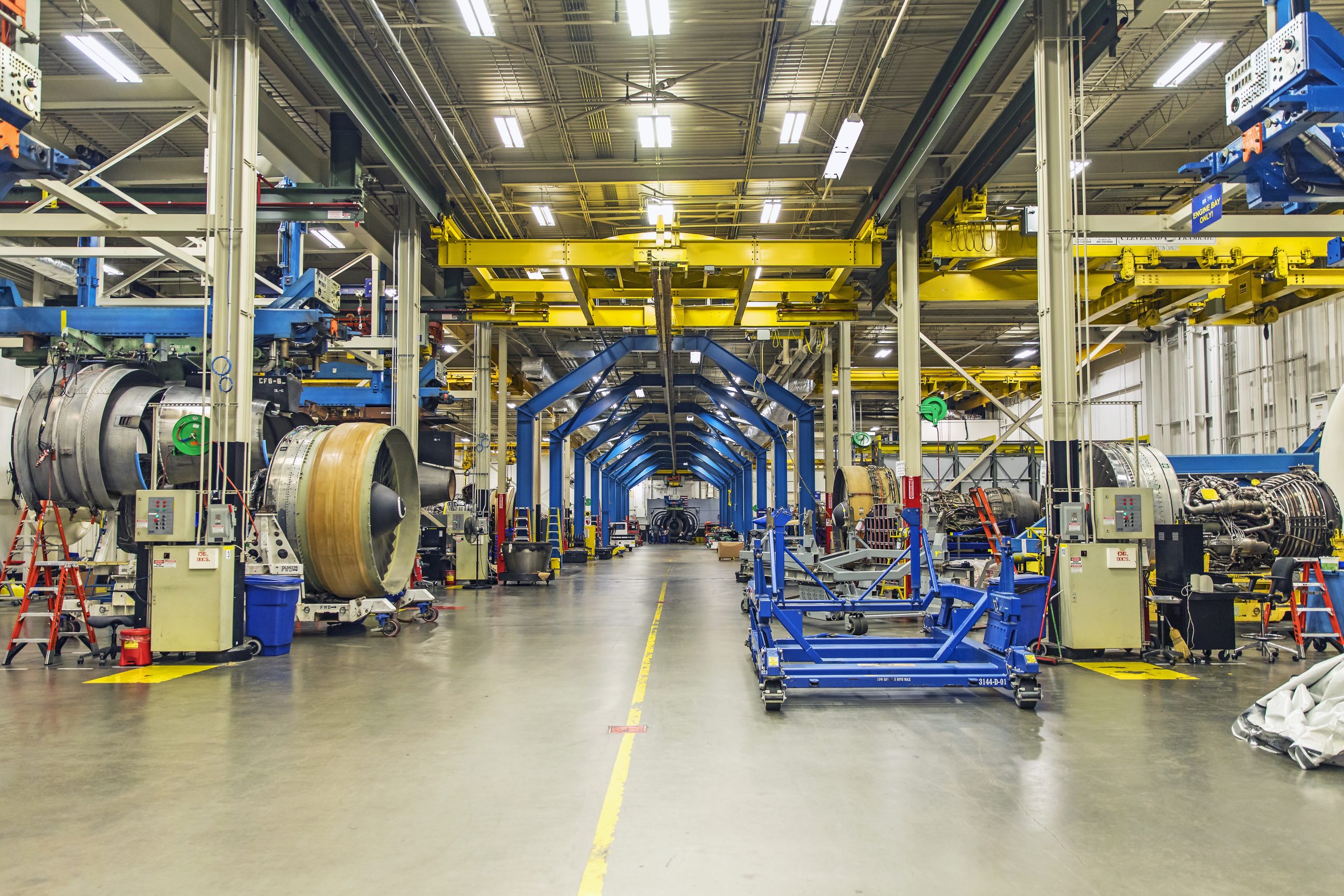 Originally mounted to the Boeing 727, the JT8Ds would become the staple engine for short-haul commercial aircraft. As new models appeared, the engine evolved. Boeing would bring back the powerplant for the Boeing 737-100 and 737-200 while Douglas would mount the exact same variant on its early DC-9s. As time progressed and models got longer, choices about the engine would be made. Boeing would opt for the CFM 56 starting with the Boeing 737-300 while Douglas would utilize the JT8D-15 and 17 for the larger DC-9-41 and DC-9-51.

Despite losing Boeing as a narrowbody engine supplier, the JT8D continued to dominate the skies. The previously mounted models coupled with new designs such as the Dassault Mercure and all variants of the McDonnell-Douglas MD-80. By this point the engine was reaching its final variation, with the JT8D-200 model being applied to the MD-80 fleet.

By the time the engine had run its course, the American made propulsion system would be mounted to 5,155 commercial aircraft over the span of 36 years. Those with older models would also see the engine life expanded thanks to hush kits and new engine models constantly meeting the emission and noise standards. However, a decline would occur as innovation continued to take hold. 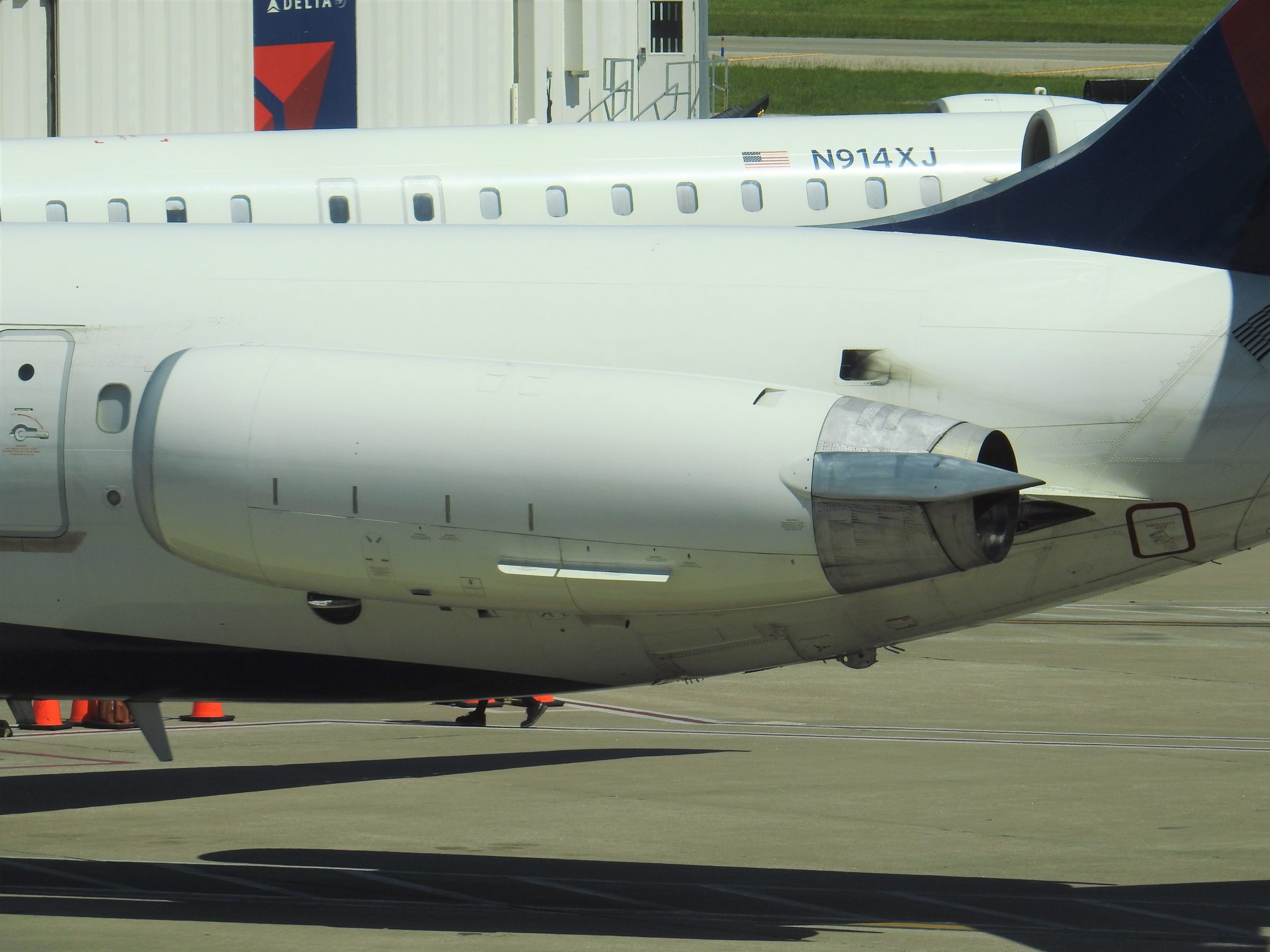 The biggest downfall would start at the beginning of the 21st century. Many Boeing 727 and original 737 fleets would meet their maker as airlines consolidated fleets post-September 11. The Douglas DC-9s would also see their numbers decrease, with Northwest and post-merger Delta being the final major operator by holding out with their fleet of DC-9-31s, DC-9-41s, and DC-9-51s until 2014. The MD-80s would be the final JT8D user out in force, whittling down numbers in Asia and Europe while carriers American, Allegiant and Delta stood strong into the late 2010s. Allegiant would be the first to fall, retiring all MD-80 units in 2018.

American would follow up with its own retirement in 2019 and left Delta as the lone major operator of the type. While Delta would hold out claiming the birds would see a few more years of service, COVID-19’s decent on the United States was the writing on the wall for the plane and engine type.

While the JT8D’s notorious screeching might be a shadow of the force that it once was, there are still some models floating around with the low-bypass engine equipped. The United States Air Force uses the engine on its fleet of Northrop Grumman E-8 Joint STARS fleet, based out of Robins Air Force Base in Georgia. The fleet was re-engined in 2011 to be equipped with the JT8D-219 which provided additional thrust for the 1990s built aircraft. Furthermore, the Japan Air Self-Defense Force continues to use the Kawasaki C-1, an aircraft that operates two wing-mounted JT8Ds for propulsion.

And of course, various models of older Boeing 727, McDonnell-Douglas MD-80 and Boeing 737 models still fly using the unique low-bypass engine. However, the days of the JT8D being mounted on consecutive planes parked next to each other at Atlanta, Dallas-Ft. Worth and Chicago are over. It is unique to consider the vast range of the Pratt & Whitney design, lasting nearly 60 years and still propelling passengers through the skies. The engine has ties to every major American airline and even some later startups like Spirit and AirTran who launched themselves into the market using older aircraft types to start operations.

Regardless of how quiet the skies get as engines meet ever-increasing regulations on noise pollution, the unmistakable roar of the JT8D will still live on in aviation enthusiasts’ minds for years to come.

Article was updated on June 6, 2020 at 4:30pm EST to correct the manufacturer’s home country.