Even in the midst of the COVID-19 pandemic, Vistara is continuing to develop itself and further establish as a premium full-service carrier in India. The airline is just over five years old and is operated as a joint venture between Singapore Airlines and Tata Sons, a large Indian conglomerate. Primarily a domestic airline it only launched its first international route last year. Since then it has continued on an upward trajectory.

In the first quarter of this year, the airline received its first Boeing 787-9 Dreamliner. It was their first long haul widebody aircraft. Unfortunately, due to the virus outbreak, it has only been running flights within India since international travel to and from India has largely been suspended unless it’s part of repatriation flights.

This past week the airline announced that it has taken yet another step towards its goal of international growth. The airline received its first Airbus A321neo, part of an order of 50 Airbus A320 family aircraft made back in 2018.

Generally the delivery of an aircraft this mundane doesn’t really warrant much attention, however, Vistara has taken the aircraft and carefully keyed it into their international expansion plans by choosing a particular cabin configuration that will make it ideal for international travel.

The airline decided on a three-class cabin configuration consisting of a total of 188 seats, 12 in business class, 24 in premium economy, and 152 in economy.

The business class seats will be fully flat seats in a two by two configuration similar to what is seen on business class in American Airlines’ Airbus A321Ts. 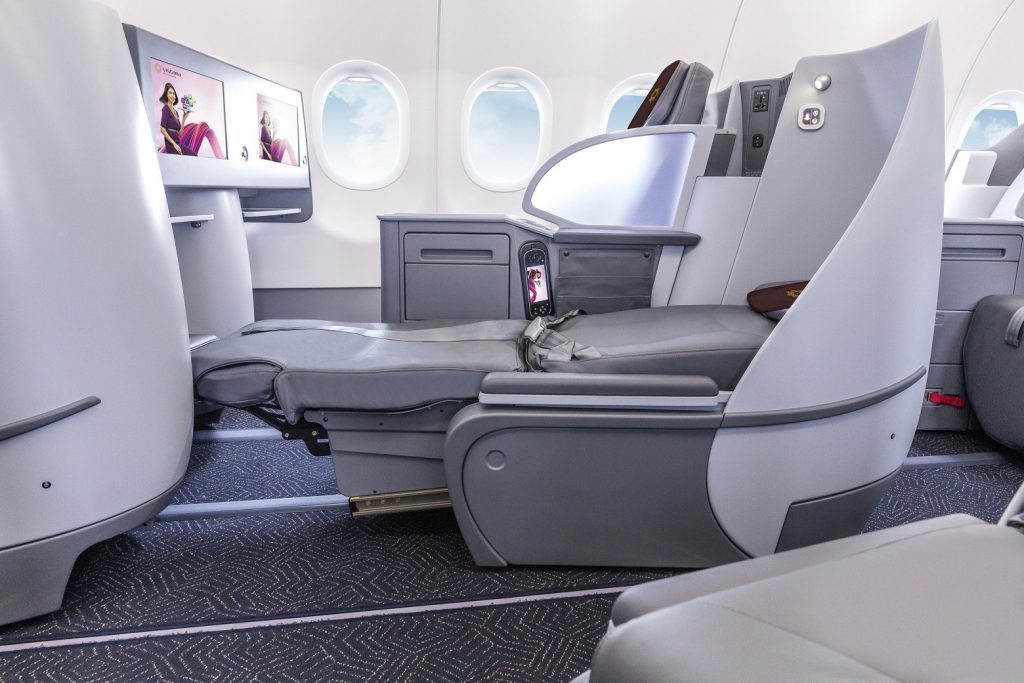 It’s the first airline in Southeast Asia to operate fully flat beds, the inspiration for this idea was derived from the JetBlue Mint product but due to external factors impacting delivery ultimately that seat type wasn’t selected.

Vistara has pioneered premium economy in India domestically and has expanded it their internationally configured aircraft as well. While on its B787s there is a premium economy cabin in the conventional sense, the premium economy cabin on the new A321neos is the same seat as in economy just with a seat pitch of 33 inches and a recline of 4.5 inches in a three by three configuration. In addition, there is USB charging and a 3-pin power outlet at every seat. The other benefit is that it is separated from the economy cabin with a divider as opposed to just being the first few seats of the economy cabin. 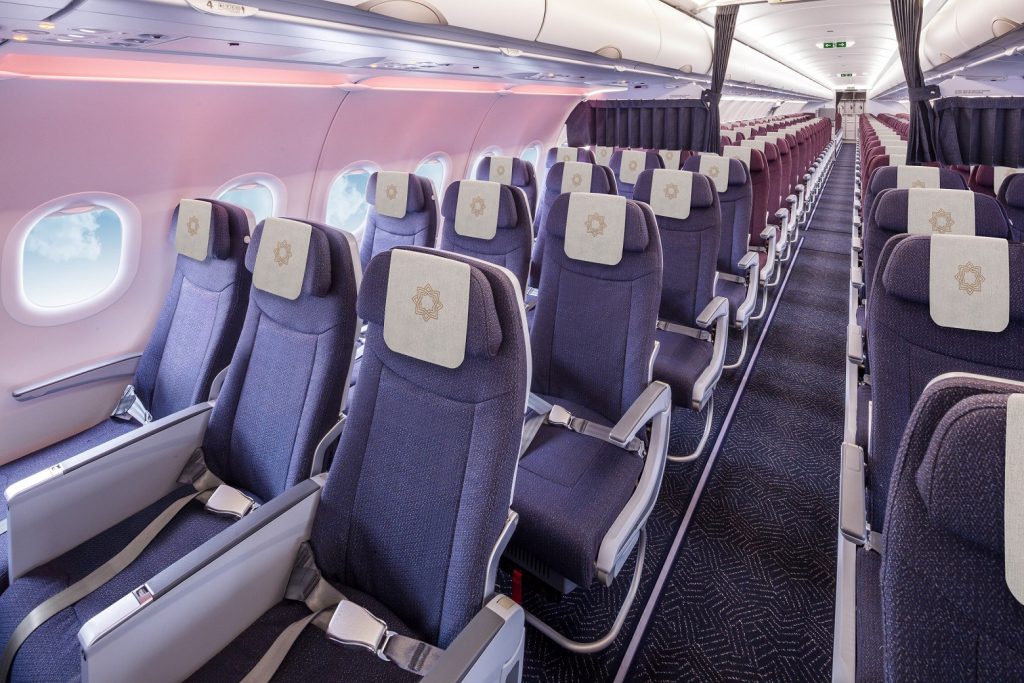 The economy cabin is as expected, standard three by three configuration with 28 to 29 inches of pitch and a recline of 3 inches. It features a standard 10-inch IFE system that is also found in the premium economy seats. A notable difference is that while there is USB charging at every seat there are only two power outlets for every three seats. 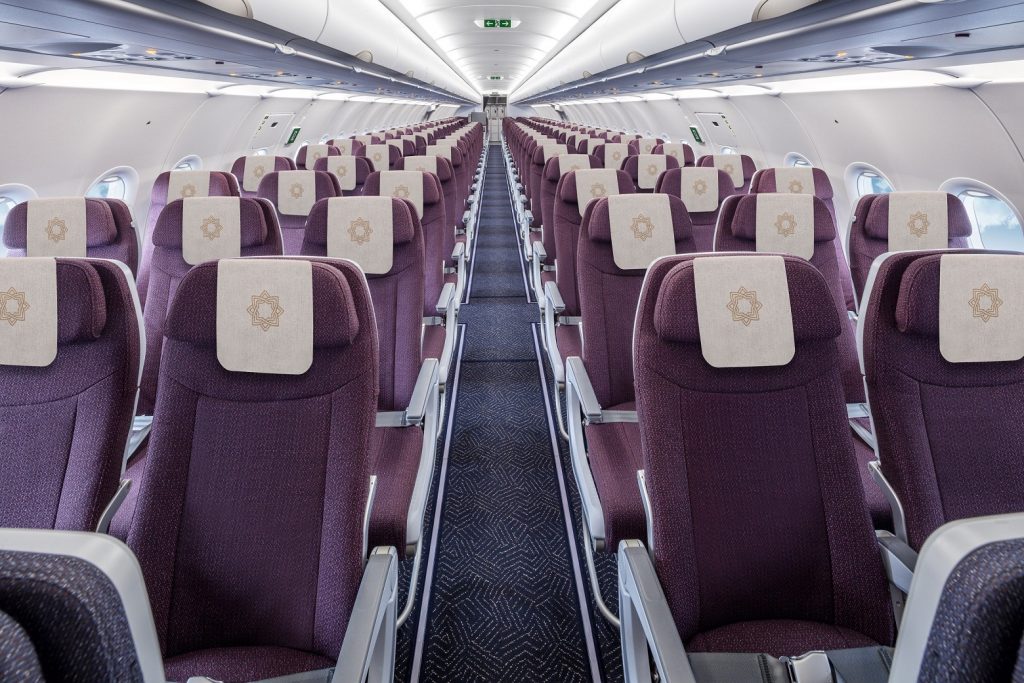 Oddly enough due to arcane regulations in India, there is a ban on inflight Wi-Fi when in Indian airspace so the airline can only offer Wi-Fi on international flights after leaving Indian airspace. Generally, when flying into India on foreign carriers that do have in-flight Wi-Fi a good way to tell that the aircraft has entered Indian airspace is that the Wi-Fi cuts out.

Vistara is yet to announce which routes the aircraft will fly once international travel returns. However, given the range of the A321neos equipped with CFM LEAP-1A engines, there are quite a few places it can go. It shouldn’t be surprising to see the aircraft on flights to key Asian destinations and to parts of Europe as demand returns.

China Eastern Airlines, a launch customer of the COMAC C919 signed a firm order with the state-owned aircraft manufacturer on… 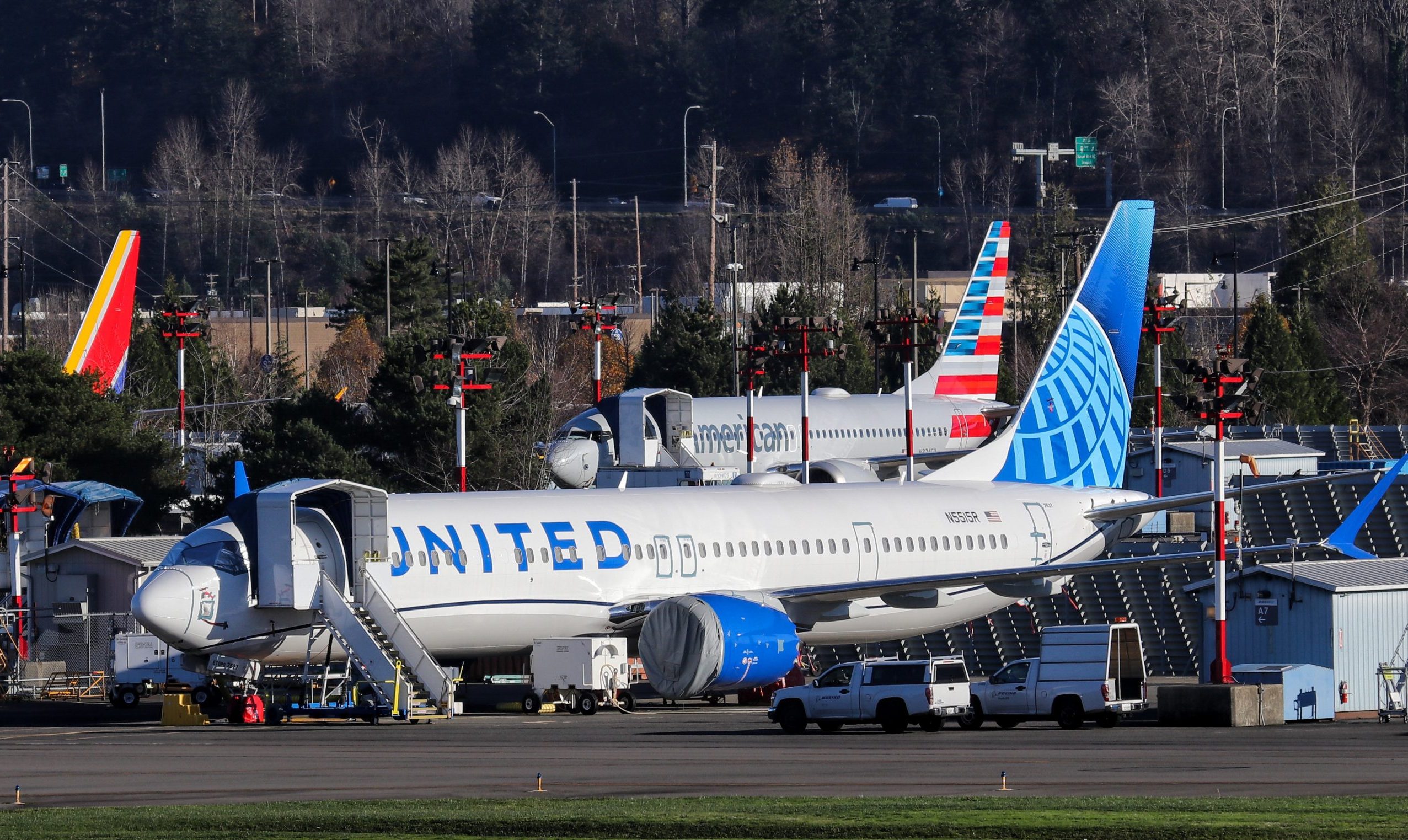 American Airlines has its recently reintroduced Boeing 737 MAX 8 aircraft scheduled to fly between the U.S and South America. From March 5, the Forth Worth-based carrier will fly the single-aisle Boeing between Miami and Manaus in North Eastern Brazil. The news was reported by Aviacionline, based on Cirium data.…