American Airlines announced Tuesday morning that it will cut 19,000 jobs on Oct. 1 when federal subsidies from the CARES Act run out. Per the money it received, the airline was not allowed to involuntarily cut any staff through Sept. 30.

Cuts in October will include about 17,500 flight attendants, pilots and mechanics in addition to 1,500 administration and management jobs. The cuts will make American 30% smaller than it was in March.

“We have come to you many times throughout the pandemic, often with sobering updates on a world none of us could have imagined,” said American Airlines CEO Doug Parker, along with company President Robert Isom, in a staff note announcing the cuts seen by AirlineGeeks. “Today is the hardest message we have had to share so far – the announcement of involuntary staffing reductions effective Oct. 1.”

American employed over 140,000 people in March before the coronavirus pandemic hit and the subsequent travel crisis ensued. The airline expects to have 40,000 fewer employees in October compared with its March figures, including thousands of employees who have taken early retirement, accepted fewer hours or agreed to go on partially- or unpaid leave.

More than 12,500 employees are permanently leaving American Airlines, while 11,000 will be on leave. Still, the number of involuntary cuts are lower than earlier projections that as many as 25,000 employees were at risk, likely because enough people elected to opt into buyout programs.

As air travel demand continues to struggle, American expects that its capacity in the fourth quarter will be at about half of 2019 levels; most of that recovery will come from domestic travel, as long-haul services will be at about 25% of their 2019 capacity.

“Each group is in a different situation. For example, since international flying is being reduced more than domestic service, groups that are staffed more heavily toward international service may see a larger impact,” Parker and Isom said in their letter. “Your individual leaders will be sharing more in the days ahead.”

“Today is a devastating day for the hardworking, frontline employees at American Airlines,” said Julie Hedrick, president of the Association of Professional Flight Attendants, which represents the more than 25,000 American Airlines cabin crew. “We will continue the fight for a clean extension of the aviation Payroll Support Program to keep our members, as well as aviation workers across the industry, connected to their paycheck and health benefits during this worldwide health crisis.”

“While the furlough is temporary, there is no way to predict how long it will last,” Jill Surdek, senior vice president of flight service at American, said in a letter to flight attendants, per ABC News.

An American Airlines 737-800 taxing at Boston Logan International Airport. The airline’s unions have not taken well to the decision to furlough thousands of workers. (Photo: AirlineGeeks | William Derrickson)

“This is the exact opposite of what any of us expected at the beginning of this year,” said Kimball Stone, American’s senior vice president for flight operations & integrated operations center, in a letter to pilots seen by AirlineGeeks. “Back in the April-May timeframe, it became apparent that even in a post-pandemic world that our industry would take a year or more to recover. Keeping true to our mission of taking care of our people and protecting our airline, we threw out the old playbook, and took on the fight on behalf of our pilots.

“So what did we do? We stopped hiring, taking a thoughtful approach to postpone plans of adding more than 1,000 pilots to our team. We crafted and immediately offered short-term, long-term and permanent leave options,” Stone’s letter continued. These conversations resulted in three voluntary options designed to lessen the number of necessary furloughs. Some options worked well and others were less successful.”

Unions across the airline industry argue that staff will be needed to allow for a seamless recovery when demand begins returning and that cutting so many people could leave airlines unprepared for travel rebounds that come could come as soon as a coronavirus vaccine is widely available.

“We’re likely to do an interview in six months about how people can’t find a seat and when they do it’s very expensive,” said Dennis Tajer, a spokesman for the Allied Pilots Association, a union that represents many of American’s pilots.

Upon taking the job earlier this summer, United CEO Scott Kirby said that, while cuts will be necessary, he aims to preserve as many positions as possible to allow United to respond to rebounds in travel as they come.

Airlines and labor unions are fighting for an extension of CARES Act funding to preserve jobs through March; such a proposal, which would give airlines an additional $25 billion, has won bipartisan support in U.S. congress – 16 Senate Republicans and over 200 members of the House of Representatives as well as President Donald Trump, who has said he would approve a Payroll Support Program extension – but has yet to be worked into any relief bills.

“The only problem with the legislation is that when it was enacted in March, it was assumed that by Sept. 30, the virus would be under control and demand for air travel would have returned,” Parker and Isom said in their letter. “That is obviously not the case.”

“The one possibility of avoiding these involuntary reductions on Oct. 1 is a clean extension of the PSP,” Parker and Isom continued. “Led by your labor unions, with the support of the industry, we have generated enormous bipartisan support for such an extension. The overwhelming majority of members of both the U.S. House and Senate appreciate that saving jobs in the airline industry through the crisis will mean a quicker economic recovery in the months and years ahead.”

In addition to cutting jobs, American announced last week that it is cutting services to 15 smaller cities once the CARES Act requirements forcing the airline to serve the cities end. Such a loss could prove devastating to small communities who rely on aviation as a quick, reliable and convenient source of resources and economic development. 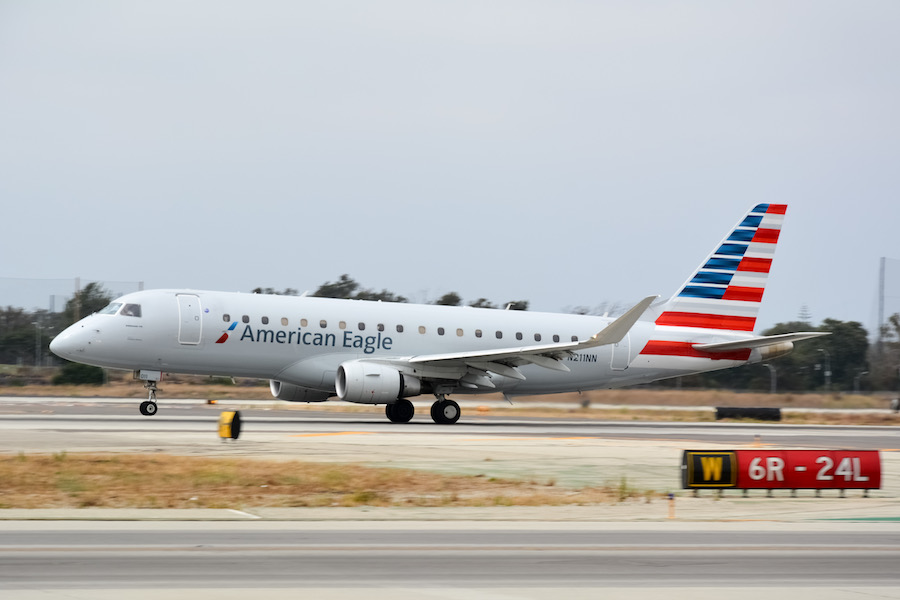 American Airlines’ announcement comes on the heels of a decision by Delta Air Lines to furlough nearly 2,000 pilots in October. United Airlines, the third legacy carrier in the U.S. could furlough up to 36,000 employees in October.

The announcement is in contrast with those from other airlines. Southwest Airlines has announced it will not involuntarily furlough any employees on Oct. 1 and hopes not to through at least the end of 2020. JetBlue has agreed not to involuntarily cut pilot jobs through May 1, 2020, while Spirit Airlines’ pilot union recently struck a deal to prevent layoffs by distributing hours between pilots.

Several drug companies and researchers have begun Stage 3 trials for a Coronavirus vaccine, and some estimates say one could be approved by the end of 2020 or the start of 2021. That could allow the vaccine to be widely distributed by summer 2021, which could allow air travel to make a substantial comeback during the second half of next year. But it’s still difficult to know what the exact vaccine testing timeline will be or how the public will react to a drug’s approval.