Emirates Keeps Hope for Airbus A380 Despite Pandemic

The President of Emirates has said that Emirates will continue with oncoming Airbus A380 orders despite the coronavirus pandemic’s impact on travel demand.

Tim Clark, who has presided over the airline since 2008, said in an interview with Aviation Business that the aircraft “remain hugely popular with the traveling public,” saying the airline should do “particularly well” with the fleet given competitors have accelerated their retirement of the fleet as a result of COVID-19.

The airline temporarily grounded all of its 115 Airbus superjumbos at the height of the pandemic in March when travel restrictions and lockdown orders came into force. However, as economies have opened up over the world, the iconic double-decker returned to the skies on some select routes to and from Dubai.

Some of Emirates’ rivals, like Lufthansa and Air France, have already outlined what the demise of their A380s will look like, favoring a future centered around smaller aircraft. This comes as industry figures prepare for a long wait before recovery in air travel demand to 2019 levels, with the boss of International Airlines Group telling Sky News it was unlikely to recover before 2023.

Even the Dubai-based carrier has committed smaller aircraft. In November 2019, Emirates ordered 50 Airbus A350-900s at the Dubai Airshow, in addition to orders of Boeing 777Xs and Boeing 787-9s. 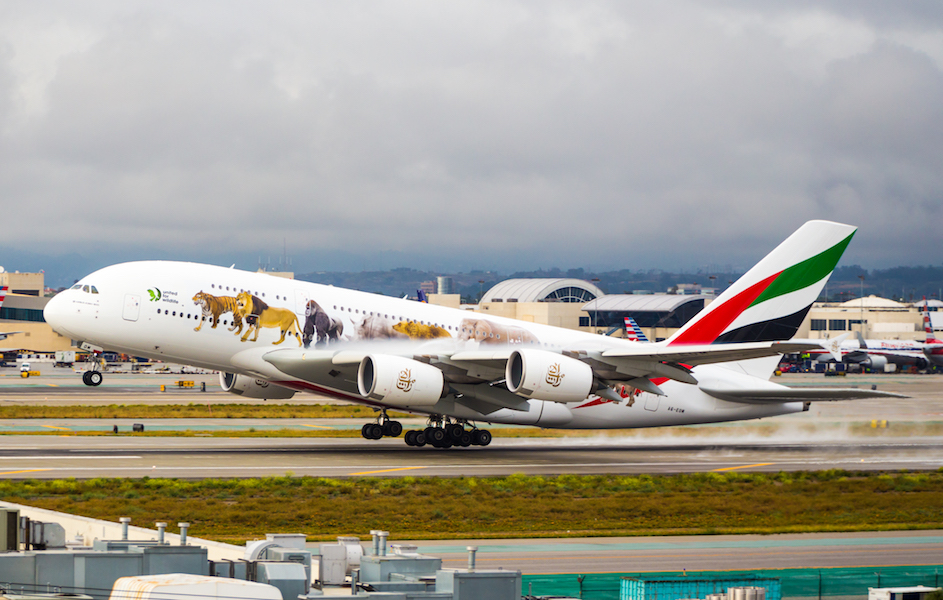 However, Emirates is still committed to the remaining eight A380s it has on order. Two of these are due to arrive before the end of 2020.

“The A380 was probably the best thing that could have happened to Emirates and certainly Dubai,” Clark said. “We value it enormously, we regret the fact it’s gone out of production, but that is testament to the strength of our business model”

Air France has already retired its fleet of double-decked aircraft and Qantas and Singapore Airlines have sent their A380s for long-term desert storage. However, Emirates isn’t the only airline to continue to hold out hope in the superjumbo.

North Wales Live reported in October that British Airways “had no plans” to retire its A380s, with the airline commenting that the plane “is still a valued part of our fleet.” Earlier this month, as England entered its second national lockdown, Simple Flying reported the U.K. flag carrier was moving its A380s to Madrid for winter storage. Earlier this year, the fleet was stored in Chateauroux, France, but some aircraft returned to London for maintenance.

On the future of the superjumbo, Clark commented, “We will have to manage eventually the departure of the airplane. But we’re a long way off from that.”

The U.A.E. based carrier already retired its first Airbus A380, A6-EDB, in October. However, this was planned before the pandemic due to required upcoming heavy maintenance for the airframe.

While Emirates’ home in Dubai is open to tourists, looming lockdowns in Europe and the Americas do not appear to favor airlines’ recovery efforts. However, with the U.K. adding the U.A.E onto the safe travel list, the picture could improve slightly if restrictions ease as planned on Dec. 2.