70 Years of Aerolíneas Argentinas: Some of Argentina’s History Written In the Sky

This Monday, Dec. 7 is the 70th anniversary of the day on which Aerolíneas Argentinas was formally established. The company was formally founded through decrees 26.099 and 26.100, signed by Juan Domingo Perón on this date in 1950.

As a brand, Aerolíneas Argentinas had already existed for several months at the time, serving to bring together the four joint ventures that had been fully nationalized in May 1949: ALFA, FAMA, ZONDA and Aeroposta Argentina, with the goal of benefiting from a “better use of aerial material and the improvement of technical services, the rationalization of schedules and rates, the comprehensive study of routes and flight plans and, finally, the practical use of human, professional, administrative, technical and worker equipment,” according to the balance of the year 1950. 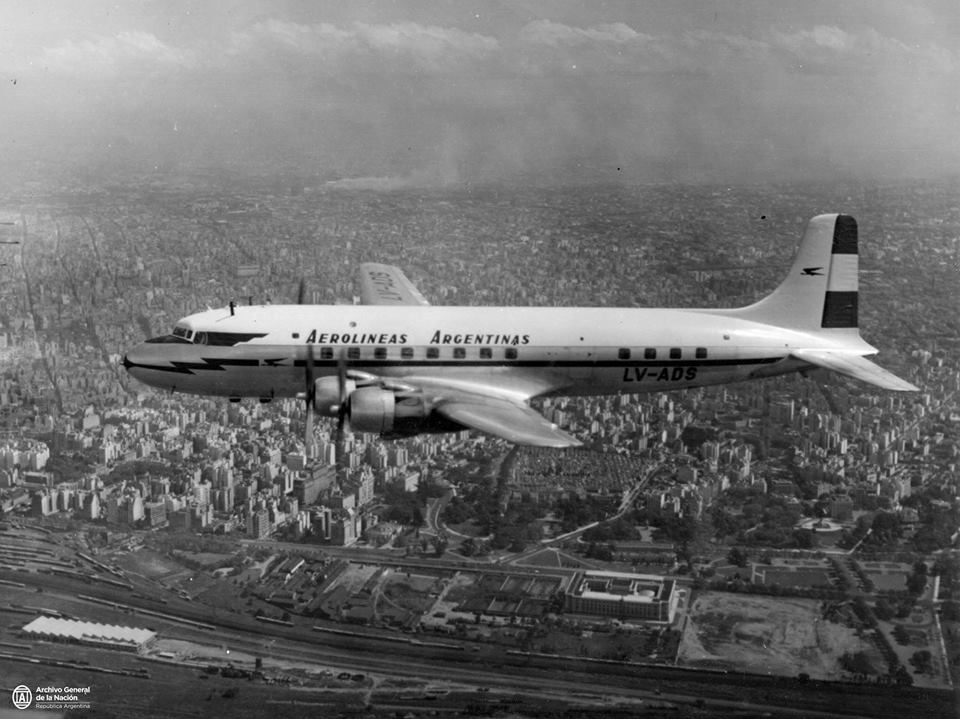 On March 2, 1959, Aerolíneas received the first DeHavilland Comet 4, christened Las Tres Marías, inaugurating the jet flights to Europe (London, Madrid, Paris and Rome) on May 19 and the United States on May 30 of that very same year.

In April 1960, the airline’s seaplanes were put out of service and, in November of that year, the jets made their first domestic flights, linking Ezeiza with Bariloche. In January 1962, the Sud Aviation Caravelle III and Avro 748 were incorporated for national routes, replacing the Douglas DC-3 and DC-4. In 1963, the route to La Paz, Bolivia was inaugurated. Starting in 1965, Comet 4s were replaced by the Boeing 707-387 “Intercontinental” and, thanks to this latest incorporation, began to fly to Frankfurt, Germany. In January 1970, the first of the Boeing 737-200s commissioned from Boeing began to operate on a regular basis, and the Comet IV was definitively decommissioned. 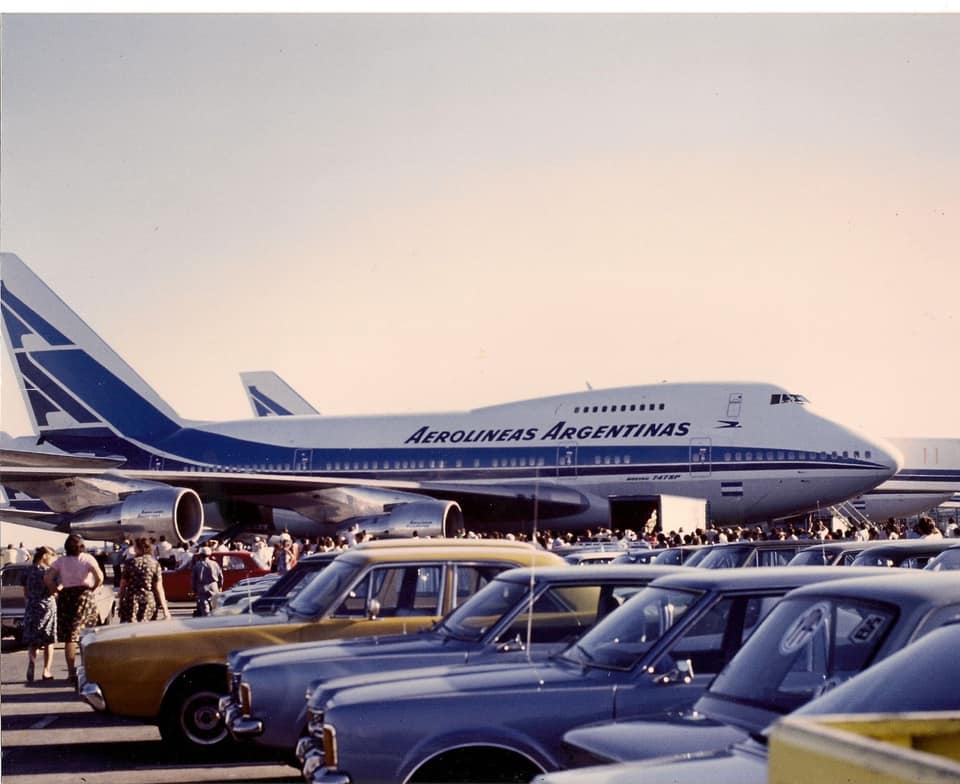 A Boeing 747SP in Ezeiza Airport, circa 1980 (Photo: Aerolíneas Argentinas)

In 1975, the Fokker F-28s were incorporated and on December 31, 1976, the first Boeing 747-200 was received. Since 1978, the Boeing 727-200 operated from Córdoba and Jujuy with international departures. New destinations such as Bogotá, Caracas, Mexico City, Miami, Los Angeles and Montreal were also inaugurated. The company was privatized in 1990 and brought to the brink of disappearance in 2001 and 2008, at which time it was recovered by the Argentinian government.

The company presented a special logo for its 70-year anniversary and decorated a Boeing 737 with retro paint, an action that caused great impact and that does not go unnoticed every time the aircraft lands at an airport in the country. In addition, terminal C of the Ezeiza International Airport was specially fitted with the commemorative logo, and Correo Argentino, Argentina’s national post office, announced a new stamp collection on Aerolíneas Argentinas, which can be purchased in the office’s digital store. Throughout the year and through its social media, the company will share different commemorative pieces proposing a journey through its history using a huge amount of unpublished archive on its most iconic aircraft and main milestones.

A week ago, Aerolíneas Argentinas finally announced the merger of the Austral brand, and it is preparing now to return its five Boeing 737 MAX into service. In this complicated global scenario, Argentina’s flag carrier is facing uncertainty again; as before, it will rely on its people and their passion for the company to prevail and continue painting the sky with its colors.