With the transfer of Flybondi operations to Ezeiza airport, commercial operations at El Palomar airport effectively ceased, although the terminal is technically open. The authorities had already anticipated that there was no way to guarantee the correct application of the sanitary protocols in the terminal located in the outskirts of Buenos Aires and in addition to the closure of Jorge Newbery Airport for maintenance, the only airport authorized for Buenos Aires is Ezeiza Airport.

Of course, behind the constant changes related to El Palomar, there is a set of lobbies and agreements that, finally, seems to be leaning towards an intermediate solution. Through a joint statement from the Ministry of Transportation and the Regulatory Body of the National Airport System (ORSNA), the authorities declared that the viability of El Palomar is nigh and that an agreement was reached so that the companies that operated in it could do it from Aeroparque -when it opens- at the price of the airport use fees that they had agreed with AA2000, the airport operator.

The statement released today indicates that “it is essential to optimize the economic resources of the entire sector, guaranteeing the safety and hygiene standards of the airport activity. Both objectives are being met today by concentrating the operation in Ezeiza, ensuring a safe health corridor that has already been agreed upon with all the airlines. ”

The note states, regarding El Palomar, that “at the time, enabling it as a commercial airport was a precarious solution.” Then it goes on to indicate that with a terminal with an area of ​​2,520 square meters and a satellite terminal of 462 square meters, “it is impossible to maintain the social distances recommended by the health authorities.”

It adds that “it is not economically sustainable to keep three airports operating for the same area of ​​influence with a volume of passengers that is around 20 million since cities with two or more airports move volumes of no less than 50 million passengers. ”

“The continuity of the commercial operation of the El Palomar Airport requires significant investments, especially the reconstruction of the runway.” The document estimates that the amount of the necessary works exceeds 4,000 million pesos, and that “allocating these resources to El Palomar would mean stopping carrying out works in several airports in the interior of the country when there are two nearby airports that are well prepared to absorb operations. developed there until today. ”

Both the Ministry and the ORSNA also refer to the agreement by which the rates would be reduced to low-cost operators so that they match those they were paying in El Palomar, and emphasize that “both JetSMART and Flybondi accompanied and understood the government’s proposal, understanding the irrationality that in this context implies to support an airport for a reduced number of operations, with the expenses that they cause for the state, companies and for organizations that must provide services such as PSA, Migrations, ANAC, Customs, Border Health, EANA, etc. »

The note closes with an appeal to the benefits of this agreement: rationality, improvement in service provision, and operation. And in the last sentence of the document, as an aspirational award that operators should hold onto, it is indicated that “In addition, in the future, they will be able to operate at the new Jorge Newbery Airport.”

This opens the game and implies a change of conditions for Flybondi, who had been denied, formally and informally, the landing on the Newbery. JetSMART was already in the fray from the purchase of Norwegian, which had slots in the air terminal. While the company based in Chile ensures that the continuity of Norwegian operations is sufficient to support the claim for that space in the main domestic hub of the country.

At the moment, company sources were more than skeptical of this possibility, since this authorization in the abstract is a negotiating letter that is a few months away from being finalized. So in some cases, giving in now implies a hope of the return of favors. In the whirlwind of promises, maybe that go-ahead is too ethereal and they need some more tangible gestures.

But there is a reality: even when it is not technically closed, it is difficult for El Palomar to ever operate again. Beyond health protocols, the economic and operational issues will prevail during 2021 and in the years that follow. No one expects a miraculous recovery, or some kind of recovery for that matter, before 2023-2024. What is the sense of an airport that will not recover its growth rate, being optimistic, for at least three years?

And recovering to 2019 values ​​is not the salvation of anything: the commercial aviation system was already very hit in December of last year, and the health crisis is just the icing on the cake. It will be a question of seeing which is the path of El Palomar if there is one left. For what is worth, an ecosystem that lived off the operations of the airport will have to look for alternatives or go out of business. A complex decision and one on which jobs and families depend. 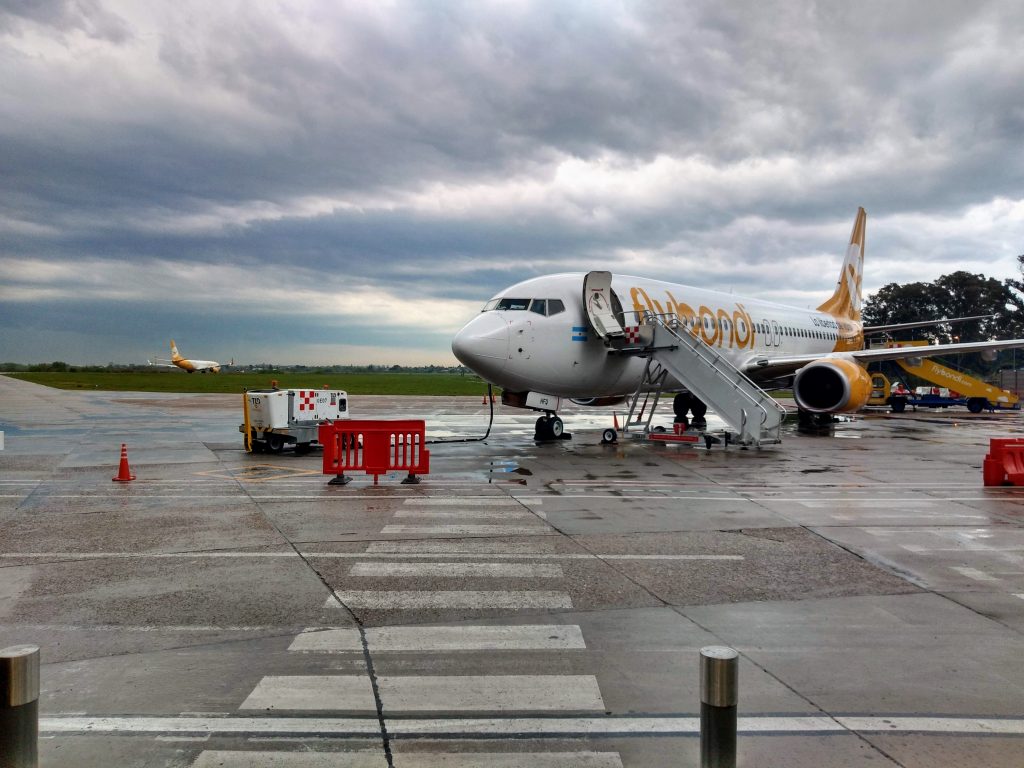 In that fog, El Palomar Airport vanishes. A symbol of a failed revolution, a victim of a predictable resistance and perfectly avoidable friendly fire. In the whirlwind of the pandemic, we forget that it had been stumbling long before the virus. When the storm passes, little will remain of what came to change. It will be an anecdote buried in history. A Bay of Pigs that will be a metaphor for what he wanted to be, and never could. Or what they never allowed.

Cathay Pacific revealed that it is not out of the woods, while the global aviation industry is experiencing a gradual recovery. Hong Kong’s flag carrier has unveiled the traffic figures for December, carrying 92,916 passengers — an increase of 130.6 %, compared to the same time last year. However, it…