Boeing Under Pressure Amid Recovery

The past few months have been among the most hopeful in Boeing’s recent history. The manufacturer has faced constant pressure over its handling of its Boeing 737 MAX certification and ensuing grounding. The coronavirus pandemic saw the planemaker’s revenues plummet as airlines have largely stopped accepted aircraft deliveries, forcing Boeing to cut production, lay off staff and find place to store planes that have been built but may not be delivered for years to come.

But things have been looking up for Boeing over the past six months. The U.S. Federal Aviation Administration (FAA) recertified the MAX in November 2020, and regulators in Brazil, the European Union, the UK and Canada were soon to follow. Since, three vaccines have been granted emergency approval in the United States – and some combination of those three, made by Pfizer, Moderna and Johnson & Johnson have been granted approval in other major aviation markets around the world – hinting that some sort of an aviation revival may be coming within a year.

Despite these benefits, Boeing’s worries are far from over, and airlines, agencies and citizens around the world are putting renewed pressure on the manufacturer as it starts to move forward once again. Let’s take a look at where Boeing is recovering and the criticisms it is facing anew.

Boeing logged 82 new aircraft orders in February, compared with 51 logged cancelations. This is the first time that orders have outpaced cancellations at the company since November 2019, when the manufacturer was in the thick 737 MAX recertification saga.

Those orders include an additional 25 MAX planes destined for United Airlines as well as 27 KC-46 tankers. Singapore Airlines ordered 19 Boeing 787 Dreamliners and a number of 777X jets. 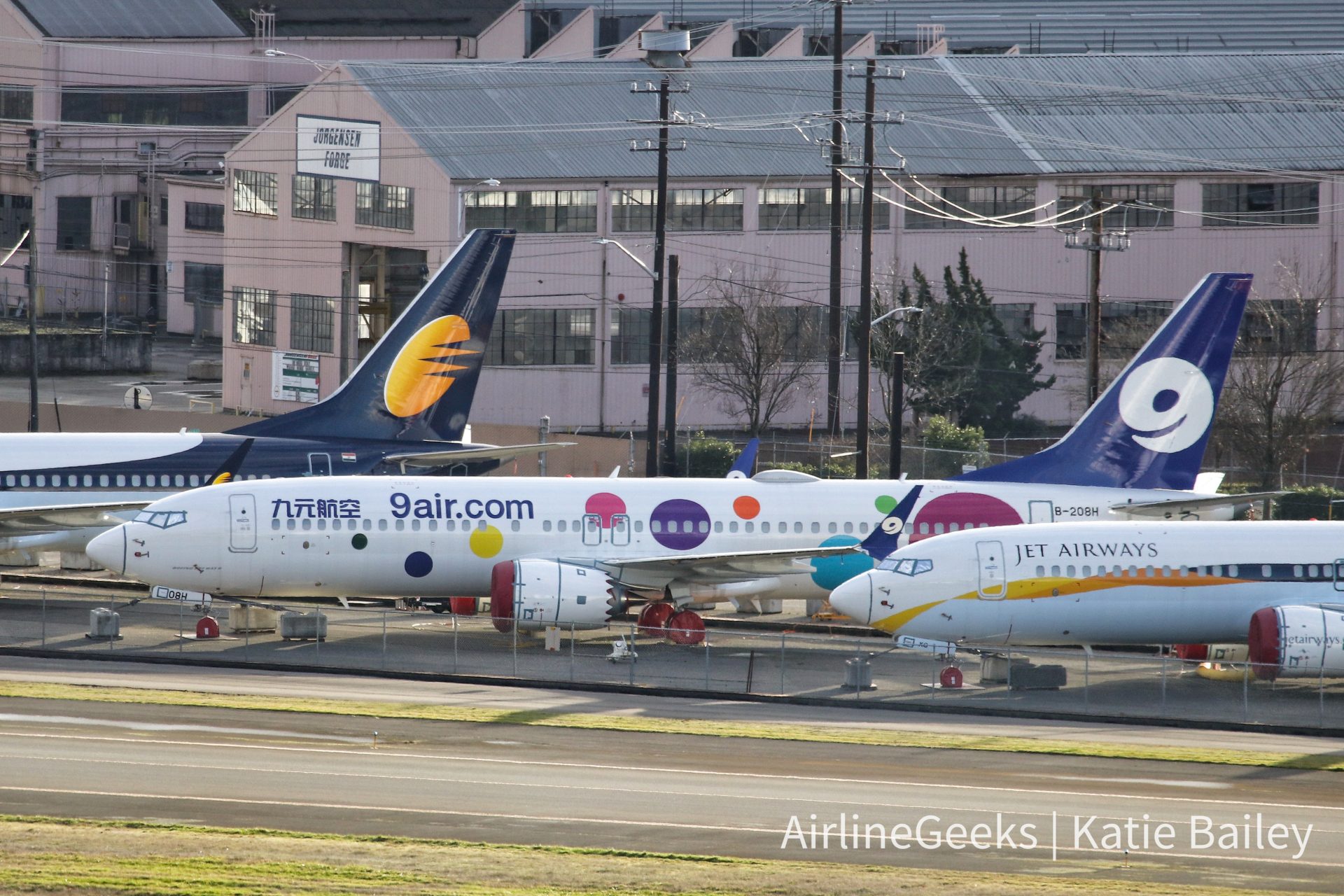 Boeing’s backlog stands at 4,041 planes, including over 3,000 MAX aircraft. It delivered 22 planes in February, featuring 18 MAX.

Boeing only received four orders in January – four 747-8s destined for Atlas Air – but the rebound in February reflects many airlines’ projections that travel demand will rebound in the second half of 2021. The American federal government projects it can have enough vaccines for each adult American by the end of May, which means that travelers who have been cooped up inside for over a year will be eager to get out and travel as full immunity kicks in over the summer. 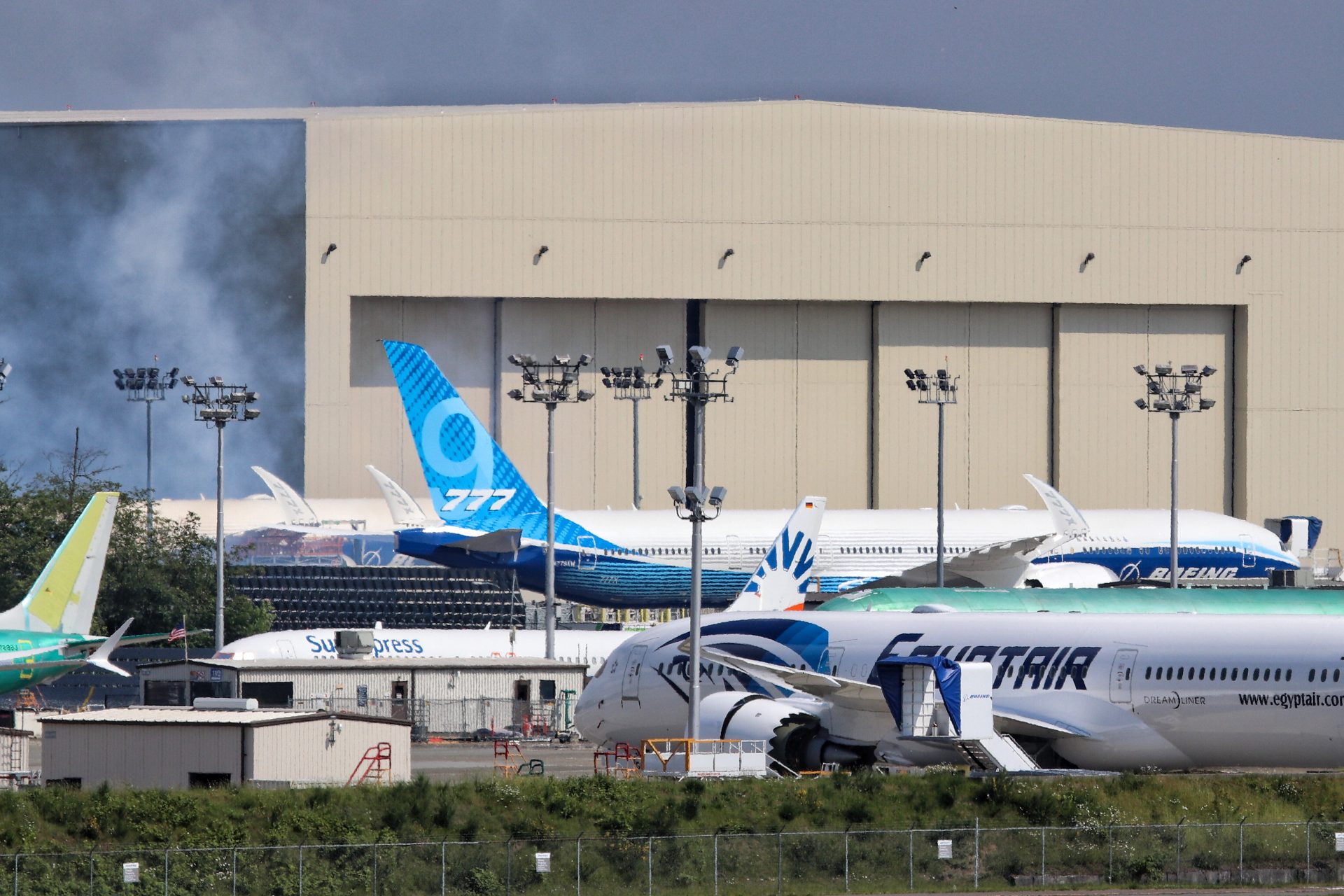 Airlines say that having aircraft ready to go will be paramount for a quick recovery and retaining market share. Carriers have been bringing planes out of maintenance to prepare for rebounds, and when United placed its recent MAX order, it hinted it also plans to expedite deliveries in order to have planes promptly as it also looks to retire aging aircraft.

Boeing has been able to increase its relationship with suppliers like Spirit Aerosystems over the past few months as it prepares to start delivering more aircraft. While it will be months, if not years, before Boeing starts producing planes on pre-pandemic levels, the fact that it is starting to resume deliveries is a good sign not only for the company and its partners but also employees, airlines and passenger who will be eager to travel post-vaccine.

As China is the second-largest aviation market in the world, as well as the fastest-growing, Boeing has a huge interest in selling planes to Chinese airlines and companies, who are already among Boeing’s biggest customers. Boeing needs to pay to keep storing Chinese-bound MAX planes for longer than they should, is missing out on payments and is risking delaying deliveries so long that customers can consider canceling orders.

Without MAX recertification, Boeing is potentially losing thousands of aircraft orders as airlines turn to similar Airbus and COMAC aircraft to fill their needs. COMAC, like many Chinese airlines, is government-owned, and airlines are incentivized to place orders for it; Airbus also has a bigger production presence in China, so the government may approve of it more as its plants support Chinese jobs and give citizens spending money to boost local and national economies. 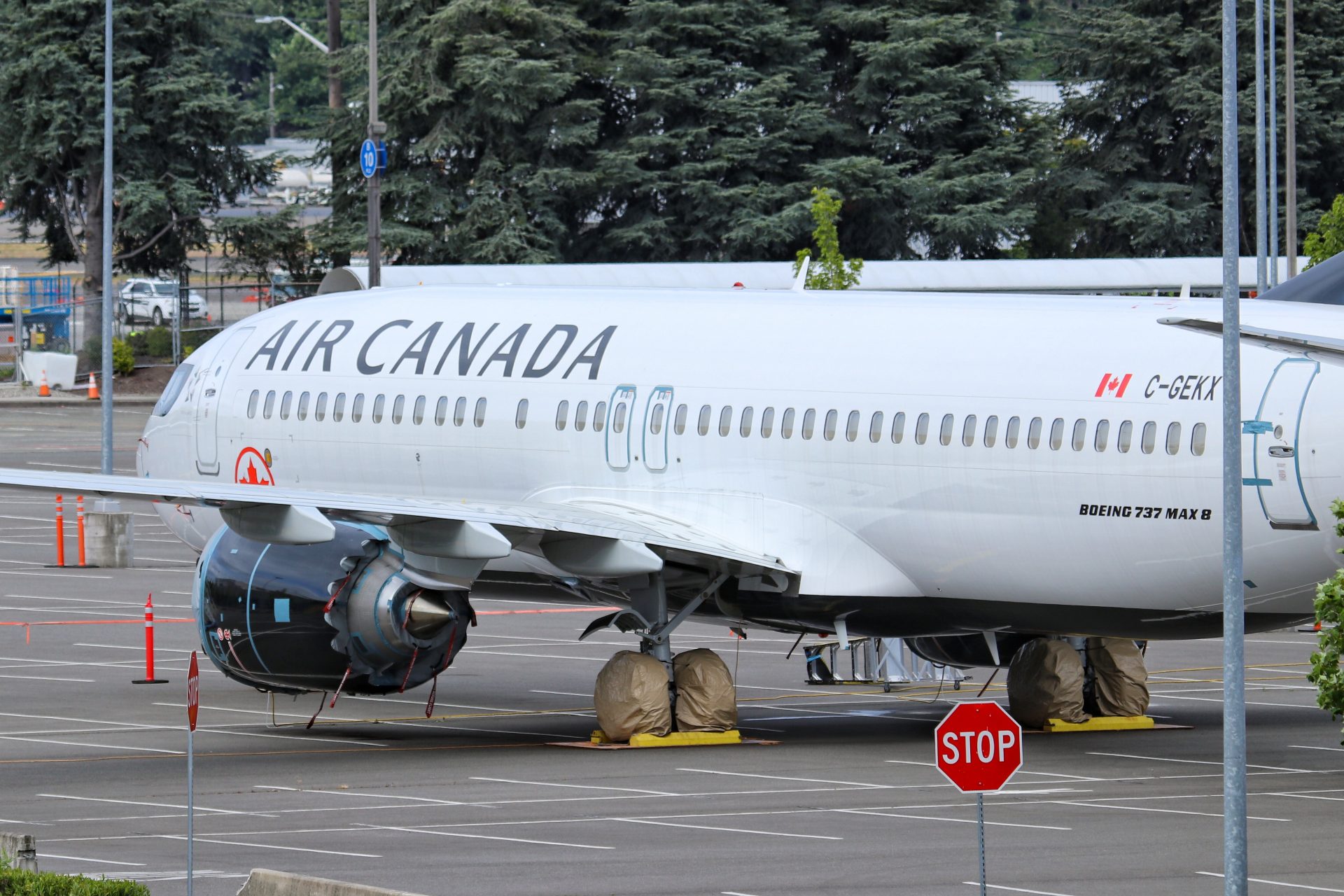 Ethiopian investigators are also preparing to release their final report on Ethiopian Flight 302, which might place renewed focus on the aircraft type, driving passengers to shun the type and disincentivizing future orders.

Lawyers that represent families of Flight 302’s victims have also been pressing Boeing executives to testify to congress once again. The lawyers wrote to the House and Senate Transportation Committees last month urging the FAA to turn over documents related to the MAX spanning from the first Lion Air MAX crash through the Ethiopian accident.

Though most Lion Air cases have been resolved, Boeing is facing hundreds of lawsuits related to the Ethiopian accident.

Among the biggest questions that Boeing faced after the MAX crisis was its relationship with the FAA. The planemaker and regulator alike have been heavily criticized for lapses in inspections – Boeing for failing to report potential problems that it was aware of to government inspectors and the FAA for giving Boeing too much agency to certify its own planes without cross-checking.

Boeing has been under renewed pressure to regain public trust. Earlier this month, The Air Current reported an interview with Emirates President Tim Clark, who says that Boeing still has work to do to resolve “its acute struggles” with types such as the MAX, the 777X and the 787. 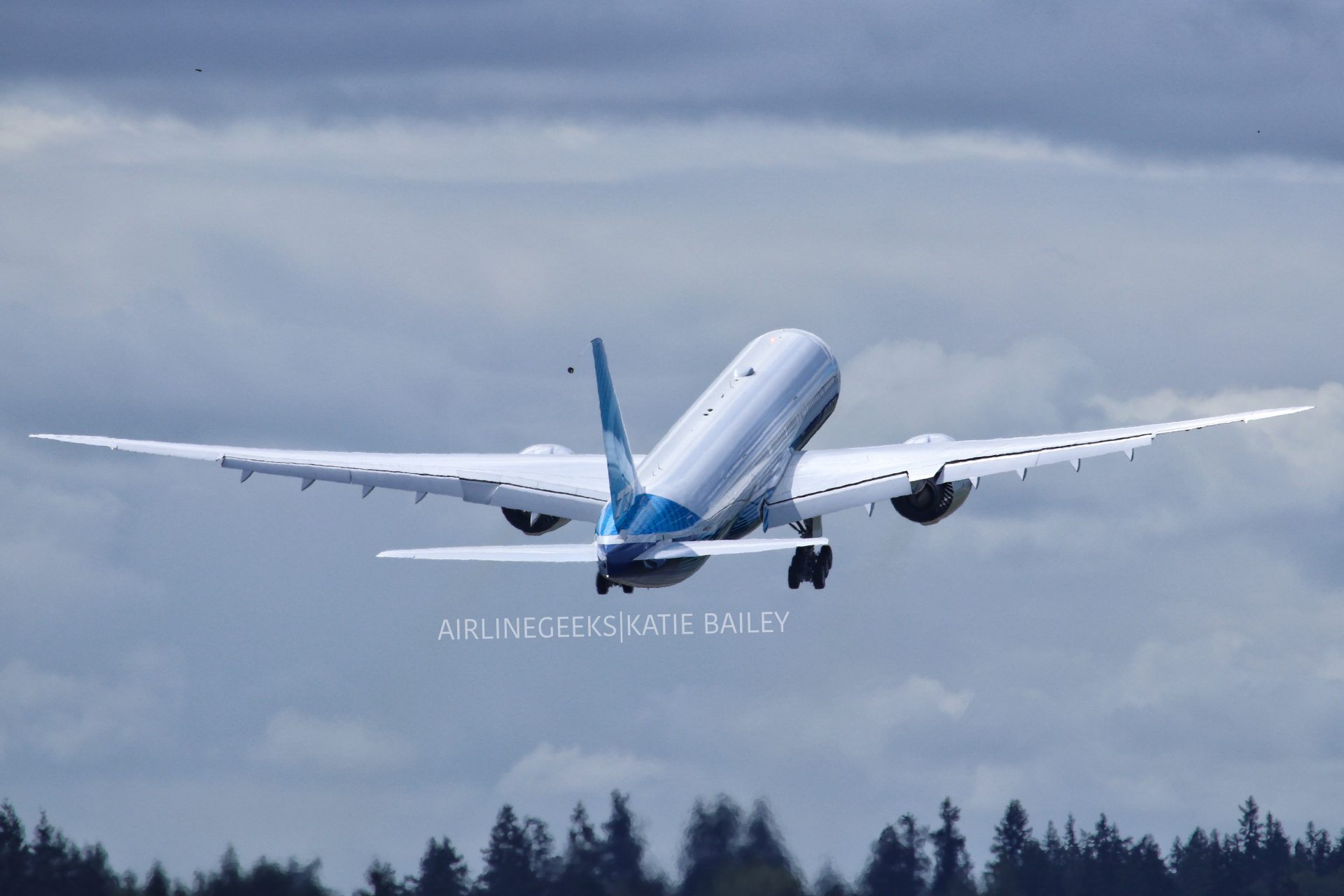 The Boeing 777X 9 lifts off for a test flight.
(Photo: AirlineGeeks | Katie Bailey)

“Culpability for the culture, strategy, direction, priority of that company rests with the Boeing board and nobody else. And that’s where the buck should stop. And that’s where they need to get themselves sorted out,” Clark said, hinting he does not believe Boeing has done enough to rebuild itself into an honest, trustworthy manufacturer that regulators, customers and the public can trust.

“Going forward, the relationships that airlines have with the likes of Boeing will be conditioned by what they see they are doing to sort out their internal problems,” Clark added. “[Boeing’s leadership] can take that whichever way they like it. If they don’t like what they hear, well, then that’s tough. That’s someone like me saying, you need to sort yourself out.”

The Seattle Times has also reported on the latest FAA Safety Engineer to publicly criticize the agency’s handling of MAX oversight. Joe Jacobsen, the engineer, says he believes that the FAA would have been able to catch the safety issues that plagued the MAX before they caused crashes if Boeing had reported them; however, the FAA was not made aware of any serious issues with the jet until the first crash occurred in Indonesia. 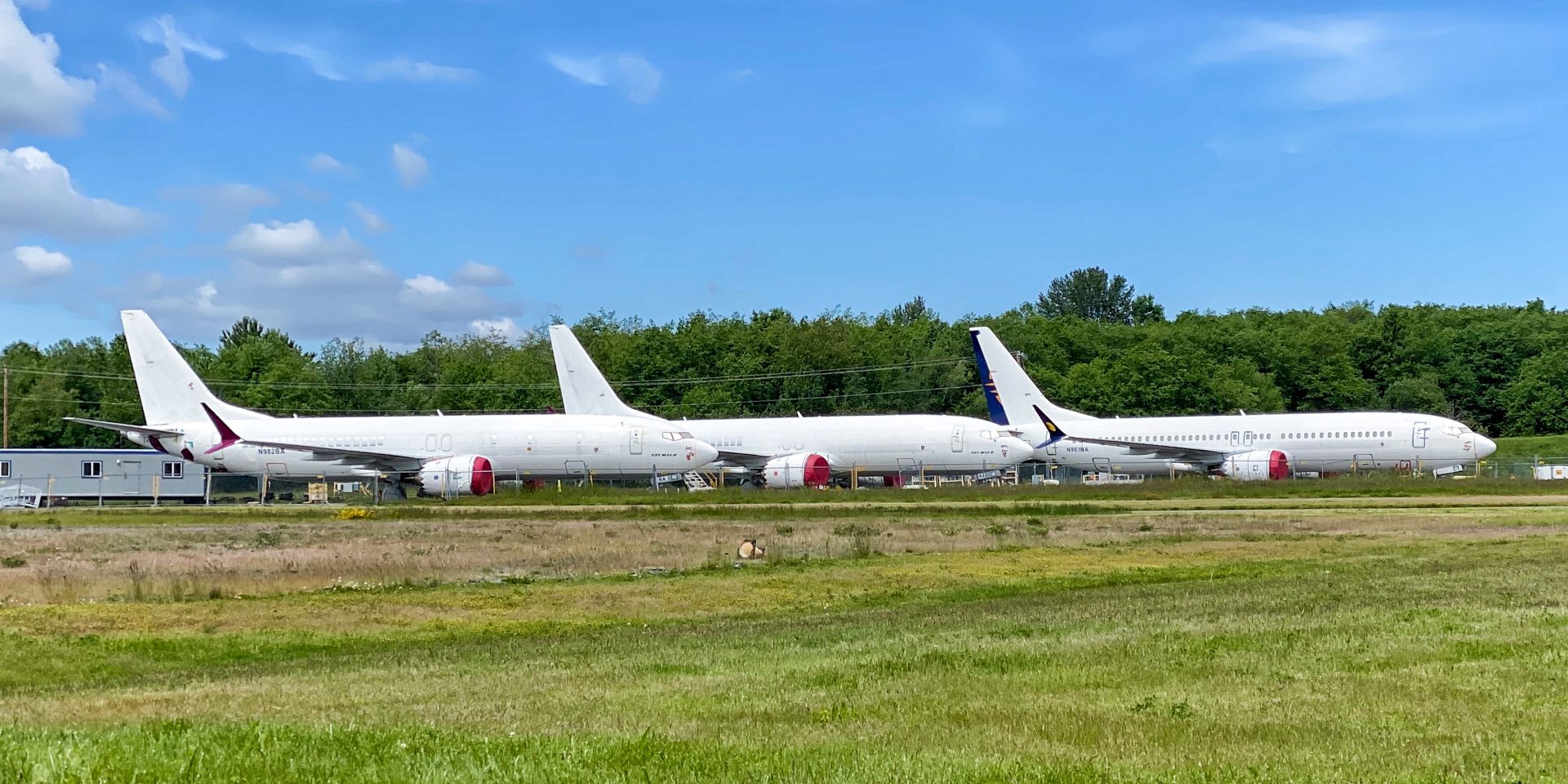 Jacobsen has publicly offered the methods he believes his fellow engineers would have used to help safely recertify the MAX, including several fixes he believes would make the jet better. Jacobsen gave his report to both the FAA and congressional committees, and he has worked with the families of crash victims to build cases in pending lawsuits against Boeing.

Boeing has already taken some steps, like an upheaval of its upper management, to regain public trust, but there is still much more to go. The manufacturer is working with clients to revamp pilot training and maintenance standards for the MAX, and, per the terms of its EU re-approval, it is working on adding a third sensor for its Maneuvering Characteristics Augmentation System (MCAS), currently believed to be the main culprit in both crashes.

The recertification of the 777X, Boeing’s newest attempt at revamping a successful airframe, will be instrumental in regaining public trust. Though the introduction date for the aircraft has already been pushed back multiple times, Boeing has a perfect opportunity to make good on the demands of many passengers, regulators and governments worldwide and work closely with the FAA to safely certify the aircraft and instill confidence in passengers.

Boeing is also rumored to be working on a re-engined version of its popular 757 jet. While that model is years out from being produced, it will be another opportunity for Boeing to prove that it wants to work with regulators to produce safe jets and place the safety of its aircraft over profits.