Age is just a number, as they say, and Honeywell’s 757-200 is no exception to this rule. The aircraft — registered as N757HW — tests some of the latest and greatest aviation technologies, including safety systems, powerplants and products targeted more towards the airline passenger.

N757HW was the fifth 757 off Boeing’s Renton, Wash. assembly line, first delivered to the now-defunct Eastern Air Lines in 1983. After its career in the Eastern fleet, it flew for a variety of UK-based holiday companies before arriving at Honeywell in 2005.

Honeywell’s aerospace division has a variety of both fixed-wing and rotary aircraft to test its products. Its largest aircraft type is the sole 757, but the company owns smaller airplanes such as an Embraer E170 and Cessna Citation jets, among others.

The company’s 757 has over 3,000 flight test hours under its belt, conducting those tests and demonstrations globally. According to Honeywell, N757HW has conducted more than 800 separate flight tests in 30 countries during its tenure. 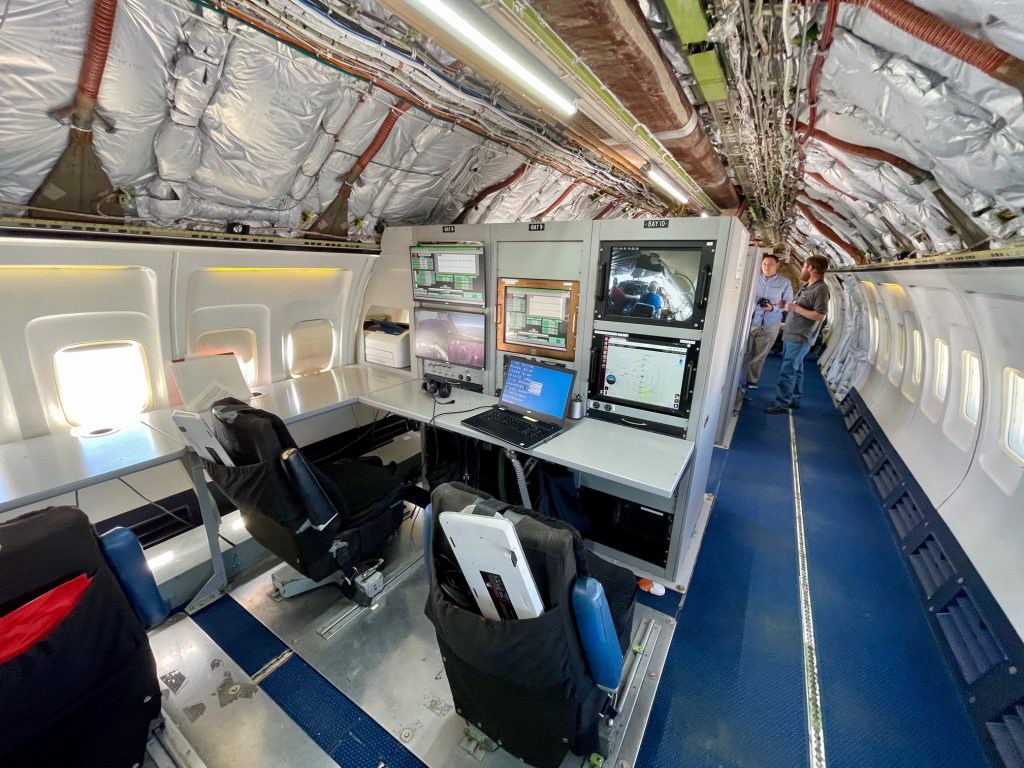 Just like actual aircraft manufacturers, engine makers such as Honeywell put their powerplants through rigorous testing procedures. The company uses its 757 for this and has tested a variety of engine types, including the HTF7000, TFE731 and TPE331 — which are common in corporate and military aircraft — with the 757. 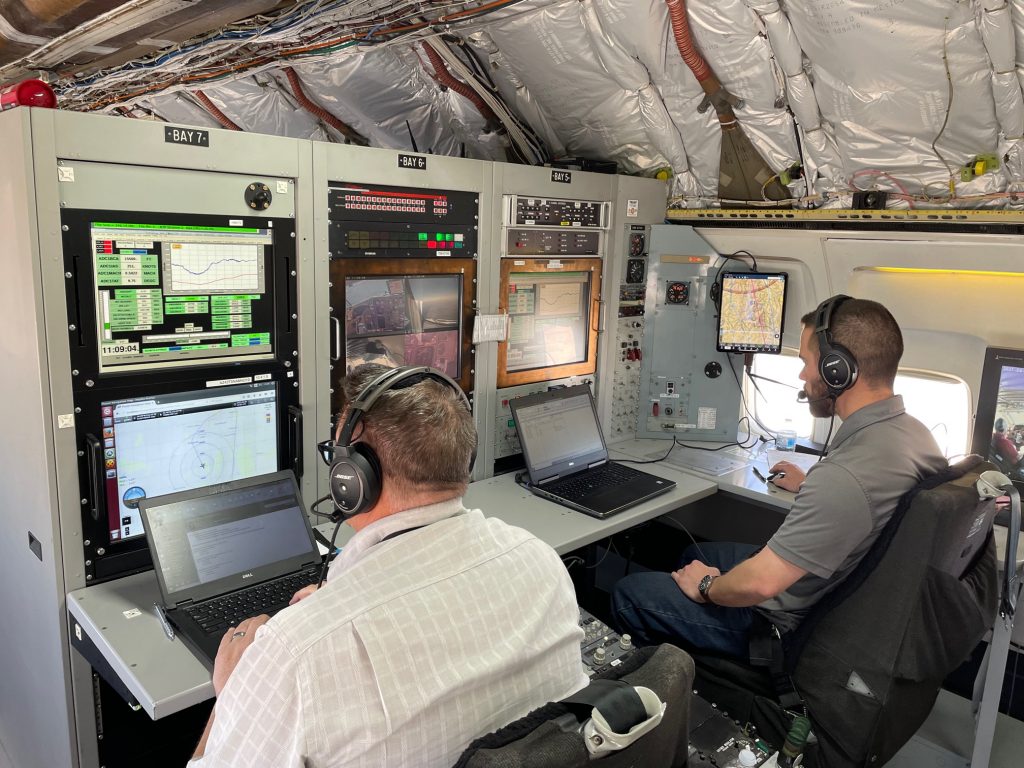 To do this type of testing, Honeywell engineers installed a pylon on the right side of the airplane, which is universal across any engine mount or nacelle configuration. The design is built to handle an engine that produces upwards of 16,500 pounds of thrust. 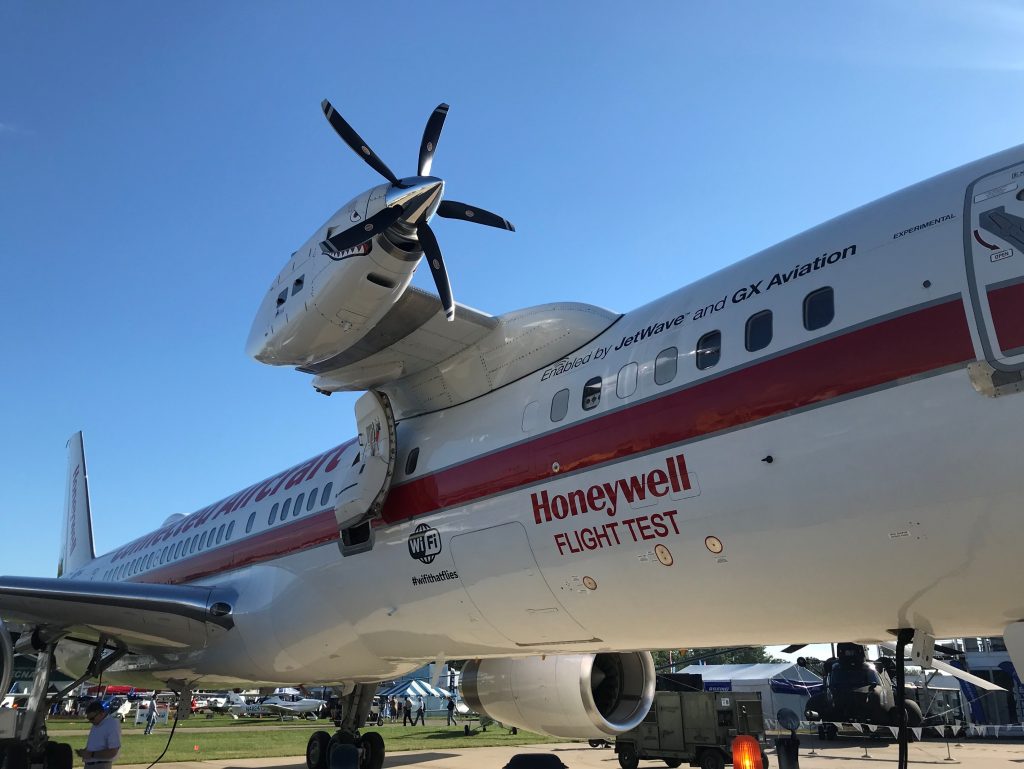 Other engine manufactures have similar testbeds for their powerplants. General Electric’s aerospace division, for example, has a 747-400. The manufacturer tested the world’s largest aircraft engine, the GE9X, on its testbed aircraft.

Honeywell designs engines for a variety of aircraft types, including gas turbine and turboprop airplanes. The company’s aerospace sector is based in Phoenix, Ariz. — adjacent to Phoenix Sky Harbor International Airport — which is where the 757 primarily operates.

Onboard a Test Flight

Honeywell invited AirlineGeeks to join its flight operations team for a demonstration flight. During this operation, no engine was attached to the pylon, but the company demonstrated some of its other flight components. 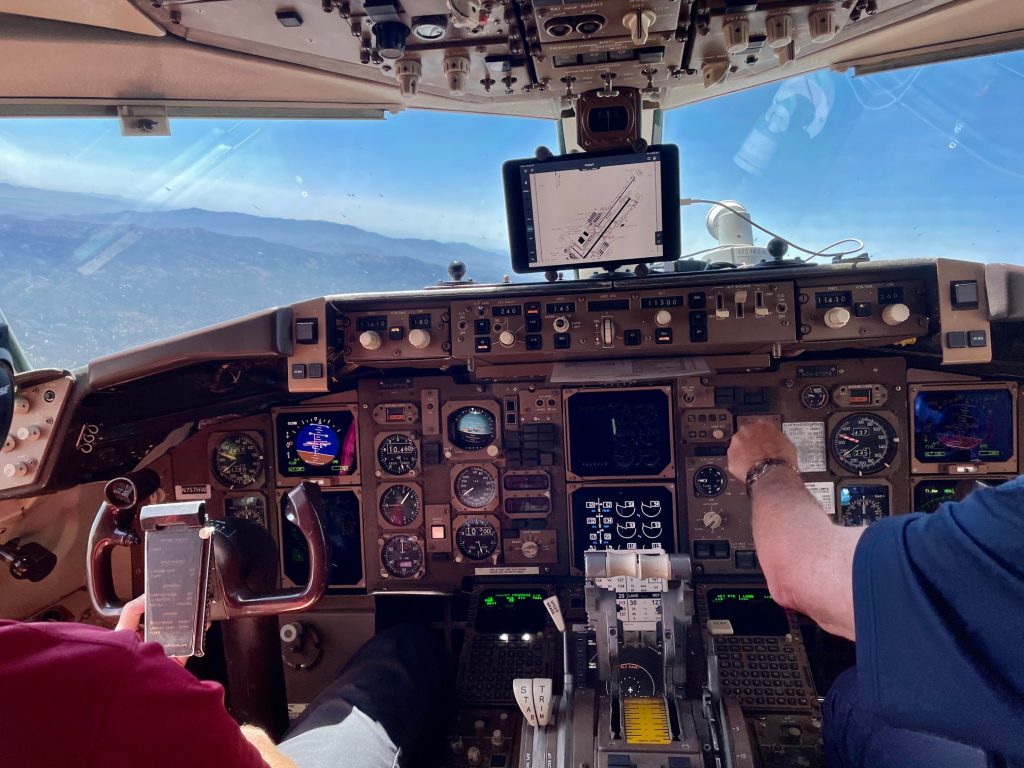 Inside the flight deck on Honeywell’s 757 (Photo: AirlineGeeks | Ryan Ewing)

After a preflight briefing, we headed out to the flightline where Honeywell chief airman Joe Duval pre-flighted the jet. Since Arizona was not offering much bad weather to test the enhanced radar systems, our flight looked at Honeywell’s runway safety alerting tools. Honeywell calls this its SmartLanding/SmartRunway (RAAS) system.

This system increases pilot awareness during all flight phases, including taxi, takeoff and landing. It also helps to mitigate unstable approaches by audibly notifying pilots of any issues.

To test this feature, the Honeywell took us up to Flagstaff Pulliam Airport in Northern Arizona, where we did several low approaches purposely set up to be unstable to demonstrate and test the system.

During our first unstable approach, the system called out “Unstable, Unstable,” notifying the pilots that they should consider a go-around or missed approach.

But Honeywell’s RAAS started working well before we reached Flagstaff. Using a backend database, the system audibly notifies the crew when they are turning onto a runway, which in our case was runway 08 in Phoenix. This helps ensure that pilots are using the correct runway for departure by providing another layer of verification.

Our flight was operated under Visual Flight Rules (VFR) — an uncommon operation for an aircraft that large. This also allowed us a bit more flexibility in where we could fly, meaning the views of Sedona, Ariz.’s red rocks were top-notch. 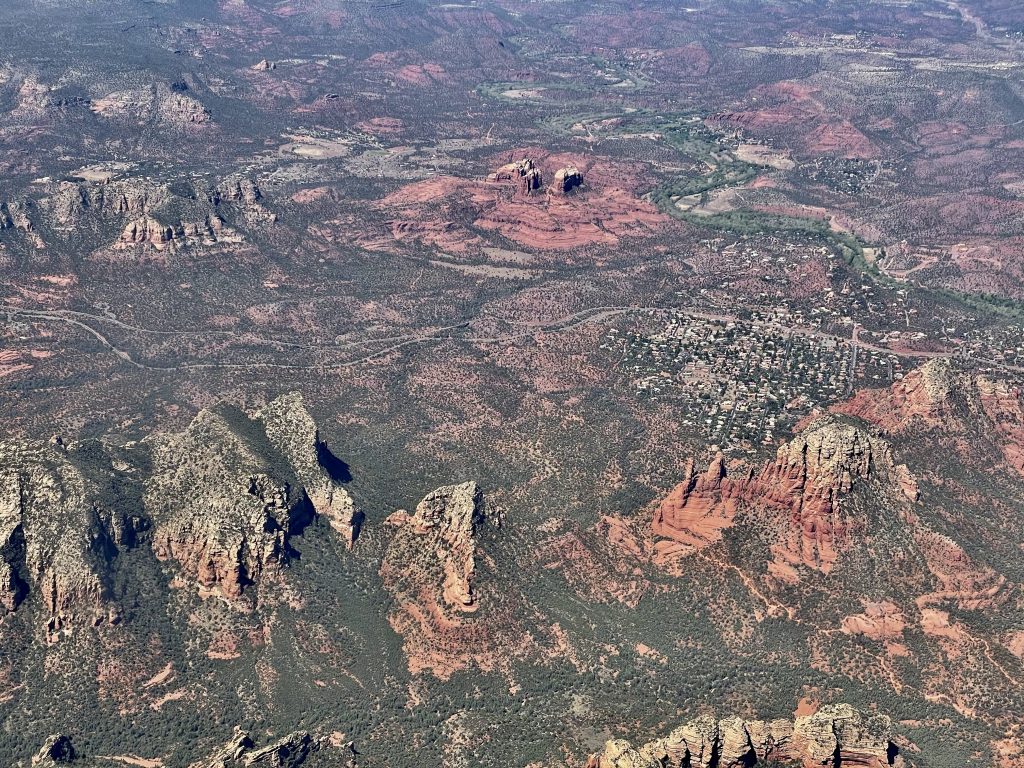 Joe, who was also the pilot-in-command on our flight, performed several more low approaches in Flagstaff before we did another test in nearby Prescott, Ariz. This airport has three runways, including one large enough to handle bigger aircraft.

The crew intentionally positioned our aircraft for an approach on Prescott’s runway 21R, which is the smaller parallel runway to 21L. Without being hooked into any instrument approach capabilities, the RAAS again alerted the crew that we were lined up for an approach on the wrong runway. 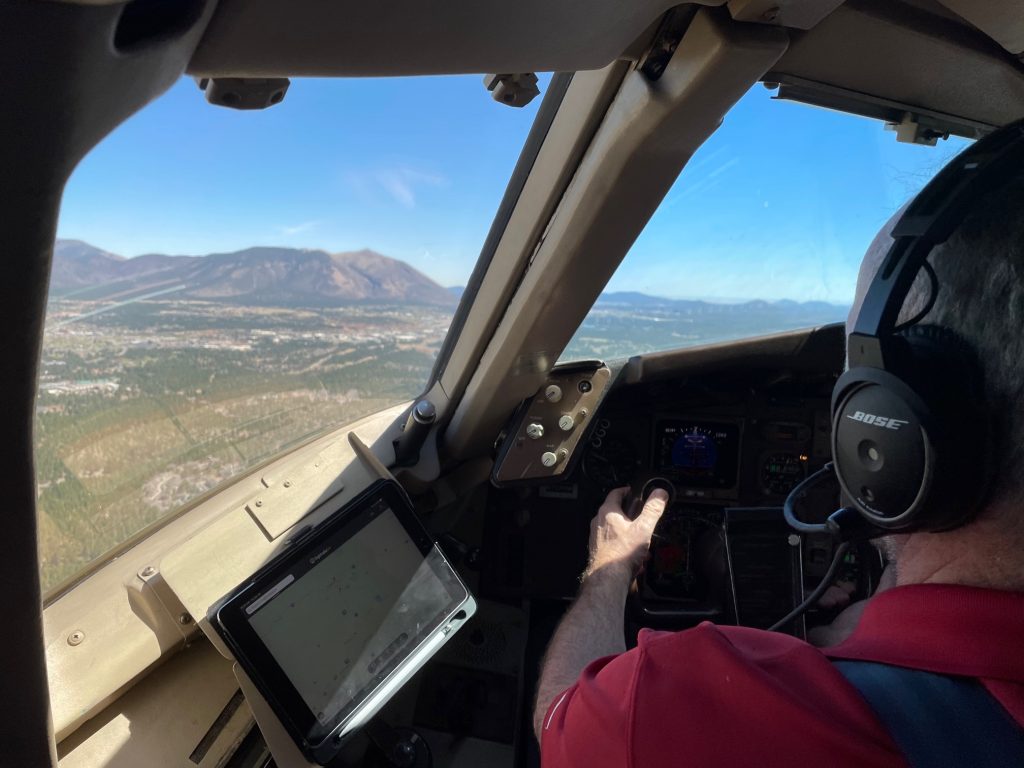 Another item that Honeywell demonstrated on this flight was its high-speed WiFi system. Honeywell offers different connectivity solutions for both airlines and business aviation. We tried it out and were able to FaceTime people on the ground, a near impossibility on most airline WiFi platforms.

According to the company, this technology allows for a full suite of video conferencing and streaming capabilities along with other basic internet uses.

We returned to Phoenix, where Honeywell demoed some of its other testbed aircraft. 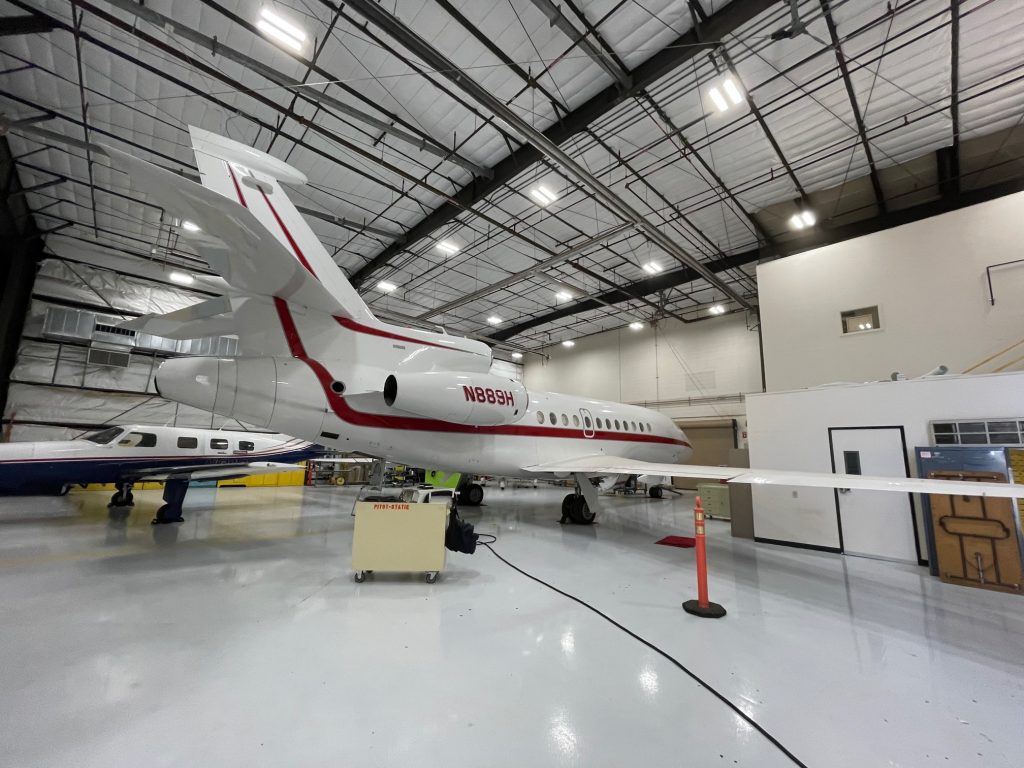 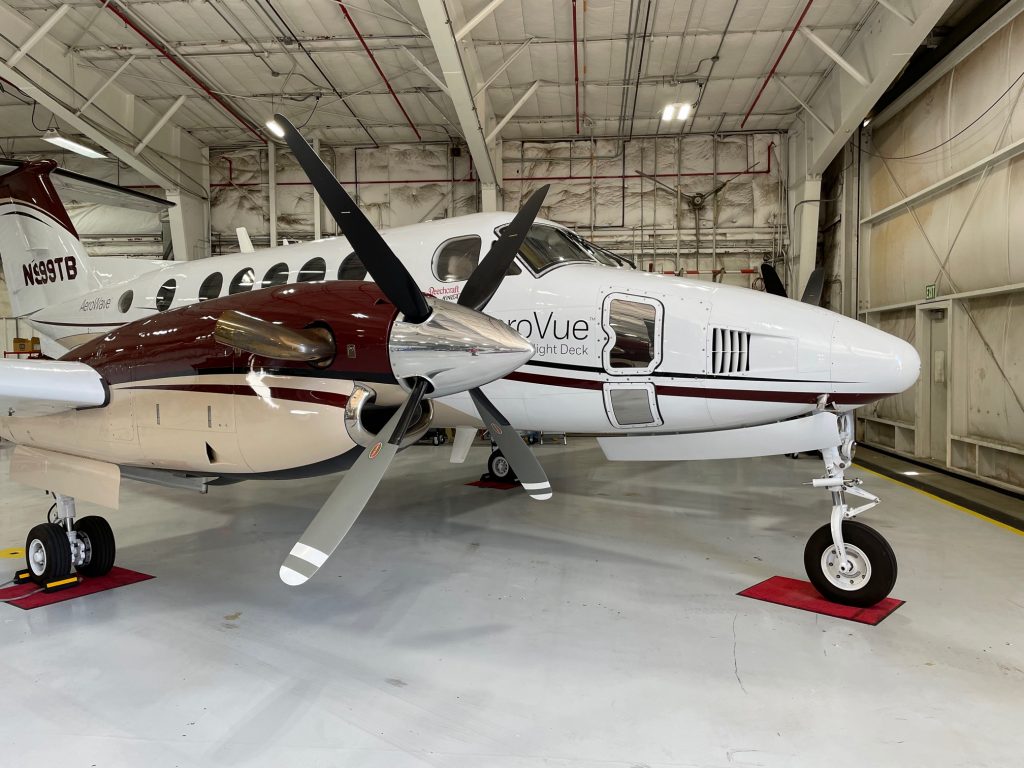 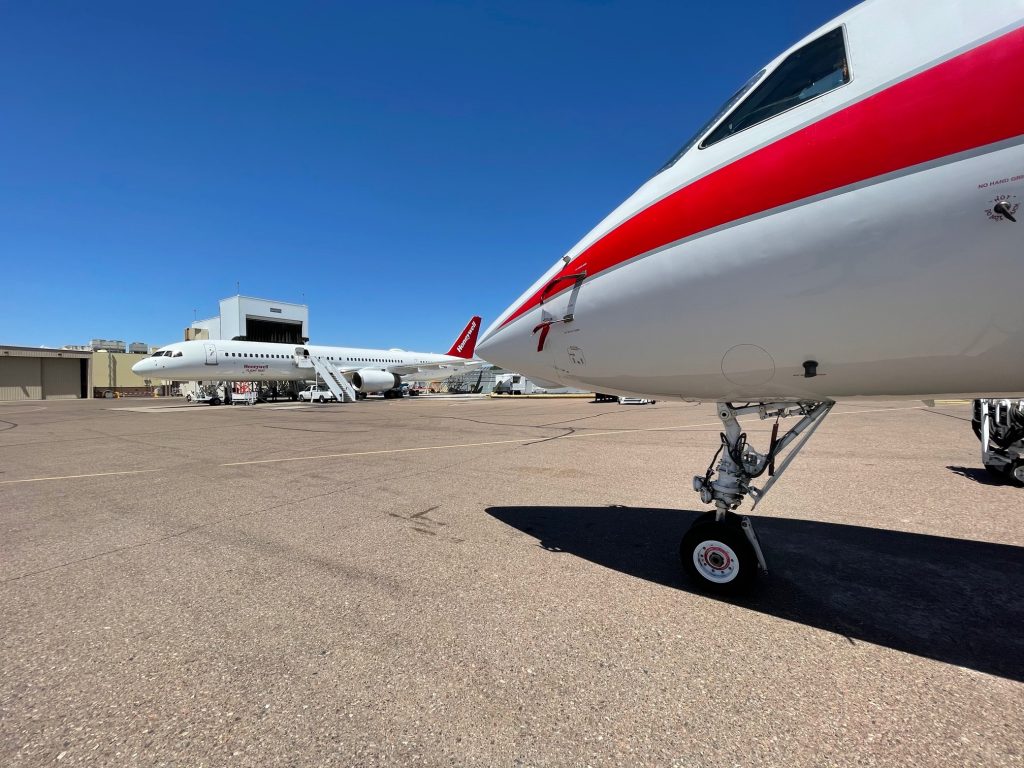 Setting the Tone for Aviation Safety

In the first quarter of 2021, the FAA reported 319 pilot deviations and surface incidents. Honeywell’s safety systems, including its RAAS tool, mitigate these risks all around, and the company hopes to be able to expand their uses in aircraft worldwide, both on smaller general aviation aircraft and on some of the world’s largest passenger airliner behemoths.

Passengers aren’t likely to ever be aware of the tools if they are installed on their aircraft, but even still, they will certainly add another layer to safety for everyone taking to the skies.

Follow Ryan
Ryan Ewing
Ryan founded AirlineGeeks.com back in February 2013 and has amassed considerable experience in the aviation sector. His work has been featured in several publications and news outlets, including CNN, WJLA, CNET, and Business Insider. During his time in the industry, he's worked in roles pertaining to airport operations and customer service while pursuing a bachelor's degree in Air Transportation Management from Arizona State University. Ryan has experience in several facets of the industry from behind the yoke of a Cessna 172 to interviewing airline industry executives.
Follow Ryan
Latest posts by Ryan Ewing (see all)
757aerospaceaviationaviation safetyBoeingengineeringFeaturedHoneywelloperationstesting
Related Stories
[ Related Stories ]September 21, 2021 5:59 am ET
By Daniel Morley