The Federal Aviation Administration (FAA) sent a letter to Boeing saying that the manufacturer’s new 777X aircraft, currently in its testing phase, likely will not receive its certification until mid- to late-2023. The FAA has blocked Boeing from moving forward with a key step in its certification of the aircraft, pushing the projected date on which the FAA will give the aircraft the all-clear back by months.

The letter, sent May 13 and reviewed by The Seattle Times, cites multiple issues with the aircraft. Perhaps most notable is an incident during a December 2020 test flight when the aircraft performed an “uncommanded pitch event” when the nose of the aircraft pitched abruptly up or down without pilot input. Boeing has yet to confirm that it fully understands and has corrected the problem that occurred that day.

The letter also mentions an aspect of the aircraft’s Common Core System, described as the “central nervous system of the plane,” that the FAA believes is not up to par. The FAA reports that the system has incomplete data and has not cleared preliminary safety checks. The system apparently was not adequately peer-reviewed, resulting in “inconsistencies and incorrect reuse of 787 data.”

“The aircraft is not yet ready,” Ian Won, the manager of the local FAA office, wrote to Boeing. “The technical data required for type certification has not reached a point where it appears the aircraft type design is mature and can be expected to meet the applicable regulations. The FAA anticipates a significant impact to the level of regression testing, change impact analysis, and the potential to increase the number of certification flight tests that will need to take place.” 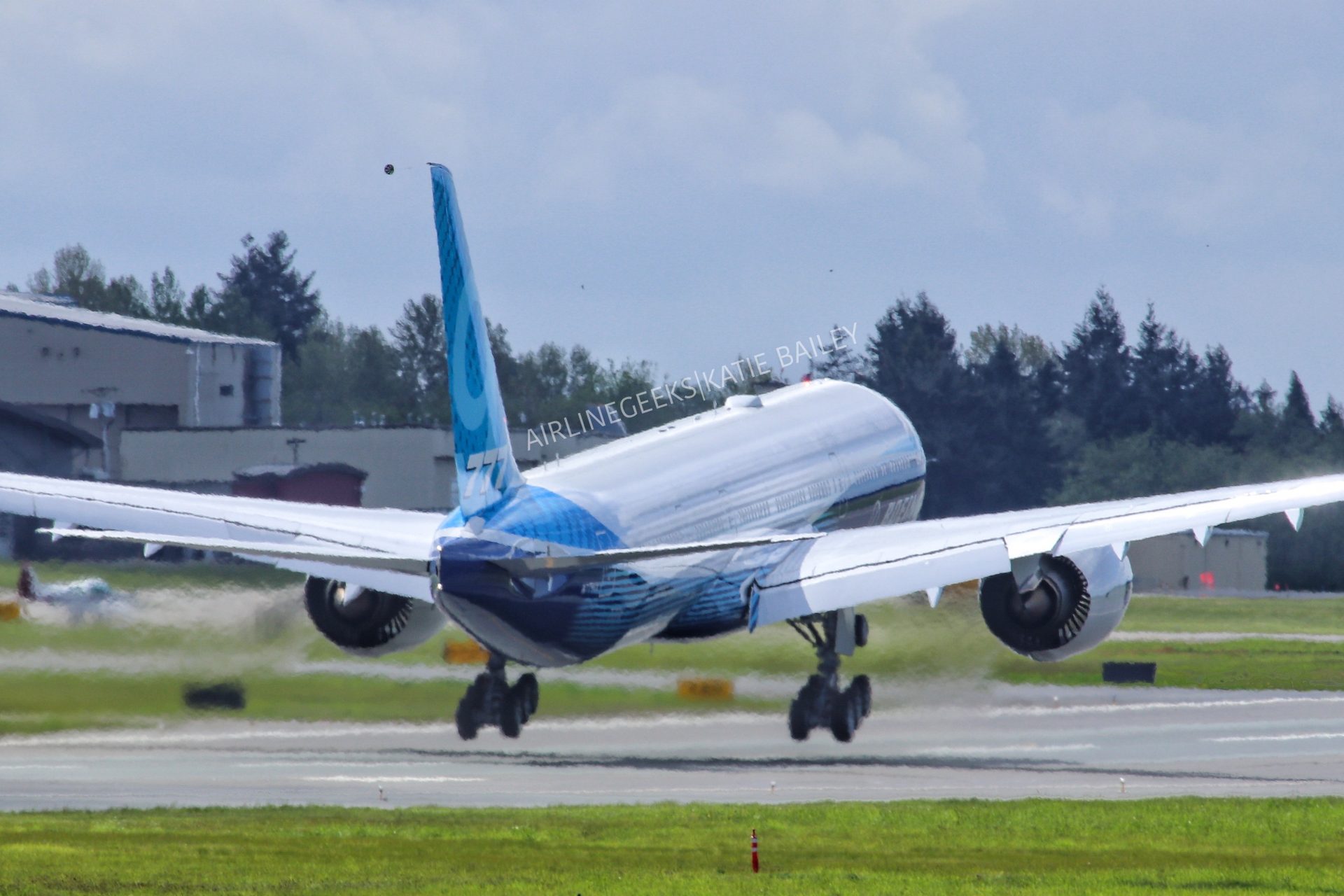 An FAA official says the certification delay is “the subject of a lot of attention” at both the FAA and Boeing. They added, “There’s a general feeling that Boeing has kind of lost a step” and moved away from the engineering prowess it was once known for.

Boeing says it “remains fully focused on safety as our highest priority throughout 777X development.” The manufacturer added the aircraft is undergoing “a comprehensive test program to demonstrate its safety and reliability to ensure we meet all applicable requirements.”

“As we subject the airplane to a comprehensive test program to demonstrate its safety and reliability, we are working through a rigorous development process to ensure we meet all applicable requirements. We continue to communicate transparently with the FAA and other global regulators about 777-9 certification,” Boeing wrote.

The FAA isn’t the only agency with concerns over the 777X. The European Union Aviation Safety Agency (EASA) has also expressed hesitancy over the aircraft. EASA said it is uneasy over parts of the aircraft’s design and “has not yet agreed on a way forward on the Model 777-9,” per an FAA letter.

A Decade of Troubles

This new problem is putting a lot of scrutiny on the FAA. After the crashes of the Boeing 737 MAX, the agency experienced intense scrutiny due to reports it had outsourced some regulatory actions to Boeing, which then knowingly overlooked a number of problems with its Maneuvering Characteristics Augmentation System (MCAS) and undertrained pilots in how to deal with the system. The MAX has also faced multiple electrical issues since being introduced.

The 777X’s latest problem is remarkably similar to the MCAS issue that the MAX had – a faulty stall sensor pushed the MAX’s nose forward automatically without pilot input on at least two flights, eventually sending the planes into unrecoverable dives.

Before the MAX, Boeing’s 787 Dreamliner was grounded in 2013 when its batteries caught fire in flight. That jet has been grounded to some degree multiple times since, including earlier this year for a problem with its windshields’ manufacturing process.

The 777X was introduced at the 2013 Dubai Airshow. Boeing had wanted the plane to enter service by 2020 to replace superjumbos like its 747 and the Airbus A380 as the largest airliner in production.

“That airplane, we are still confident will be certified in the fourth quarter of 2023. We’ve incorporated all the timeline learning that we could possibly incorporate from the MAX recert and the architectural preferences that both the FAA and the [European Union Aviation Safety Agency] has embedded in their regulations,” Boeing President and CEO Dave Calhoun said.

Earlier this year, Boeing announced it would delay the 777X’s entry into service until 2023. With the latest developments, that might not come until at least 2024. EASA’s hesitancy could pose additional problems for Boeing, as German flag carrier Lufthansa is among the launch customers for the aircraft.

However, Calhoun said in a press conference Boeing is “still confident [that airplane] will be certified in the fourth quarter of 2023.” 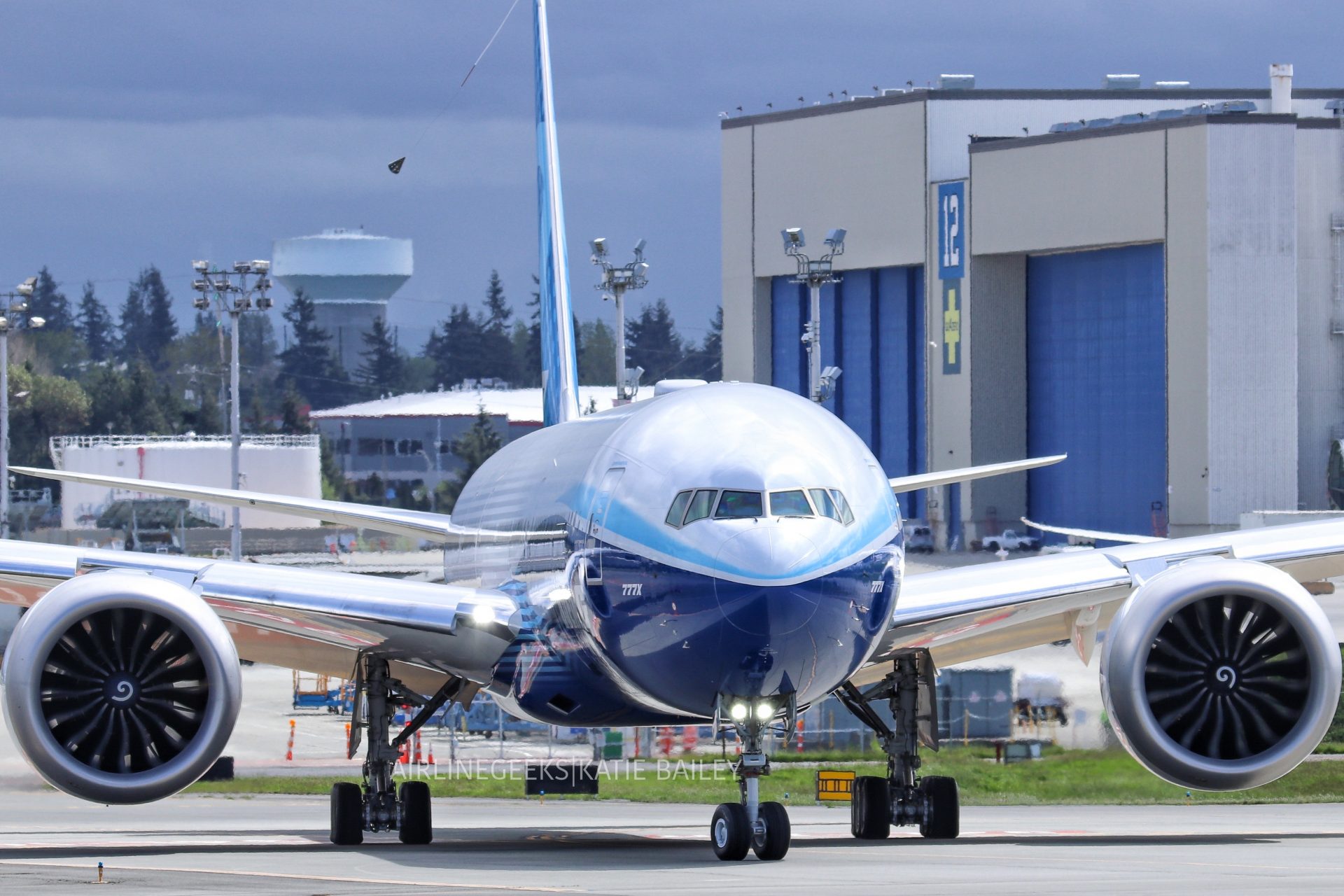 The 777X on the taxiway. (Photo: AirlineGeeks | Katie Bailey)

The President of Emirates Airline, another major customer for the MAX, has been vocally critical of Boeing for delaying the 777X program and raised concerns over the type’s potential performance in desert conditions. The airline could potentially exchange nearly 40 of its orders for the aircraft for the smaller 787 Dreamliner.

After the original deferral for the aircraft, Boeing lost over 100 orders for the 777X, including from Cathay Pacific Airways – the planemaker had 191 orders for the type as of the end of 2020, down from a peak of over 300. The aircraft has been marketed as more efficient and cheaper to operate than competing aircraft, and Boeing says the aircraft gives opportunity for “low-risk, profitable growth, industry-leading reliability and seamless integration” with standard 777 and 787 offerings.

Despite these challenges, Boeing has offered a 777X freighter option after Qatar Airways expressed interest in such a plane amid a contract dispute with Airbus. But Boeing’s board has yet to approve the type.

“Qatar Airways is very interested in purchasing a large fleet of freighters because we have to now start replacing our old freighters,” Qatar CEO Akbar Al Baker said in an interview in St. Petersburg, Russia earlier this month. “We have our program of replacement over several years and we would be very keen to place an order with Boeing or with Airbus, it all depends on how things proceed.”