Qingdao, China’s Jiaodong International Airport is the newest mega Airport in the country. In August, the airport started its operations and replaced Liuting Airport — its predecessor — which served the city for over 30 years. The airport is designed to be a flagship of modern airports, with a smooth passenger experience enabled by the latest technology.

Jiaodong Airport adopted the popular starfish layout. This configuration can maximize the number of gates in a given space while keeping a short walking distance between landside and airside. A similar configuration is adopted by Beijing’s Daxing International Airport, Chengdu, China’s Tianfu Airport, both of which are highly anticipated new mega airports of China. Jiaodong airport is designed to serve 35 million passengers a year, which is 3 times larger than its predecessor. 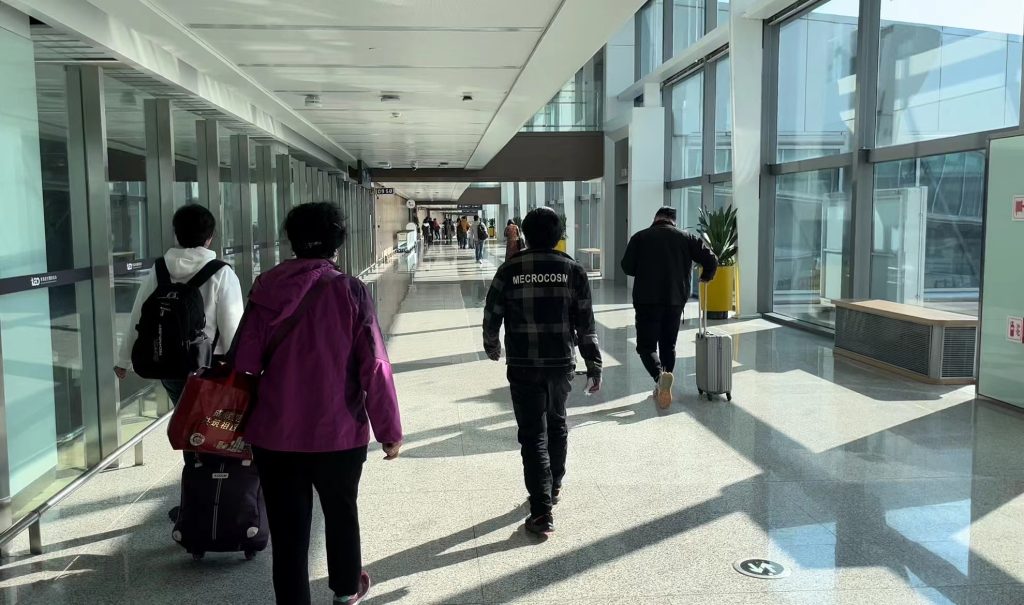 I chose to fly in on a morning flight and fly out in the evening. This is a typical way for me to experience a new airport, as well as get a glance at the beautiful coastal city in the northern part of China.

After landing at the airport, a short, two-minute taxi got us to the gate. As the airport is less than four-month-old, the facilities there are very new and clean. The airport is also visibility green for its design. On the sides of the terminal, all-glass walls reduce energy during the day, and openings on the roof also allow sunlight to provide the necessary light for other parts of the terminal.

The airport was not crowded. Since the Covid-19 case count is dialing up in China, many flights were canceled throughout the country. China still holds a zero-tolerance policy towards Covid-19, and such policy requires people from Covid-19 hot spots to test multiple times, following with a possibility for a mandatory quarantine. Under this situation, people would likely choose to avoid any travel during this uncertain time.

Need a Ride to Downtown?

Transportation between Jiaodong Airport and Qingdao city still has room for improvement. The airport is 56 kilometers (35 miles) away from downtown Qingdao. The distance is almost double what it used to be with Liuting Airport.

Since the operating cost of high-speed rail is extremely high, and the traffic is still weak, it’s likely the airport will need more time to ramp up the demands so that starting a more frequent high-speed rail service would make sense.

The departure experience is smooth. Boarding passes are rarely used at Jiaodong Airport, and even ID cards are obsolete. Jiaodong Airport is equipped with face recognition technology at security and gates, so a simple glimpse is good to go. The technology is also enabling a touchless travel experience, reducing the odds of Covid-19 transmission around the airport. 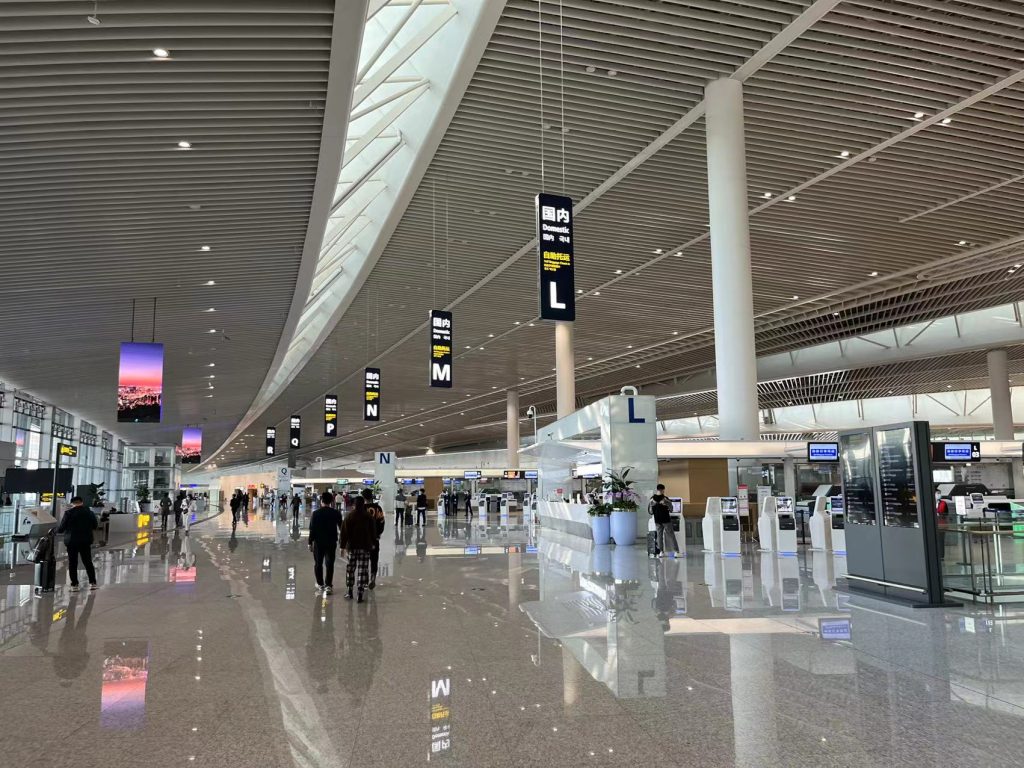 As the Chinese airlines are struggling to survive through this trying time, airports are capitalizing on the window of slow travel season to accelerate renovations and new constructions. Besides the newly opened Jiaodong Airport, Tianfu Airport of Chengdu, China opened in late June 2021.

Jiaodong Airport was designed to be a gateway between China and East Asia. As the pandemic fading away, and most of the countries are relaxing travel restrictions, the airport will be a new growth engine for the city of Qingdao, China.