Emirates took delivery of MSN272 on Thursday, 21 years after betting on the model as its launch customer during the 2000 Farnborough Air Show, when the aircraft was still being presented as A3XX, thus marking the end of the production line of the largest passenger aircraft in history. A total of 251 aircraft were produced, including three test aircraft.

This A380, registration A6-EVS, is the 123rd of the model delivered to Emirates by Airbus. The Dubai-based airline was key to the launch of the A380, and it was also a major contributor to the airline’s global expansion.

“The A380 is a special aircraft in many ways. For Emirates, it gave it the opportunity to redefine the travel experience, serve slot-scarce airports efficiently and enhance the growth of our network. It will continue to be Emirates’ flagship aircraft for years to come and an essential pillar in our plans,” said Sir Tim Clark, Emirates’ President in a statement. 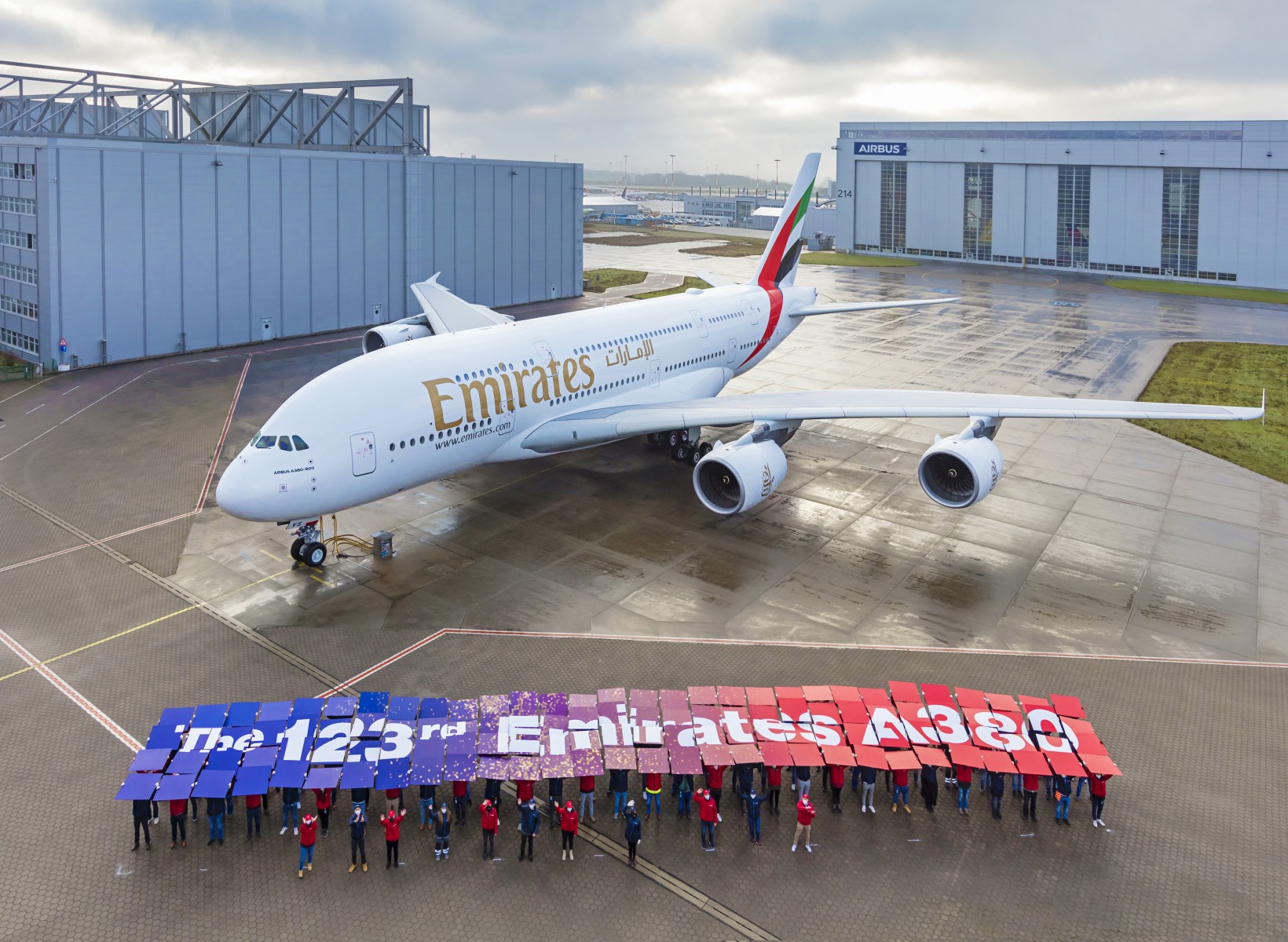 The executive also highlighted that this A380 incorporates the latest enhancements to its passenger cabin, such as the new Premium Economy cabin, which confirms Emirates’ intention to continue to invest in the model. 52 of the 120 A380s remaining in its fleet will be refurbished.

Follow Ryan
Ryan Ewing
Ryan founded AirlineGeeks.com back in February 2013 and has amassed considerable experience in the aviation sector. His work has been featured in several publications and news outlets, including CNN, WJLA, CNET, and Business Insider. During his time in the industry, he's worked in roles pertaining to airport operations and customer service while holding a B.S. in Air Transportation Management from Arizona State University along with pursuing a concurrent MBA and law program. Ryan has experience in several facets of the industry from behind the yoke of a Cessna 172 to interviewing airline industry executives. In addition to supporting AirlineGeeks, Ryan works full-time in the aviation industry.
Follow Ryan
Latest posts by Ryan Ewing (see all)
A380AirbusairlinesEmiratesFeaturedFlightsplanessuperjumbo
Related Stories
[ Related Stories ]January 20, 2022 6:00 am ET
By John Flett