Ethiopian Airlines will try to stabilize its schedule in the months ahead, and it will turn to overseas flights to make that happen. The airline has obtained traffic rights on the route between Geneva, Switzerland and Manchester, two destinations to be offered jointly from Addis Ababa.

Beginning Oct. 30, the resumption of flights by the Ethiopian national carrier between its base in Addis Ababa and Manchester airport will no longer pass through Brussels as before the Covid-19 pandemic, but instead will connect through Geneva Airport.

This flight will receive the fifth freedom designation, allowing Ethiopian Airlines to fly passengers solely between Switzerland and England and vice versa. The airline will offer four weekly frequencies operated by a Boeing 787-9 Dreamliner departing from Ethiopia, which can accommodate 30 passengers in business class and 285 in economy.

These flights between Geneva and Manchester are scheduled to operate on Tuesdays, Thursdays, Saturdays and Sundays at 7:15 a.m. to arrive at 8:05 a.m., while ET729 returns leaving Manchester at 6:50 p.m. and landing at 9:40 p.m. The Ethiopian national airline will face competition on this route from the low-cost EasyJet, Jet2 and TUI Airways.

In addition to the three weekly rotations to Manchester offered by the Star Alliance carrier via Brussels before the pandemic, it also provided three to Geneva with continuation to Marseille, France.

Zaventem Airport, located in Brussels, will benefit from two weekly flights from Addis Ababa plus five operated via Vienna. Marseille’s Provence Airport will then be served via Rome’s Fiumicino International Airport three times per week.

With regard to its African flight offering, Ethiopian Airlines from January 2023 intends to increase capacity on its service to Bulawayo, its newest destination in Zimbabwe.

Initially, the Star Alliance carrier had scheduled from Nov. 1, a four-times weekly Addis Ababa – Victoria Falls – Bulawayo – Addis Baba service with a Boeing 737-800 or 737 MAX 8. As observed by Aeroroutes, the airline plans to switch to Boeing 787-9 Dreamliner starting January 1, 2023, with selected dates to be operated by Boeing 787-8.

According to planespotters.net, the airline currently has 36 Boeing 737s and 27 Boeing 787s in its fleet.

Meanwhile, following the decision to return the MAX plane to its scheduled flight operations earlier this year, Ethiopian Airlines has resumed taking delivery of the Boeing 737 MAX from the U.S.-based manufacturer . The airline has so far received three Boeing 737 MAX since the resumption of flights three years after the crash of flight ET302, which killed 157 people. 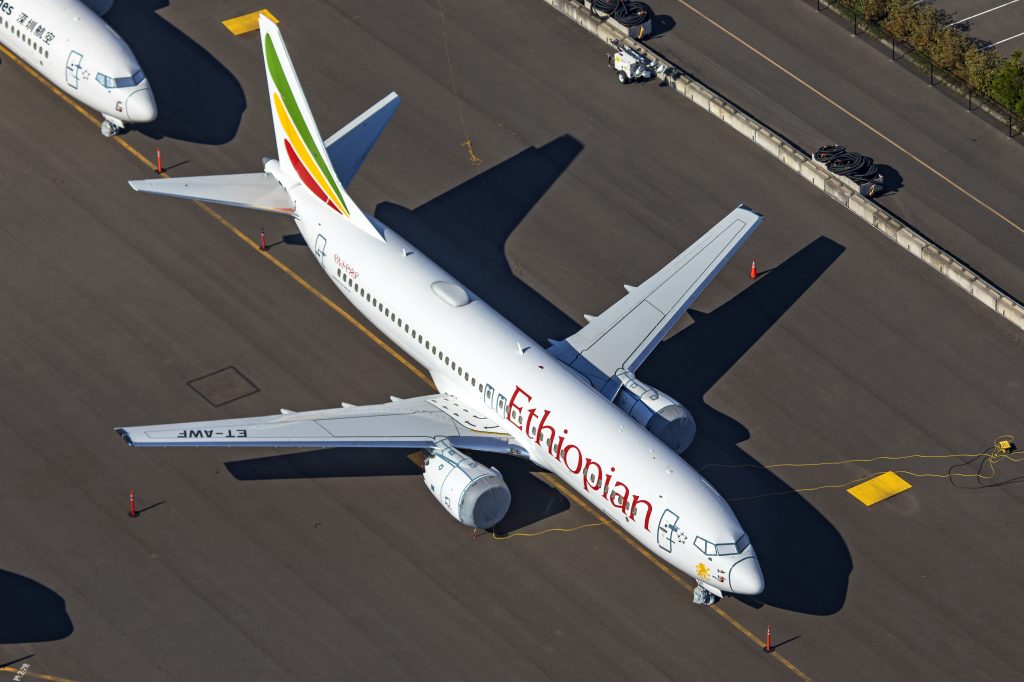 As the airline resumes commercial ops of the 737 MAX 8, its first new unit — ET-AWJ — was received at the beginning of July. Two more 737-8s — ET-AWK and ET-AXG — have since been delivered, registering a total of seven active aircraft.

A further 23 are awaiting delivery, all configured to accommodate 16 passengers in business class and 144 in economy. According to planespotters.net, five others have already received their new registrations — ET-AZA, -AWF, -AWG, -AWH and -AWI — suggesting imminent deliveries.