American’s polished aluminum livery, also known as the “tri-color” design, has been a fan favorite among customers and employees since its debut in the late 1960s. The livery, featuring a polished aluminum fuselage, red, white, and blue bars along the length of the aircraft, and “AA” stenciled on the tail, was designed by Massimo Vignelli, who is also known for his work on the well-known New York City Subway map.

This design lasted for some time, too. The new livery which dominates the skies today was debuted in January 2013 in light of new aircraft orders and the merger with US Airways, about 40 years after the design was released.

This new scheme coats the entire aircraft with a red, white, and blue tail, along with “American” written along the forward portion of the fuselage. Up until 2013, the Fort Worth-based carrier had been one of the few airlines to have bare metal aircraft. In some regards, American nearly inspired other carriers, such as Delta and Air Canada, to strip the paint from their aircraft, according to a 2008 MoneyWatch report.

Paint creates extra weight for an airplane, which in turn, burns more fuel. Air Canada even went as far as stripping the paint off of one of its 767 aircraft while experimenting with this concept. However, this was to no avail; the airline realized that the cost to maintain bare aluminum outweighed the reduced fuel burn.

Today, bare aluminum designs are less common due in part to more aircraft made with carbon fiber, such as the Boeing 787 Dreamliner or Airbus A350XWB.

However, it looks like the classic polished aluminum design will live on for some time at American. The carrier still operates 45 McDonnell Douglas MD-80 aircraft, which will not be painted in the carrier’s current livery as they prepare to be retired by 2019.

Even after the MD-80 fleet is retired, it looks as though the bare metal livery will continue to traverse the airline’s network. N921NN (3KG — line number 4390), a Boeing 737-800, made a trip to the paint shop in Peru, Ind., arriving in Boston on Sunday afternoon. Instead of coming out with the current livery, the aircraft continued to wear its polished aluminum design with a few touch-ups. 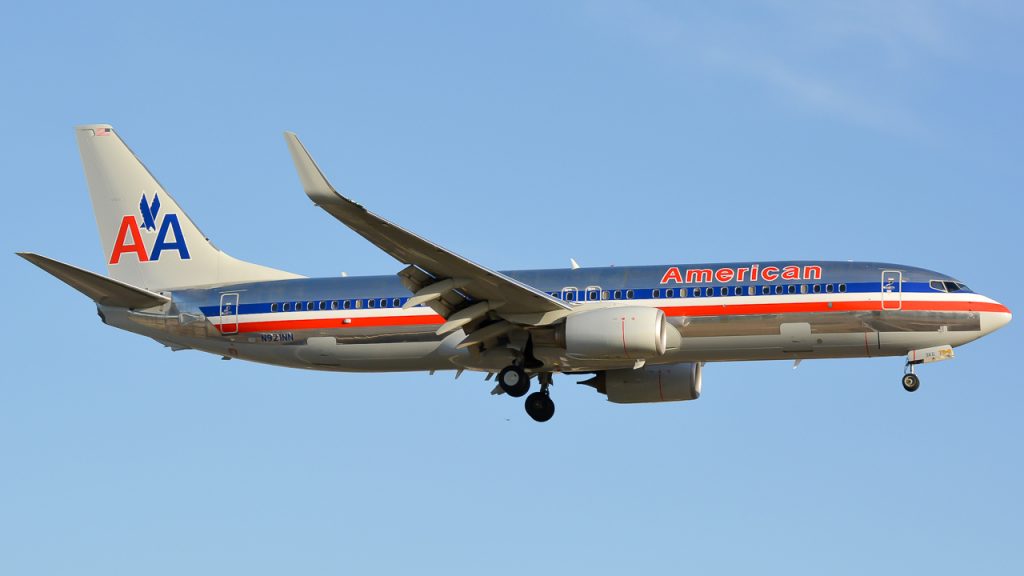 The 737’s tri-color stripes reach over the radome, which was not the case during the transition to the new livery. Also, the tail number seems to be reprinted in a bolder font. 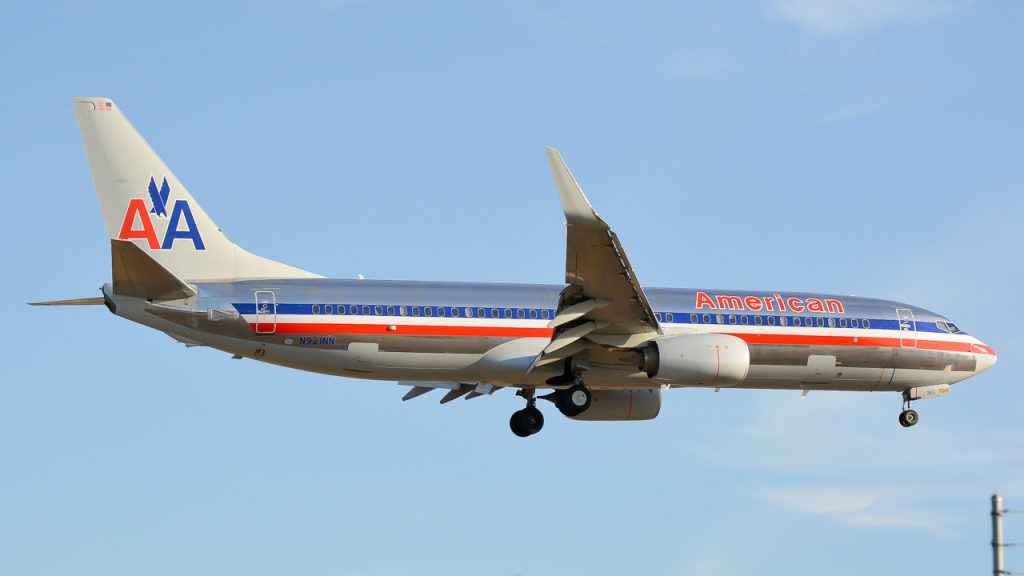 A website that keeps track of American’s fleet of over 900 aircraft said that the aircraft was, in fact, the retro livery for the polished aluminum design. The site also stated that painting for the 737 fleet is complete, marking the end of the old scheme on American mainline aircraft besides N921NN and the MD-80s.

Has anyone seen N921NN today? She left the GUS paint shop and is supposed to be the Retro AA TriColor Bar Livery aircraft! Repainting of the 737s is now complete!!

After AirlineGeeks reached out to the airline for comment on the new retro paint scheme, a spokesperson responded with, “We’re enormously proud to fly all our heritage liveries and are delighted to see the excitement that’s been shared with the debut of N921NN.”

According to the fleet tracking site, there are still a few regional aircraft in the old paint scheme, including four Embraer 140s and 11 CRJ-200s.

While American’s old polished aluminum livery may be extinct by 2019, the legacy will live on as long as N921NN remains in service.

Follow Ryan
Ryan Ewing
Ryan founded AirlineGeeks.com back in February 2013 and has amassed considerable experience in the aviation sector. His work has been featured in several publications and news outlets, including CNN, WJLA, CNET, and Business Insider. During his time in the industry, he's worked in roles pertaining to airport operations and customer service while pursuing a bachelor's degree in Air Transportation Management from Arizona State University. Ryan has experience in several facets of the industry from behind the yoke of a Cessna 172 to interviewing airline industry executives.
Follow Ryan
Latest posts by Ryan Ewing (see all)
737AAairlinesAmericandesignFeaturedpaint shoppolished aluminumretro livery
Related Stories
[ Related Stories ]September 21, 2021 5:59 am ET
By Daniel Morley

Swiss International Airlines announced on Wednesday that it will continue to ensure Switzerland's connection to the rest of the world, bolstering its network to include more than 90 destinations from both Zurich and Geneva. However, while the number of points served from the two airports is similar to 2019, capacity…