Looking out at an easyJet aircraft at London-Gatwick (Photo: Gatwick Airport)

Great Britain’s second busiest airport, London’s Gatwick Airport, is looking to make use of the currently unused second runway that it has, potentially boosting its’ daily capacity of flights. The move to activate the dormant runway comes as the United Kingdom’s capital faces a potentially crippling capacity crisis, according to a government report published last year.

The airport currently has two runways, Runway 26L/08R and Runway 26R/08L. However, only 26L/08R  is used, handling all takeoffs and landings, whilst parallel Runway 26R/08L is used merely as a taxiway. Although used as an emergency runway when the main runway is blocked by a disabled aircraft or for routine maintenance, it is seldom used for those purposes.

The plans on what to do with the runway are due to be announced on Thursday when Gatwick publishes them. Currently, a 1979 legal agreement between the British Airports Authority and the local town council prevents the airport from using the second runway for routine operations when the main runway is available for use. However, this is due to expire next year and could pave way for an increase in capacity of up to 30 percent.

Gatwick Airport lost out in the battle for an additional runway when the U.K. Government opted for Heathrow’s third runway proposal to resolve the shortage of aviation capacity in the South of England. That decision, expected to be faced with multiple legal challenges, isn’t expected to be complete before 2026 at a cost of £14 billion.

Gatwick’s original proposal that was submitted to the British government for consideration was to build a second operational runway to the south of the main one.

The International Civil Aviation Organization (ICAO) states that “simultaneous operations on parallel or near-parallel instrument runways” must have a minimum distance of 210 meters between the center-lines of the runway when operated by “medium or heavy airplanes”. Gatwick’s two runways are only separated by 198m. 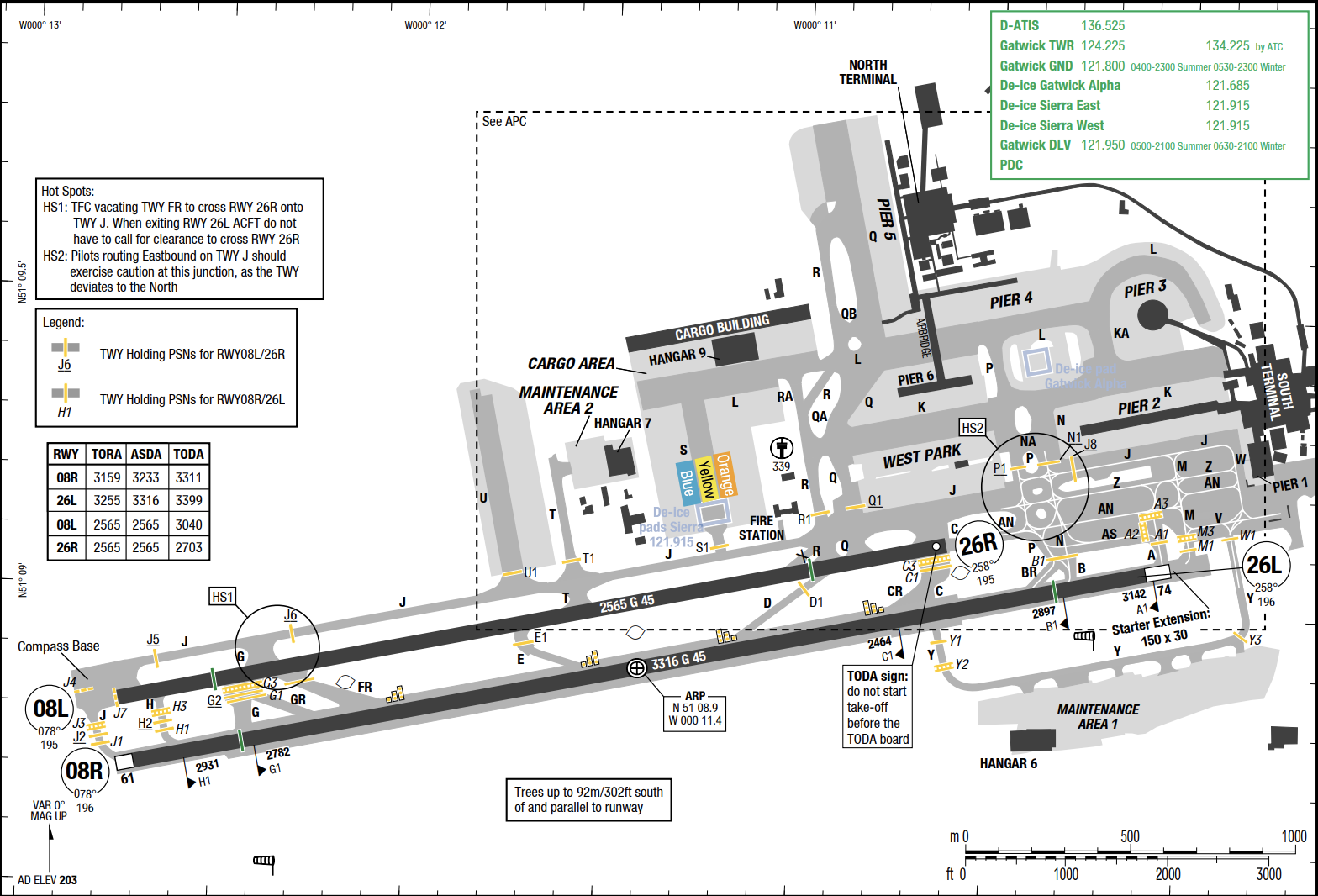 One way that this could be resolved at minimum fuss and cost is to reconfigure either or both runways by moving the centerlines further apart. Both runways are 45 meters apart and to resolve the ICAO rule, the airport could lay down 12 meters of asphalt to the south of the southern runway, then moving the centerline 12 meters southwards, before decommissioning the redundant 12 meters to the north of the runway to create the required 210-meter gap.

The construction work this would need will have an effect on current operations to and from the main runway. Additionally, runway lights and navigation equipment would all need to be relocated, a costly and time-consuming endeavor.

Total cost is estimated to be around £1 billion, of which £200m will be for the runway and taxiway work, and the rest will be upgrades to the terminals and nearby transport systems. The total still comes to a fraction of the cost with the airport’s original proposal two years ago for a second runway.

Following the announcement coming later this week, the plans would need to be approved by the Civil Aviation Authority and air traffic control services, as well as the local council before formal proceedings can begin.