On June 2, Air Canada operated the final mainline flight of the Boeing 767-300ER. Flight AC439 departed Montreal-Trudeau Airport at 6:30 p.m. local time and arrived at Toronto’s Pearson International Airport at 7:27 p.m. local time. The final flight marked the end of a 37-year era for Air Canada’s 767s. The retirement of the Boeing-produced widebody marks the first time since 1983 that the airline will not have a variant of the 767 active in their fleet.

The specific aircraft that operated the final flight, C-FTCA, was first flown in April 1989 and delivered to Canadian Airlines International within that same month. The aircraft was acquired by Air Canada when the two airlines merged in March 2001. The aircraft has flown for Air Canada since, minus a brief stint operating for Ansett Australia between April 2001 and May 2001.

The Boeing 767-300ER was originally brought in by Air Canada in the 1980s and 1990s in order to replace the Lockheed L-1011 TriStar. Before operating long-haul international flights, the original 767s were used on transcontinental services. The 767s have been replaced by the airline’s fleet of 29, newer and more fuel-efficient, Boeing 787-9 aircraft.

According to the airline’s 2019 Analysis of Results of Operations, the 767s were kept in the mainline Air Canada fleet for longer than originally planned, in part due to the grounding of the Boeing 737 MAX in March 2019. 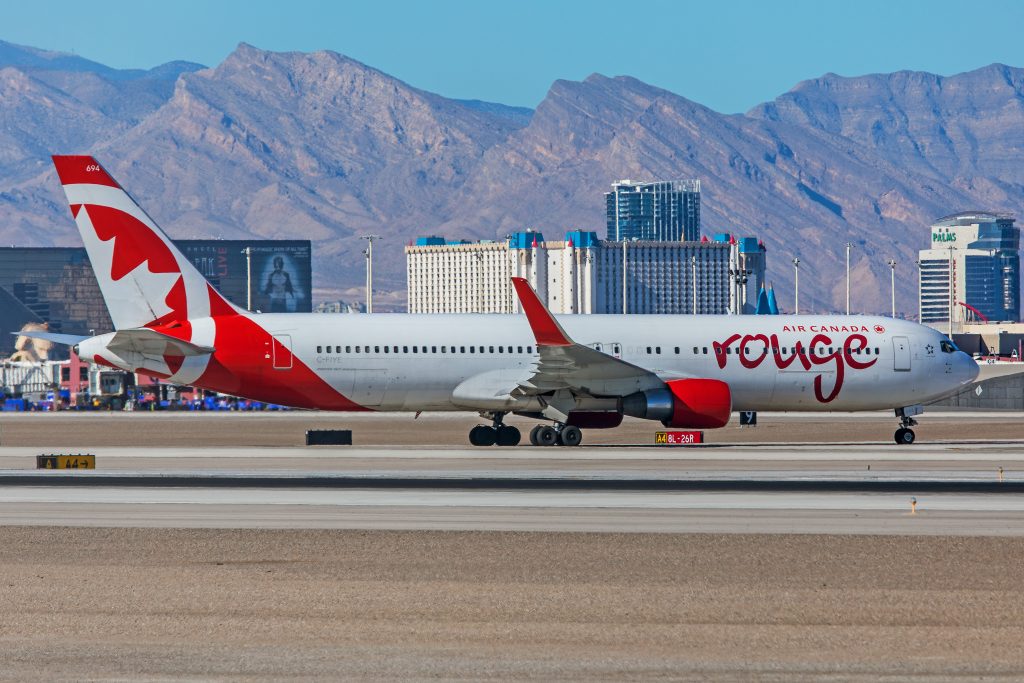 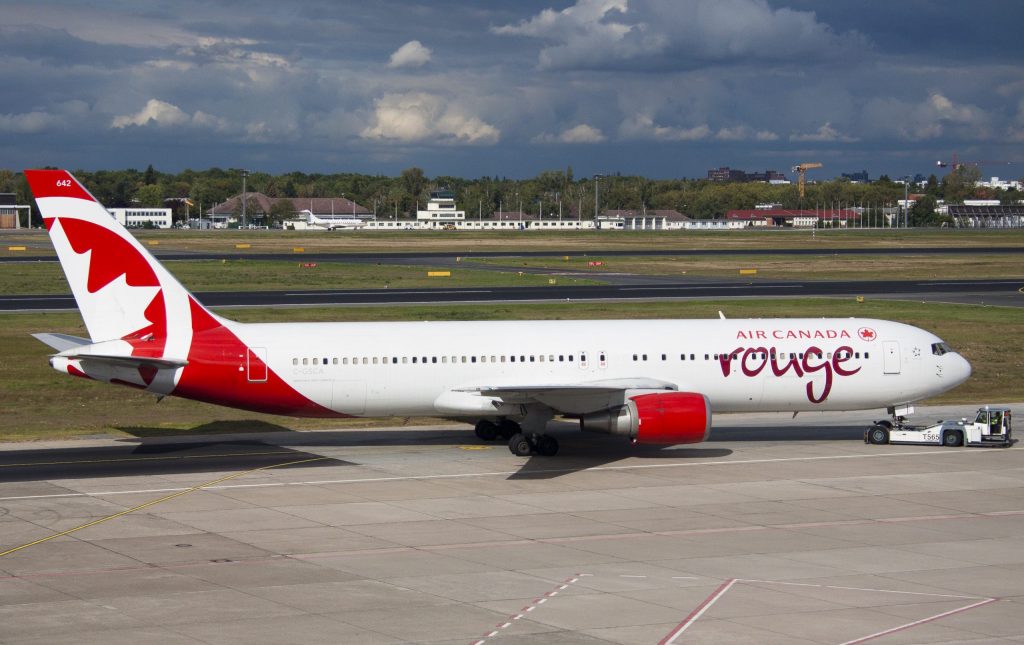 Air Canada Rouge was originally launched in July 2013 with four aircraft, two of which were 767s. Over the past few years, the airline has slowly transferred nearly all of its remaining 767s to its low-cost subsidiary, Air Canada Rouge. Initially, the 767s were used by Rouge to operate flights to Edinburgh, Scotland; Venice, Italy; and Athens, Greece. Before the coronavirus pandemic, Air Canada Rouge operated a total of 25 767-300ERs. They were used to serve a variety of routes including flights to vacation destinations in Europe, the Caribbean and the United States. Prior to the decline in travel due to COVID-19, Air Canada Rouge had planned to operate 23 767s by the end of 2020.

Following the drop in demand for leisure travel due to the coronavirus pandemic, Air Canada decided that it would park a total of 79 aircraft including the five remaining mainline 767s and the entirety of Air Canada Rouge’s 767 fleet. The retirement of all 25 of Rouge’s 767s is an important point as it was the only aircraft in the fleet that was capable of completing the leisure carrier’s long-haul flying. The Montreal-based carrier did mention that the routes flown by the 767 would be flown by other aircraft.

In a first-quarter earnings call on May 4, 2020, Air Canada CFO Michael Rousseau said that the flying to “key international leisure markets” would be done by “mainline 330s and 777 high-density” aircraft. He also mentioned that most of these decisions were made in an effort to right-size the airline, rather than due to aging aircraft or technology.

During the same call, Air Canada President and CEO Calin Rovinescu stated, “Rouge is going to continue to be an integral part of Air Canada, albeit as a primarily a narrow-body operator into leisure markets.”