The U.S. Federal Aviation Administration (FAA) has released its latest recommendations for design changes to the Boeing 737 MAX before the troubled jet can be recertified. The agency has issued a proposed Airworthiness Directive (AD) to require updated flight control software, revised display-processing software to generate alerts, revised certain flight crew operating procedures and changes to the routing of some wiring bundles that are at risk of short-circuiting, the New York Post reports.

The fixes, which were released as part of a 36-page document, reportedly came as little surprise to Boeing executives. They have been in the works since before the 737 MAX was grounded in spring 2019 following its second deadly accident; the proposed changes are not the result of new issues found in later stages of flight tests or reviews, and they are not expected to add any time to the MAX’s recertification.

The FAA’s AD would only apply to aircraft flying out of U.S. airports, but other aviation authorities around the world are expected to adopt the changes as well.

“While we still have a lot of work in front of us, this is an important milestone in the certification process,” a spokesperson for Boeing told The Wall Street Journal.

“[We are] continuing to make steady progress towards the safe return to service, working closely with the FAA and other global regulators,” Boeing said in a response to the FAA’s report.

Once the changes are officially published, they will be open to public comment for 45 days, after which time the FAA will issue its final rulings on any changes that must be made to the jet. Boeing will be able to make changes and prepare aircraft for flight once the changes are finalized; that process could take over a week per individual jet and involves system checks, deep cleaning and software updates in addition to some physical hardware changes, like the wiring fix.

It will likely be months before the MAX is recertified, but it has made a lot of progress after being originally grounded over a year ago.

To comply with the FAA’s AD, fixes would need to be made to every aircraft that operates in the United States whether or not the aircraft is registered in the country. The FAA estimates it could cost as much as $1 million to update the 73 737 MAX aircraft registered in the U.S., but that doesn’t account for any extra costs that Boeing may have to facilitate the fixes. Per FAA regulation, the responsibility — and therefore the cost — of complying with ADs falls on each aircraft’s owner or operator, but Boeing may help mitigate some of the cost burden placed on airlines. 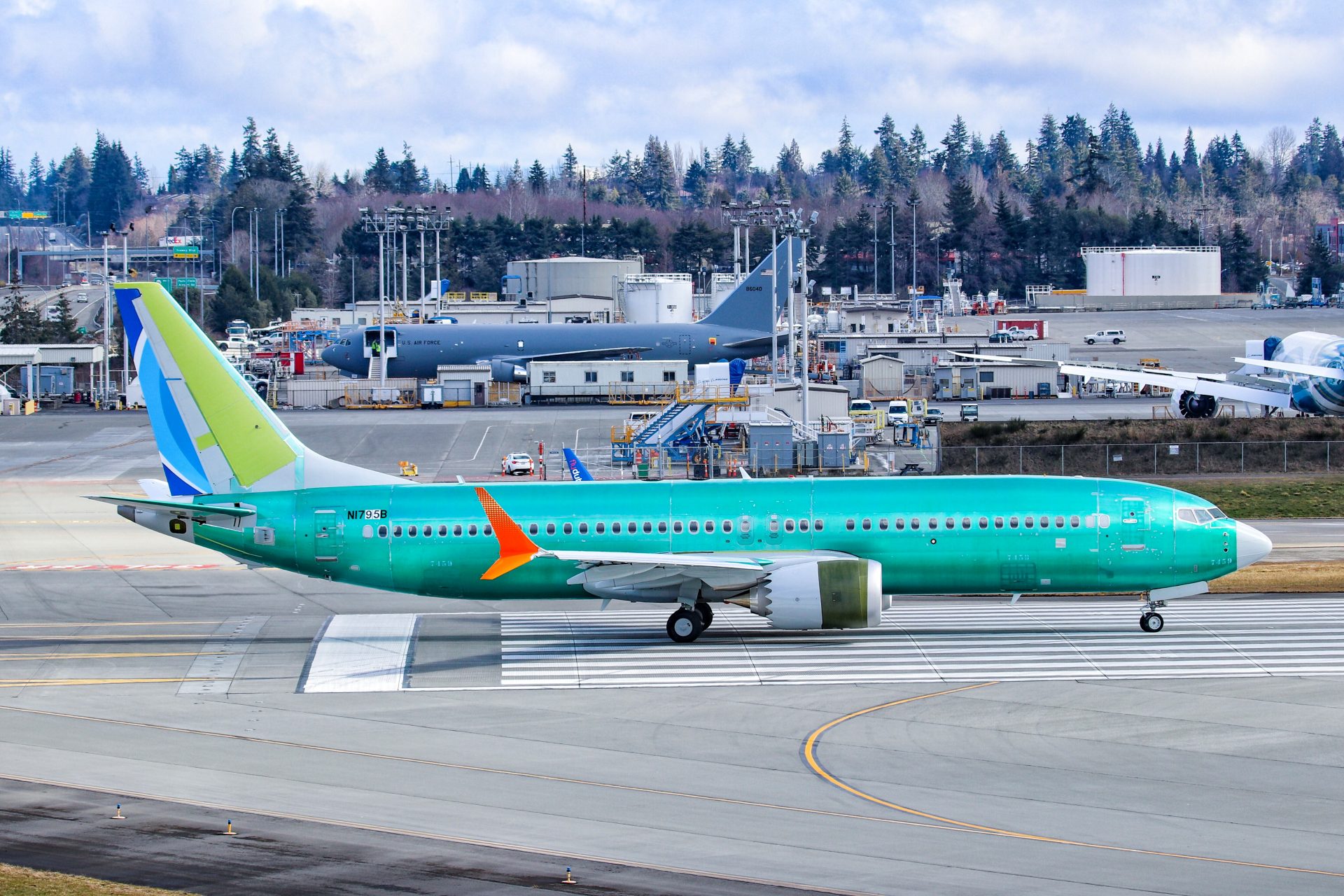 The FAA’s report acknowledges that Boeing has made a lot of progress with the 737 MAX but recognize that there is more work to be done before the type is recertified. (Photo: AirlineGeeks | Katie Bailey)

In addition to the AD, Boeing is recommending that 737 MAX operators conduct angle of attack sensor system tests and perform operational readiness flights before returning any single aircraft to service. The tests are intended to test new changes that prevent the erroneous activation of the Maneuvering Characteristics Augmentation System, commonly known as MCAS, that was tied to both MAX crashes. The FAA says the changes minimize “dependence on pilot action and the effect of any potential single failure.”

The FAA ran flight tests on the 737 MAX at the start of July to determine whether the fixes the manufacturer made sufficiently solved the issues previously identified by both Boeing and regulators around the world. And while a separate FAA report concluded that the agency “has preliminarily determined that Boeing’s proposed changes to the 737 MAX design, flight crew procedures and maintenance procedures effectively mitigate the airplane-related safety issues,” there are still major steps that need to be completed before the MAX returns to service, like finalizing revised pilot training procedures and filing additional required documentation.

Depending on public comments and how long it takes to develop pilot training practices for the MAX, Boeing could start delivering aircraft again by the end of 2020. However, considering how long aircraft updates could take and that this timeline assumes no further delays, that timeline could be pushed back into 2021. Reentry into service will likely not occur right after delivery, so passengers will probably not be booked onto MAX aircraft until 2021 regardless of when deliveries occur.

While the FAA collects public comment, Boeing has already started working on the process of developing new pilot training practices. It is preparing for a final Joint Operations Evaluation Board (JOEB) review, which will see Brazilian, Canadian, European and American pilots and regulators fly and test the jet to make sure it is safe and that new changes have been implemented. After JOEB tests, an FAA-led Flight Standardization Board (FSB) report will establish the minimum training curriculum for 737 MAX pilots, per Aviation Week.

In late July, the FAA said that “final planning is underway” for JOEB and FSB pilot evaluations without offering details on timing.

Major training changes that are expected include mandatory simulator training for all MAX pilots, whereas previously any pilot that already holds a 737 type rating could transition to the MAX after two days of iPad training. Changes to a number of non-normal checklists, including runaway stabilizer, stabilizer trim inoperative, airspeed unreliable, altitude disagree, AOA disagree, speed trim fail and horizontal stabilizer out of trim, have also been proposed.

Even though the FAA is moving closer to certifying the MAX, the European Aviation Safety Agency (EASA) has declined to set a date for the MAX’s return, Reuters reports. The regulator says that Boeing still has more work to do before the European MAX grounding can be lifted.

The EASA has not commented on the FAA’s latest documents, but it said that it is still waiting to conduct its own test flights before lifting its restrictions

“We are still working to conduct our test flights, scheduling of which has been hampered by the travel restrictions due to COVID-19. The test flights are a prerequisite for EASA to approve the return to service of the 737 MAX in Europe,” an EASA spokesperson told Reuters. “In general, good progress has been made but there is still some work which Boeing needs to complete. In the light of this position, and in common with the FAA, we cannot yet predict a firm schedule for the return to service and the ungrounding of the aircraft in Europe.”

Canadian aviation regulators are also expected to require more MAX changes than the FAA. This marks the first time that EASA and Transport Canada have not committed to automatically approving a jet that has received FAA approval. 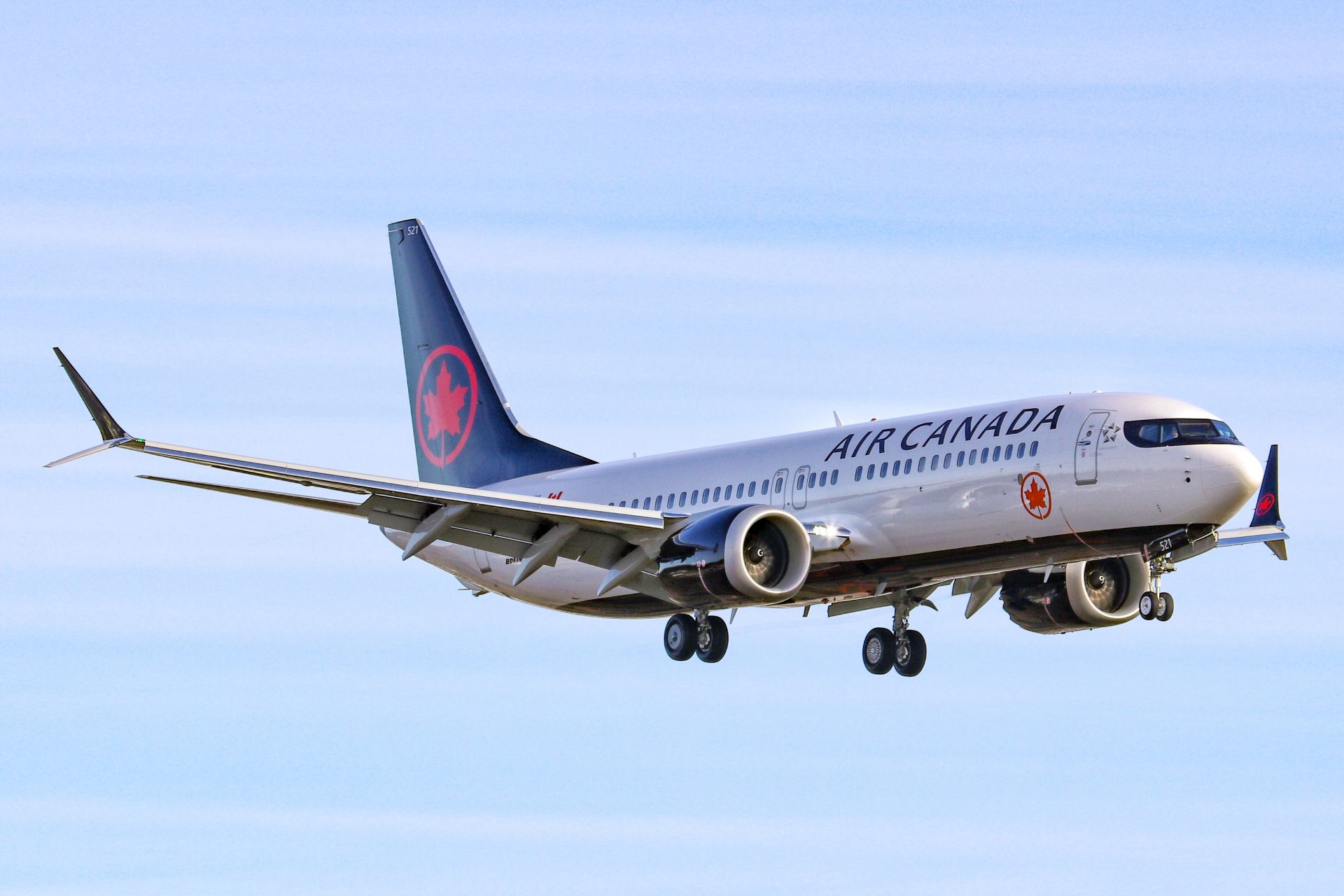 An Air Canada 737MAX. Both Transport Canada and EASA, Europe’s aviation safety board, have said that they want to see Boeing make more MAX fixes before approving the aircraft for commercial service.
(Photo: AirlineGeeks | Katie Bailey)

The FAA’s review has taken more than 18 months and included over 40 full-time engineers, inspectors, pilots and technical support staff. The agency has conducted more than 60,000 hours of review, certification testing and document evaluation. Its most recent conclusion is a light in the tunnel of sorts for Boeing, which has faced countless setbacks in trying to get the MAX flying again. The process, which initially was expected to take no more than a few weeks, has cost the manufacturer billions of dollars and delayed work on other key programs, like the new 777X and a proposed new middle-of-the-market jet.

The MAX crisis has also cost airlines around the world billions of dollars as they have had to pay to restructure flight schedules and lease replacement aircraft. They have also lost some of the capacity that the MAX boasts, causing lost profits. Boeing has entered legal settlements with several major airlines over losses associated with the MAX crisis, and over 800 orders have been canceled to date.