Boeing’s 737 MAX 7 lifts off for the first time. EASA says the aircraft family could be approved for European operation by the end of 2020. (Photo: AirlineGeeks | Chuyi Chuang)

A report issued by the U.S. House Transportation and Infrastructure Committee on Wednesday called the two fatal Boeing 737MAX crashes a “horrific culmination” of engineering flaws, mismanagement and a severe lack of federal oversight.

The report comes at a conclusion of an 18-month investigation that included interviews with at least two dozen Boeing and Federal Aviation Administration employees as well as sorting through about 600,000 pages of records, the New York Times reported.

The committee concluded that Boeing’s rush to emphasize profits over safety and the FAA’s willingness to grant the company too much sway in oversight both contributed to the crashes.

“This is a tragedy that never should have happened,” Representative Peter A. DeFazio (D-Oregon), the committee chairman, said. “It could have been prevented, and we’re going to take steps in our legislation to see that it never happens again.”

The committee defined five problems with the MAX’s, design, construction and development that lead to certain fatal errors. One was Boeing’s race to compete with the then-new Airbus A320neo, the re-engined version of the popular A320 family that Airbus boasted as more efficient than older models. The committee said that in trying to win back orders from airlines interested in the A320neo, which over time would save money in things like fuel, Boeing made production goals and cost efficiency a top priority to offer customers cheaper planes.

The committee also found that Boeing made deadly assumptions about the Maneuvering Characteristics Augmentation System (MCAS), blamed for sending both crashes into nosedives; that Boeing withheld critical information from the FAA; that the FAA’s practice of delegating approval authority to Boeing left the agency ignorant to some of the MAX’s features and that the FAA’s tendency of siding with Boeing and dismissing its own experts all played roles in the crashes.

“FAA showed a lack of insight into what was going on at Boeing and lack of oversight of Boeing,” one investigator who worked on the report said, per CBS News. “How do you have an aircraft that is demonstratively unsafe yet it complied with FAA regulations?  That is really striking.”

The findings are largely in line with information collected by federal investigators and the committee’s own preliminary findings after each of the MAX crashes in 2018 and 2019.

“These issues must be addressed by both Boeing and the F.A.A. in order to correct poor certification practices that have emerged, reassess key assumptions that affect safety and enhance transparency to enable more effective oversight,” the committee said. 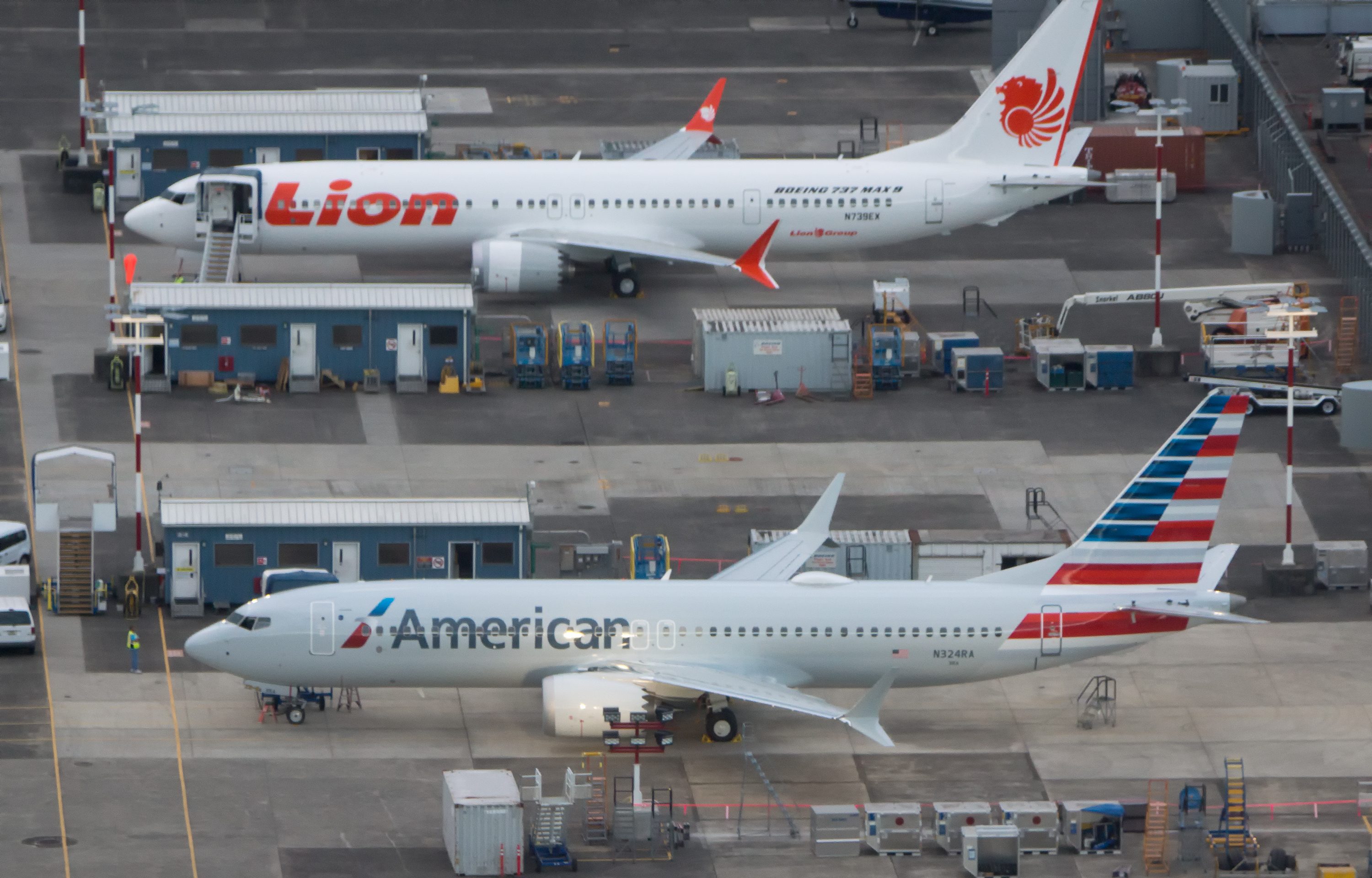 American’s first 737 MAX seen on the flightline at Boeing Field. The airline has maintained its orders for the aircraft. (Photo: AirlineGeeks | Chuyi Chuang)

One of the most damning pieces of evidence the committee reviewed is a series of communications about the MCAS system, which was designed to correct the MAX’s tendency toward higher angles of attack, which can cause stalls, due to the placement of the aircraft’s engine. In both 737 MAX crashes, a faulty sensor caused the MCAS to push the airplane’s nose down when it shouldn’t have, causing the planes to enter unrecoverable nosedives.

The internal communications the house committee presented showed Boeing dismissed concerns raised by employees over MCAS and its reliance on only one sensor. The communications also reveal that Boeing did not share critical changes to the MCAS with the FAA, that the company was slow to share a formal safety risk assessment with the FAA, and that Boeing portrayed the software as a modification to an existing system instead of a modification to a new system in order to ease the certification process.

The committee concluded, based on these communications, that the FAA certified the aircraft even though it was “demonstratively unsafe” and that Boeing was well aware of the potential dangers of the substandard sensors.

“It’s mind-boggling,” DeFazio said.  “Both the FAA and Boeing came to the conclusion that the certification of the max that killed 346 people was ‘compliant’ but the problem was it was compliant and people died.”

The House committee also pointed to Boeing’s eagerness to win orders both by rushing the design process and deciding not to require extra simulator training for pilots, which in turn would make the jet’s operation cheaper for airlines and incentivize orders.

But the committee went further than just pointing to design and certification issues. Since the report came out, Boeing has acknowledged that it also incorrectly assumed pilots’ response times would be faster than had been demonstrated. The manufacturer assumed a pilot could respond to MCAS errors in about four seconds even though its own test pilots took over 10 seconds to diagnose and respond to uncommanded MCAS activation in simulators. And Boeing never told the FAA or its MAX customers because such disclosure was not required by the FAA.

In a statement, Boeing said it has learned lessons from the crashes and has started acting on recommendations from experts and government authorities. Regulators from the FAA as well as a number of other foreign regulators, notably Transport Canada and the European Aviation Safety Agency (EASA), have run test flights to test Boeing’s new updates on the MAX.

“Boeing cooperated fully and extensively with the committee’s inquiry since it began in early 2019,” the company said in a statement. “We have been hard at work strengthening our safety culture and rebuilding trust with our customers, regulators and the flying public.”

“We have learned many hard lessons as a company from the accidents of Lion Air Flight 610 and Ethiopian Flight 302, and from the mistakes we have made. Change is always hard and requires daily commitment, but we as a company are dedicated to doing the work,” Boeing continued.

The FAA said in a statement earlier that it welcomes investigators’ observations, saying the lessons it learned from the two MAX crashes “will be a springboard to an even greater level of safety.”

“While the FAA’s certification processes are well-established and have consistently produced safe aircraft designs, we are a learning agency and welcome the scrutiny,” the FAA said. 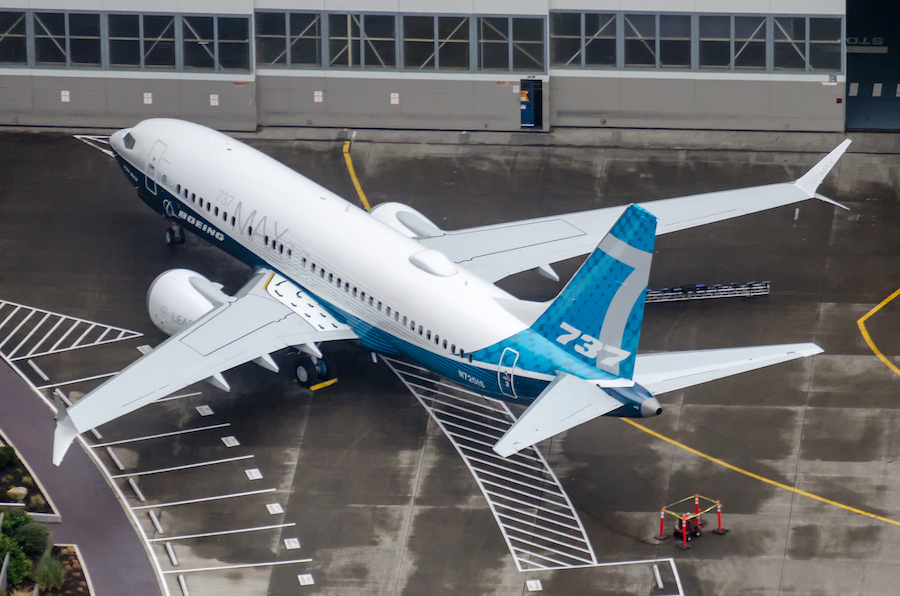 Boeing’s 737 MAX 7 out of the paint shop in Renton, Wash. The regulator has committed to working with the House of Representatives to transform its approval process. (Photo: AirlineGeeks | Chuyi Chuang)

“The FAA is committed to continually advancing aviation safety and looks forward to working with the Committee to implement improvements identified in its report. We are already undertaking important initiatives based on what we have learned from our own internal reviews as well as independent reviews of the Lion Air and Ethiopian Airlines accidents,” the FAA told CBS after the most recent report.

The FAA, Transport Canada and the EASA have all come out with required design changes that they will test before recertifying the 737 MAX to fly in their airspace. And the FAA says it will work with the House committee to carry out recommended changes.

All three regulators have run test flights on the MAX over the past couple of months to test mandated changes. All are expected to, in addition to mandating changes, require that pilot simulator training be mandated for all pilots even if they already have experience on older 737 models like the 737NG, among the most common models currently in service.

The MAX grounding, which is nearing 18 months in length, has cost Boeing nearly $18 billion. While the crisis has damaged Boeing’s reputation and a number of airlines and leasing companies have already canceled their orders, a large number of airlines have kept orders throughout the grounding due either to ongoing contractual obligations, the promises of good fuel savings in the future or just because they still want the MAX in their fleets.