With Brazil’s air transport industry quickly recovering to 2019 traffic figures and April’s historic lows looking like a small shape in the rearview mirror, airlines are shuffling their strategies to secure the future that comes ahead. On Monday, Azul Linhas Aéreas announced a big step in this direction as it submitted to Brazil’s Securities and Exchange Commission (CVM) a request for convertible debentures worth 1.6 billion Brazilian Reais ($283.4 million as of Oct. 10).

The offering, which can be increased by 20%, counts with two hedge funds as anchor investors: Knighthead Capital Management and Certares Management, which expect to submit an order ranging between BRL1.6 and 1.8 billion — which, in practical terms, could cover the entire expected value of the operation, even if the market shows no interest in the offering. The investors are also committed to submit an order of around BRL560 million if Azul issues a similar offer in the next 12 months.

Azul has also informed the number of debentures can be increased by 20%, with a maturity age of five years, indexation to the U.S. Dollar and a 7.5% interest in the first year with semestral installments, with a 6% rate in the following years. The papers will also be convertible, depending on the value of Azul’s stock in São Paulo’s Stock Exchange, which should be determined during the book-building procedures.

Additionally as well as Delta and United Airlines in the United States, Azul will use its frequent-flyer program, TudoAzul, as a collateral to the operation. The airline will also mortgage the rights of use of its hangar in its Viracopos main hub, as well as its own intellectual property rights. Azul expects the debentures to be liquidated by November 12.

Why Going to a Private Solution?

One question that comes to light is why Azul, the third largest airline in Brazil by domestic traffic before the COVID-19 pandemic, went for a fully private solution when a bail-out package captained by Brazil’s State-owned National Bank for Economic and Social Development has been in discussion since March.

Although the basic draft of the bailout has seemingly been available to the airlines since August, the package was openly criticized by airline executives. In early August, Azul CEO John Rodgerson told Veja magazine “I get offended when people use the term ‘BNDES rescue’ because it is not a rescue, it is a very expensive thing and that generates a huge return to the Brazilian government, so I don’t like that [people] refer to this as a rescue because it’s not.” 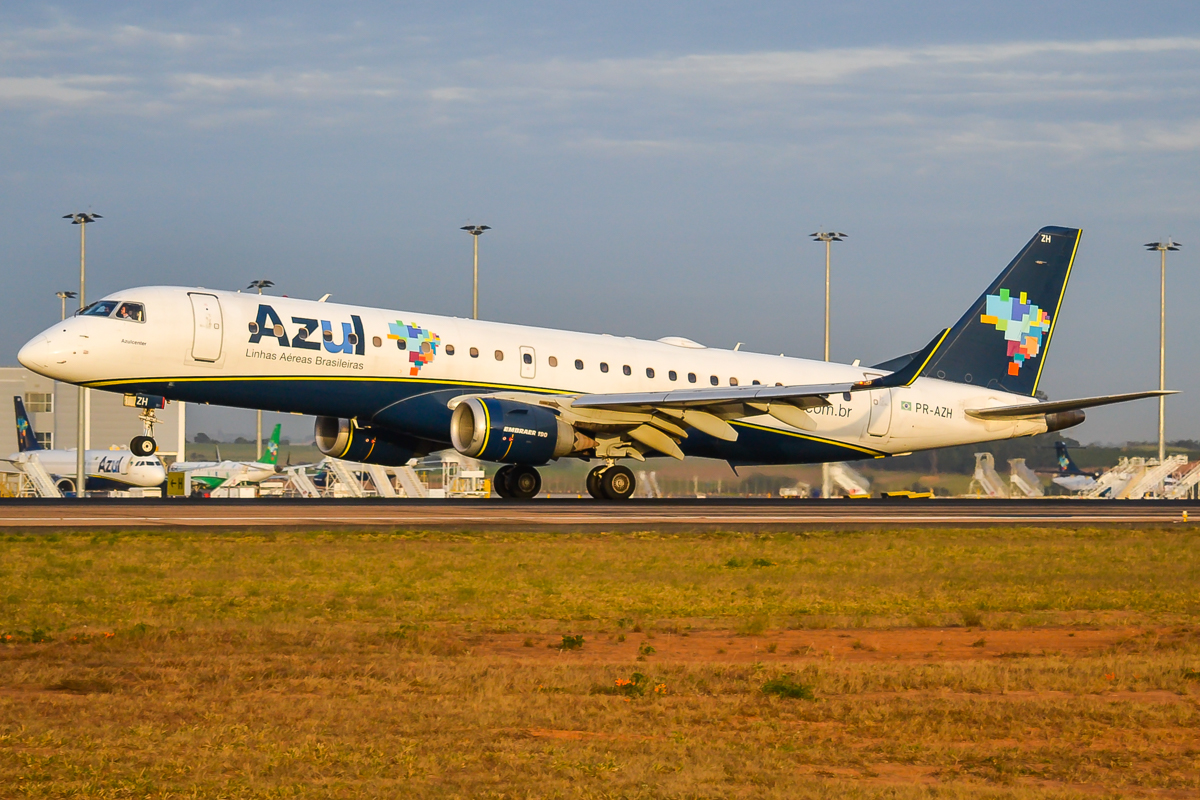 Indeed, the conditions of the package — which would mix public and private funds, all at market prices — bothered the heads of the airlines. An anonymous high-level executive at LATAM Brasil told this week’s issue of business magazine IstoÉ Dinheiro that “[the bailout] is like a worker taking a loan that cannot be used to acquire a car, house, supermarket [shopping], vacation course, travel, nor debt settlement,” adding “the impression is that the rules were created to make the loans unviable.”

The expectation for the BNDES package was precisely the reason that LATAM Airlines Group left LATAM Brasil out of the Chapter 11 process in May. However, the long wait for a definition was the reason the Brazilian branch was added into the procedure less than two months later.

Paradoxically, the lack of a quick injection of cash for Brazilian airlines was a double-edged sword, as it allowed for a complete reshuffling of agreements with lessors, creditors and providers alike, providing the companies breath for the long-term.

“I had to renegotiate everything,” said Azul’s CEO, John Rodgerson, to NeoFeed last week. “Imagine if BNDES had arrived with BRL2 billion in our cash in April. I would have burned a good part of this, because everyone would have wanted to put the hands in the money. The fact that it was slow helped showing the providers that the money was not coming in and that a renegotiation was needed.”

However, not anything from the BNDES project was discarded. O Estado de São Paulo newspaper reported that “the proposal of this hybrid instrument,” avoiding weighing everything in stocks and diluting too much the current shareholders, while also avoiding taking too much debt and suffocating the airline’s amortization costs, “started from the draft elaborated by the BNDES.”

The Importance of this Funding Going Forward

Istoé’s article affirms that, amongst the requirements for the package, “the most controversial is that the resources cannot be used for debt payment or for buying airplanes, two of the largest weighs over the airlines’ accounts”; Azul’s filing to Brazil’s CVM, which depicts where the funding provided by these debentures issuing will go, shows precisely this dissatisfaction.

Of the net BRL1.586 billion the airline expects to get, 65% will go to working capital, but 35% (BRL555.28 million) would go to “expansion of logistics activity and other strategic opportunities.”

Azul’s cash position is already relatively strong — to NeoFeed, Rodgerson said the airline has BRL2.3 billion in cash, a position he says could hold the airline afloat for 30 months. From an industry perspective, airlines in Brazil are consistently reducing daily cash burn and assuring the financing to survive — besides Azul, LATAM Airlines Group has secured the Debtor-in-Possession financing within the Chapter 11 process, and now only GOL figures as a question mark.

And Azul has plenty of niches to explore, especially with regards to cargo. Its freight branch, Azul Cargo Express, has agreements with huge e-commerce companies, like Mercado Livre, and is growing year after year, even with COVID. For instance, after removing all seats from an Embraer 195 for cargo operations, Azul plans on having four full-cargo E-Jets by the end of the year.

“Now, it’s [about] recovery, recovery and recovery,” said the ever-optimistic Rodgerson to NeoFeed. “It’s [about] stop crying, [we] have to look ahead. The only way to save ourselves is by flying.”

With a leaner structure brought by the dire adjustments, Brazil’s aviation recovery looks better than was thought some months ago — at least domestically. In November, Azul plans flying 80% of its 2019 capacity, and other major airlines are following this bullish trend accordingly, that with a demand prominently leisure-oriented. The airlines hope that once corporate traffic is back, especially after a vaccine, a healthy market environment may follow.

In this sense, both Azul and LATAM Brasil have much to look forward to as well, with the codeshare agreement both signed in June. With their highly complementary networks, Azul strong in regional markets and LATAM strong in trunk routes, this will be a very positive legacy of this forgettable year for the industry.

“If you see, Delta paid $2 billion to get in LATAM. The $2 billion became dust, but they paid it in February this year. Why did they pay? [Because] they only have 20 flights to Latin America and could connect with LATAM’s flights,” saod Rodgerson. “Now look at Azul and LATAM’s codeshare, is really powerful. It will be the largest codeshare in the world.”

With COVID-19 vaccine prospects on the horizon – authorities in Brazil say it should start being rolled out from January – actual recovery may be finally appearing in the distance. With this, after airlines manage to eliminate daily cash burn, the funding to give traction to further investments and to further growth will be strategic to see who will have the edge upon leaving these nightmare times. In Brazil, Azul and LATAM seem to be more comfortable in this aspect.