A JSX E-145 in Austin. The airline exclusively operates the E-145 for its intra-Texas flights. (Photo: AirlineGeeks | Mateen Kontoravdis)

JSX, the self described “hop-on jet service” announced on Tuesday that it will expand its route network with two new popular East Coast markets. The carrier will offer its short-haul private jet-like experience to the popular New York Metro area and Miami markets and will begin service just in time for the holiday season with inaugural flights scheduled for Thursday, Nov. 18.

The carrier will initially offer service from New York’s Westchester County Airport to Miami International Airport five days a week with fares starting at $749 one way. Also commencing November 18, with five flights per week, will be the airlines Miami to Dallas route.

Since its birth in April of 2016, JSX has primarily served West Coast markets, progressively expanding their network easterwardly. Prior to Tuesday’s announcement, the regional airline’s most eastern destination was Destin, Florida, served from both JSX’s Dallas and Houston locations which began in April of 2021.

AirlineGeeks recently spoke with CEO Alex Wilcox to discuss the carrier’s recent Texas expansion with new flights to Austin and expanded services to Houston which launched at the end of September.

“Since day one, our Customers have asked JSX to serve the East Coast and I am thrilled to say that our distinctive style of flying has finally arrived. It’s no secret that demand from New York and Dallas to Florida is at an all-time high, and we are delighted to bring our hop-on jet service to these vibrant markets ahead of the busy holiday season,” states JSX CEO Alex Wilcox. “The JSX experience was created for anyone who values their time, from private jet owners and first-class fliers to families and business travelers who desire a simpler, better way to travel, and we welcome them all with open arms.” 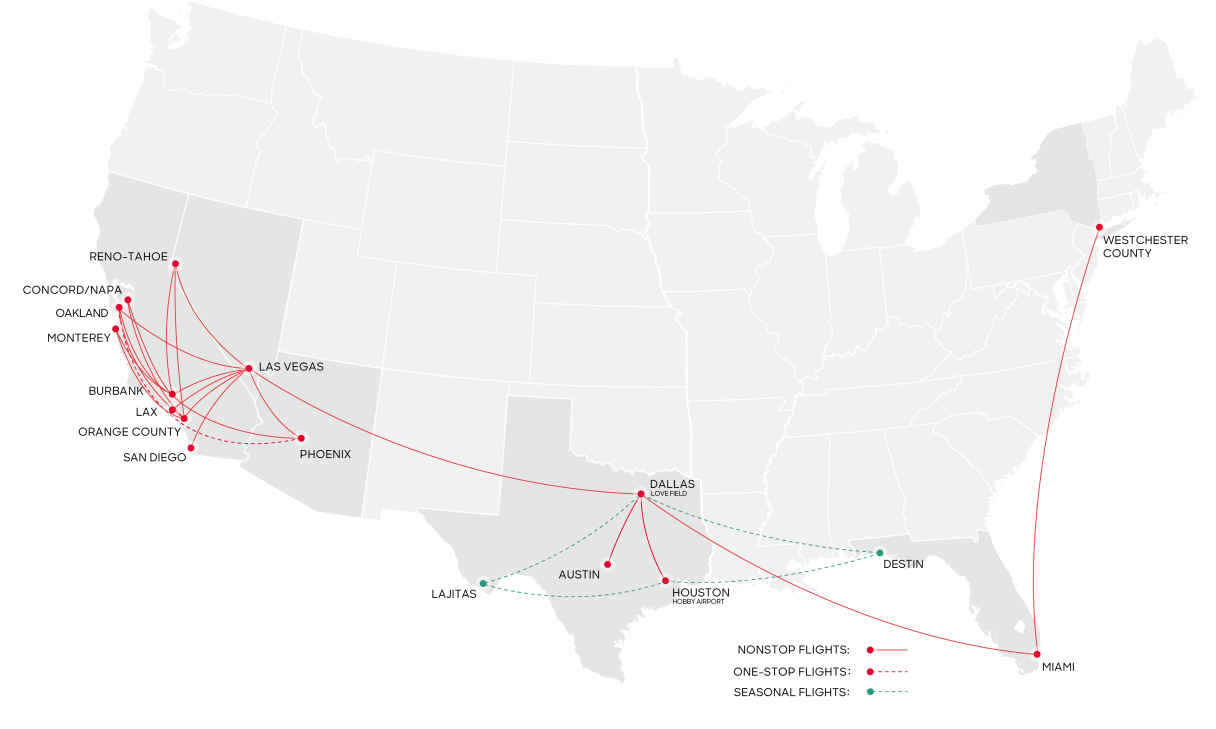 The JSX route map will now include flights to the East Coast. (Photo: JSX)

JSX prides itself in providing its customers a crowd-free private jet-like experience. They do this through its distinctive aircraft configurations. Utilizing both the Embraer ERJ-135 and 145 aircraft, the carrier is able to seat 30 passengers in a 1-1 configuration onboard the ERJ-145s. Each seat has an above average 35-inches of legroom with each row featuring a leather-covered cocktail table and armrest, with power-outlets. 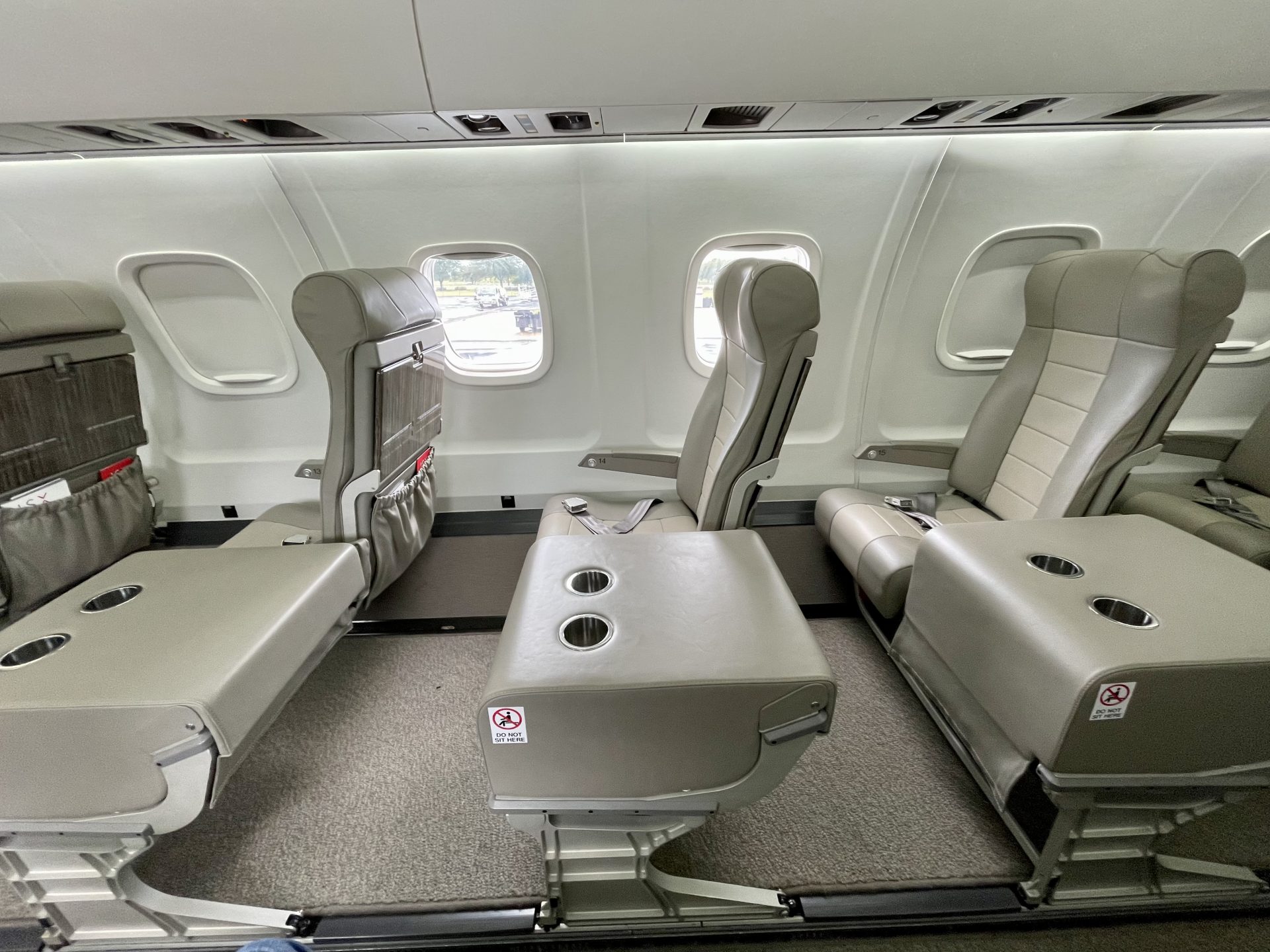 All seats on the right side of the aircraft have a table and all seats onboard offer 35 inches of legroom. (Photo: AirlineGeeks | Mateen Kontoravdis) 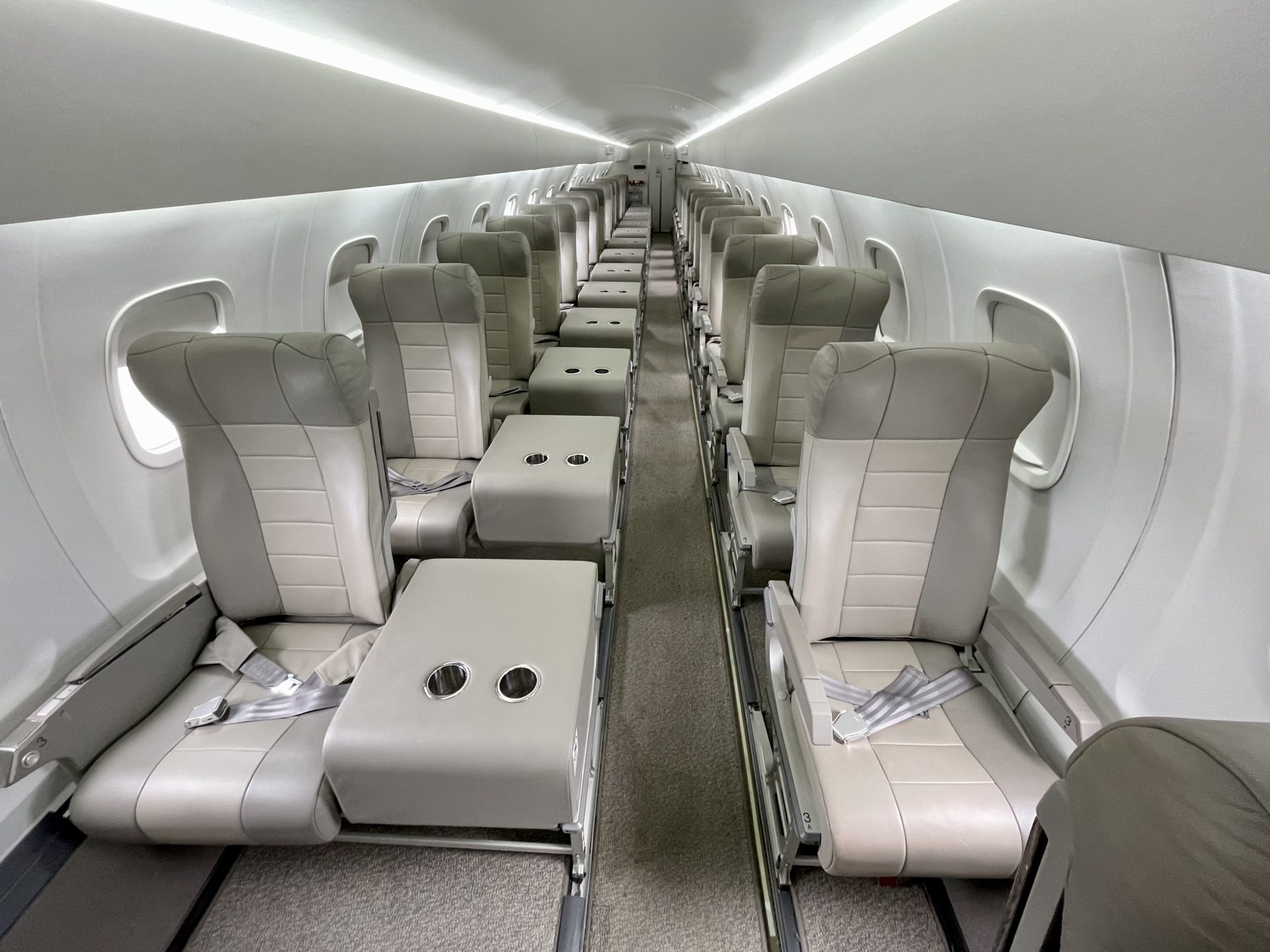 Through convenience, comfortability and affordability, it is safe to say that JSX is revolutionizing the airline industry with its hop-on experience. The East Coast expansion will surely be viable for the company as both Miami and New York rank in the top ten destinations for business travellers.

Wilcox said to AirlineGeeks earlier this month, “Business travelers, more than anybody, value their time and they are willing to pay to get more of it back. That’s the one thing that we provide that the big airlines can’t. That is, the ability to get out of your car and onto the airplane within 20 minutes, basically get on and go without breaking a sweat. If you try to do that on a major airline, that airplane is long gone by the time you get to the gate.”