A Personal Essay: The Call and Need For Pilots 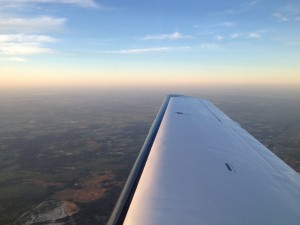 That call, and many others like it streaming from the radios fill the many hangers on sunny spring weekends, and warm summer days. I sit with my airport family─Tom, Lenora, Dennis, John, and Larry─grilling burgers, drinking soda, relaxing, talking about, and watching all the airplanes that come and go at one of Washington’s most popular general aviation airports. This, and flying, is how I spent most of my weekends, and ALL of my summers throughout these past two years, and I couldn’t have felt more at home.

“I couldn’t have felt more at home.”

Aviation is my life, and the folks at Arlington are very eager, and quite enthusiastic that I’m learning to fly, and are very welcoming of me in their community. The reason for this is simple: I’m only 17. When I started flight training, I was 15, and was the one of the youngest people to start flight training at Arlington. Naturally, I was the subject of interest for many pilots at KAWO. They rarely, if ever, see pilots as young as me at KAWO, or at any airport in the region for that matter. Young people in aviation are a rare breed, and as the impending pilot shortage continues to approach, (the U.S. will need 20,000 by 2022) and the cost of learning to fly increases, young people in aviation will start to disappear entirely. 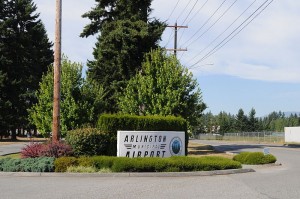 With flight training costing an average of $7,800, its no wonder why young people aren’t flocking to airports and getting their pilots licences, but cost isn’t the only reason why young people aren’t interested in flying. When asking my peers, I’ve found that most of them think that airplanes are “cool” or “useful,” but when asked if they would have any interest in pursuing a career in aviation, such as being a pilot, all said something along the lines of “No, it seems too hard.” After several more questions, I came to the conclusion that people just aren’t as passionate about aviation as they were 30 or so years ago. They see flying as a fast form of transportation from place to place, not something to do for fun, or as a job.

“Every single pilot I know is extremely passionate about flying.”

Flying has lost most of its romance. And it seems like passion has a lot to do with being a pilot, air traffic controller, center controller, or any other skill job in aviation. Every single pilot I know is extremely passionate about flying, and has wanted to fly from a very young age. It’s rare that you see someone become a pilot because it pays well, or because the perks are nice, its just too hard and too stressful of a job to have the same appeal of the regular “9AM-5PM” office job. The same goes for teaching, being a police or fireman, a doctor, veterinarian, surgeon, photographer, actor, singer, author, engineer, and the list goes on. People don’t become doctors because it pays well, or become teachers because you get summers off, or actors because you get to be famous. They do it because they have an immense passion for it and truly love to do it. But still, many more people seem to want to aspire to be an actor, or teacher, or any other job that requires a good amount of passion to do, rather than fly airplanes. It’s confusing, why do the other jobs draw crowds while the aviation industry suffers from the lack of pilots, air traffic controllers, and other career-type positions? What is aviation doing wrong? 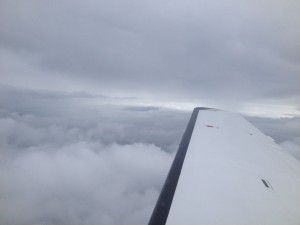 Compared to other places, such as the classroom, the airport looks and feels almost like a prison. Tall barbed wire fences, often electric. Security cameras at every corner. Guards with tasers and firearms. Stiff legal penalties for not following the strict rules set by the FAA. For the average person, it’s not a very welcoming place. This, along with many other reasons, is why people aren’t getting interested in aviation, they don’t see it as a very welcoming place. So the question has to be asked, what can we as an aviation community (#AvGeeks) do to get people interested and passionate about the wonderful world of aviation?

Sure, there are plenty of museums and tours that the public can take, like the always wonderful Museum of Flight at Boeing Field in Seattle, and the informative and spectacular Boeing tour at Paine Field in Everett, but the problem with that is it only attract a limited number of people due to its staticness. Museums just can’t move from city to city, and thats where airshows come in. Airshows offer a chance for people to get much greater access at an airport, and they get the chance to see planes in action, taking off, landing, doing stunts and low level flybys, as well as talking to aviators about their machines after their performances. Both are great, and both serve great purpose to the cause of attracting new aviators, but they are both limited in their abilities to attract new people. Museums can’t move city to city, and airshows only showcase part of what aviation encompasses and initials, most often the general aviation side of things.

“Give people access, answer people’s questions and advertise the many perks…” 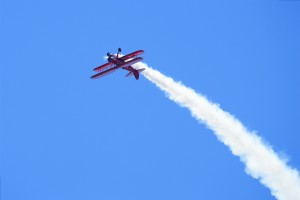 One idea is to introduce different career paths into high schools, particularly those that specialize in students knowing what fields they want to go in, such as any SLC at my high school, Marysville Getchell HS, Arts and Tech HS or any other specialty high school. A great example of this is Raisbeck Aviation High School in Seattle, located just a few hundred feet from Boeing Field. But, to solve the pilot shortage, the aviation community has to target the youth; get young kids on board early, and the aviation bug will spread like wildfire. Many pilots caught the aviation bug after hearing of great feats in aviation, such as Bob Hoover’s aerobatics, the aw-ensuing airline captains, who made flying the old, heavy, loud jets at the start of the jet age look easy, the incredible non-stop circumnavigation of the globe by the Rutan Voyager, the great test pilots of the 50s and 60s pushing aircraft design and actual aircraft to the absolute limit on a regular basis, and stories of fighter jet pilots downing communist MiGs over the deadly skies of North Vietnam. Unfortunately, the only heroes heard about in the news today are commercial pilots landing aircraft after experiencing an emergency or major issue onboard, which is quite a common occurrence. Aligned with common belief, making hamburger meat out of a flock of geese and barely maintaining control of an aircraft full of hundreds of people is not the most attractive job.

EXTRA: Want to go inside aviation? Check out our InsideAviation podcast.

So, how do we make the job of flying attractive? Simple; give people access, answer people’s questions, and advertise the many perks of being an airline pilot, air traffic controller, airport manager, or any of the other amazing careers the aviation industry has to offer. Giving people access allows them to get hands on experience and lets them see how things work, instead of investing a large amount of time and money into something they don’t fully understand yet. Answering the questions will help people understand what we, the industry community, are all about, how things work and would provide them information about the diversity of careers in the aviation industry. Advertising is the biggest of these three; showing and telling people the many great things that come with being a pilot, air traffic controller, or airport manager. Some U.S. pilots on average can make up to $120,000 a year, working roughly 20 hour weeks. Reasonably high pay isn’t the only attraction to being a pilot. Often, airlines will give their employees massive discounts on flights for them and their families, and pilots will be placed on layover, and depending on what route they’re flying, they can often spend a day or so in popular vacation spots, such as Hawaii or Los Angeles, for free. Plus, the feeling of flight is like no other, and the pride you feel after ferrying hundreds of passengers thousands of miles in a matter of hours is something only a pilot can feel. 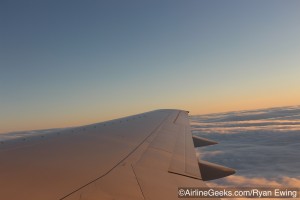 Along with these perks, a large amount of passion will be gained for aviation. In the past, I have had the chance to meet airline captains for many different carriers, and some didn’t start to pursue the career of flying until college, and didn’t catch the “bug” until deep into flight training. And most others don’t fall in love, or gain that passion, until their first flight in an airplane.

The pilot shortage is an avoidable situation, but as time goes by, it will become more and more noticeable. Showing the attractiveness of the aviation industry is crucial, most people don’t aspire to work under heavy regulation or working a stressful job with high risk, so why market it like that? Continuing to create events and places that celebrate aviation and its rich history is important for drawing public attention to it. Without showing people what we as a community are about, the interest level would be drastically low. Aviation is truly beautiful and inspiring and it is time for more people to “chase the skies” and to discover their dreams in aviation.