PHOTO STORY: A Behind-the-Scenes Look Inside American’s Hub at MIA

Along with being the gateway to Latin America, Miami International Airport (MIA) is one of the world’s most bustling airports. In 2013 it was ranked the 10th busiest airport in the United States, as well as the 2nd busiest for international traffic alone. The majority of the flights in and out of the airport are served by American. On Aug. 27, we had the opportunity to tour American Airlines’ facilities in Miami. 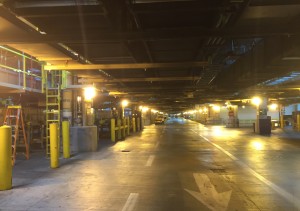 Looking back in history, American set off on an ambitious plan in 1989 to create a connection hub at MIA. While both Eastern and Pan Am once controlled a majority of flights in and out of the airport, American’s operations have now topped both airlines’ combined daily flights. Most of the airline’s Latin American destinations originate or arrive into MIA, resulting in its recognition of being an important international hub into the United States. Not only does American operate flights to Latin America, but also many destinations in Europe including Barcelona, Frankfurt, Milan and Paris. Furthermore, the airport also serves as an important domestic hub for American, with over 10,000,000 domestic passengers served in 2014. 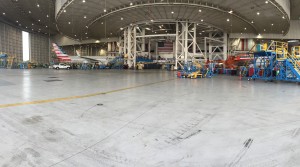 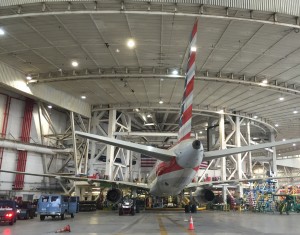 Our tour of American’s facilities at MIA began mid-morning. After throwing on a vest, we were escorted over to the maintenance facility. This facility can hold up to three widebody aircraft simultaneously. While the facility was originally built by National Airlines in 1979, it was later taken over by Pan Am. This would finally follow with American leasing the hangar and completing a full refurbishment of it.

A newly painted 757 in the facility

Outside of the maintenance facility, American leases a ramp area in which some aircraft are parked in between flights. On the day of our visit, the facility was also being used by the U.S. Department of Homeland Security for canine training. During our visit, a Boeing 767-300 and Boeing 757-200 were undergoing maintenance. In order to more efficiently perform maintenance, American has hired engineers to put together various tools that are tailored to a specific aircraft. Looking just outside the building we noticed that numerous aircraft were parked, including some of American’s newer aircraft such as the Boeing 777-3000ER, Airbus A321, and even a newly retrofitted Boeing 767. After getting a close-up of the maintenance facility, it was time for our next stop at the ramp tower. 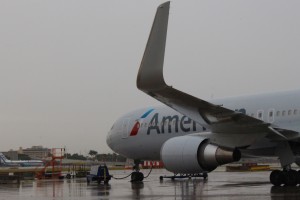 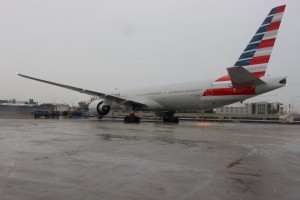 On the way to the ramp tower, we noticed a cluster of American employees around a Boeing 737. It became evident that one of their colleagues at MIA had passed away, and the employees were loading his casket onto the aircraft. 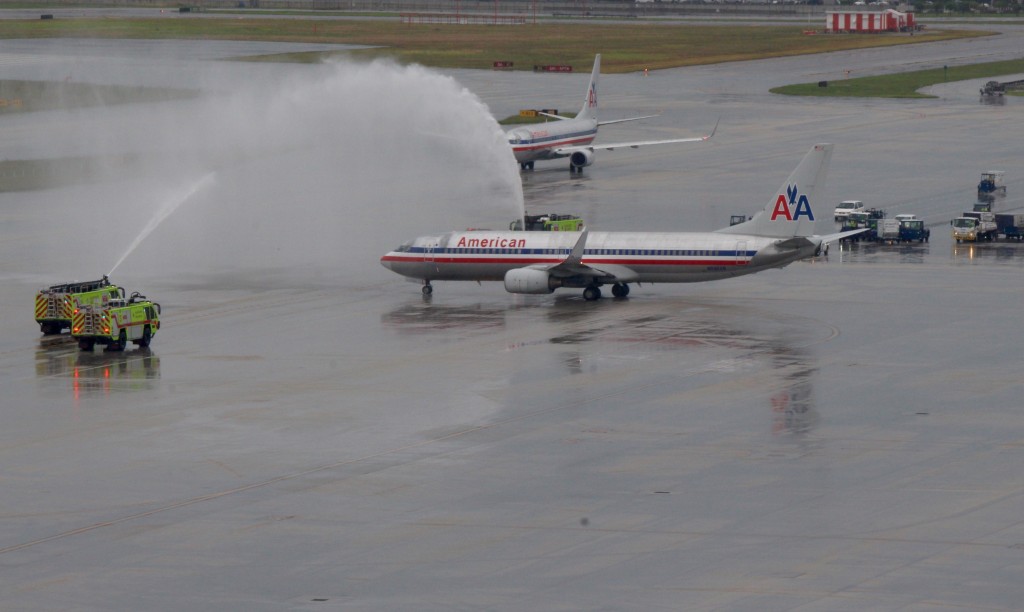 After losing one of their team members, American coordinated with the Miami-Dade Fire Department to do a water canon salute

The employees were celebrating his life with some music, as well as a water cannon salute by the Miami-Dade Fire Department. It was truly amazing to see how close the AA team is in Miami. 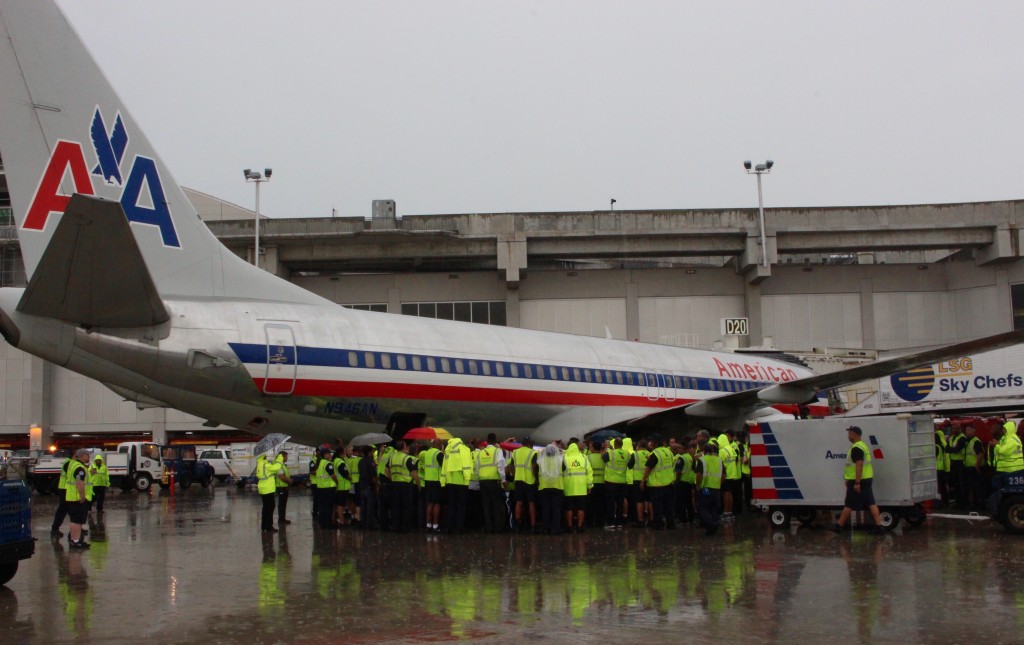 Once arriving at American’s ramp tower, we were able to see that all of the operations on their leased ramp area. This provided an incredibly unique perspective of the airport. The tower itself is located above Concourse D, and even on a rainy day has an unbeatable view of runways 26L and 26R. 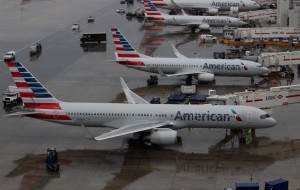 The lineup of American aircraft at MIA 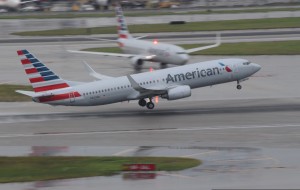 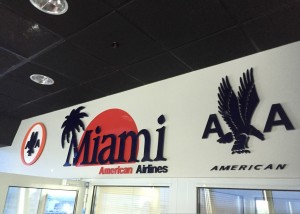 When growing their hub at MIA, American took a large risk.  Numerous airlines such as United had failed to sustain the hub, but American was able to accomplish a difficult task. Due to the airline’s persistence and rapid growth at the airport, MIA is thriving and living up to its nickname as “The Gateway to Latin America.”

Follow Ryan
Ryan Ewing
Ryan founded AirlineGeeks.com back in February 2013 and has amassed considerable experience in the aviation sector. His work has been featured in several publications and news outlets, including CNN, WJLA, CNET, and Business Insider. During his time in the industry, he's worked in roles pertaining to airport operations and customer service while pursuing a bachelor's degree in Air Transportation Management from Arizona State University. Ryan has experience in several facets of the industry from behind the yoke of a Cessna 172 to interviewing airline industry executives.
Follow Ryan
Latest posts by Ryan Ewing (see all)
AmericanavgeekExclusiveFeaturedMia
Related Stories
[ Related Stories ]August 3, 2021 6:30 am ET
By Charlotte Seet