The state of Arkansas was admitted to the Union as the 25th State of the United States of America on June 15th, 1836. The Natural State is home to the capital Little Rock and borders Louisiana to the south, Texas to the Southwest, Oklahoma to the west, Missouri on the north, as well as Tennessee and Mississippi on the east. The state’s aviation presence is small in terms of quality and is home to four primary airports and four non-primary airports.

Northwest Arkansas Regional Airport is an airport available for the public and serves Fayetteville & Springdale. It is known as one of the smallest airports within the United States that operate year-round daily nonstop jet services to major airport destinations such as New York, Los Angeles, Atlanta, San Francisco, Chicago and Dallas. This is down to the fact that the world’s largest company Walmart is located nearby the airport in Bentonville. The airport features a two runway setup (labeled 16/34 and 17/35), both concrete and both the same length, at 8,800 feet.

The Highfill-based airport carried over 1.2 million passengers in 2015, showing rapid success over the past 15 years by nearly doubling passenger numbers. American Eagle and United Express are the big players within Northwest Arkansas as they compete on particular routes. Allegiant Air also provides services to Las Vegas and Orlando Sanford as well as operating a seasonal service to Los Angeles. Delta operates flights to Atlanta, Cincinnati, Minneapolis & New York-LaGuardia also. 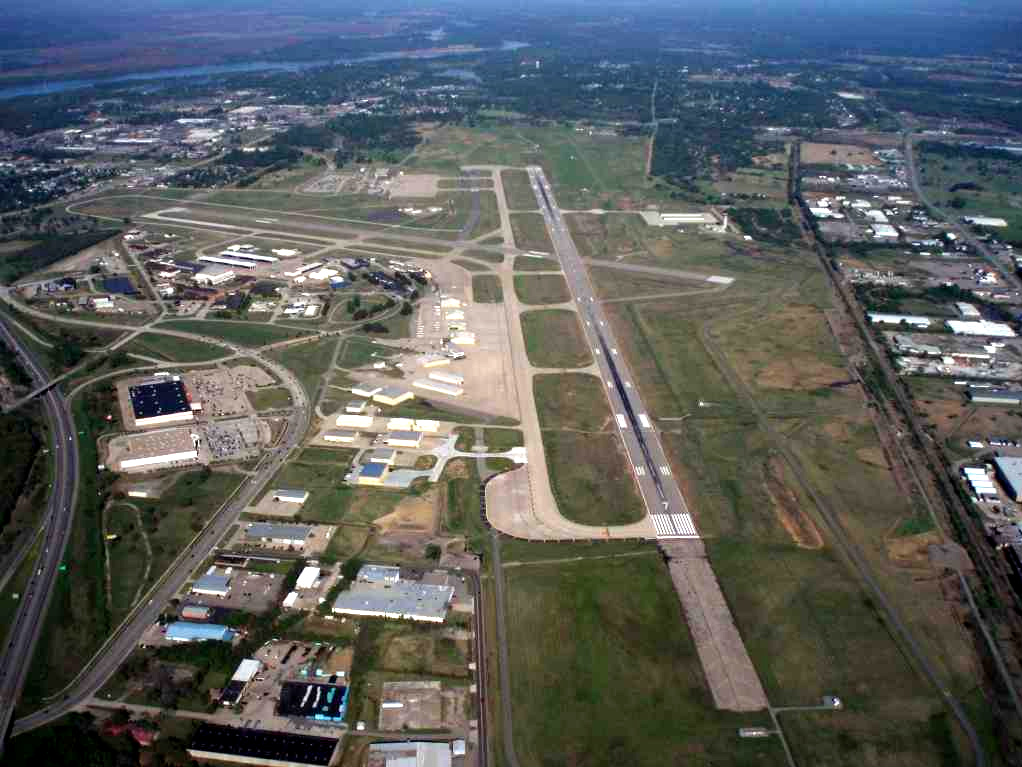 Fort Smith is a joint civil-military airport. The airport’s military presence consists of a base from the Arkansas Air National Guard 188th Wing, which has operated aircraft such as the F-4 Phantom II, F-16 Falcon, and the A-10 Thunderbolt II. The airport has two Asphalt-surfaced runways (labeled 1/19 at 5,001 feet & 7/25 at 8,017 feet). The field covers an area of 1,359 acres. 51% of total traffic at the airport counts as General Aviation as well as 34% being military and only 4% being scheduled commercial air traffic. The airport’s commercial portfolio started in 1940 when Braniff International Airways and Mid-Continent Airlines commenced services. Braniff expanded their commercial routes out of Fort Smith with nonstop flights to Shreveport and Tulsa using British Aircraft Corporation BAC One-Eleven aircraft. During the mid-1970’s, the airline then operated Boeing B727’s out of the airport on flights to Chicago, Dallas-Fort Worth, Kansas City, Memphis, Nashville, New Orleans, New York’s JFK & Oklahoma City.

The airport has seen a rapid 6% decline in passenger numbers for 2015, with many flights from American Eagle and Delta Connection being withdrawn. For instance, Delta Connection reduced Atlanta flights from three flights to two per day with their Canadair CRJ-700 aircraft. Delta Connection also suspended a route to Memphis which lasted between 2007 and 2012. At the moment, only two destinations are served from Fort Smith, being Dallas Fort-Worth and Atlanta.

Also known as Clinton National Airport, Bill and Hillary Clinton National Airport is another major airport within Arkansas and features three concrete-surfaced runways (labeled 4L/22R at 8,273 feet, 4R/22L at 8,251 feet & 18/36 at 6,224 feet in length). American Airlines was the first carrier to serve the airport when it first landed at the airfield in 1931 when it was primarily known as Little Rock. During the Second World War, the airfield was converted into military operations and was used by the United States Army Air Forces Third Air Force for antisubmarine and training purposes.

Picture of a United States Geological Survey of the airport – Picture courtesy of Wikimedia Commons.

Texarkana Regional is a small airfield that covers under 1,000 acres of land. The airport features a two runway setup (labeled 4/22 at 6,601 feet & 13/31 at 5,200 feet) where 73% of all traffic counts towards general aviation. Only 1% of traffic at the airport is from scheduled commercial services monopolized by American Eagle on services to Dallas Fort-Worth. Information about this airport is very limited. According to FAA Enplanement information, the airport has seen a 6% drop in enplanements from 37,229 enplanements in 2014 to 34,881 in 2015. Like with Fort Smith & Texarkana, there is a struggle present in terms of attracting passengers to each airport.  In 2010, the airport had 74 based aircraft. 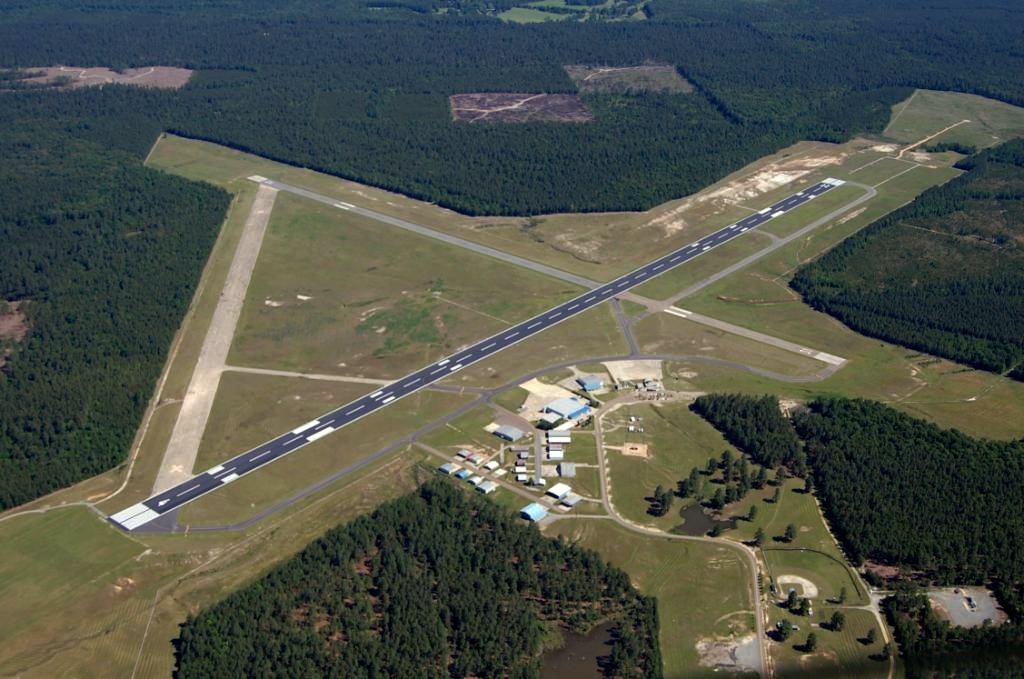 Goodwin Field is now a dead commercial airfield after the demise of SeaPort in September 2016. SeaPort’s services to Hot Springs, Dallas & Houston were the only links the airport had on a commercial basis. The airport is technically listed now as a General Aviation as over 70% of all traffic at the airport now counts for General Aviation.  However, there are commercial aspects to the airport as over 10% of traffic is listed as Air Taxi. The airport has two open runways (labeled 4/22 at 6,601 feet & 13/31 at 5,100 feet) and one closed runway (labeled 17/35 at 3,733 feet). Furthermore, the airport is listed as a commercial airport as it has over 2,500 enplanements per year.

Boone County Airport is a General Aviation dominated airport with a staggering 87% of all air traffic being listed as General Aviation. 12% of all traffic also is listed as Air Taxi and 1% being military. The airport has only one asphalt runway, labeled 18/36, at 6,161 by 150 feet. The airport covers a small area of 425 acres. In 2010, the airport reported that 48 aircraft were based on the field. 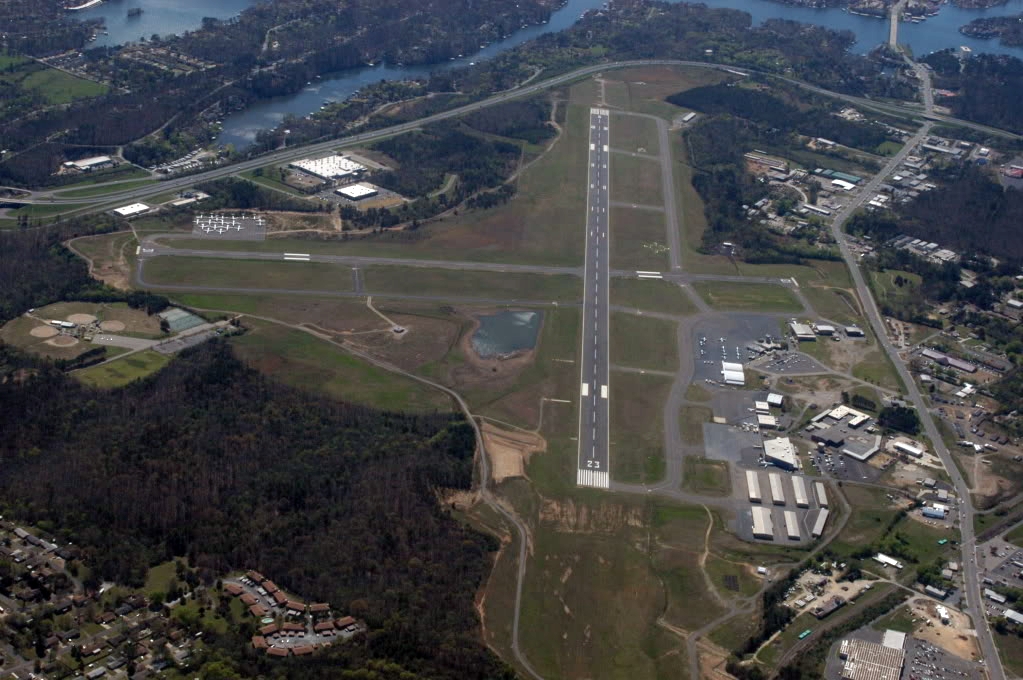 Memorial Field is definitely similar to Goodwin Field but is contrasted on a bigger scale. The airport is similar in the sense that there is now a commercial abundance at the airport, with 95% of air traffic now counting as General Aviation. But in the late 60’s, the airport had a significant commercial portfolio. Between 1967-1969, Trans-Texas Airways, the Original Frontier Airlines (1950-1986) and Delta Airlines were operating flights with DC-9, Convair 580’s, 600’s and 440’s & DC-3’s to destinations such as Dallas, Los Angeles, Memphis, New Orleans, St Louis, Houston & Chicago. In the 1970’s up to the 1990’s, many charter airlines operated from Memorial Field such as Rio Airways, Scheduled Skyways & Lone Star Airlines operating a range of aircraft consisting of Fairchild Swearingen Metroliners, Beechcraft 99 & Dornier 328 aircraft.

The final airport of interest in Arkansas is Jonesboro Municipal Airport in Craighead County. The airport has two asphalt runways (labeled 5/23 at 6,200 feet & 13/31 at 4,099 feet). It is also another airport dominated by the General Aviation industry with 87% of air traffic counting towards General Aviation. It is also known as a commercial airport as they have on average 4,800 enplanements per year. They have however seen a 4% decrease in enplanements over the past year.

The airport does have one scheduled passenger service and is subsidized by the Essential Air Service Program (EAS), in which Boone County and Goodwin Field were also part of. The service was a response made the Airline Deregulation Act passed in 1978, which enabled airlines to charge whatever price they deemed necessary in the domestic market. This put local communities and regional airports at a disadvantage as the local people would not pay higher airfares. They may travel to other airports for cheaper airfares in response to such price hikes.

The carrier supporting the EAS at Jonesboro is Air Choice One which offers services to St Louis using Cessna Caravan 208B’s. There was a point at which the airport lost the Essential Air Service for one year due to Mesa Airlines pulling out of the airport in 2008.

Overall, Arkansas is a state that is going through some positive times but also some negative times. With the finances of specific airlines being higher, it forces the regional or county airfields to be left out due to the fact that there isn’t enough financial viability within the airports. For some of the General Aviation dominated airfields, times are more positive due to higher enplanement percentages in some airfields. At the moment, some airports are reaping the benefits of the EAS, which shows how much of a lifeline the service is to the many airports in Arkansas.