The All-747 U.S. Airline? An Interview with Avatar Airlines’ Chief Legal Officer

A couple of weeks ago, I was perusing the latest aviation news from around the internet. I was looking specifically at what I could find surrounding the Department of Transportation (DOT). And I stumbled across an article about Avatar Airlines. It’s a name that rang a bell but didn’t, of course, have the same recognition as reading “United Airlines” or “JetBlue.”

Come to find out, the company — which has existed as a company since 1992 but still has not operated a flight — had filed for aid under the CARES Act. In a letter addressed to “[Treasury] Secretary [Steve] Mnucin (sic),” on April 20, the airline asked that it be granted $15 million in order to get through the rigorous certification process that comes with trying to launch an airline.

So I went to the Avatar website and put my name and email address in, hoping to get some more information. And I heard back from Michael Zapin, the airline’s Executive Vice President and Chief Legal Officer, whose day job is as an attorney in Florida.

“I’ve been around the landscape in terms of a legal career,” he said after explaining a case he was working on went to the Supreme Court. “I’m a transactional lawyer and a litigator with a special emphasis on consumers and civil rights. And it was a natural fit for me to sort of take an active role in Avatar because I always felt a special attachment to the idea of actually doing something for middle America, for the working class.”

That last idea is one to hang on to. Because if you look at Avatar Airlines as someone who is interested in aviation, or as someone who is prepared to pour hundreds of thousands of dollars into it as a startup — though I’m yet to see if those people do exist — what immediately becomes clear is that, as an airline, Avatar is certainly trying to exist for the populous.

What Is Avatar Airlines?

Avatar Airlines is the brainchild of Barry Michaels, a business executive in Nevada who in the 1990s was the subject of a Securities and Exchange Commission lawsuit for fraud related to a company then called Family Airlines. After being faced to pay hundreds of thousands of dollars in penalties, the airline went mostly dormant, appearing in 2008 to apply again for DOT certification to fly. After a rejection, the same company surfaced, now under the name Avatar Airlines.

The company has since developed a much more in-depth business model. And while its website is headlined by what appears to be a KLM 747 with an “a” in place of the typical logo, it explains at length the airline’s plans to operate a fleet comprised entirely of Boeing 747 aircraft across a route network contained entirely within North America. 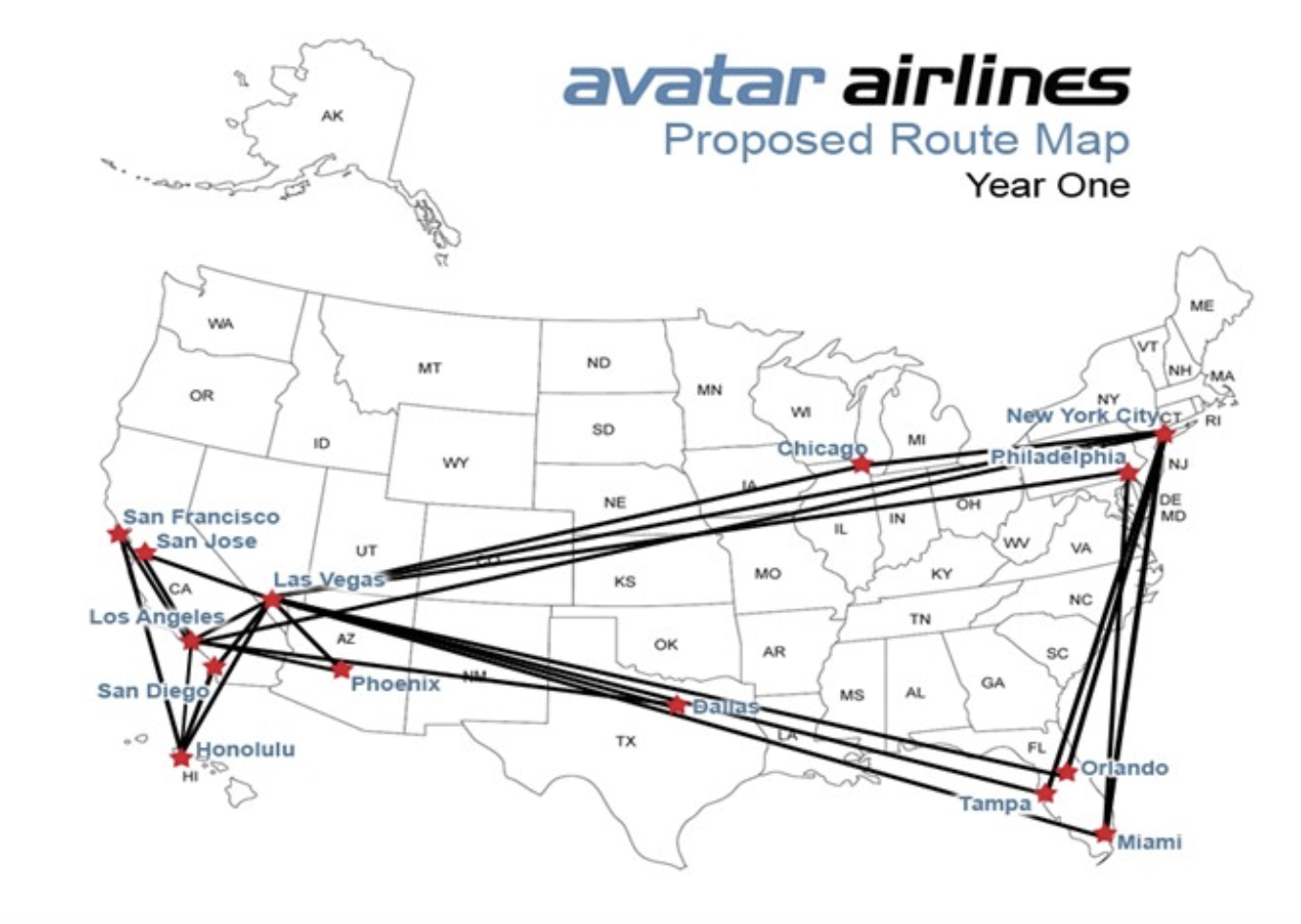 But why the 747? According to the airline’s promotional video, “The 747 has the lowest cost per available seat mile,” and operating flights with 581 passengers will enable the airline to offer “every-day fares as low as $19” and seemingly no higher than $99 “anywhere in the U.S.”

“It’s economies of scale,” Zapin said. “If you could fill this aircraft up — but not in the way that it was historically used in this country back in the 70s where, it’s funny, it looks like economy class is first class — we’re going to configure this aircraft with 581 seats. There will be a small business class upstairs of 42 seats.”

But he also said the airline’s vision is not to become a typical contemporary low-cost carrier in the U.S. such as Spirit Airlines.

“I’m not saying that it’s first class,” he added, “but compared to what Spirit did, we’re probably going to be around 32, 33 [inches of seat pitch], which is not bad. And with the wide-body 747, you’ll have ample width, dual aisleways, there will be room to get up and stretch and walk around. It’s going to be a much more comfortable flying experience than anything that’s out there today in terms of economy class.”

But how do you make money with fares that low? Well, they’re glad you asked. Because Avatar Airlines hopes to make every part of the experience as branded as possible. For $250,000 per month, companies can wrap one of the airline’s 747s with their branding for a year. And inside the aircraft, Avatar envisions tray tables, toilet seats and everything in between will feature a logo to supplement the airline’s income. 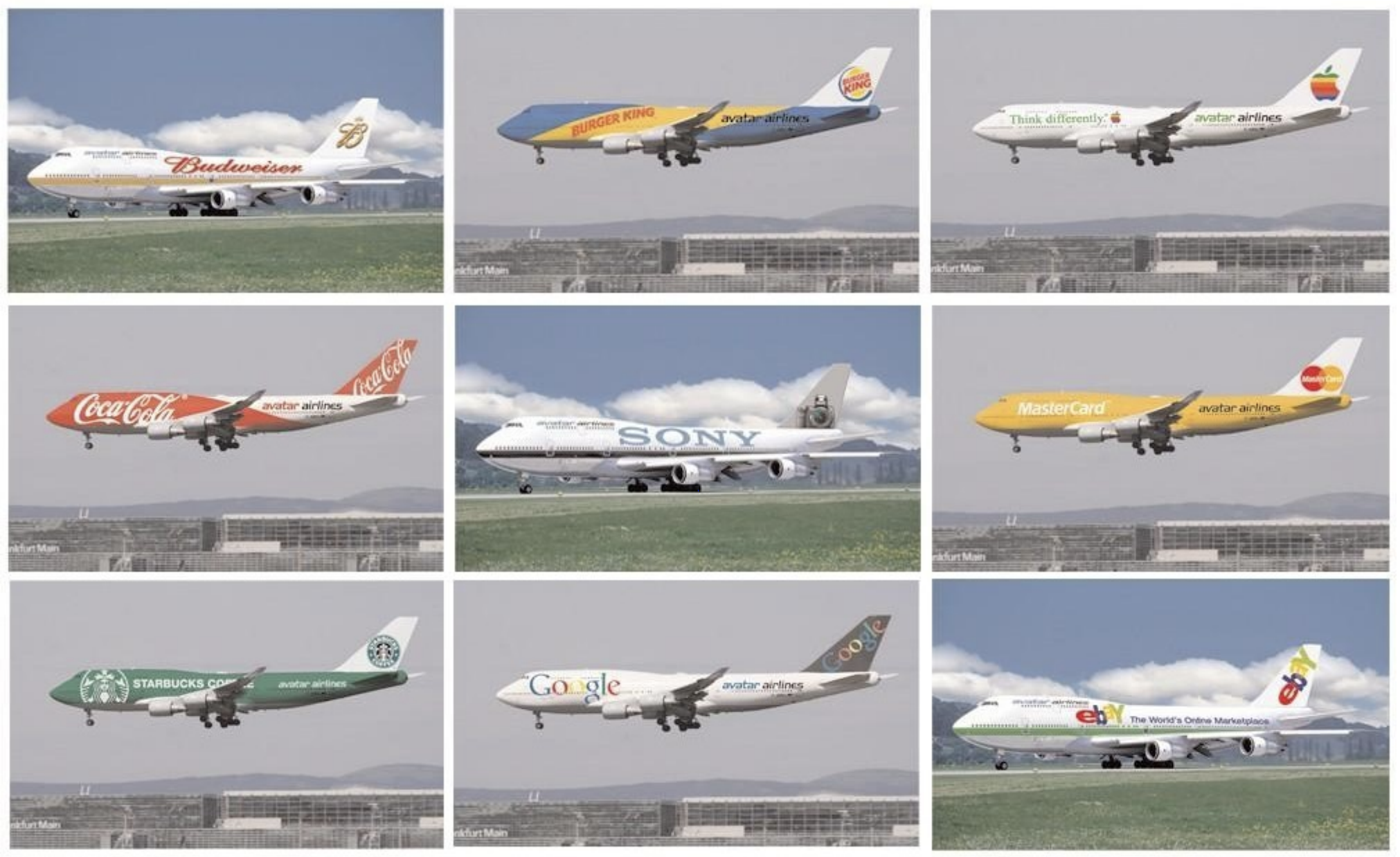 The airline currently boasts a team of 15 members, including Michaels and Zapin, who is also Michaels’ nephew. But according to Zapin, all 15 have other careers and will continue to do so until they can draw salaries from Avatar’s income.

How Do They Respond to the Criticism?

At first glance, many have found it difficult to take Avatar Airlines for anything more than a scam. In 2009, after the airline filed with the Department of Transportation, regulators wrote to Barry Michaels. According to the Washington Post, they told him, “The fact that you were convicted of securities fraud in connection with that prior application is especially troubling to us.”

But Zapin believes looking at the entire “executive team” is important. And on showing the DOT, FAA or potential investors about the stability of a company that has had a checkered past, he believes looking to the future is more important.

“There’s no assurances in anything,” Zapin said. “I don’t guarantee anybody anything. But what I tell people is the idea, the concept, the strategy, the business plan of Avatar, it’s bigger than any one man. Talking about things that were said about Barry and his history, it’s way bigger than one man. There are about 25 of us now that are involved, and that number is growing day by day.”

Even looking beyond the personnel, concerns of industry insiders — and of course those at the Federal Aviation Administration and DOT — are not unfounded. The airline comes to the table with sky-high expectations. A five-minute promotional video released by the airline says the company hopes to complete an initial public offering in three to five years, which it believes, in turn, would allow for the purchase of 30 new Boeing 747-8 aircraft. That desire, of course, already features a publicly available letter of intent.

And in that same video, a statement purportedly from Michaels touts Avatar as the next big investment opportunity, akin to “Amazon, Apple, Facebook, or even Google.”

The airline is continuing to work, Zapin says, on getting certified by the DOT and FAA. While the COVID-19 pandemic may have hindered its progress, executives still have their sights set on being airborne next year. And while they certainly have doubters, they’re hoping the future of Avatar Airlines will one day speak for itself.

Eviation Alice - the first all-electric commuter plane - made its maiden flight on Wednesday from Grant County International Airport at Moses Lake, Wash. The airplane took off at 7:11 a.m. and landed 7:19 a.m. local time . Despite being only 8-minute long, this is a historic moment for electric…