Recently airlines have been retiring old and fuel in-efficient aircraft with major carriers such as American retiring five aircraft types and Delta sending its McDonnel Douglas fleet to early retirement. But there is one carrier that refuses to retire its older aircraft.

Buffalo Airways, a carrier based in the city of Yellowknife located in Canada’s Northwest Territories, was founded in 1970 by Joe McBryan, a.k.a. “Buffalo Joe.” The carrier celebrated its 50th year of operations last month. The far north carrier had a reality television show based on its daily operations called “Ice Pilots” which aired from 2009 until 2014.

You are probably asking yourself why a small carrier based in the far north deserved a television show, well they are one of the very few carriers left in the world that to this day operate WWII-era aircraft such as the DC-3 and C-46 aircraft, some of which are going on 75-years old. The carrier operates these very old aircraft not only for cargo but also for passenger operations.

I recently visited the airline’s hangar in Yellowknife and had the opportunity to tour some of its operations and unique aircraft, some of which don’t operate in many other places in the world. Here are some of the aircraft they still fly, which I saw when I visited Buffalo Airways.

This aircraft is one of the carriers Curtiss Commando C-46’s and was built 75-years ago. The plane began its life with the United States Air Force in July 1945.

In 1950 the aircraft made it to her first airline, Flying Tiger Line, and was with 11-different companies over the next 40-years until the early 1990s.

The Yellowknife-based carrier purchased the aircraft in 1993 from another Canada based carrier, Air Manitoba.

2004 saw the carrier sell this aircraft to First National Transport and it remained with them until November 2010, when the aircraft would find its way back to Buffalo Airways.

It took five years to make the aircraft airworthy once again and in September 2015 the aircraft was flown back to Yellowknife, N.W.T., Canada and remained in the hangar for the next three-years for a complete overhaul. 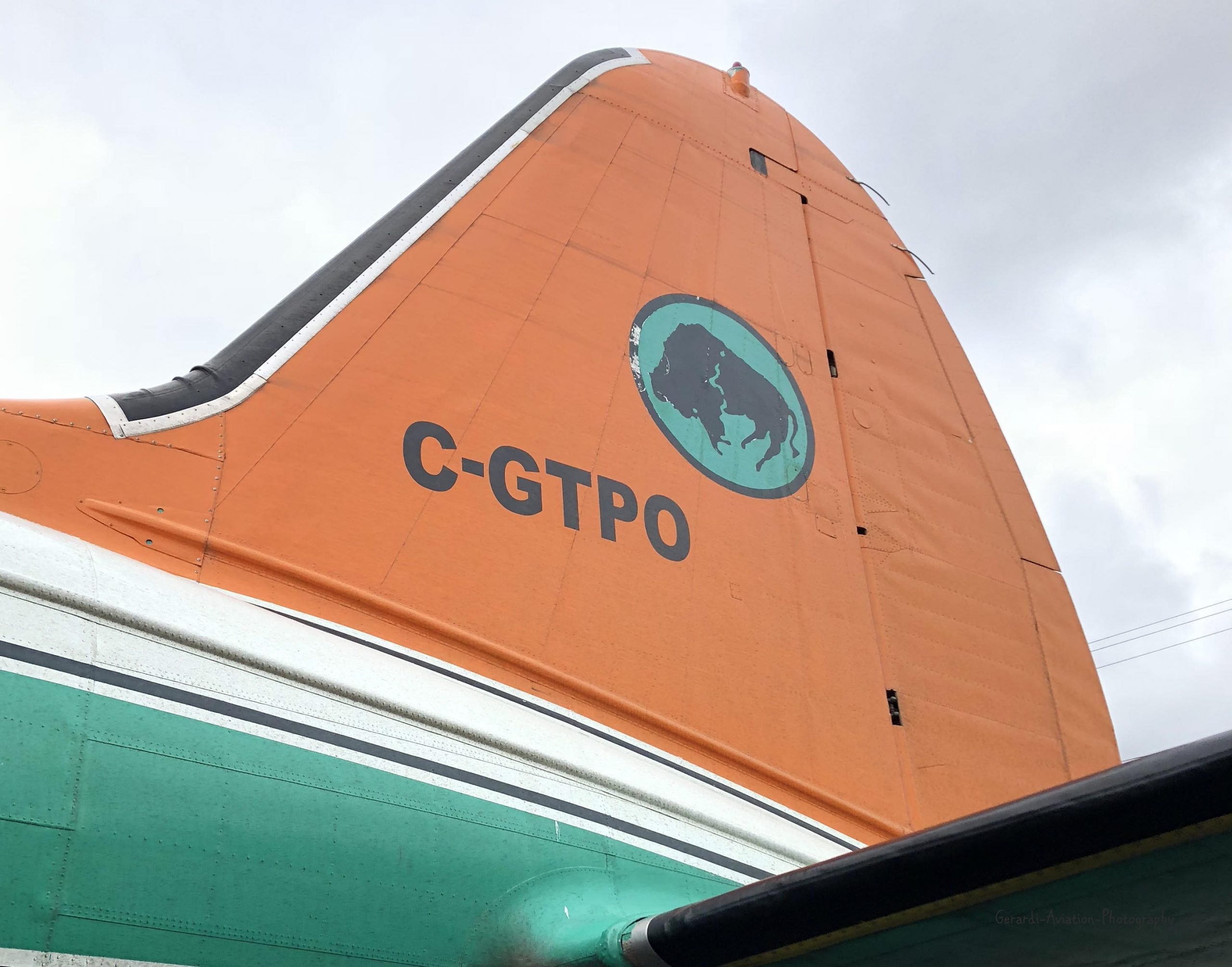 While in the hangar, it got a new paint job including an orange tail. Also included in the paint job are some recognizable movie characters.

On the right side of the aircraft, you’ll find Mickey Mouse, Pluto and Goofy. On the left side, you’ll find Marilyn Monroe, Humphrey Bogart, James Dean and Elvis Presley. 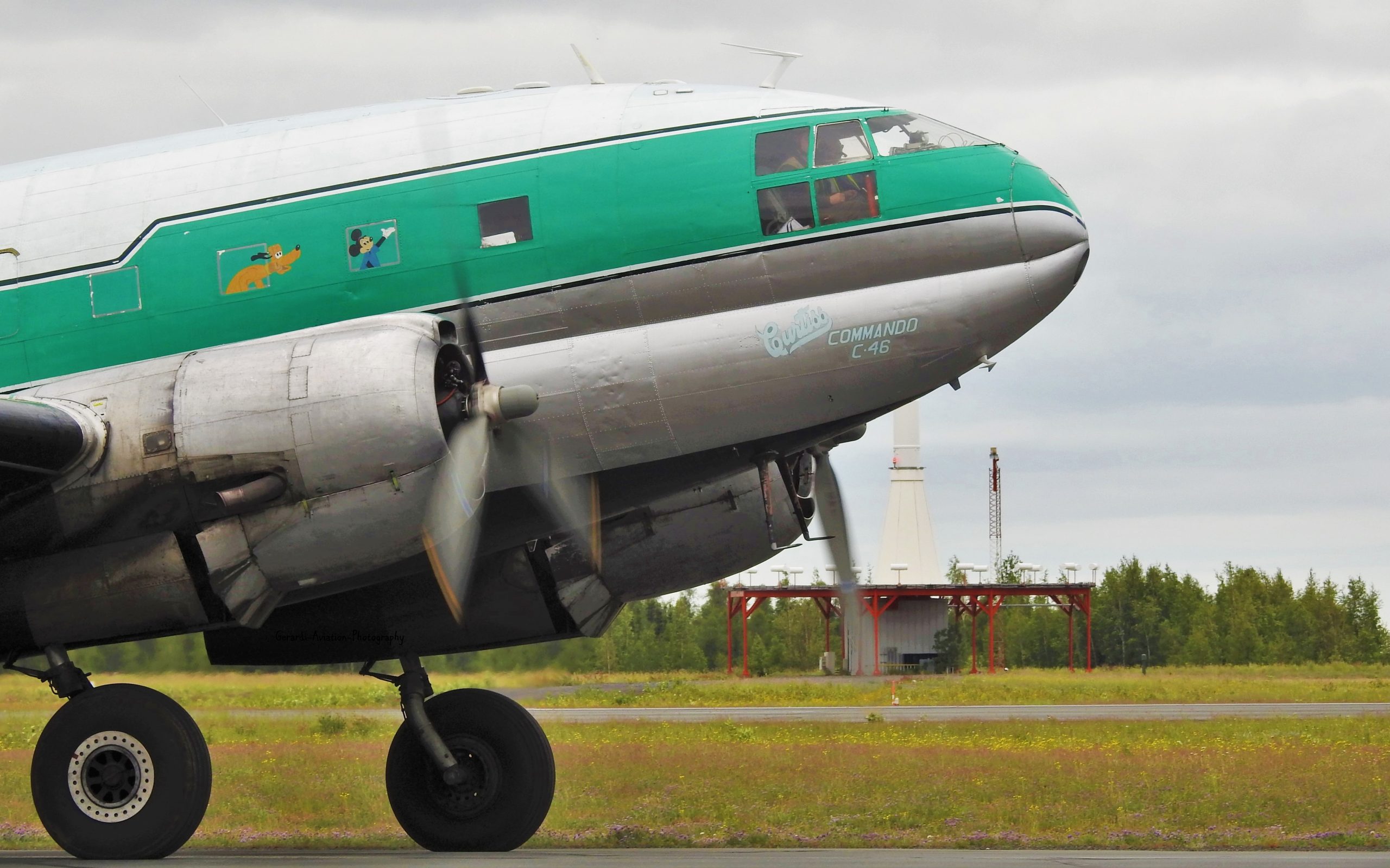 The right side of C-GTPO, visible on the side are Disney characters Mickey Mouse and Goofy the Dog (Photo: AirlineGeeks | Joey Gerardi)

Then on January 16, 2018 the aircraft took her first trip after spending years in the hangar. 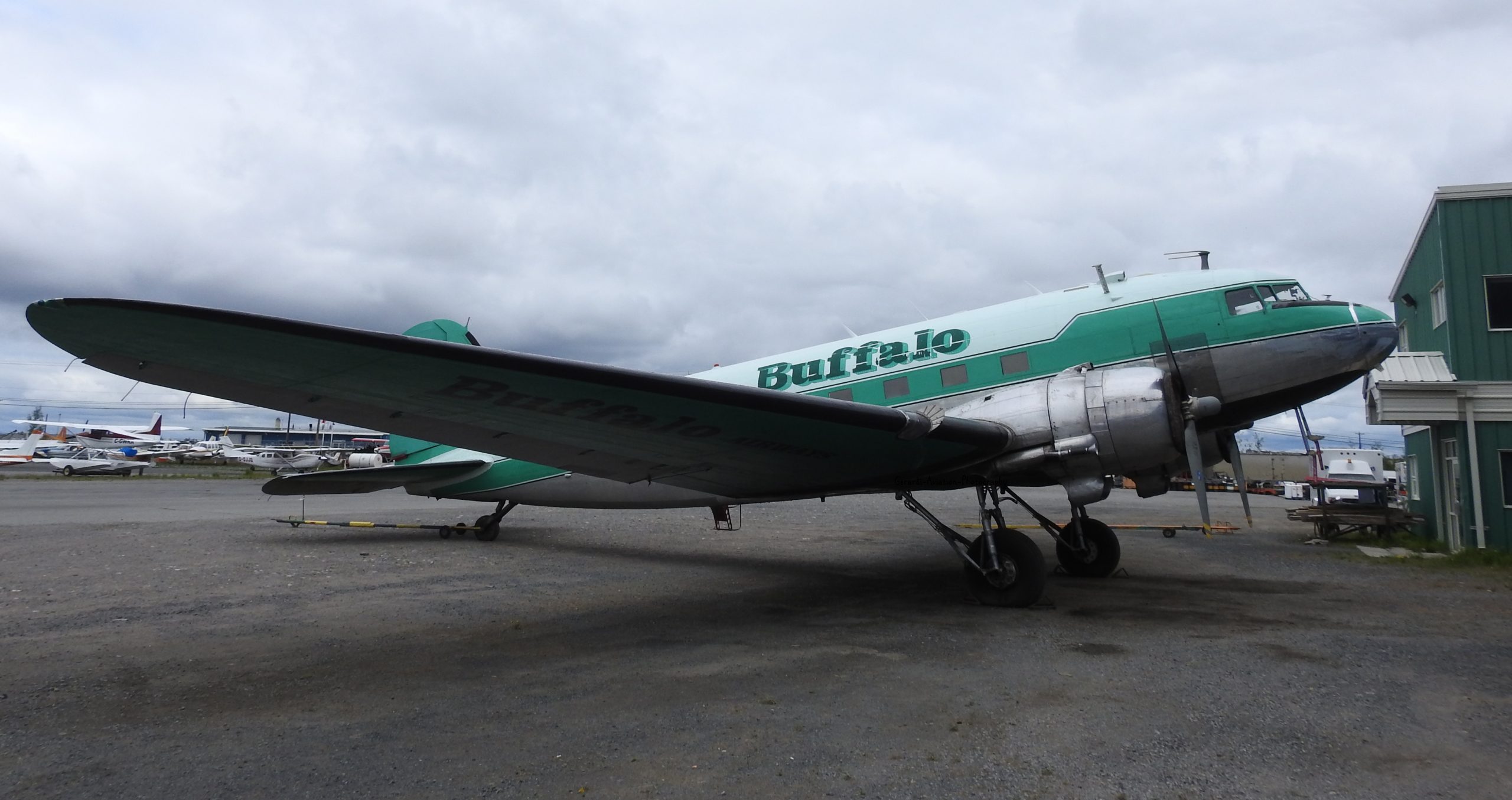 This aircraft is the Douglas DC-3, a very versatile aircraft that can be outfitted with wheel skis for operations on unprepared snow-covered lakes in the far north of Canada. The Ice only needs to be 20-inches thick in order for the DC-3 to land successfully and it can take-off and land in only 2,500-feet.

This aircraft has also been used to operate scheduled passenger services by the carrier between Yellowknife, N.W.T. and Hay River, N.W.T. located on the other side of Great Slave Lake.

A Buffalo Airways DC-3 outside the hangar in Yellowknife (Photo: AirlineGeeks | Joey Gerardi)

This specific aircraft was built in 1942 in Oklahoma City, Okla. and began service with the United States Air Force. The history between 1942 and the mid-’90s is unclear but was delivered to Buffalo Airways in February of 1995.

This is the second Curtiss Commando C-46 in the Buffalo fleet, which began service also with the United States Air Force but began flying five-months earlier than the carrier’s other aircraft, in February 1945.

C-FAVO found itself operating with 12-different airlines and operators between the years of 1945 and 1994 including German-based Lufthansa for a short five-year period.

Unlike the carriers other C-46, this one still has a green tail. This aircraft also features the Lufthansa crane logo on the nose of the aircraft from when it operated for the carrier between 1964 and 1969, making this the last Lufthansa 1960s logo in the skies today. 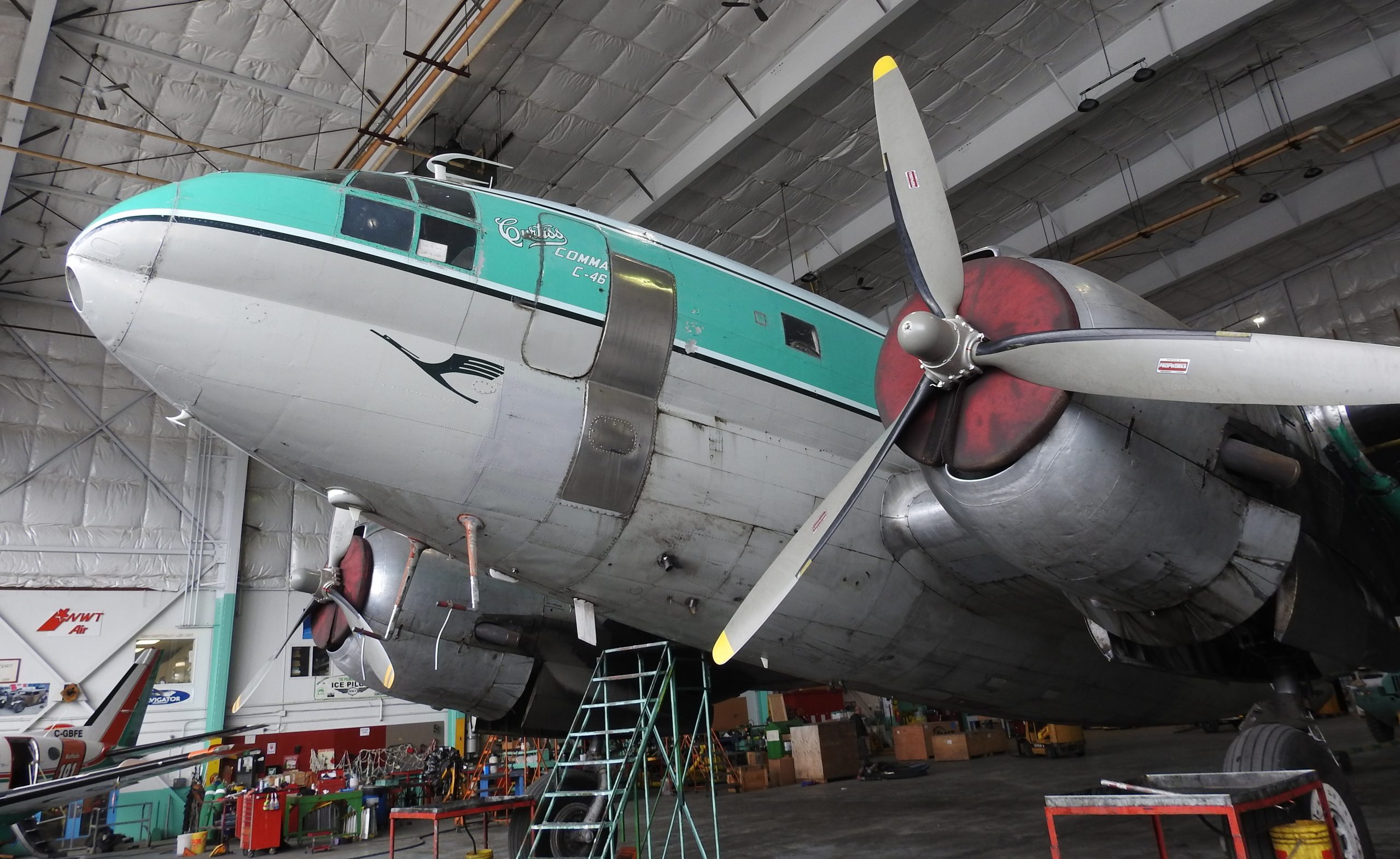 This next aircraft isn’t used for freight or passenger flights but is instead flown by the employees of Buffalo. 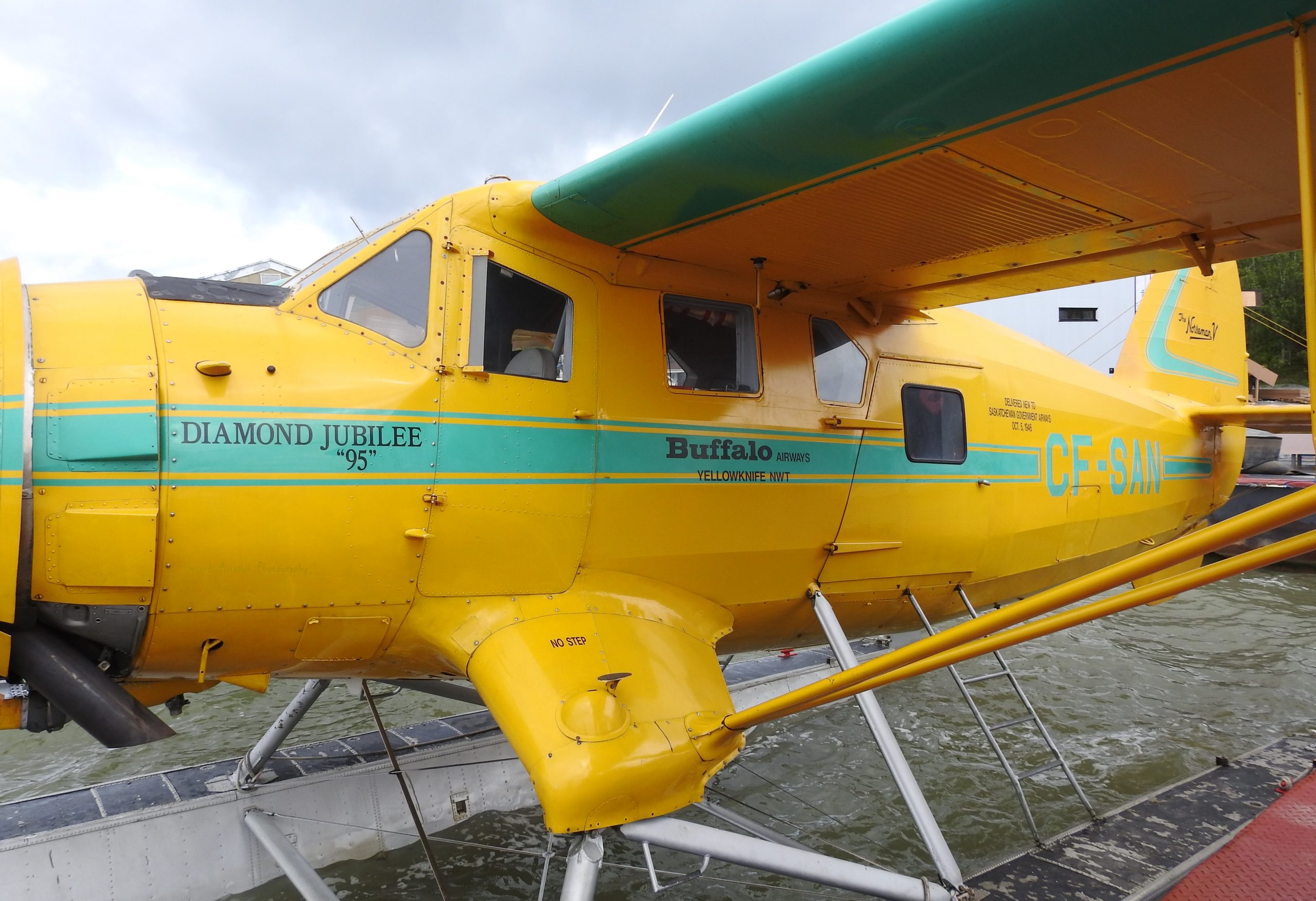 CF-SAN is a Noorduyn Norseman V on floats that was delivered new to Saskatchewan Government Airways on October 5, 1946.

This particular aircraft was one of the stars at the Norseman “Diamond Jubilee” festival in 1995 and is now privately registered to one of the owners of Buffalo Airways.

This aircraft is a Lockheed L-188 Electra Freighter and has the largest cargo capacity of any aircraft in the Buffalo fleet as it can hold up to 33,070lbs of cargo. 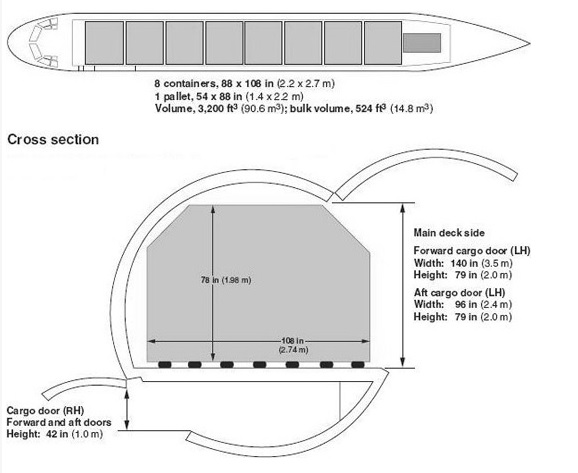 C-LOFC has a very rich history operating for nearly 20 airlines before finding its way to Yellowknife and is one of the newest aircraft to join the fleet. The aircraft was delivered to American Airlines on October 22, 1959 with the registration N6123A and held the title “Flagship Nashville.”

For most of its early years, the aircraft operated for companies based in the United States or the Caribbean, until 1995 when ownership was transferred to United Kingdom-based Air Atlantique.

The aircraft continued to fly for U.K.-based companies for the next 18-years until 2013 when the aircraft was bought by the carrier from Atlantic Airlines.

On April 27, 2013 C-LOFC received a water-cannon salute as it departed Coventry, England as it was the last airworthy Electra in all of Europe. 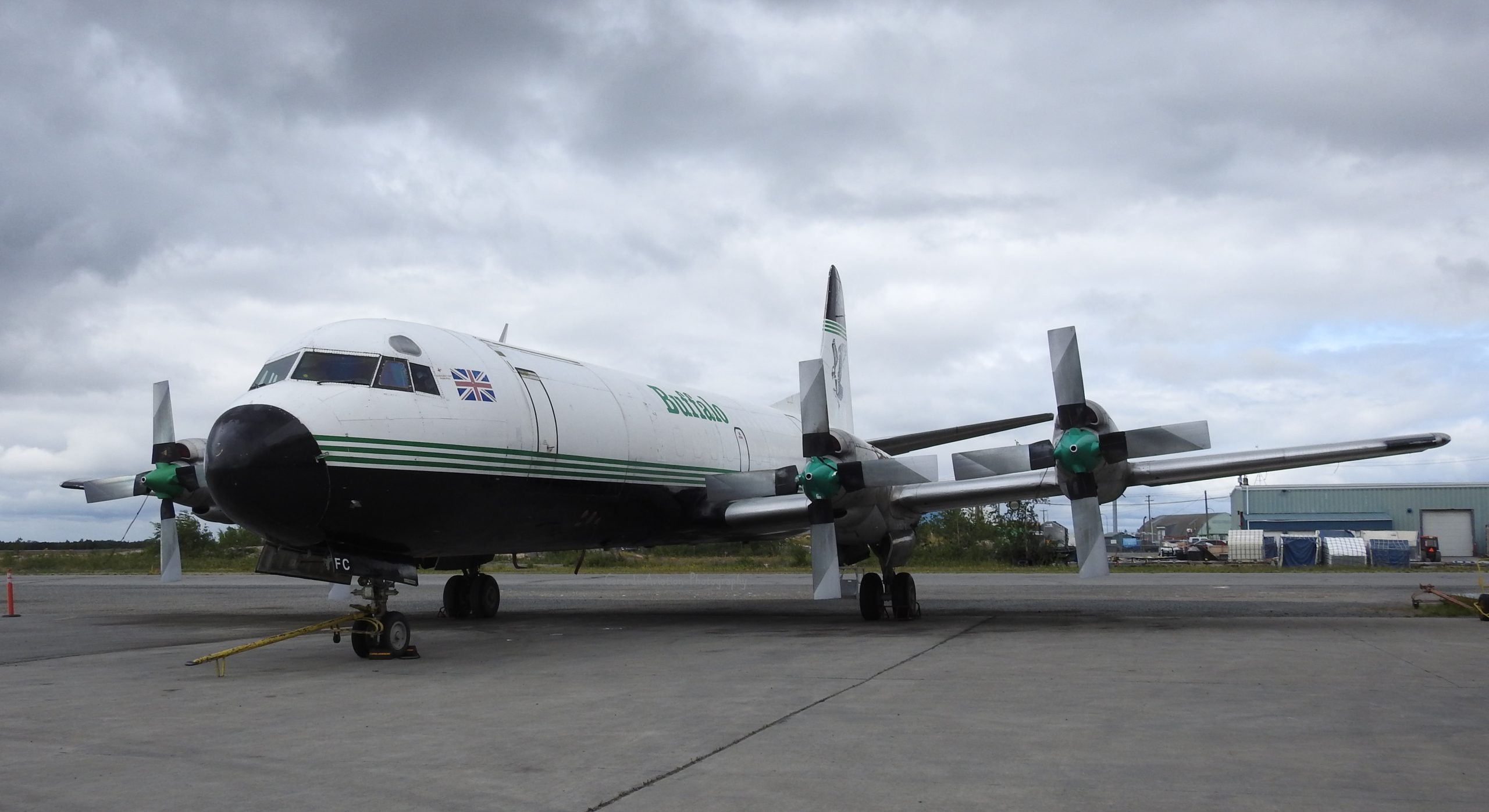 A side shot of the L-88 Electra, where you can see the logos of the former carrier and the U.K. flag (Photo: AirlineGeeks | Joey Gerardi)

The Atlantic Airlines tail logo, color scheme, and United Kingdom flag still all remain on the aircraft. The only noticeable difference in appearance since the former’s operations is the name “Buffalo” across the top of the fuselage.

The aircraft is powered by four Allison-501 engines that are each rated at 3,750-eshp or “equivalent shaft horsepower”. 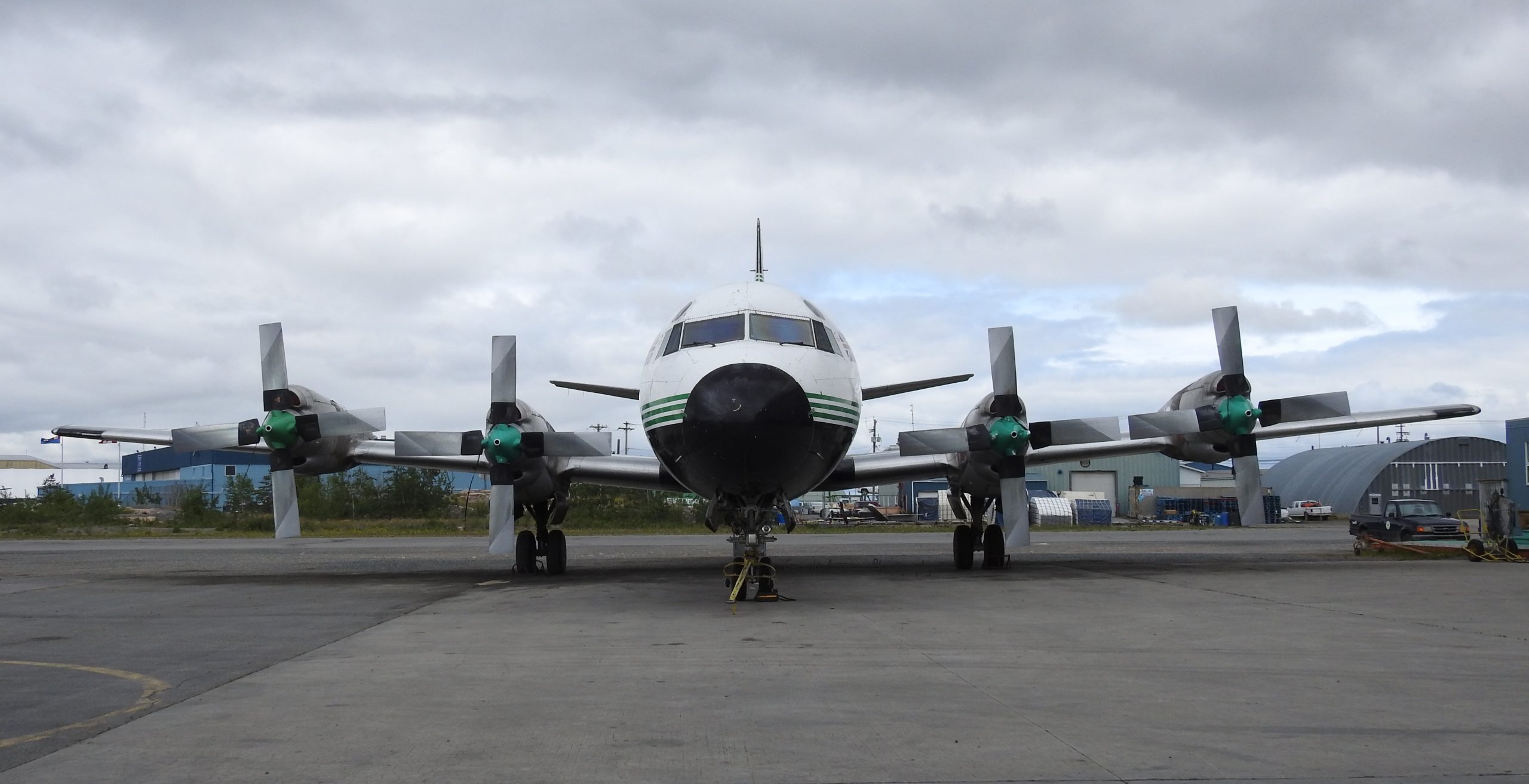 Looking down the nose of the Lockheed L-88 Electra (Photo: AirlineGeeks | Joey Gerardi)

Anyone can book a tour of the Buffalo Airways hangar in Yellowknife, N.W.T. The tours are free but must be made ahead of time. While the tours may be free, getting to the far northern city won’t be, but it is worth the trip.