In many industries, it is common for testing to occur before implementing something in market. Think of the very well-documented three-phase testing regime that the COVID-19 vaccines went through in 2020 or video game firms, which have a “public testing region” in which they will implement character balancing changes and expansions before allowing the masses to use them on a daily basis.

For airlines, however, the ability to do a “dry run” before fully integrating a route into their schedules has never really been an opportunity because of the capital and time investment required across the board.

However, if COVID-19 has taught us anything, it is that flexibility is key for the airline industry, and the previous calendar year has given airlines plenty of time to trial run new routes targeting leisure markets.

With years’ worth of airline revenue and passenger statistics being null and void as the balance between business and leisure travelers has drastically changed in the current environment, airlines have taken note and pushed more leisure routes to win over the one segment of the American public still flying.

As a result, what was once considered outside the realm of possibility has happened, and decisions that would have taken years to come to fruition have been brought forward. This has taken varying forms, such as small airports being given multiple competing airlines or a legacy carrier giving a non-hub route a chance to prove itself.

Under the current environment, the global trend-breaker has resulted in long-time models of consistency and previous statements falling apart as airlines chased valuable passenger revenue throughout 2020. Since the pandemic changed the landscape, Southwest Airlines has pushed new routes and added service to a mix of cities, including Chicago, Houston, Montrose, and Steamboat Springs. 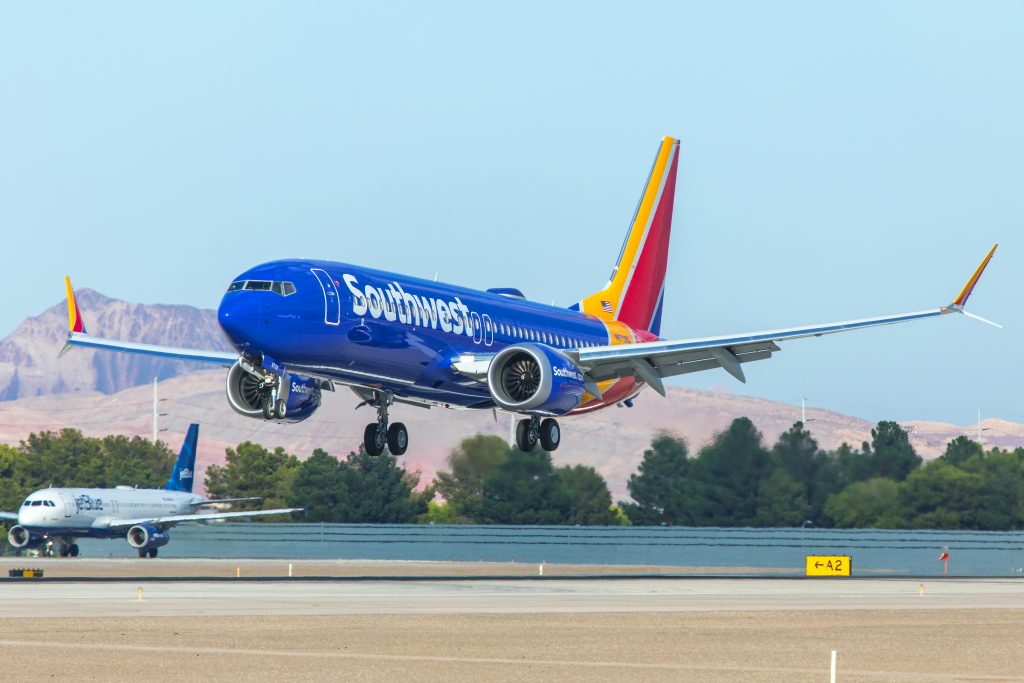 A Southwest 737 MAX 8 over the threshold in Las Vegas. (Photo: AirlineGeeks | William Derrickson)

Southwest had long utilized the secondary airports of Houston’s William P. Hobby Airport and Chicago Midway International Airport but saw the opening created at O’Hare International Airport and George Bush Intercontinental/Houston Airport as a chance to compete for passengers on the opposite side of the city while maintaining the focus city structure at the secondary airports.

Furthermore, Southwest put more faith in smaller markets, with previously stagnant markets like Wichita and Grand Rapids suddenly landing new routes from the Dallas-based carrier as aircraft that were once needed on business-heavy routes were being shifted into markets targeting states with lighter lockdown rules. Southwest will continue its experimentation in small markets, with Jackson, Miss.; Bozeman, Mont.; Myrtle Beach, S.C.; Destin, Fla.; Eugene, Ore. and Fresno, Calif coming online in the summer of 2021.

Low-cost carriers thrived in the leisure-backed market. Airlines like Spirit and Frontier packed the leisure markets and pushed into new ventures. Frontier, for example, will add its first flights to San Jose, Costa Rica and St. Maarten in 2021, with Orlando and Miami being the links for both markets. These new markets come as the Colorado-based airline has announced wave after wave of new routes, with the latest including new 32 routes and new eight markets in a two-week window which includes reestablishing flights to cities like Anchorage and finding seasonal gaps in Floridian and Caribbean markets. 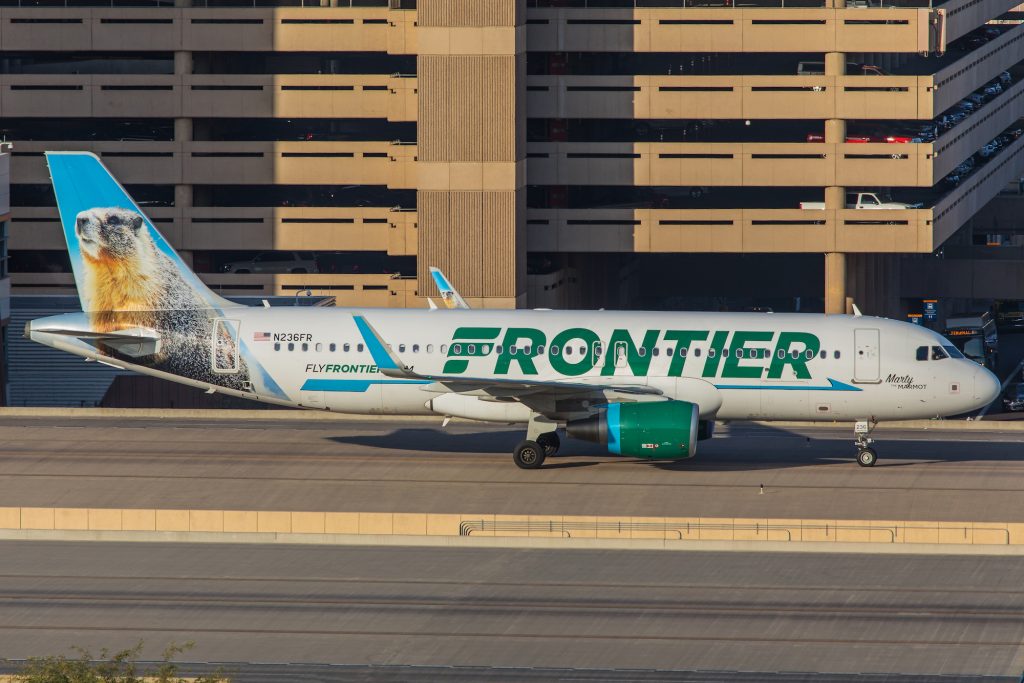 A Frontier A320 in Phoenix (Photo: AirlineGeeks | William Derrickson)

Allegiant has also pushed for new routes, with 34 coming this upcoming summer alone. As a result of this, statistics by the Bureau of the Transportation of Statistics and compiled by SimplyFlying would show that ultra-low-cost carriers actually added more summer capacity in 2021 compared to their 2019 versions, with every other airline still showing decreases in supply in the current market.

Legacy carriers have kept smaller Embraer and Bombardier models going with new markets from non-hub cities. United is placing Bombardier CRJ-550s that had previously operated as premium business traveler regional jets in the upper Midwest on new services from cities like Milwaukee, Pittsburgh and St. Louis to destinations in the south, predominantly Charleston; Hilton Head, S.C. and Pensacola, Fla.

Similarly, American is deploying Embraer ERJ-175s from Orlando, where the airline is expected to launch flights on June 5 to eight new cities. These routes are non-hub destinations, with cities including Birmingham, Ala.; Dayton, Ohio; Indianapolis; Louisville, Ken.; Memphis, Tenn.; Nashville; Pittsburgh and Raleigh, N.C.

And it’s not just Orlando that has benefited. American’s CRJ-900s are now more common in smaller Florida airports like Daytona Beach and Melbourne, which have benefited from new flights to Dallas and Philadelphia on top of existing Charlotte services.

And this all comes as some regional routes still remain disconnected. Columbia, Miss., for example, has yet to see United and American return to their full route maps in the wake of the March 2020 fallout. American has left what was once multiple CRJ-700 flights to Chicago on the table as it prioritized the more utilized Dallas route. Meanwhile, United has yet to return the Denver to Columbia route that was seen as a huge bridge from the Missouri town back in 2017 as they carry the Chicago banner for the town right now. 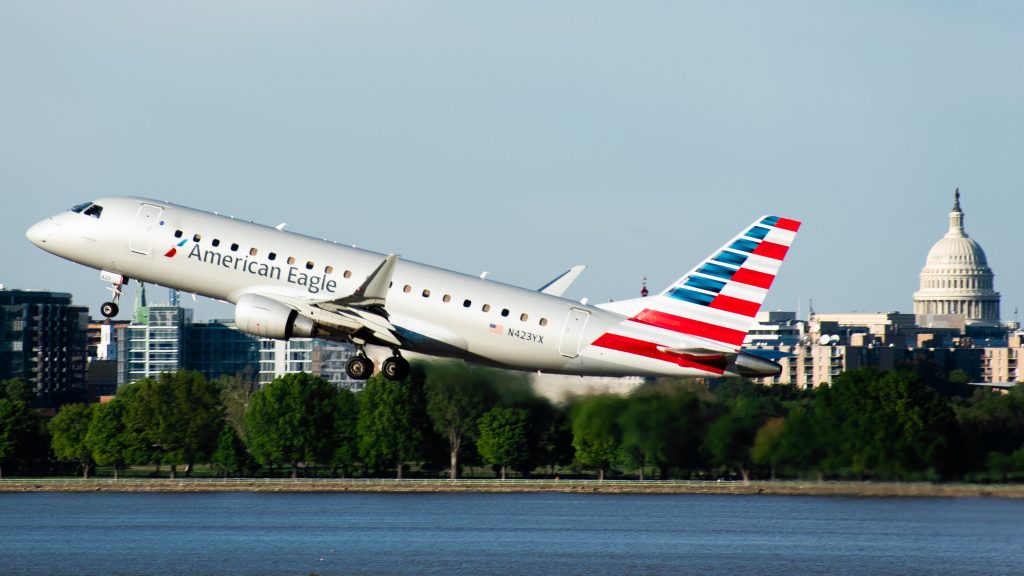 And these service suspensions have had an effect on the airline route map as well. American suspended Joplin’s Chicago route when the pandemic hit in early 2020 and had not planned to restart the struggling city pair in favor of maintaining Dallas service. Joplin, an Essential Air Service city, requested that SkyWest and United Express take over for American starting the next contract cycle on June 1 as the new deal promised to reinstate the route alongside flights to Denver and Houston.

Adjusting to a more leisure-dominated market, widebodies that had previously taken flight to Europe on a daily basis were pushed onto domestic routes as airlines added capacity in peak travel seasons. For example, American had operated Boeing 777-200s from hubs in New York and Dallas to leisure destinations including Cancun, Miami and Orlando during the winter holiday window. To supplement these flights, the new Airbus A321LRs that were intended for flights to Hawaii became Gulf of Mexico-going aircraft for the airline as Hawaiian borders were closed to leisure traffic.

Smaller airlines have not shied away from considering new markets either. Hawaiian launched flights from Honolulu to Orlando and Austin using Airbus A330s, with flights to Florida starting March 13 while Austin followed on April 22. Hawaiian further expanded with service to Ontario, Calif. starting March 17, this time using Airbus A321s for the service. Silver Airways expanded operations into Savannah, Ga., where the airline now flies its ATR aircraft to Tampa, Fla. and Fort Lauderdale.

With now over 40% of Americans receiving at least one dose of a COVID-19 vaccine, it is clear that the pent-up travel demand has resulted in airlines pushing more aircraft back into service as most carriers are anticipating having most of their fleets online as new routes will further help push leisure demand on passengers. United has gone a step beyond, launching routes specifically to countries welcoming vaccinated travelers. New routes this summer from Newark to Dubrovnik, Croatia, Newark and Washington, D.C. to Athens and Chicago to Keflavik, Iceland will target the countries that are opening borders to vaccinated travelers.

But for some cities and carriers, the pendulum has started to swing the opposite direction. British Airways has already informed Pittsburgh that pre-Covid-19 flights to London would not return, leaving the Appalachian town disconnected from Europe once again. Meanwhile, Cincinnati was hit with another wave of cuts that saw Baltimore, Raleigh, St. Louis and Philadelphia disappear and strip the “focus city” title from the Kentucky airport. Delta also planned to cut some services in Nashville and San Jose, Calif. as it works around a fleet that is 200 aircraft smaller than its counterpart from the beginning of 2020.

Now, airlines have begun to envision the post-pandemic environment and the groundwork of business travel has begun to be laid once again for higher-paying customers. American has decided that will require friends in familiar places, coming in the form of the Northwest Alliance with oneworld partner Alaska Airlines and the Northeast Alliance with JetBlue Airways. The latter alliance will come into full effect in 2022 with JetBlue unlocking new markets like Kansas City; Milwaukee; Asheville, N.C. and Vancouver. 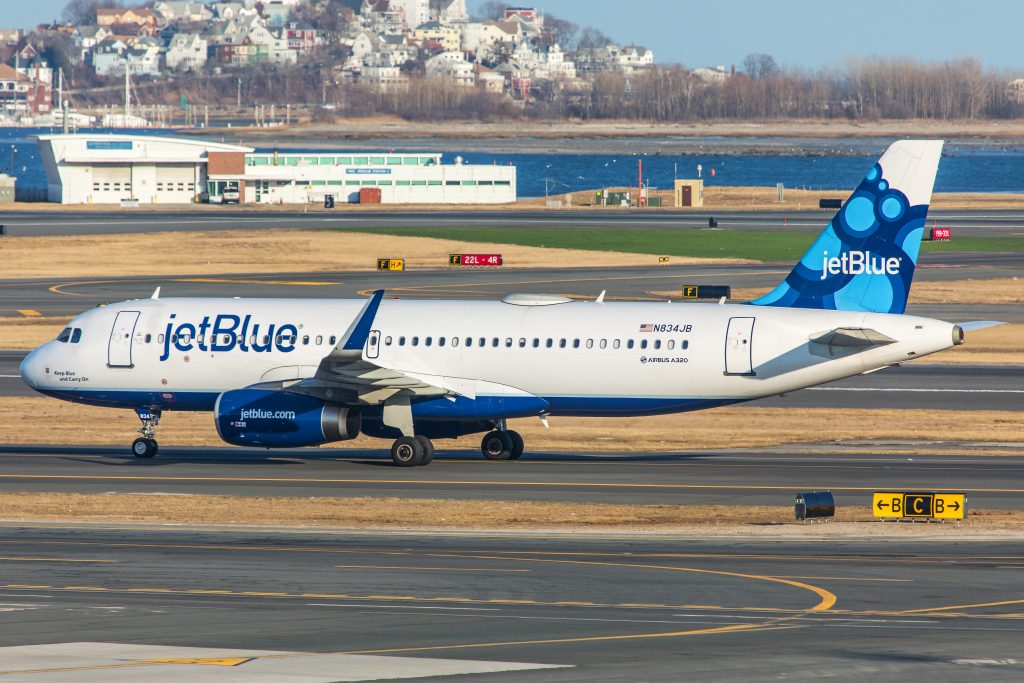 A JetBlue A320 in Boston. (Photo: AirlineGeeks | William Derrickson)

Delta is betting on growth through new aircraft and lounges, with the construction of a new Sky Club at Concourse D in Atlanta beginning soon signaling the return of business traffic. The airline has ordered additional Airbus A321neos and will continue to take hold of Airbus A220s and Airbus A350 XWBs over the next few years as it rebuilds from the fleet restructuring that is currently going on at the airline.

As a result of the market shift and massive decrease in flying from 2019 to 2020, a shakeup of the largest airports in the world saw leisure destinations make upward trajectories toward the top of the table. Miami and Orlando vaulted nine and five spots to number 36 and 26, respectively. Ft. Lauderdale would make its first appearance on the list of top 50 airports, taking advantage of lulls at more business heavy markets like San Francisco, New York’s John F. Kennedy International Airport and Newark as they collapsed into positions 43, 47 and 50.

The longevity of these routes will boil down to the reestablishment of America’s “pre-Covid-19” environment and the return of business travel. Most legacy carriers are working with smaller fleets than their previous iterations, with Delta operating as much as 200 aircraft fewer than they had in March 2020. And with some businesses skeptical if they can return to pre-Covid numbers in the new age of Zoom and Microsoft Teams, it is up to airlines to feel out the recovery of the market and adjust respectively.

But if the higher-paying passengers are returning, it will be up to each respective airline to determine if the seasonal and leisure-focused markets are worth holding onto as capacity might be needed elsewhere. While the future is far from certain, there is a high possibility that one or more of these routes will hold weight in the schedule for years to come and have the Covid-19 market to thank for giving them the chance to prove their worth.