Air travel exceeded pre-pandemic levels for the first time on July 1, when 2,147,090 passengers were screened at TSA checkpoints around the U.S. This represents a 58,330 person increase from July 1, 2019.

On the same day that air travel returned to 2019 levels, Taos Air returned to the skies for the first time in over a year. The New Mexico-based public charter airline resumed non-stop service from Taos, N.M. to Austin, Dallas-Love Field, San Diego-Carlsbad and Los Angeles-Hawthorne after a hiatus due to the pandemic.

Taos Ski Valley, a New Mexico ski resort, started Taos Air in 2018 because the region lacked air service to any major nearby airports. The airline commenced operations one year after Taos Regional Airport completed construction of a new 8,000-foot runway (13/31) which could accommodate larger aircraft. Prior to the arrival of Taos Air, most people traveling to visit the Taos ski resort and village had to fly into Albuquerque or Santa Fe and drive the rest of the way.

The return of Taos Air marks a renewed opportunity for aviation enthusiasts to catch a ride on one of the airline’s two rare 30-seat Fairchild Dornier 328JET aircraft. The airline’s public charter flights are operated by Advanced Air, the same company that operates Surf Air’s Pilatus PC-12 flights.

Between now and the end of September, Taos Air will offer 26 departures from each of its four destinations. A total of 3,328 seats will be available to the northern New Mexico city, about 65% of the seat capacity offered during the Winter 2019 season. The airline’s Winter 2021 schedule has yet to be announced, but it may include additional destinations or frequencies based on increased domestic travel demand.

During the airline’s inaugural operating winter season, I took a flight onboard Taos Air from Austin to Taos, marking my first flight onboard a Dornier 328JET and my first visit to New Mexico. Similar to JSX, Taos Air operates from Fixed-Base Operators. The airline pitches its flying experience as more convenient since passengers can skip the airport terminals, TSA lines and access easier parking options. 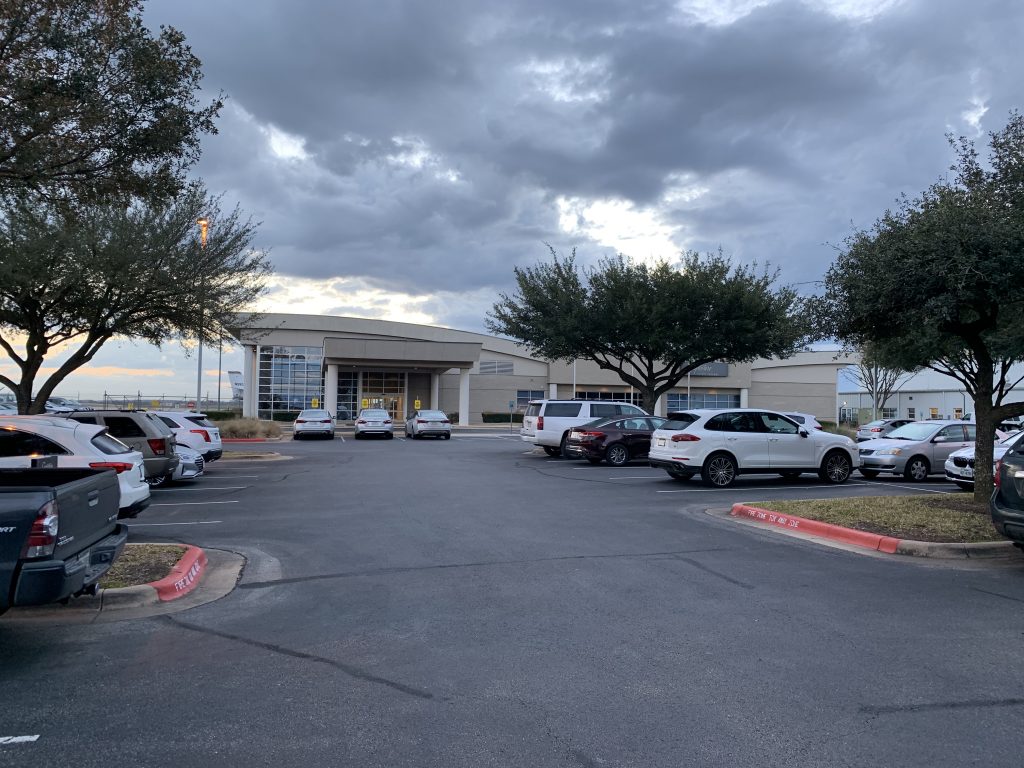 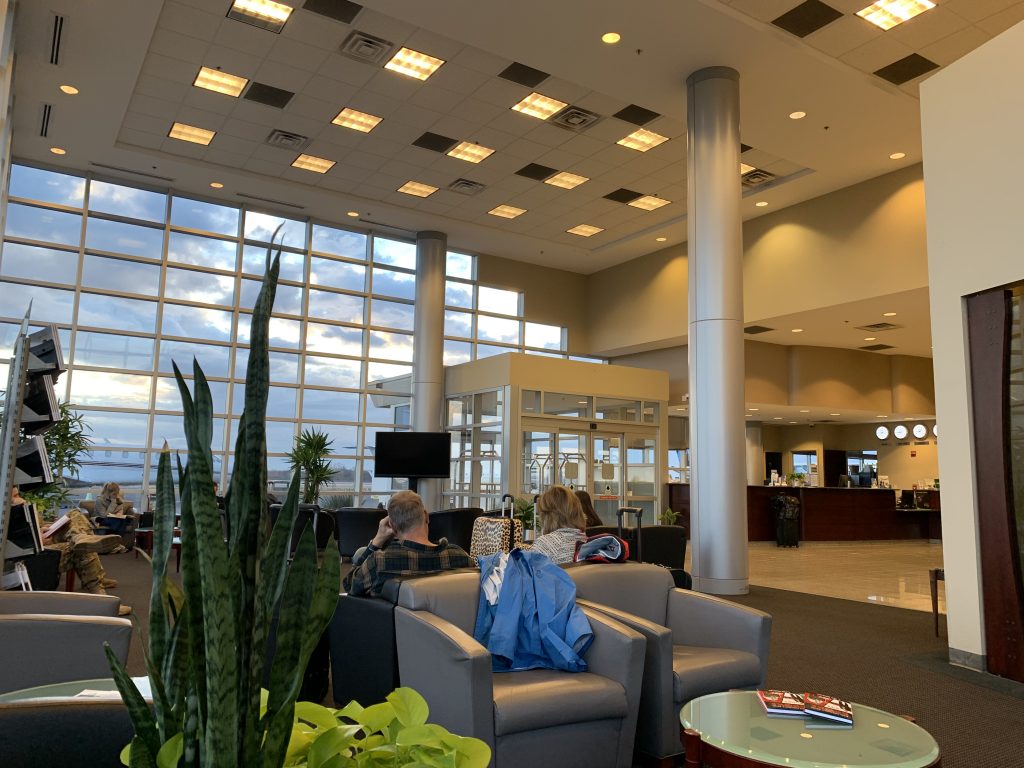 In Austin, Taos Air flies from the Signature Flight Support FBO. Upon entering the terminal, I verified my name and confirmation number with the passenger list for the day’s flight, and I was checked in.

As soon as the aircraft was ready for departure, we were escorted onto the ramp and to the aircraft. Within minutes, skis were loaded up, the pilots had briefed us on the flight plan, the flight attendant gave a safety demonstration and we were on our way to Taos. 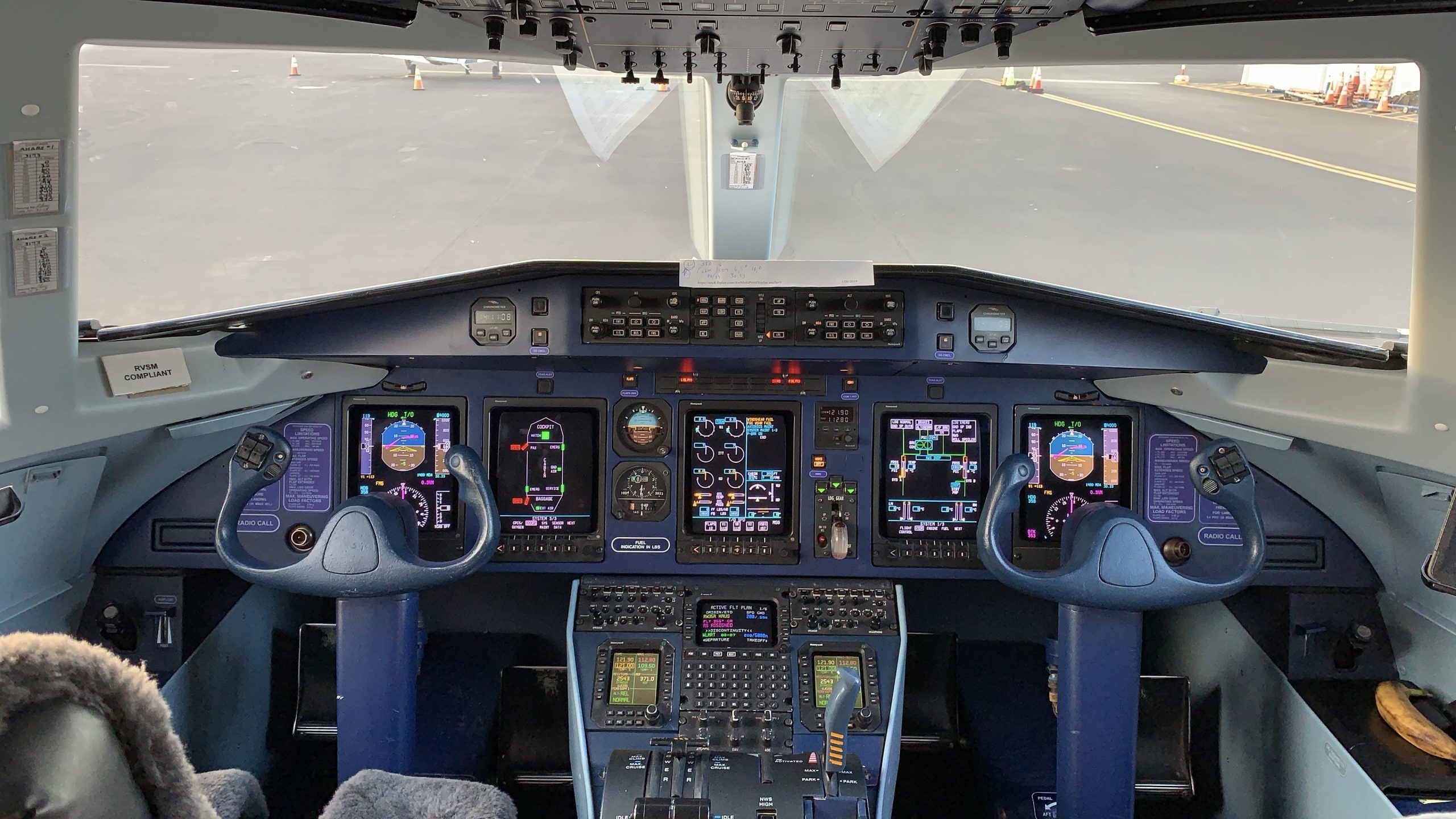 Inside the cockpit of a Dornier 328JET. (Photo: AirlineGeeks | Mateen Kontoravdis)

When I flew with the airline, flights were operated by Ultimate Air Shuttle. Since then, Taos Ski Valley has purchased two Dornier 328JETs that Advanced Air now operates for them. 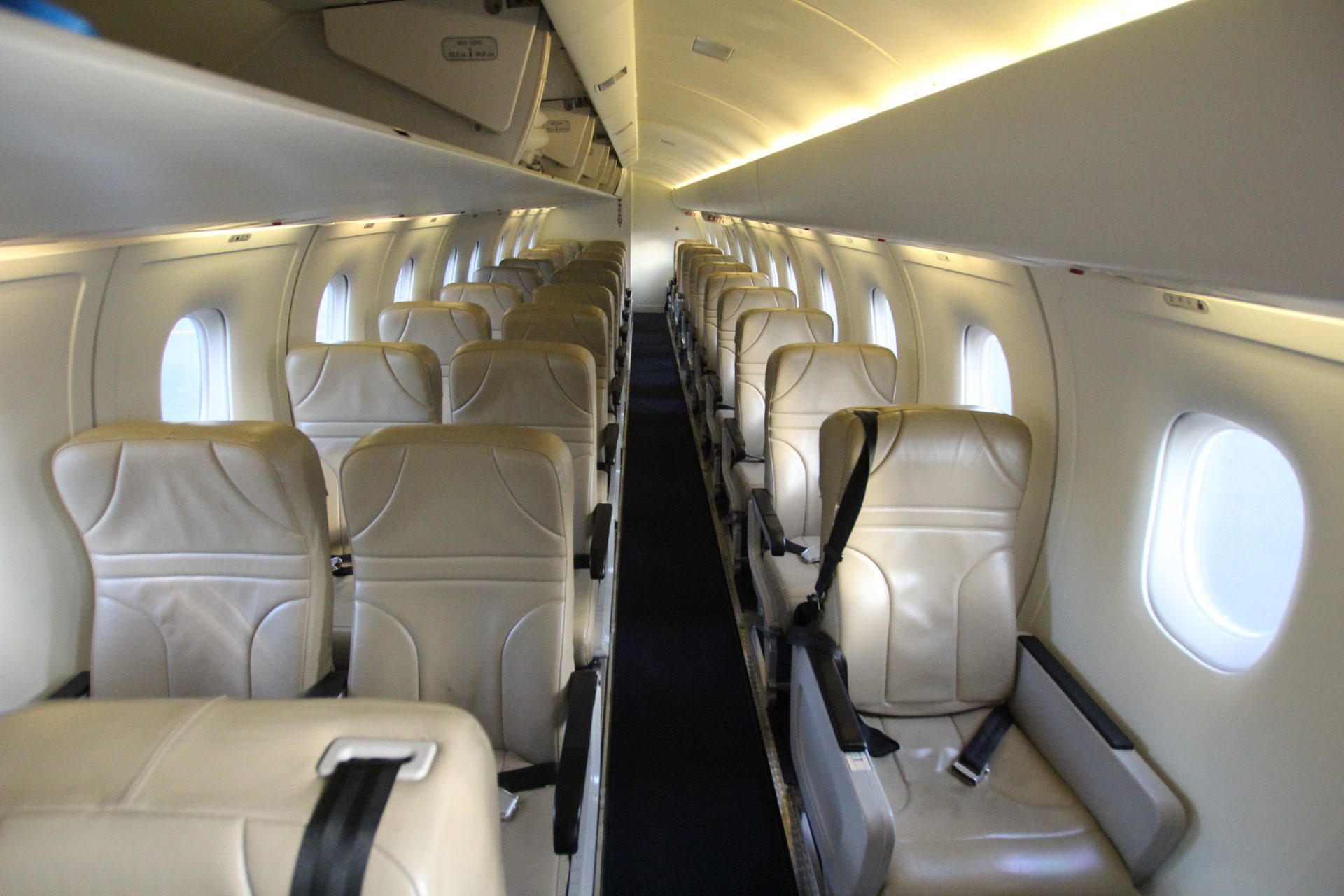 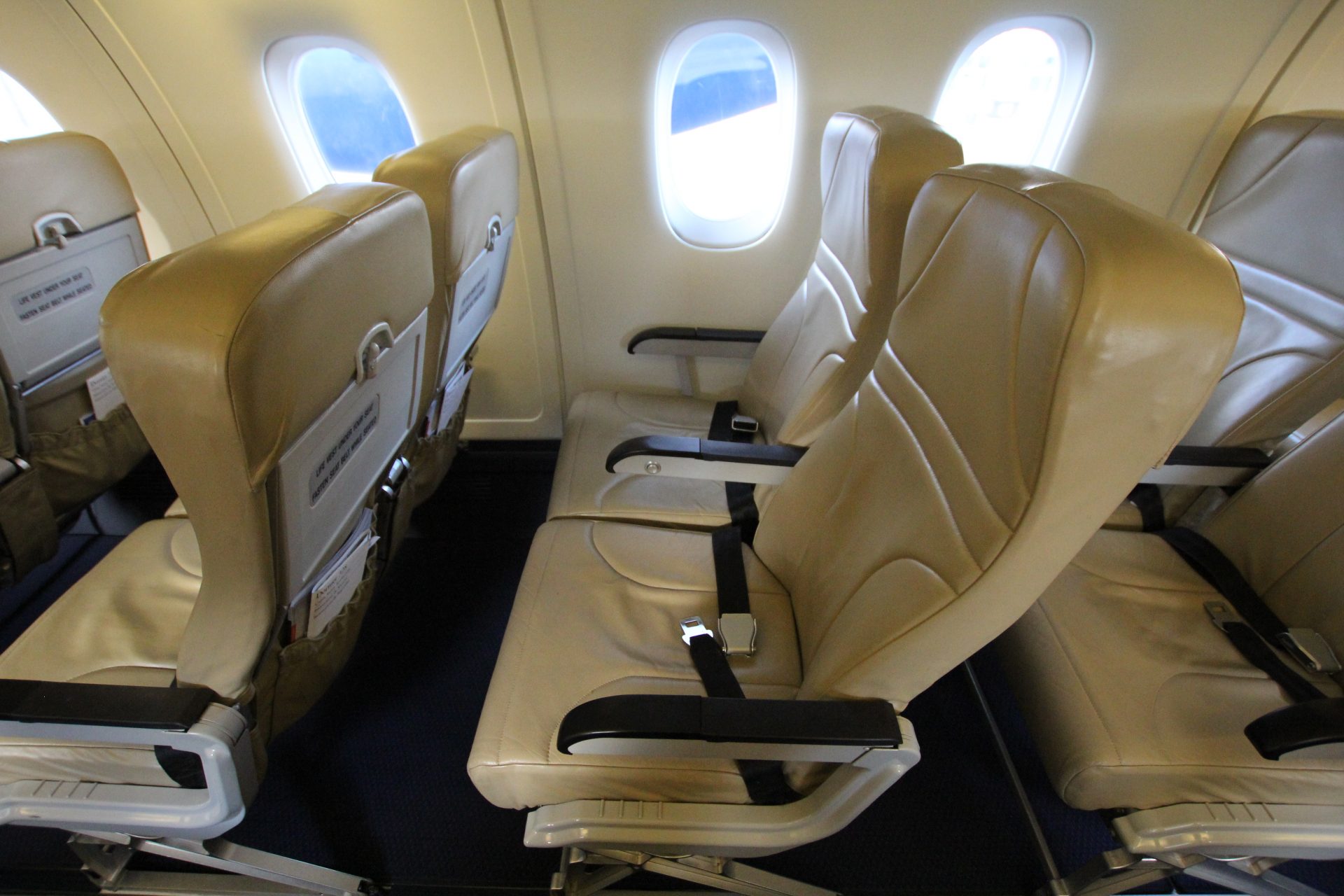 Onboard, the aircraft features a spacious 1-2 configuration, with well-padded beige seats and above-average legroom. Each seat also has a copy of the Discover Taos magazine – making Taos Air one of the last U.S. airlines to offer inflight magazines to its passengers. 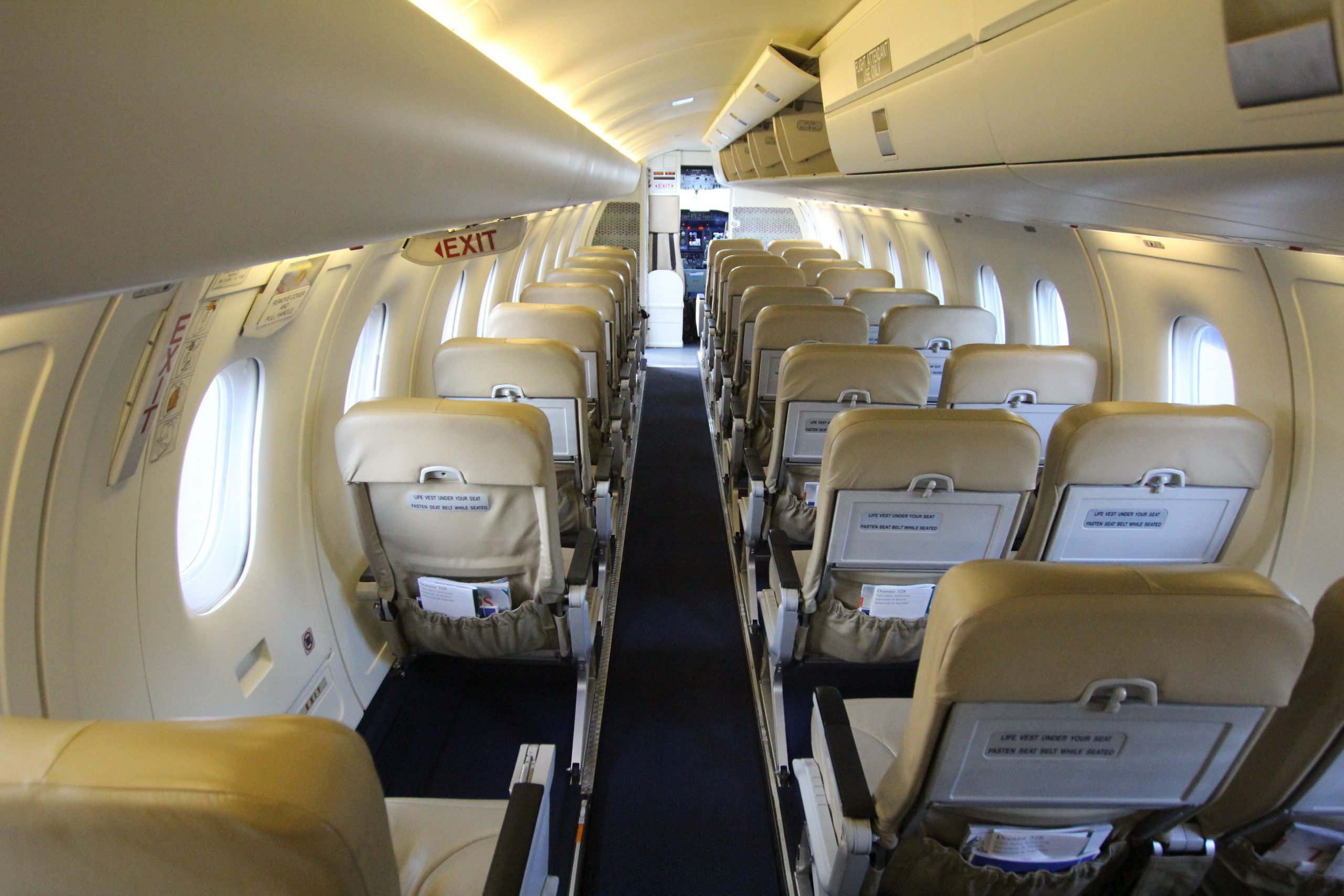 The aircraft has one lavatory in the rear of the cabin and a small galley for in-flight services. When I flew with Taos Air, there was a robust selection of snacks and drinks being offered. It is unclear if the airline has amended its inflight service as a result of the ongoing pandemic. 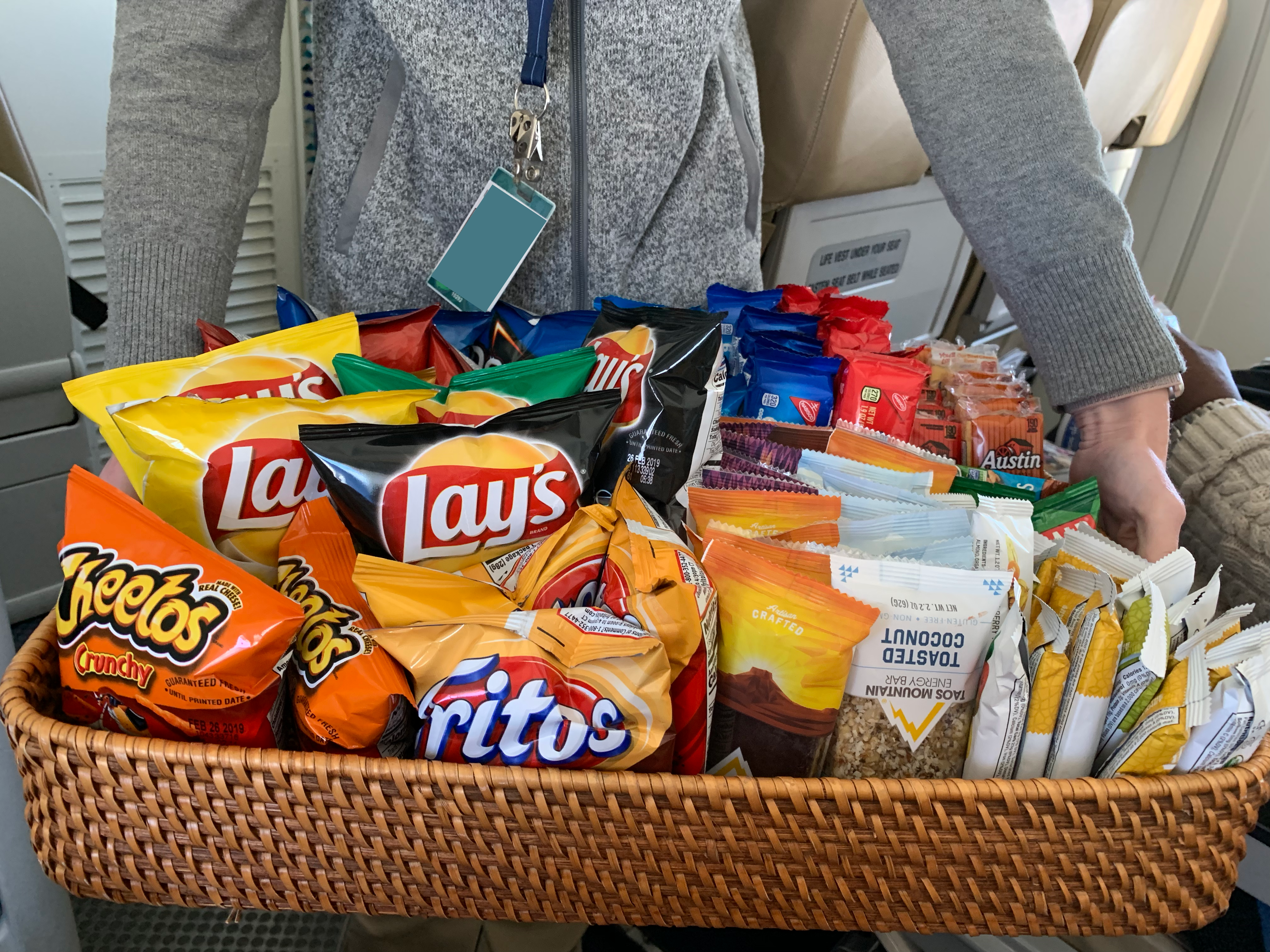 There were lots of snacks and drinks on offer during the short flight. (Photo: AirlineGeeks | Mateen Kontoravdis)

There are no paxex-focused amenities such as Wi-Fi, power outlets or inflight entertainment onboard the Dornier 328JETs. I did not see this as a problem, though, given that this was a sub-two-hour flight. 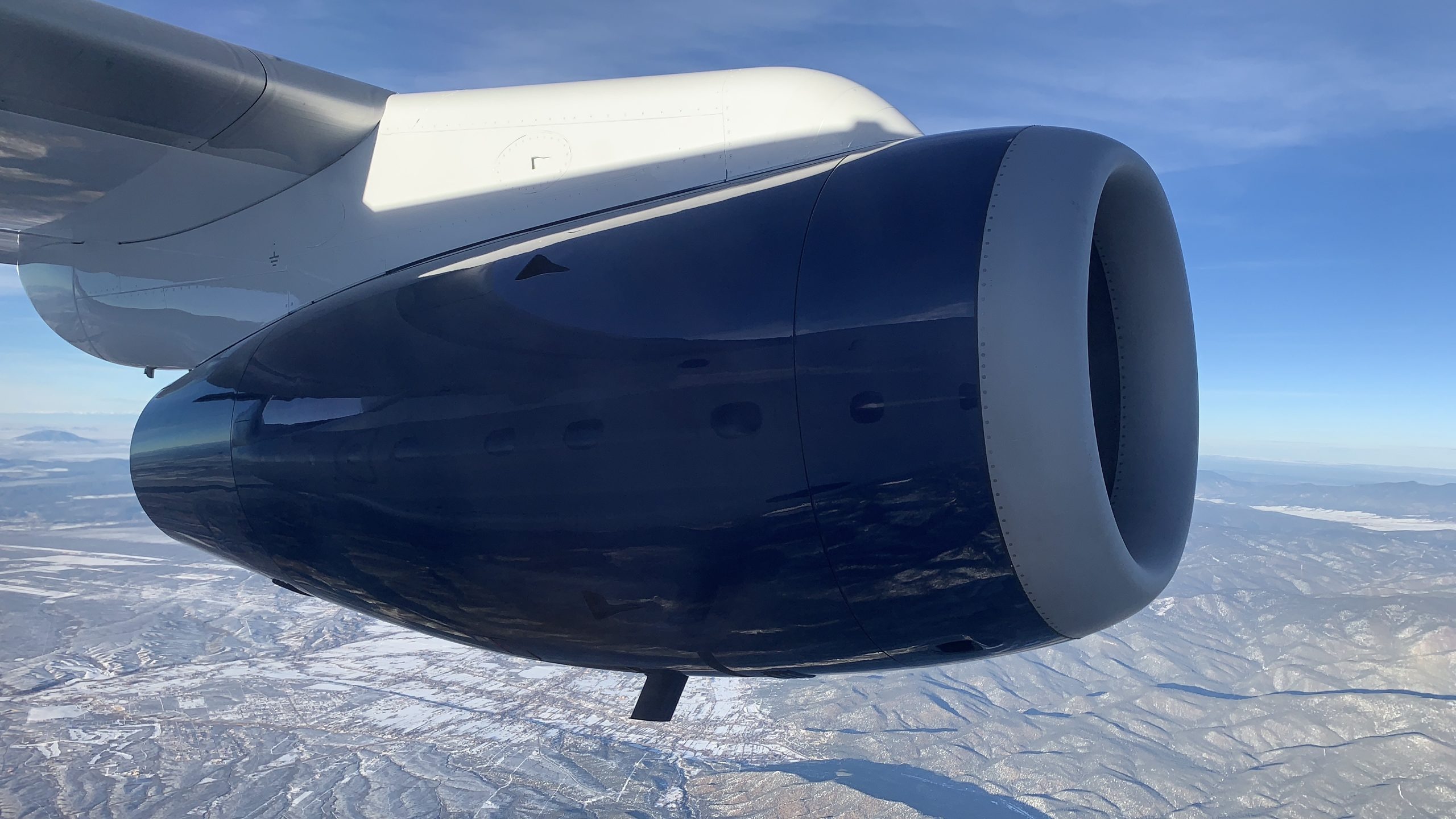 Inflight view onboard the flight from Austin to Taos. (Photo: AirlineGeeks | Mateen Kontoravdis)

The views throughout the flight did not disappoint, especially as we approached the beautiful Taos region. The aircraft also features large windows, a big plus for avgeeks. 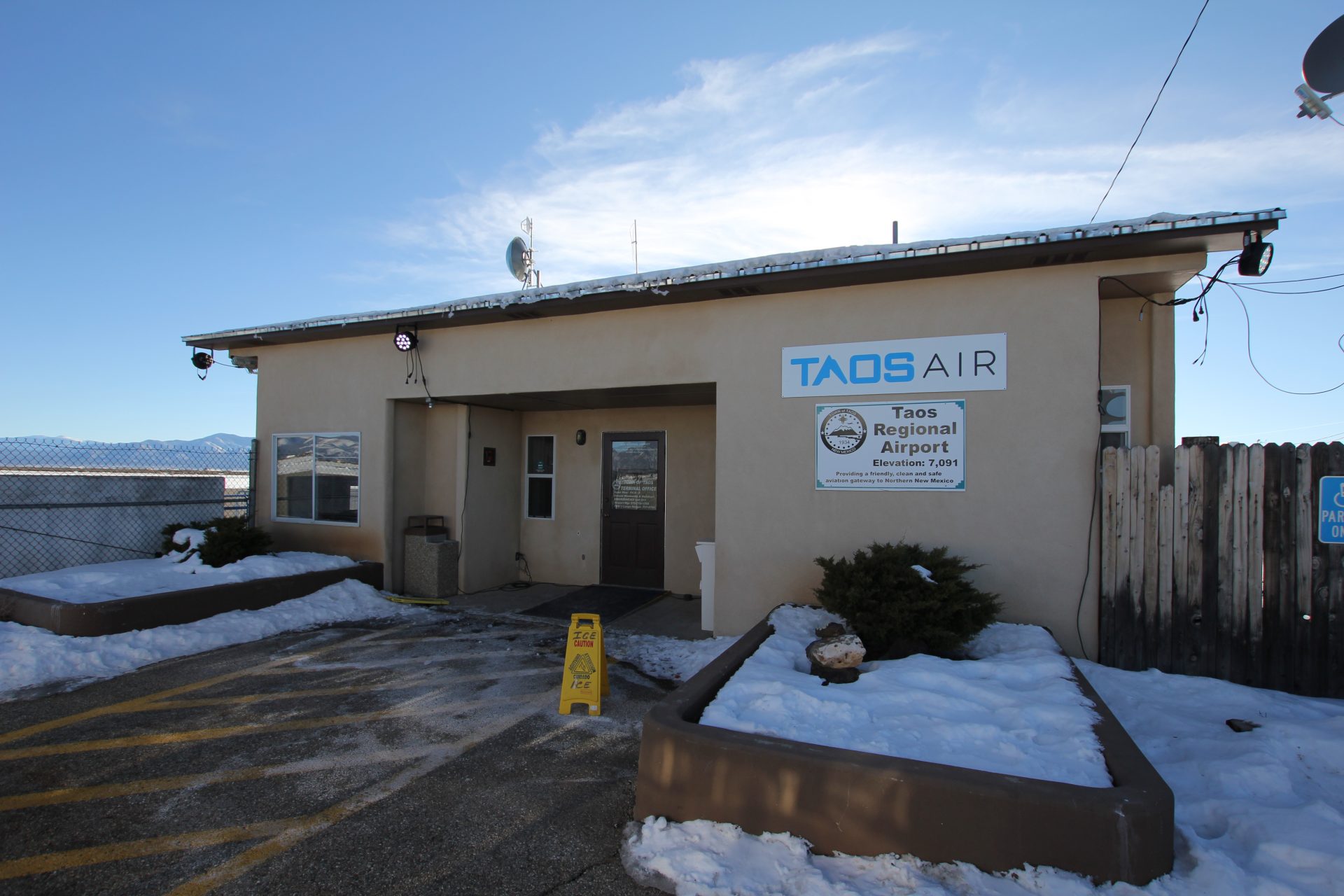 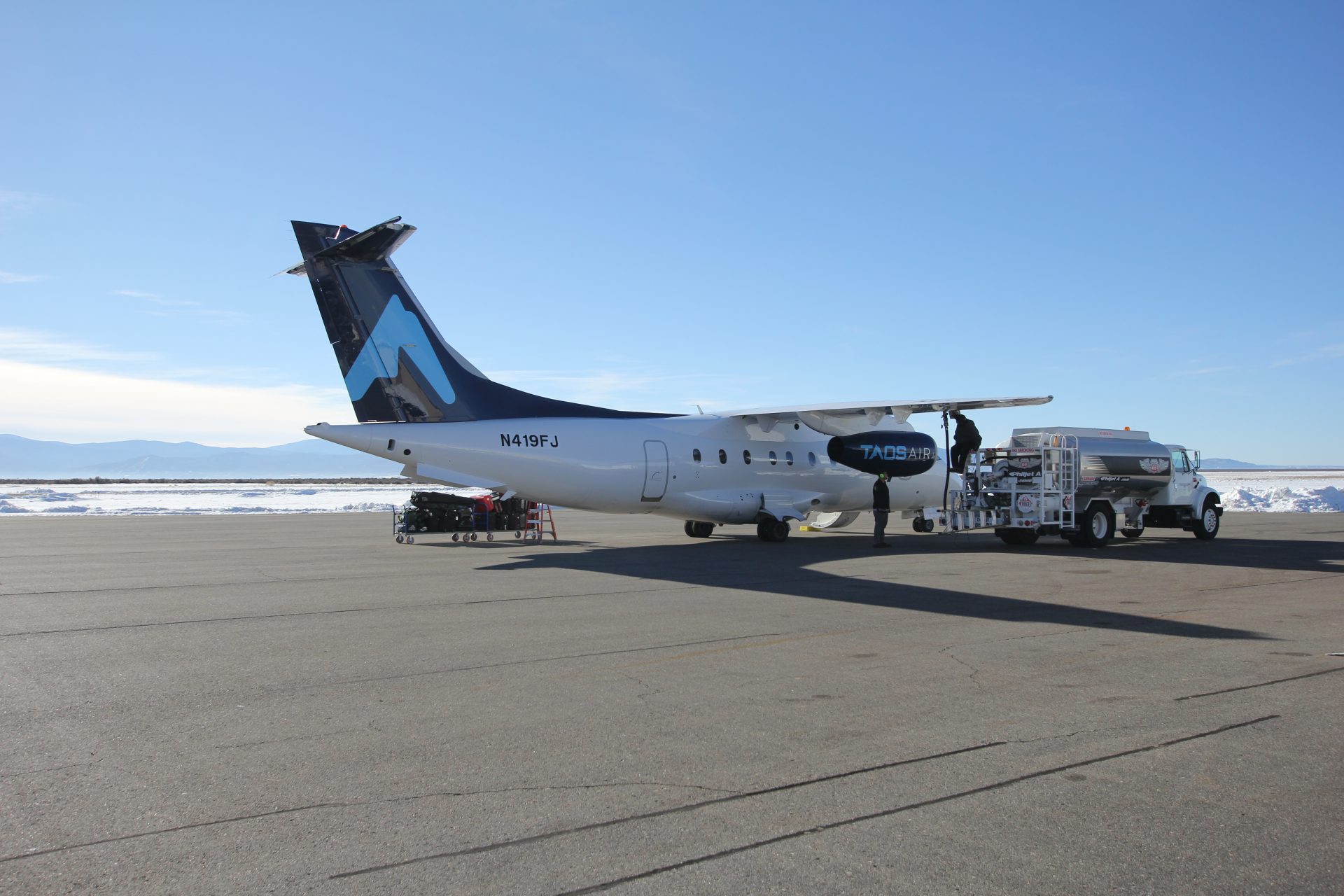 The aircraft prepares to operate a Dallas-Love turn after arriving in Taos. Inside the cabin of Taos Air’s Dornier 328JET. (Photo: AirlineGeeks | Mateen Kontoravdis)

A few minutes after crossing the state line into New Mexico, we began our descent into Taos. After a unique first experience onboard the Dornier 328JET, we were deplaning just over two hours after parking my car at the Austin FBO earlier in the day.

Taos Ski Valley offers a shuttle service for passengers to the ski resort. By the time our bus departed for the Ski Valley, our aircraft was already on its way to Dallas-Love. 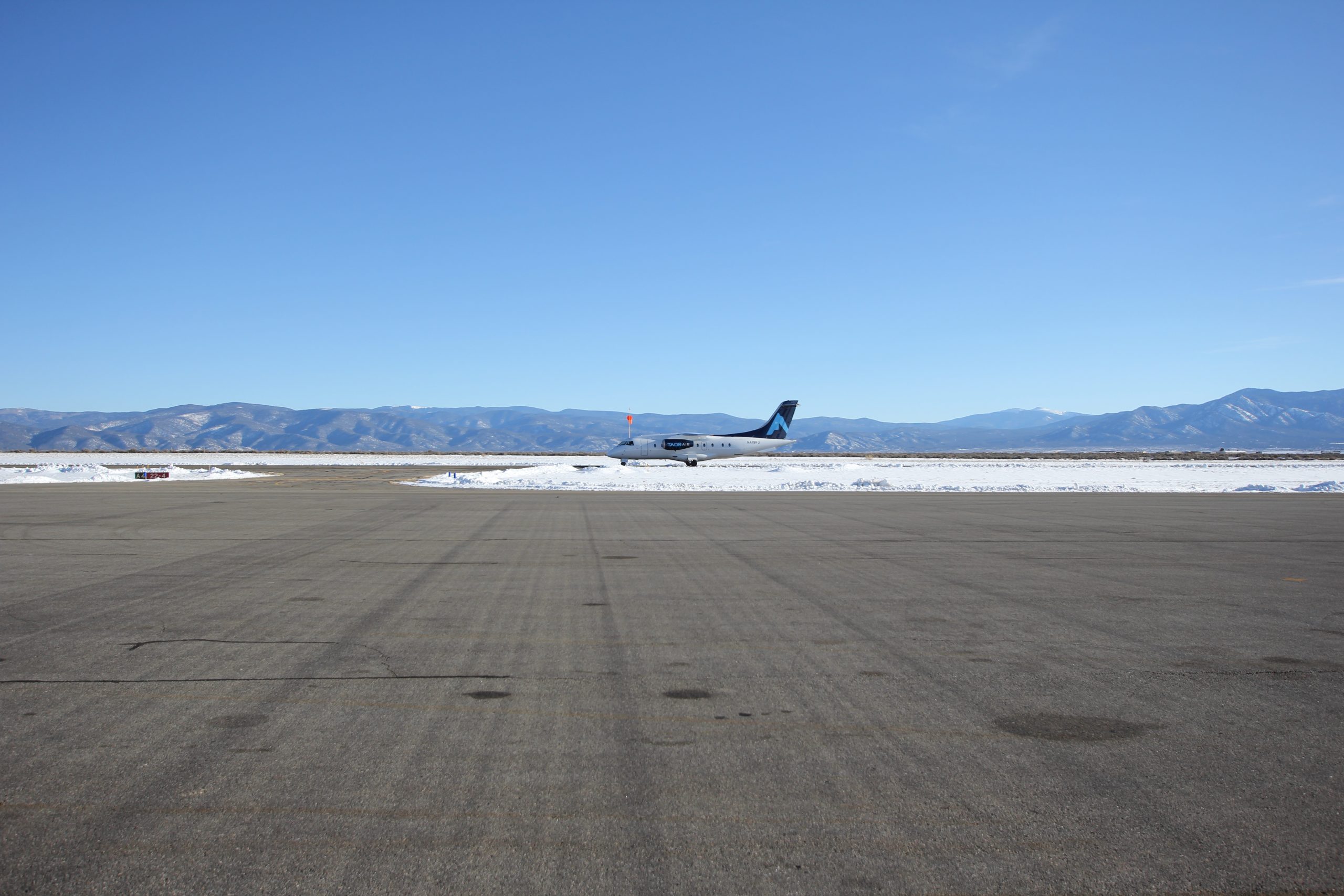 After a short visit to the Ski Valley, I headed back to the airport and boarded the evening return flight to Austin. The return flight was operated by the same crew and by 8:00 p.m. we were back at the Austin FBO. 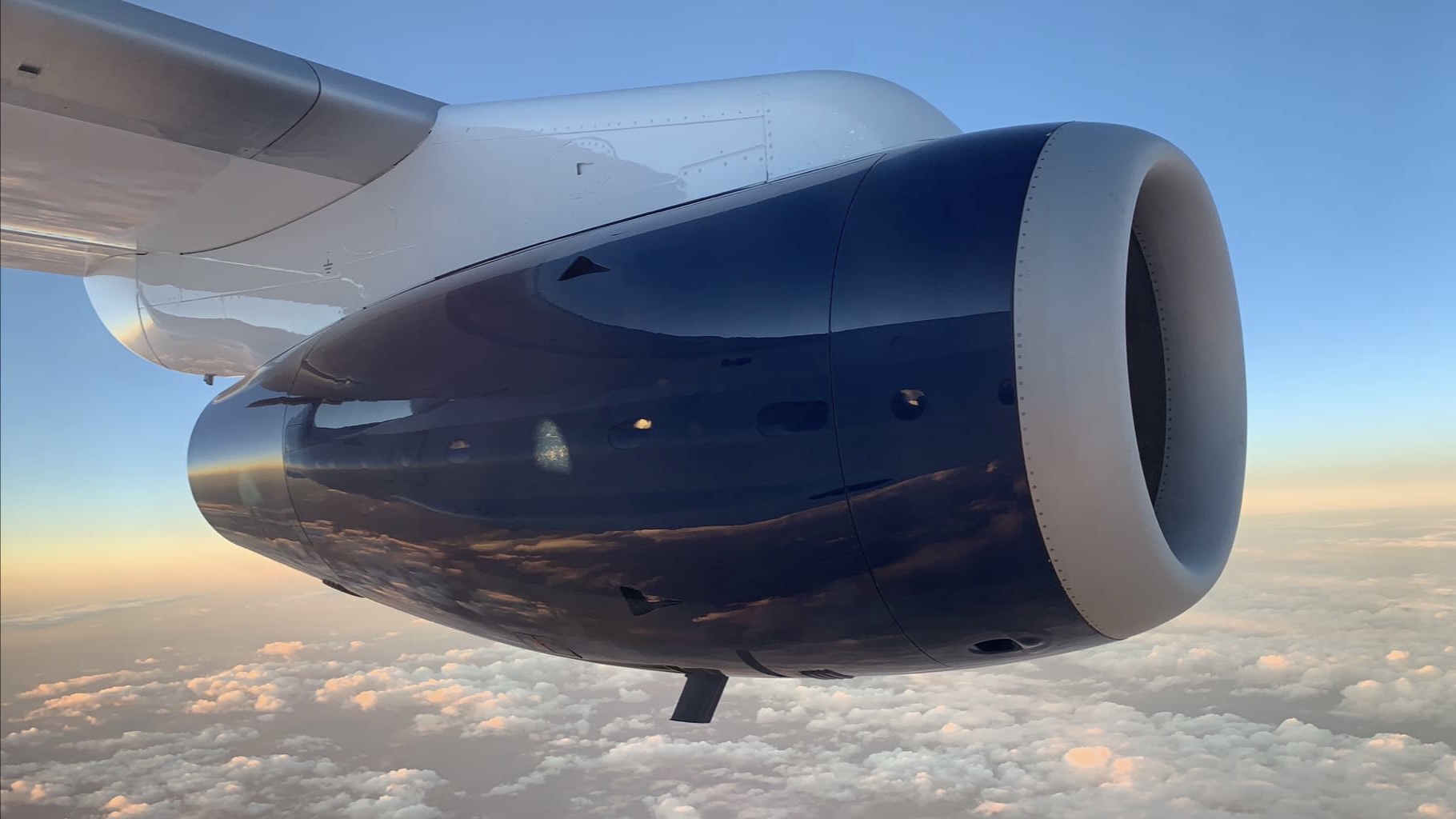 Sunset view from the Dornier 328JET on the flight back to Austin. (Photo: AirlineGeeks | Mateen Kontoravdis)

All in all, Taos Air offered a convenient and friendly experience when I flew with them. As domestic travel returns in full force and new players enter the playing field, it will be interesting to see if anyone attempts to compete directly with Taos Air in the niche markets that it serves.