As of Tuesday afternoon, Southwest became the first airline in the U.S. to take delivery of the 737 MAX 8. According to the airline, they will begin working to get the aircraft on schedule for the launch of passenger flights on Oct. 1. 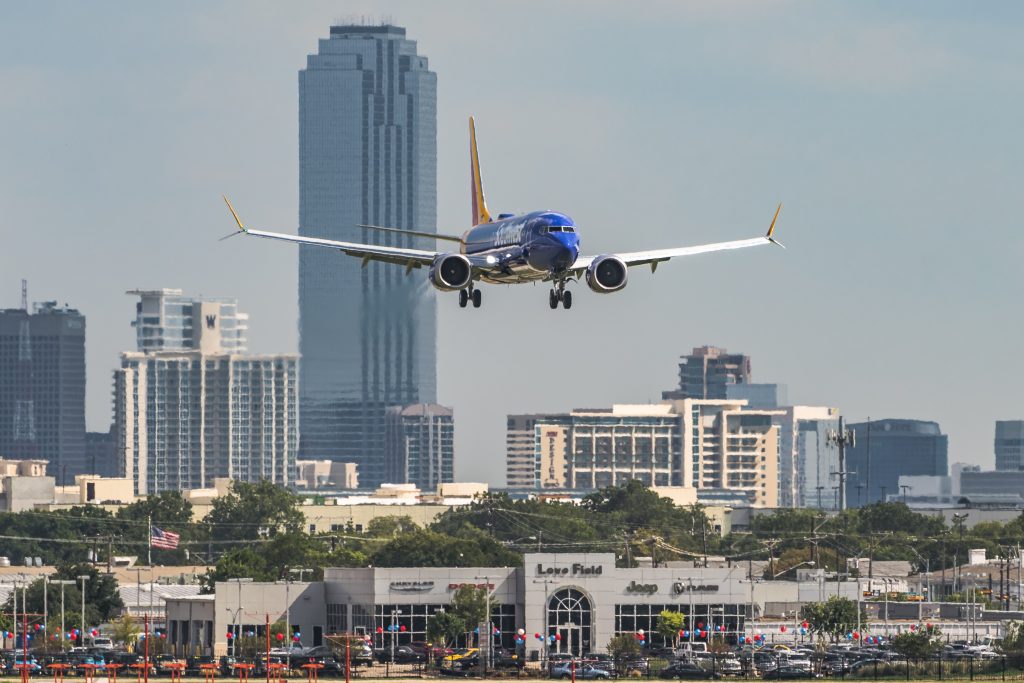 Southwest’s 737 MAX with a glimpse of the Dallas skyline (Photo: Josh Smith)

The carrier’s initial route network for the 737 MAX 8 includes various cities, often on longer flights, such as Baltimore, Denver, Las Vegas, Los Angeles, Phoenix, Chicago, and Orlando, among others. The scheduling will allow overnights at crew and maintenance hubs. 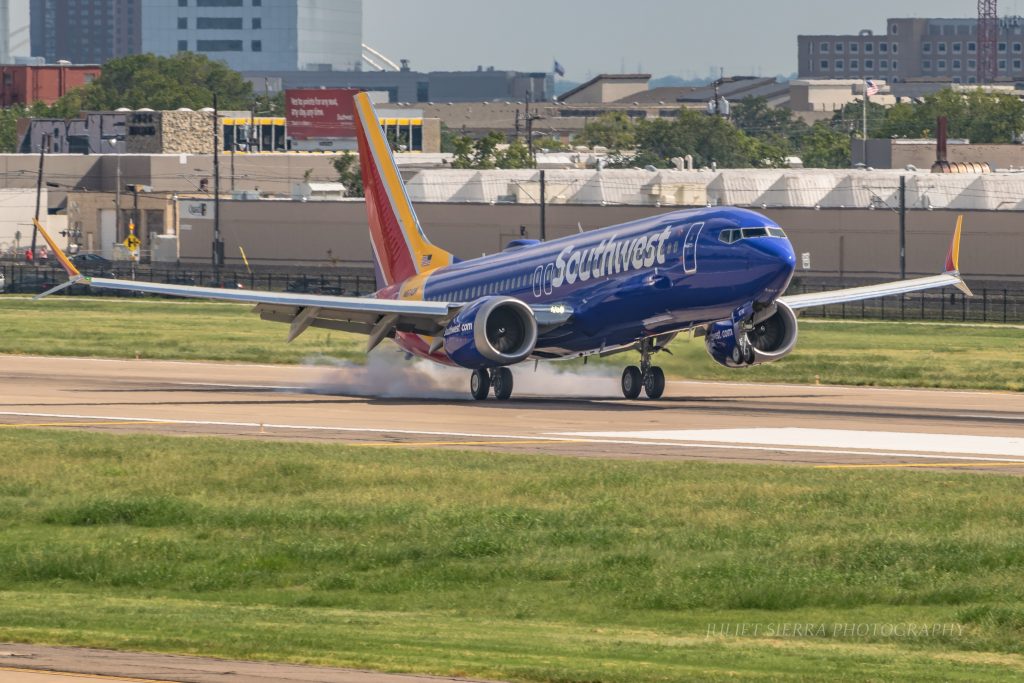 The first three flights, operated as WN1, WN2, and WN3 respectively, are scheduled to fly Dallas to Houston, Houston to San Antonio, and San Antonio to Dallas on Oct. 1.  These flights pay homage to the carrier’s 1970s roots when they began customer operations with only three Boeing 737-200s. 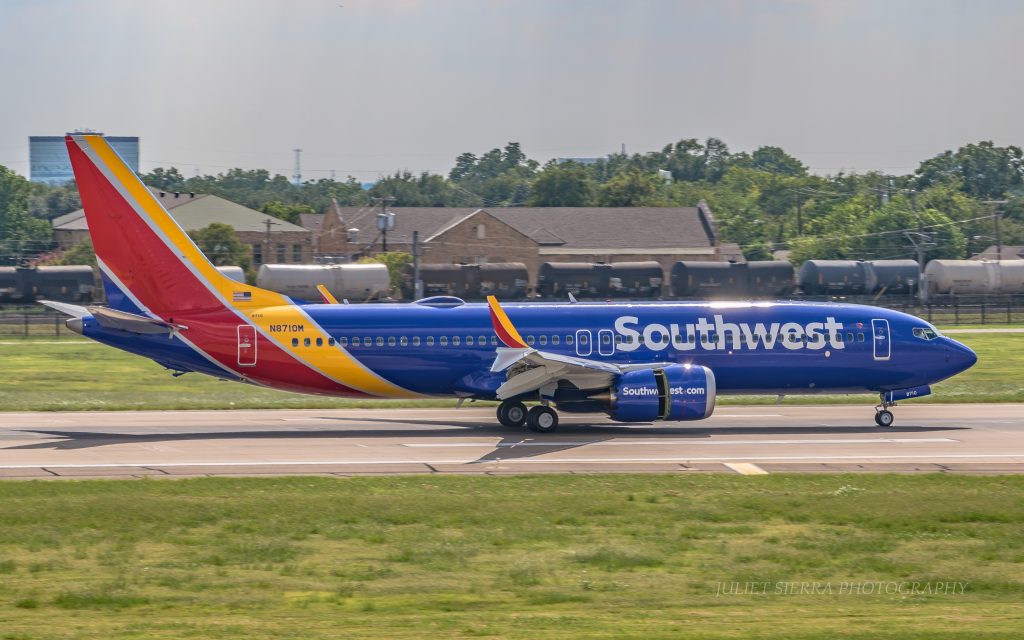 N8710M was the first Southwest 737 MAX aircraft to land in Dallas, while other deliveries are expected later in the week.

Southwest initially did not confirm the delivery flight as a spokesperson noted it as a “brief visit” to Dallas. Later, the airline told AirlineGeeks.com in a statement: “Southwest took delivery of the aircraft from Boeing, and we will continue our work to get the aircraft ready to enter the Southwest schedule on Oct. 1. More delivery details will be available this week,” a spokesperson said. 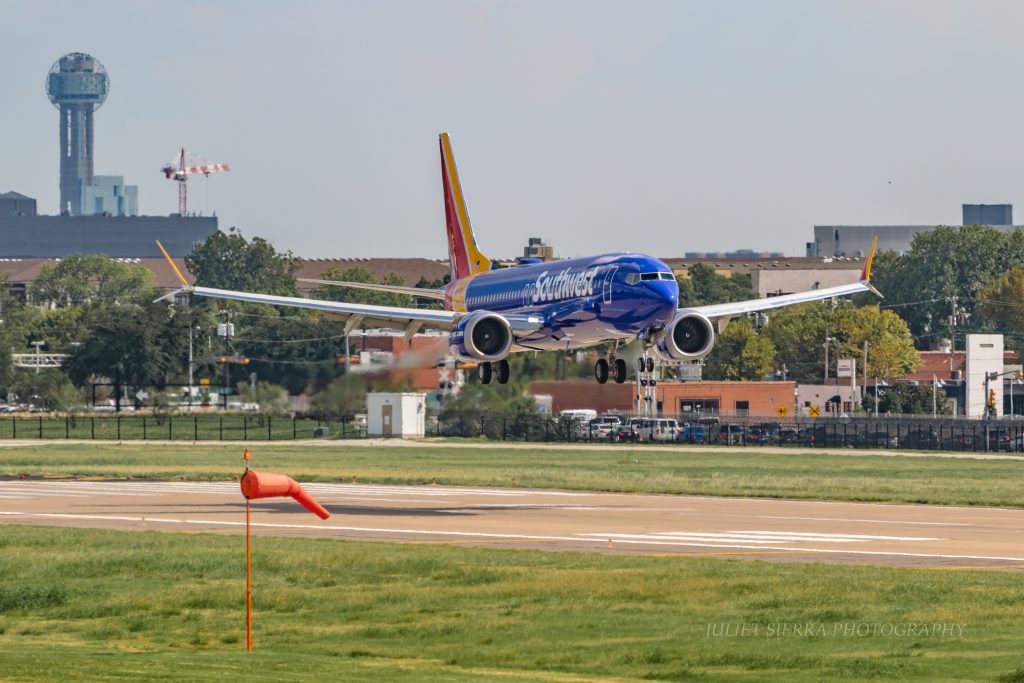 The airline is still working to recover from the effects of Hurricane Harvey at its Houston-Hobby hub with regular operations not expected to begin until Saturday.