A JSX Embraer ERJ-135 at Seattle’s Boeing Field loading up for a flight to Oakland (Photo: AirlineGeeks | Joey Gerardi)

As air travel begins to slowly pick up, carriers are beginning to reinstate routes it were forced to cut. But Dallas-based JSX, formally JetSuiteX, has announced seven new routes to its route network. This includes a mixture of pop-up, seasonal, and year-round flights.

The carrier is known for starting pop up flights. These are usually for routes that don’t warrant enough service to be year-round or even seasonal but have a dramatic increase in demand for a very short period of time and then non-existent demand shortly after.

One such pop-up city the carrier had operated in the past was Coachella, California. The airline operated around eight-to-ten round trip flights between Coachella and the Burbank, Oakland, and Orange County airports in California.

The flights into the Coachella Valley operated via the Jacqueline Cochran Regional Airport in Thermal, Calif., located just 15 minutes away from the valley. This year’s pop up cities includes Dallas via Love Field, White Plains, N.Y. via the Westchester County Airport, and Pinehurst, N.C. via the Pinehurst Regional Airport.

Flights to Pinehurst are in a package deal offered by the Pinehurst Resort which claims to offer the “ultimate outing to travel and tee off in style.” Flights will only run for two to three weeks around mid-July flying only on Thursdays and Sundays.

There only appears to be one round trip flight from Texas to the North Carolinian city and back. The outbound will depart Dallas on Thursday, July 9, and the return flight will depart Pinehurst on Sunday, July 12.

Those interested in buying a ticket for the flights to the North Carolina city are part of an all-inclusive golf weekend package that is sold by the Pinehurst Resort for a sum of between $2,500 and $3,000.

But if you absolutely have to try out these flights to Pinehurst and don’t want to go golfing, each flight is available on the JSX website for the price of $600 for a one-way ticket from either Dallas or White Plains. 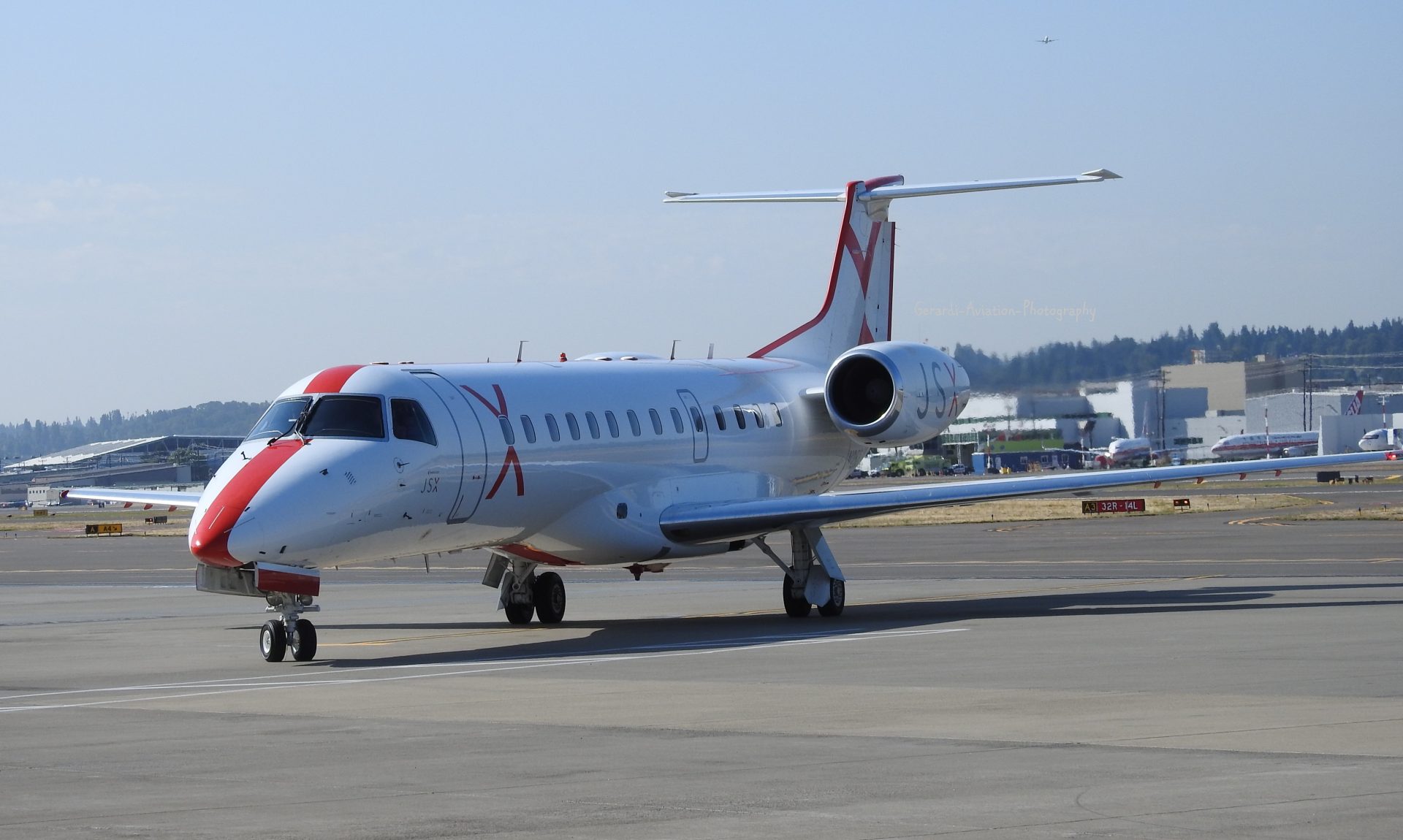 If you plan on saving your money for the casinos then you might not find yourself on one of JSX flights as a one-way ticket between these two cities will cost you anywhere from $299 up to $899.

Although the flights may not be the cheapest, it is still an accomplishment for the carrier as this will be their first scheduled service into Dallas despite being headquartered here since it was founded in 2016.

The new flights between Orange County Airport and Phoenix will begin on July 23 and will operate on Sundays, Mondays, Thursdays, and Fridays.

This will bring the destinations served by the carrier out of Phoenix to three, Oakland service from the airport was discontinued in the Spring of 2020 due to COVID-19.

Monterey, Calif. is another new city for the hop-on-hop-off carrier with flights to the city beginning on July 2, 2020. This destination is to be served seasonally but it is unclear when it will end as flights are bookable on the carrier’s website as far out as their fare calendar goes, end of September.

Flights departing the middle-California airport to Orange County, Calif. beginning on July 2, and will operate on a flight per day on Sundays, Mondays, Thursdays, and Fridays.

Beginning on July 23, the carrier will begin flights from Monterey to Burbank on the same weekly schedule as the Orange County flights which will also be flown once per day.

Seattle’s Boeing Field is a relatively new city for the carrier as it began service here just a year ago on July 1, 2019 with three-daily flights from Oakland. The flights went so well that JSX increased the frequency to four-times a day in the Fall of 2019. Back in January the carrier announced a new destination from Boeing Field, Portland, Ore. that was due to begin back on April 2, but due to COVID-19, that plan was scrapped.

In addition to the newly announced route from Seattle’s smallest commercial airport to the Oregon city being scrapped, the service from the field to Oakland was stopped abruptly in the beginning of April 2020 due to the growing number of people with the virus in the Seattle area. 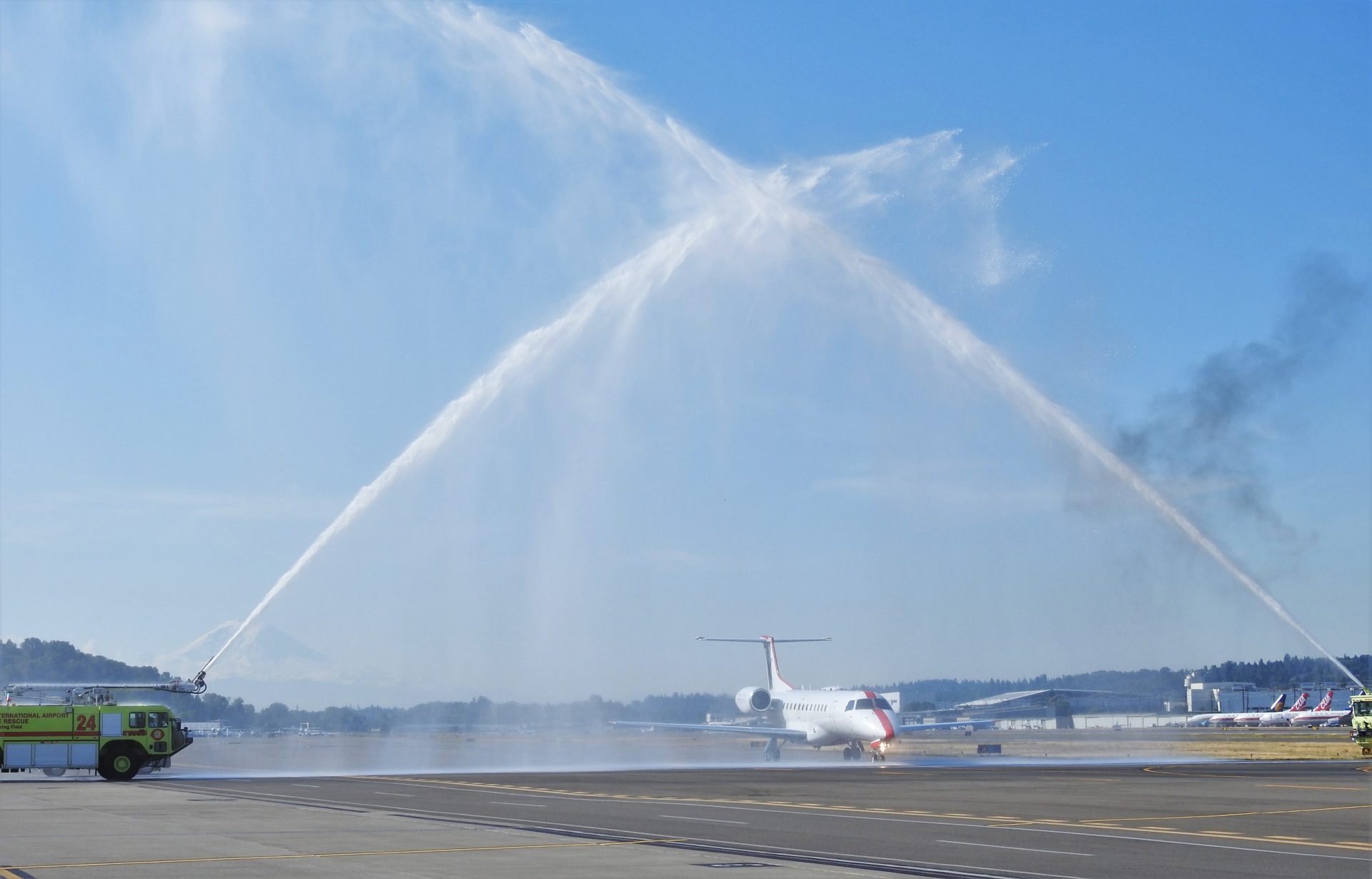 Just recently the Dallas-based carrier announced intentions to restart service to the Seattle airport but this time from Las Vegas. Flights are scheduled to begin on July 23 and will operate one flight a day on Sundays, Mondays, Thursdays, and Fridays.

The new service will be the longest flight in the JSX network, not counting the temporary pop-up flights out of Pinehurst, N.C. and Dallas-Love Field. The flight has scheduled flight time at 2-Hours and 15-Minutes spanning 871-Miles. The previous record holder of the longest scheduled JSX flight was at 677-Miles and also departed out of King County International but instead went to Oakland.

There has been no word from the carrier on when flights between Boeing Field and Oakland would restart, or when flights to Portland, Ore. would start.

The carrier was scheduled to begin services to the Reno-Tahoe Airport in the spring of 2020 but had the plans put on hold due to the virus. JSX has yet to announce whether or not it would begin flying to the Nevadan city. 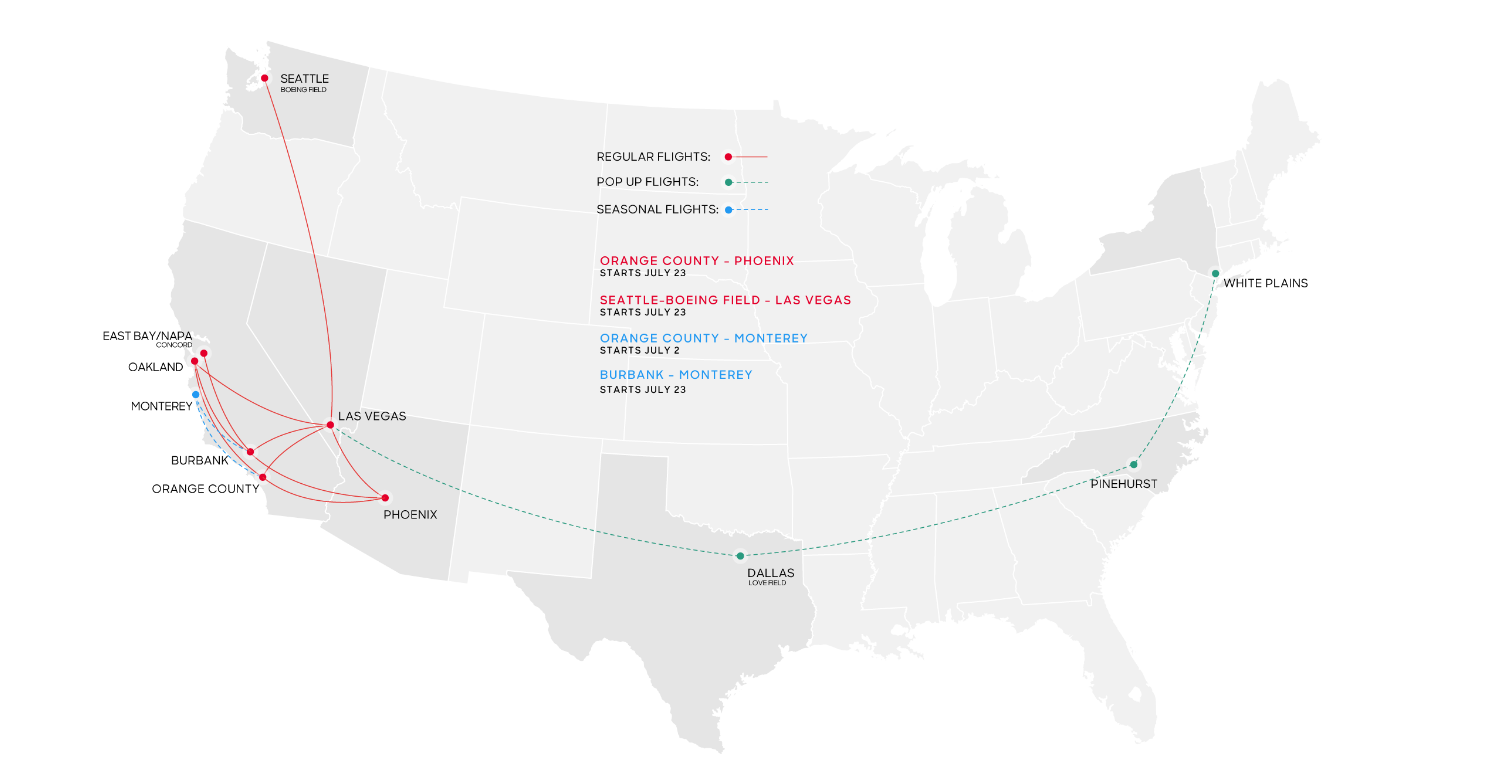 AirlineGeeks reached out to JSX for comment but did not receive a response by the time of publication.