Deep Dive: The Shortest Routes of the Major US Carriers

With air travel picking back up around the globe, Singapore Airlines has resumed the longest flight in the world from the city-state of Singapore to New York City. Though unlike before the pandemic, the flight now operates into New York’s John F. Kennedy International Airport rather than across the Upper New York Bay in Newark, N.J.

This article will be in two parts. The first will list the country’s major carriers, the second will go over U.S. commuter airlines’ shortest hops.

The shortest route of all of the U.S.’s major carriers is part of the Milk Run, truly a route on every avgeek’s bucket list. The flight operates between Seattle and Anchorage with multiple stops along the route to small communities in the panhandle in southeast Alaska. The northbound Milk Run — flight 65 — and the southbound flight 64 both contain the airline’s shortest route.

The flight from Wrangell, Alaska to Petersburg, Alaska covers a distance of only 31 miles and can take as little as eight minutes if the winds are right. The route can also take as long as 15-minutes if the flight path ventures around the mountains versus through them. 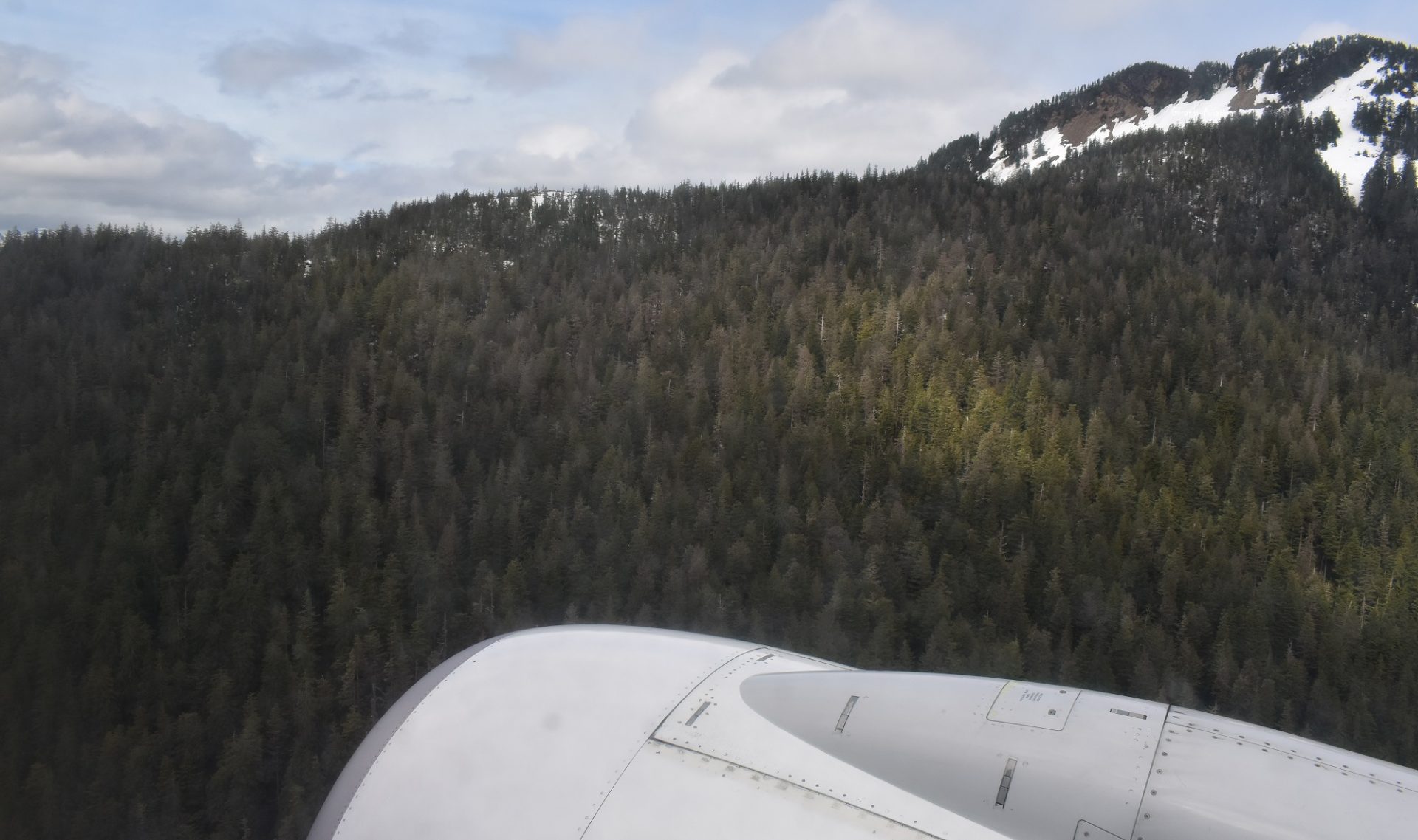 The route is unique in that pilots will usually fly VFR — short for Visual Flight Rules — meaning they have to be able to see where they are flying, and the entire route is hand flown rather than by using autopilot. On average, the flight usually has a cruising altitude somewhere between 2,000 and 5,500 feet.

This route is flown using the Boeing 737-700 and is operated by mainline Alaska Airlines.

The Las Vegas-based carrier operates its shortest route from its Nevada base, and it operates to one of the airline’s newer destinations. The route leaves Las Vegas and heads southwest for approximately 220 miles to John Wayne Airport located in Santa Ana, Calif.

Allegiant began service to Santa Ana less than six months ago, in February, and operates 10 nonstops from the California city. The route to John Wayne from Vegas is only 10 miles shorter than the route to LAX. 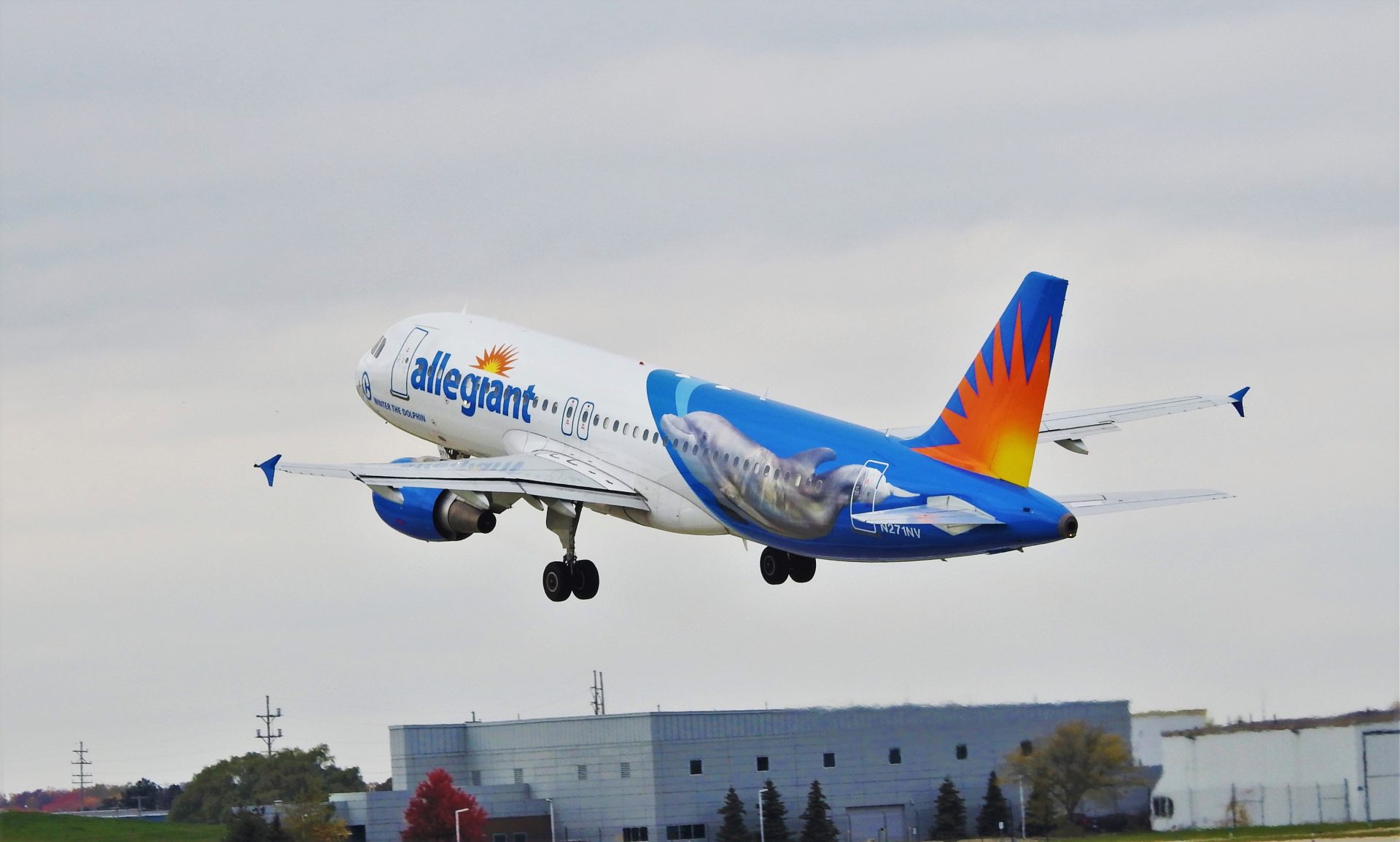 At the time of writing, they currently operate the flight only twice weekly but will increase to four and even five times per week come mid-August. Flights are operated by a mixture of Airbus A319 and A320 aircraft.

American Airlines’ shortest route isn’t actually operated by American, but instead one of its regional carriers. The route goes from the carrier’s powerhouse hub at Chicago’s O’Hare International Airport 67 miles north to Milwaukee.

This route is normally operated using a mixture of CRJ-700 and Embraer E145 aircraft and is operated by either SkyWest or Envoy depending on the aircraft type. That’s not to say there isn’t the occasional aircraft swap on the route, but it’s rare. 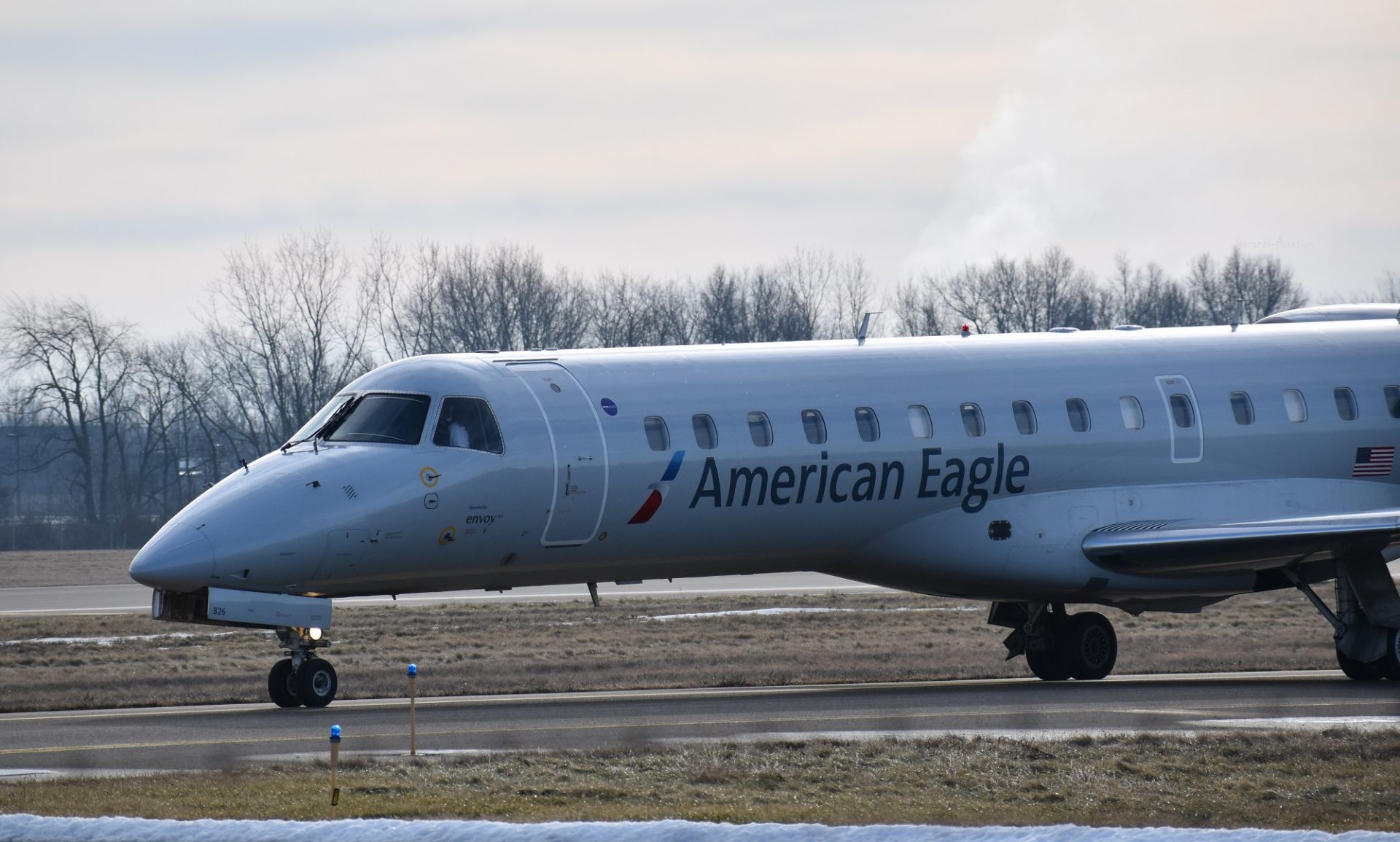 The short route is flown four times per day, but can sometimes see up to six daily flights during peak and holiday seasons. The airline directly competes on this sector with United Airlines.

The next airline’s shortest route is also in the Midwest, specifically the state of Michigan. This route operates from the state’s capital city, Lansing, to the busiest city in the state, Detroit. The flight spans approximately 76 miles and can take only 20 minutes inflight depending on the traffic flow into and out of Detroit. 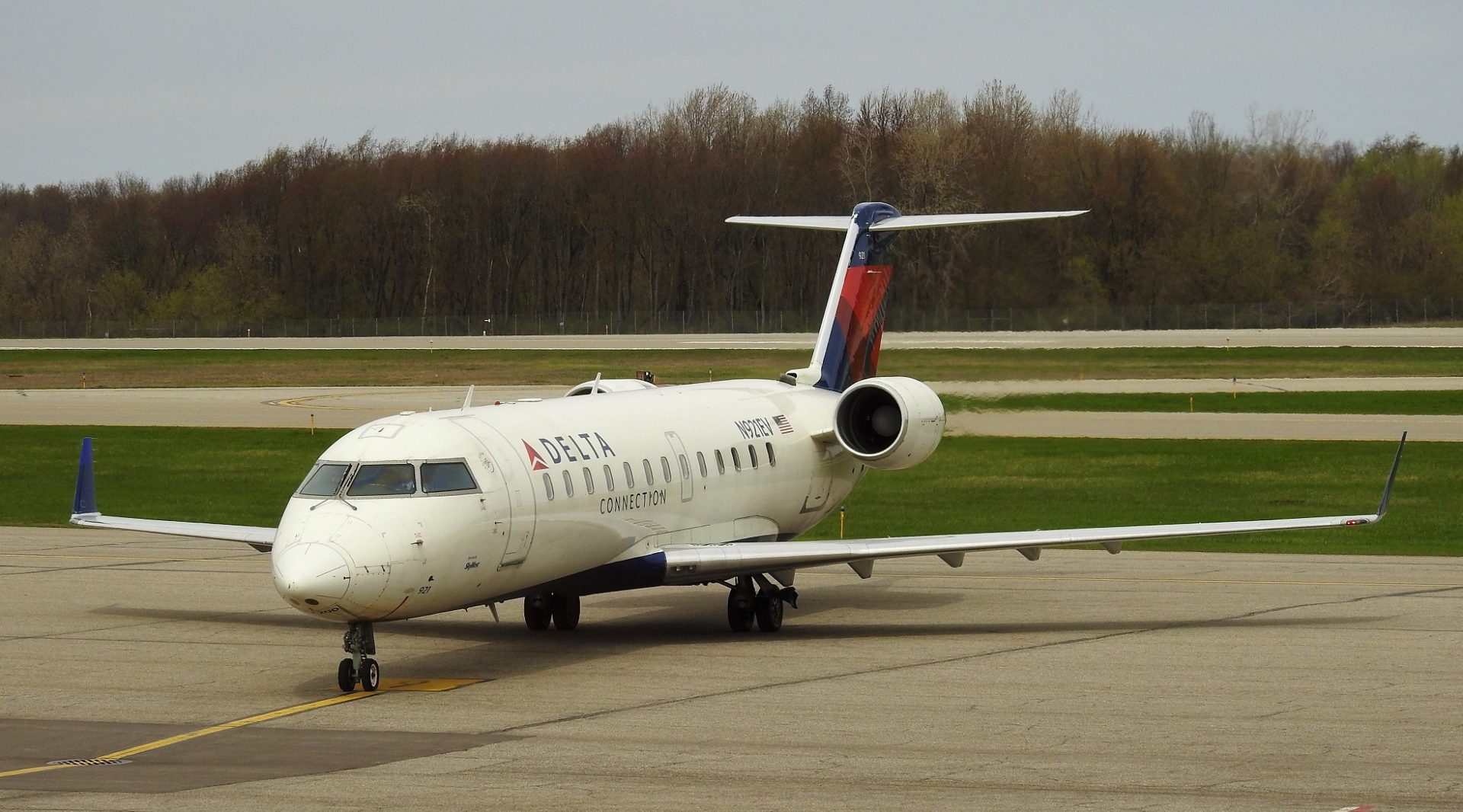 The route sees at least three daily flights but has seen as many as six in the past. It is flown using the 50-seat CRJ-200. Michigan State University is located in Lansing, meaning it’s not out of the ordinary to see at least six or seven passengers wearing the university’s Spartan logo. Lansing to Detroit can be operated by any of Delta’s regional carriers, but the carriers most frequently seen on the route are Endeavor and SkyWest.

The Denver-based carrier’s shortest route is not where someone might expect it to be. In fact, it doesn’t even touch the contiguous U.S. or even one of the airline’s focus cities. It operates between San Juan, Puerto Rico and St. Thomas in the U.S. Virgin Islands. This route is 68 miles long and only operates on Saturdays using an Airbus 320 aircraft through the beginning of September. 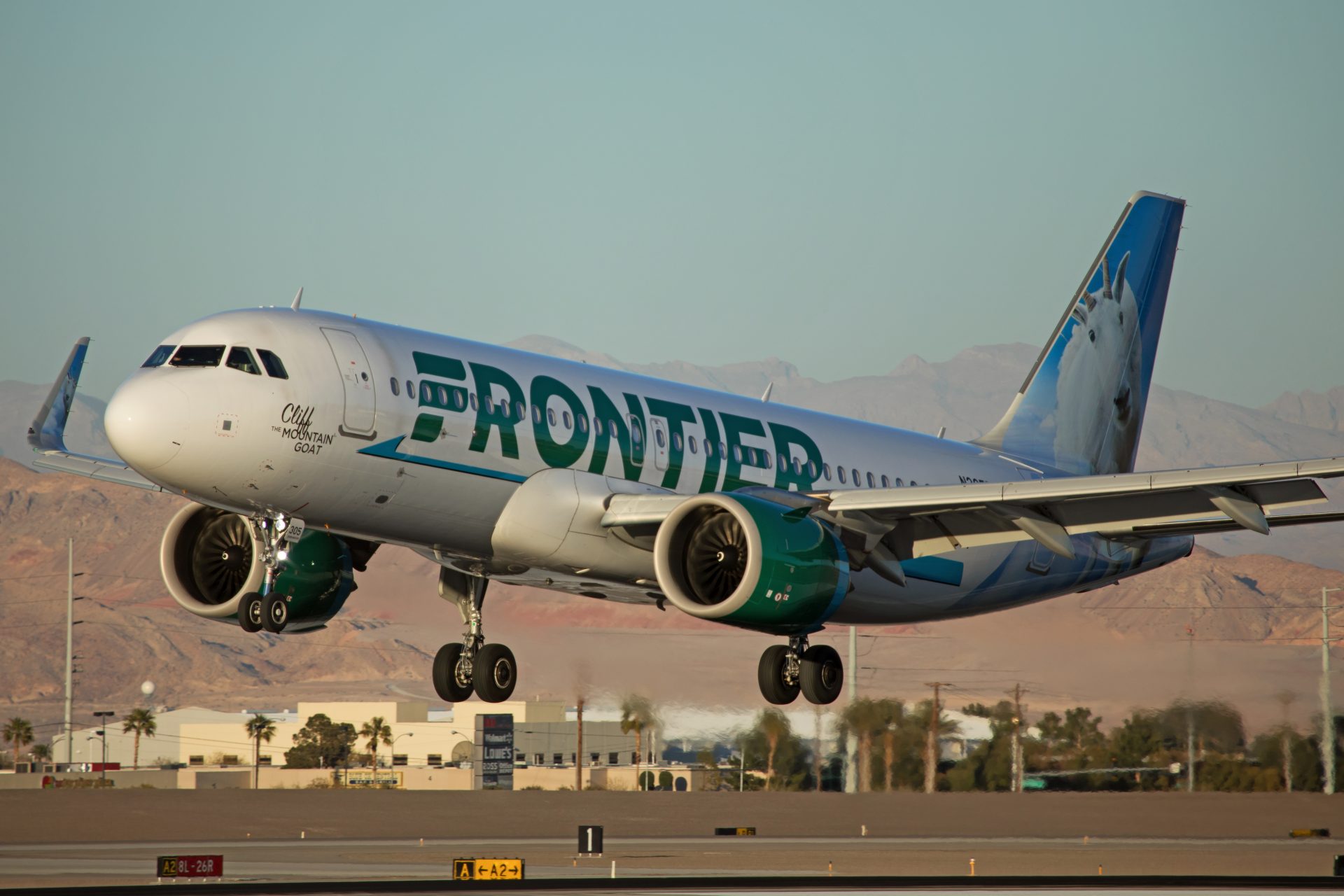 Frontier will compete with four other airlines on the San Juan to St. Thomas route: Cape Air, JetBlue, Silver Airways and Air Sunshine. Since the route is only operating for two more months, come the second week of September, Miami to Nassau, Bahamas will become the shortest route operated by the airline. The Miami to Nassau route will operate twice weekly from September on and will also operate on the Airbus A320 aircraft.

The Honolulu-based carrier has a strong fleet of Boeing 717 that it uses on most of the inter-island flights it operates. The shortest flight for Hawaiian is between Kahului on the island of Maui and Kona on the Big Island, the route operates three daily flights and spans a distance of 84 miles. The airline competes on the route with Southern Airways Express and Southwest Airlines. 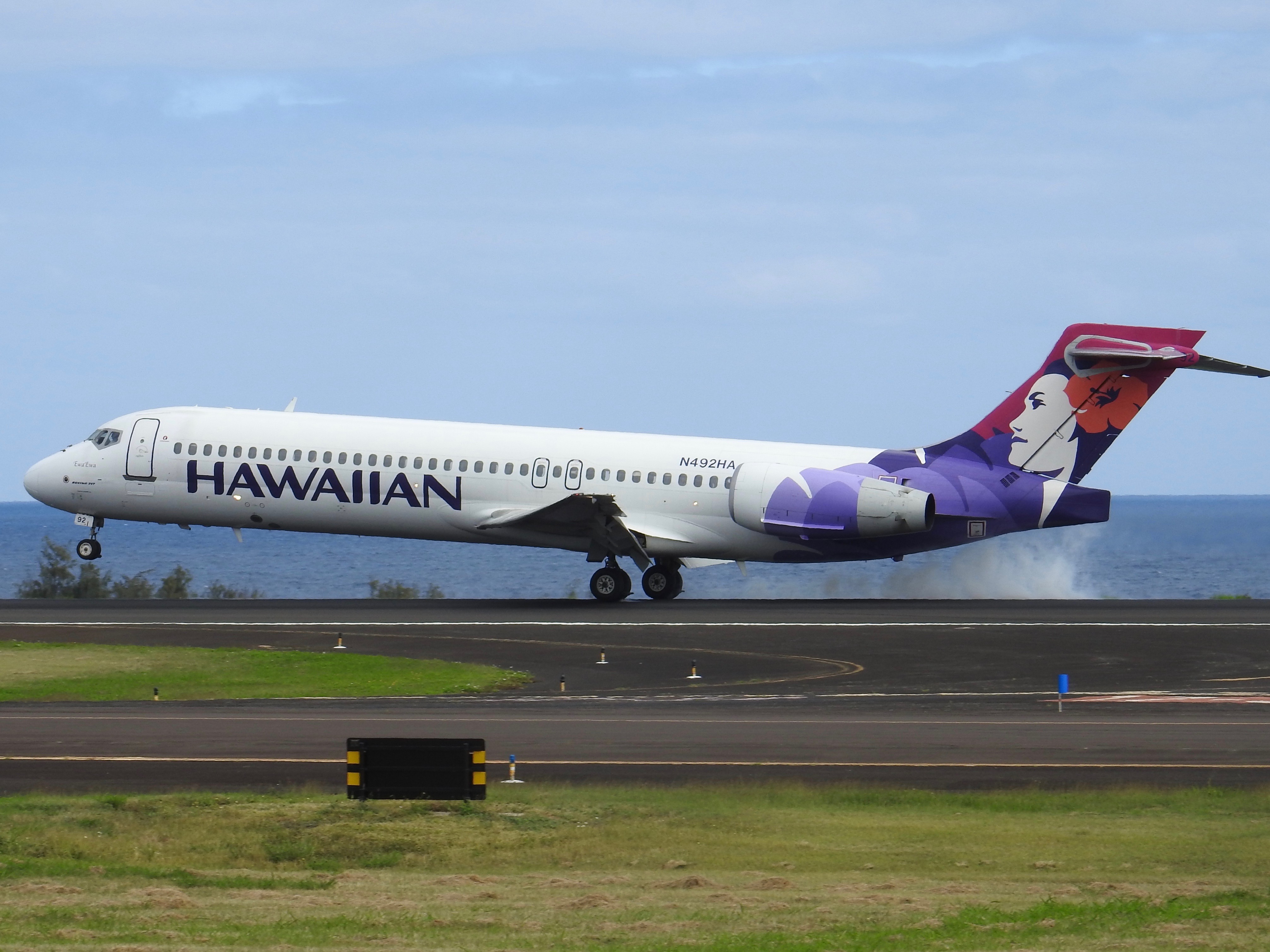 Hawaiian Airlines recently announced the permanent suspension of Its ‘Ohana By Hawaiian’ service that operated to the islands of Molokai and Lanai on ATR-42 and ATR-72 aircraft. Those routes did hold the title for the shortest route, but now that they are gone, the title once again goes back to the Kona-Kahului route.

The New York City-based carrier’s shortest route is also in the Caribbean and is the same as Frontier’s: from San Juan to St. Thomas. This 68 mile sector is flown by the carrier daily year-round with one of the carrier’s many Embraer E190 Aircraft. 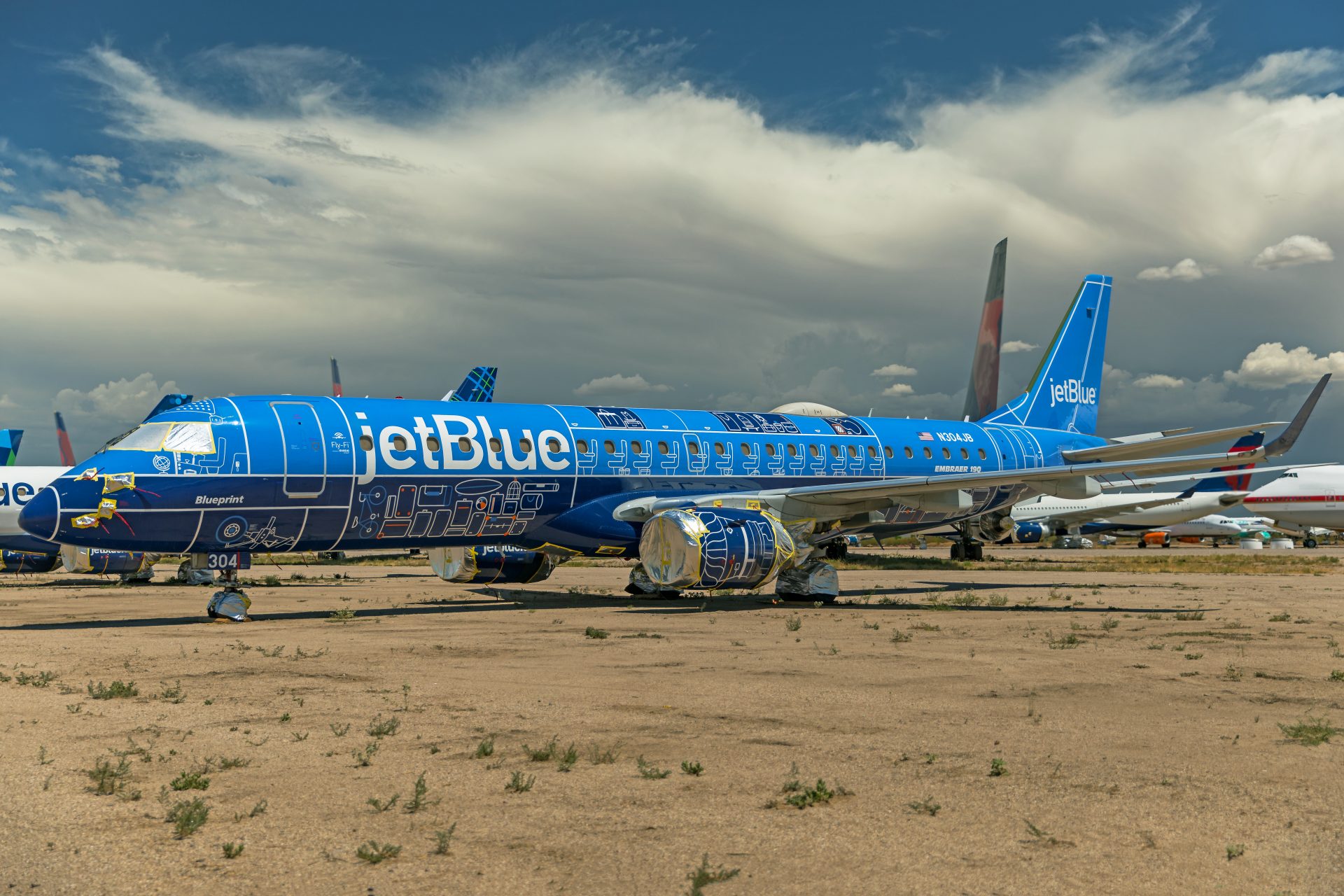 Unlike Frontier, JetBlue does operate a focus city out of the Puerto Rican city and operates a number of flights around the Caribbean from the island hub.

In March, the carrier began service to Colorado Springs, Colo. from five of its hubs, one of which was short enough to take the crown away from the Kahului-Kona route as the airline’s shortest. The 73-mile route from Colorado Springs to the carrier’s Denver hub now holds the place as the shortest route it operates. The inaugural flight into the city was actually along this route, and of all aircraft, was flown onboard the carriers specially painted “Colorado One.” 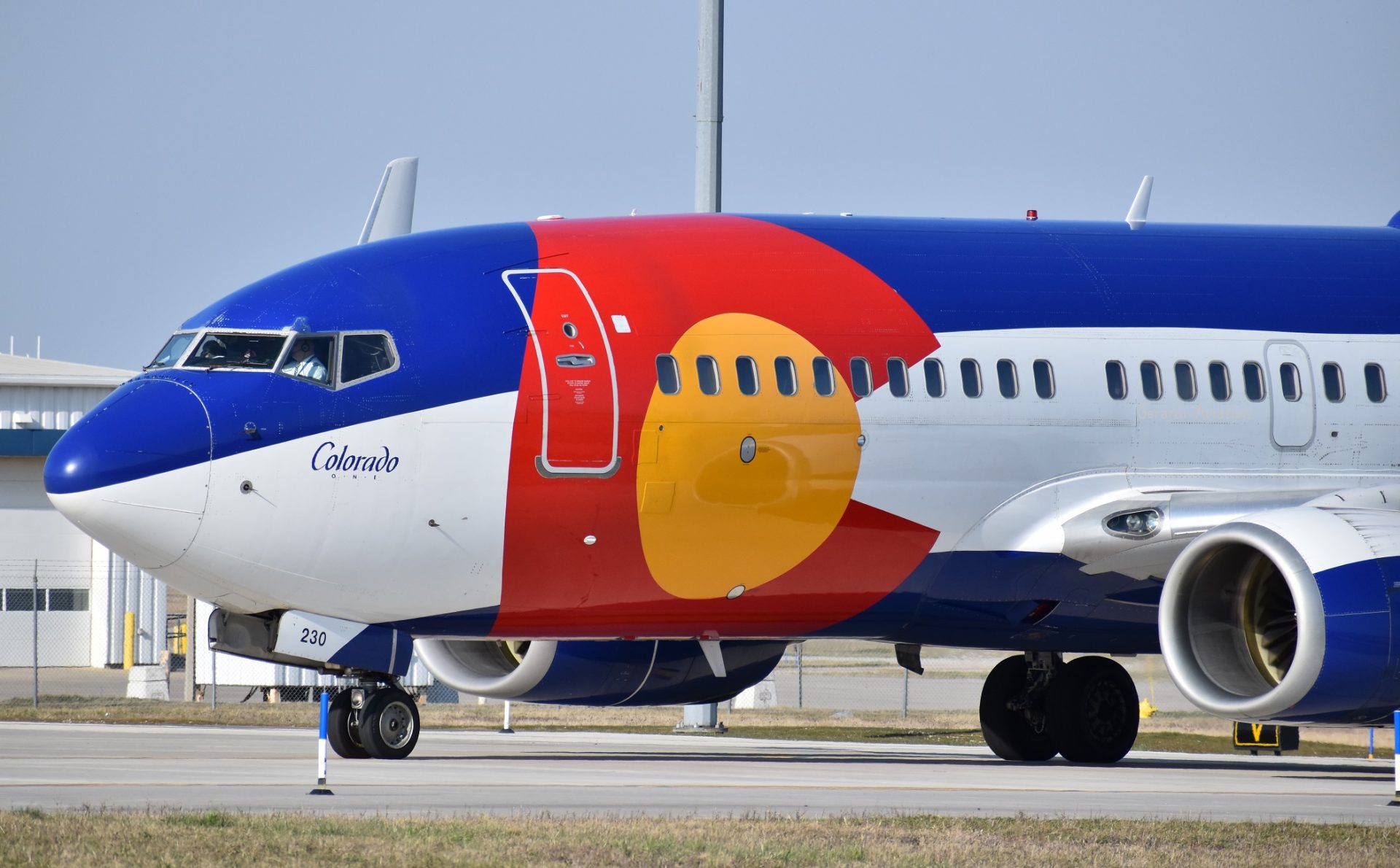 The Miramar, Fla.-based airline is keeping close to home with their shortest route. The 177-mile route operates between two of its hubs, flying from Fort Lauderdale to Orlando, and is flown by the carrier three times per day. 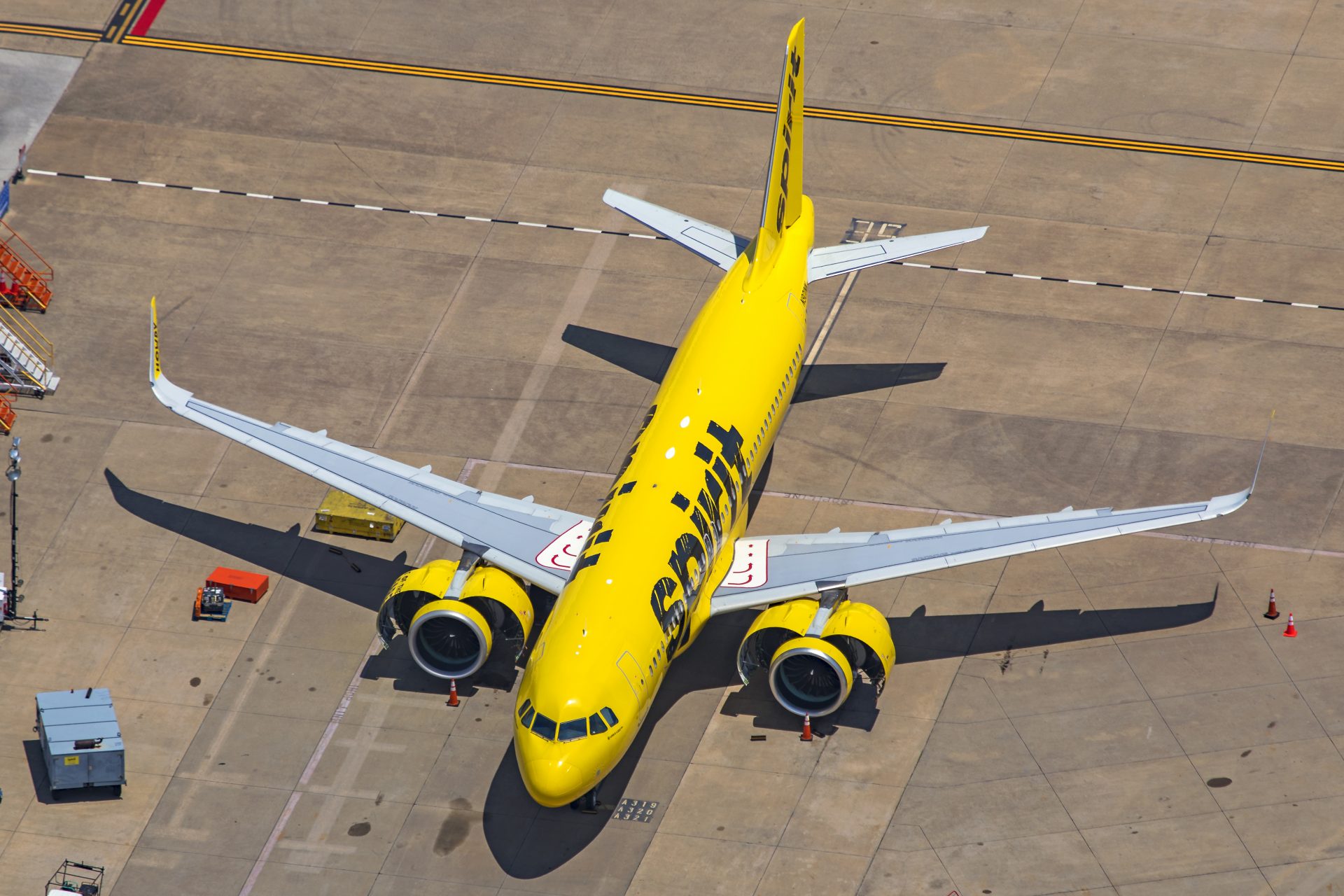 The carrier competes on the route with two other carriers, Silver Airways and Southwest Airlines. Silver operates Saab340s and ATR-42/72s on the route, and Southwest operates the Boeing 737 along the route. It’s a unique pairing as all three of the carriers operate hubs at both Fort Lauderdale and Orlando

The Chicago-based carrier’s current shortest route is the same as American Airlines’, the 67-mile sector between Milwaukee and Chicago, but this is only for a short time. They operate the route six times per day using CRJ-200 aircraft, although it does see the occasional aircraft swap. 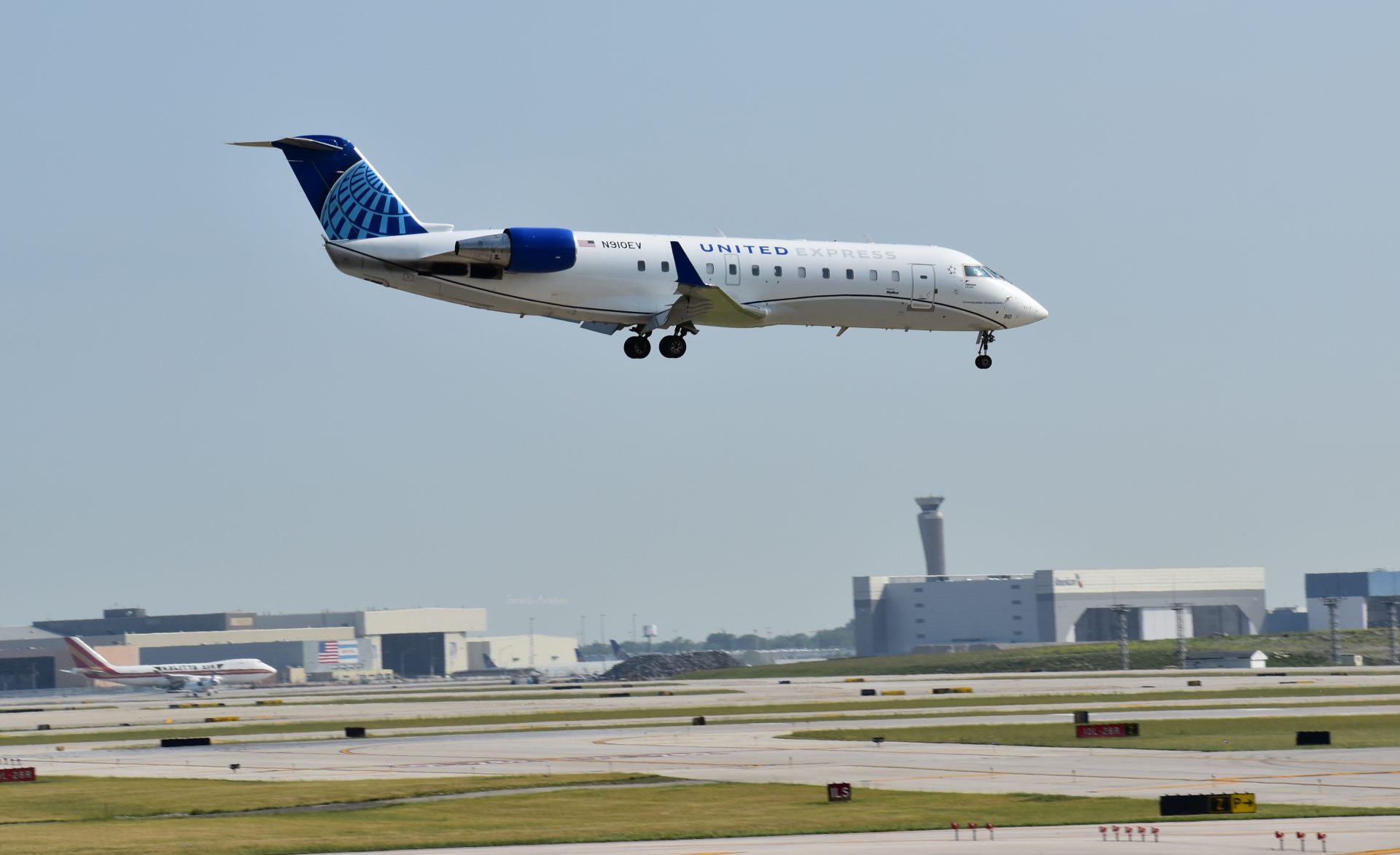 This will only be United’s shortest route for a little while. In August 2021, the carrier will resume nonstop flights between Santa Rosa, Calif. and San Francisco, a route that is 66 miles long, only one mile shorter than Milwaukee to Chicago. When that route restarts, it will be flown only once daily using the CRJ-200 aircraft.