On Thursday, the Airbus A330neo underwent its maiden voyage departing from the airframer’s headquarters in Toulouse, France.

Launched back in 2014 at the Farnborough Air Show, the A330neo was advertised to provide a 14 percent reduction in fuel burn per seat as well as extending its range by 400nm.

Although the aircraft has a 95 percent airframe commonality with the A330ceo, the most noticeable difference from its predecessor will be a new wing, including the addition of A350 styled winglets contributing to the reduction in fuel burn. 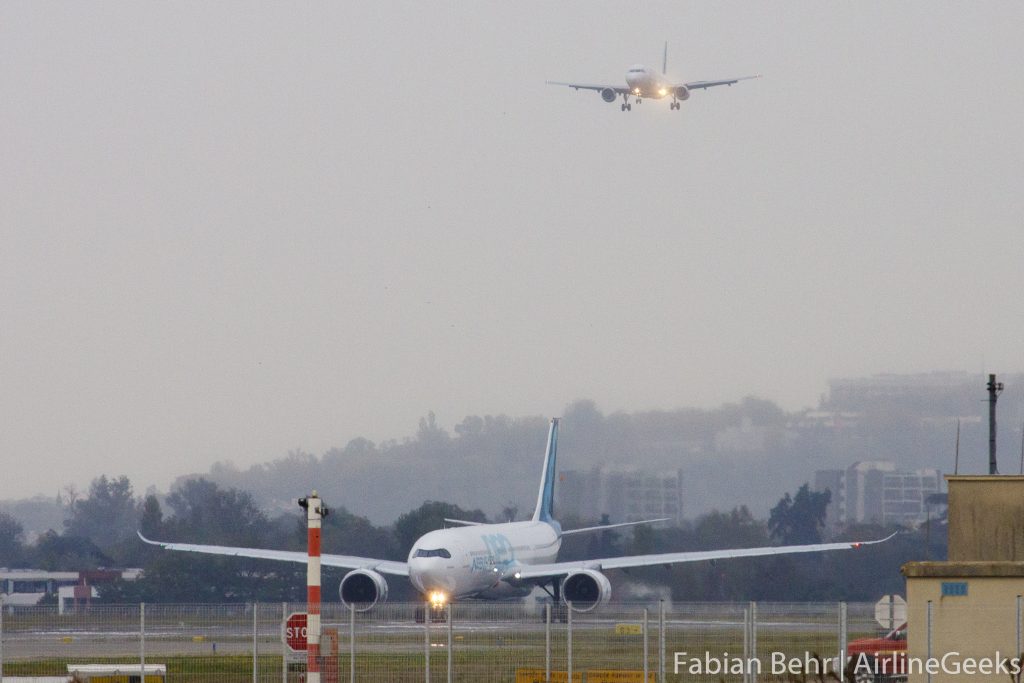 Following the maiden flight, the type will need to accumulate around 1,400 hours to validate and assess handling characteristics, system operations, engine performance and cabin functionalities, the test program will use two A330-900neos and one A330-800neo to achieve this. 1,100 flight hours will be spent with the -900 to acquire its EASA & FAA certifications whilst the remaining 300 hours will be for the -800’s own certification.

Out of the 212 combined orders, Hawaiian Airlines is the only operator taking the shortened A330-800 type with six orders. The rest of the orders for the A330-900 will see 66 delivered to AirAsia X, 28 to Iran Air, 25 to Delta Air Lines with the rest going to other airlines and leasing companies.

The first delivery is expected to go to TAP Air Portugal receiving the A330-900 variant in the middle of 2019. According to Airbus, airline pilots will be able to operate the A330neo, A350 XWB and A330 with one single certification – benefiting airlines such as Delta, TAP and AirAsia X who already operate A330s in their fleet.

Sun Country Airlines, an airline specializing in ultra-low-cost and charter operations in the United States, has restarted plans for an…

737 MAX May Be Back in European Skies by December

Fort Worth, Texas-based American Airlines reported earnings for the third quarter on Thursday morning, announcing a net loss of $2.4 billion on the back of $3.17 billion in revenue, a 73% revenue decrease from the same period in 2019. The company's stock dropped in early trading on Monday as the…

Singapore Airlines has announced its intentions to launch one of the longest non-stop flights in the world: it will return…

As part of its plan to mitigate the effects of COVID-19, which has left much of the world immobile, Finnair…

Air service changes have come in the state of Alaska. Seattle-based Alaska Airlines, with regional partner Horizon Air, announced the…